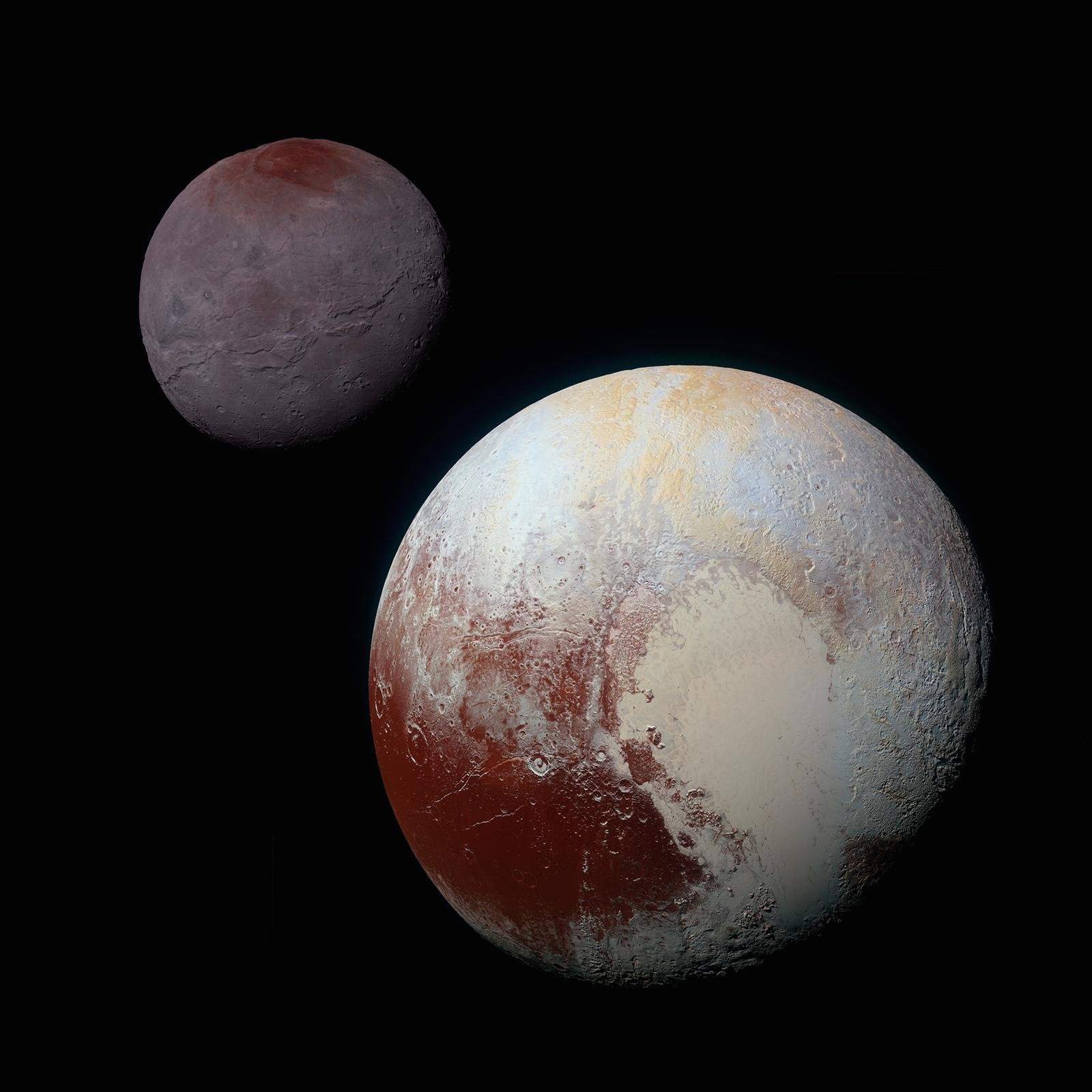 If you were born in the 90’s you may remember learning about the nine planets in the Solar System, and using acrostics to remember the names of all of them. But lo and behold, grandma lost her neck in 2006. Reclassified by the International Astronomical Union (UAI), today Pluto is considered a dwarf planet along with Ceres, Makemake and Eris in the Solar system. Learn more about this little planet.

Discovered in 1930 by American astronomer Clyde Tombaugh, Pluto it was named after the Roman god of the underworld. And indeed, he is practically in the underworld of our solar system. Located in the Kuiper Belt, the little planet it has a surface temperature of approximately -204°C, and can become even cooler depending on how far it is from the Sun during its orbit. 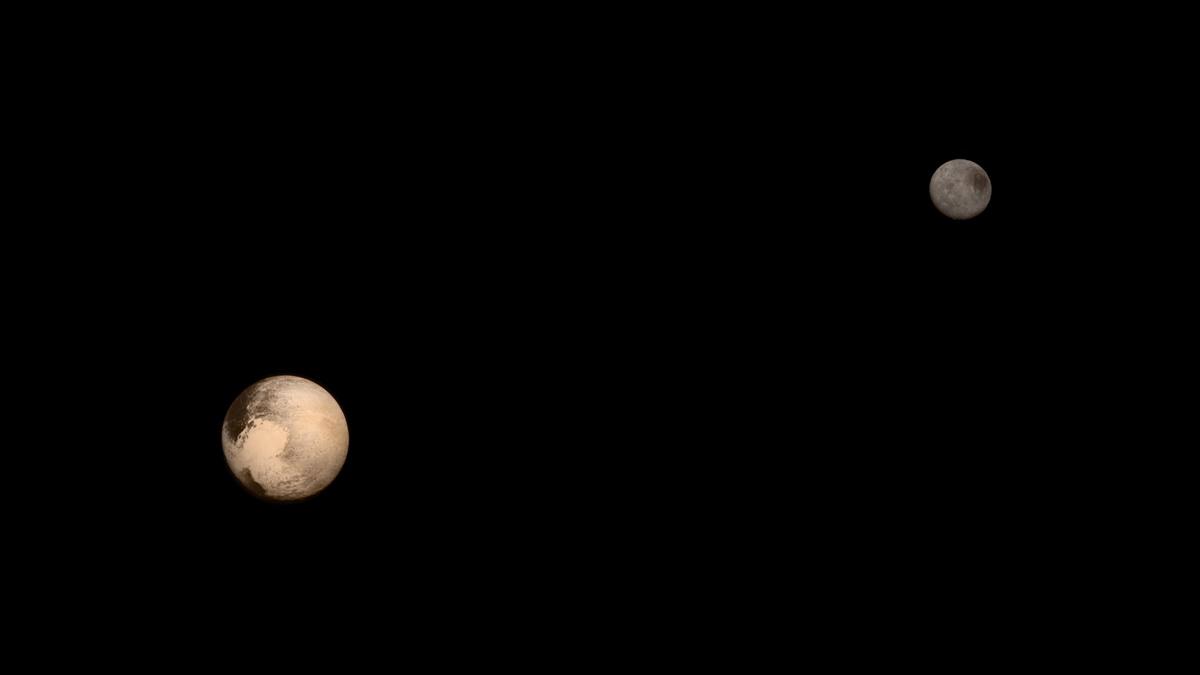 And speaking of orbit, Pluto it shares its path around the Sun with Charon, a celestial body approximately half its size, and four other moons: Cerberus, Styx, Nyx and Hydra. And unlike most planets that have their orbits in the same plane as the Sun, the Pluto-Charon system has an inclined trajectory in relation to the others. There are other planets with trajectories slightly offset from the translational plane, but Pluto it’s definitely out of line. 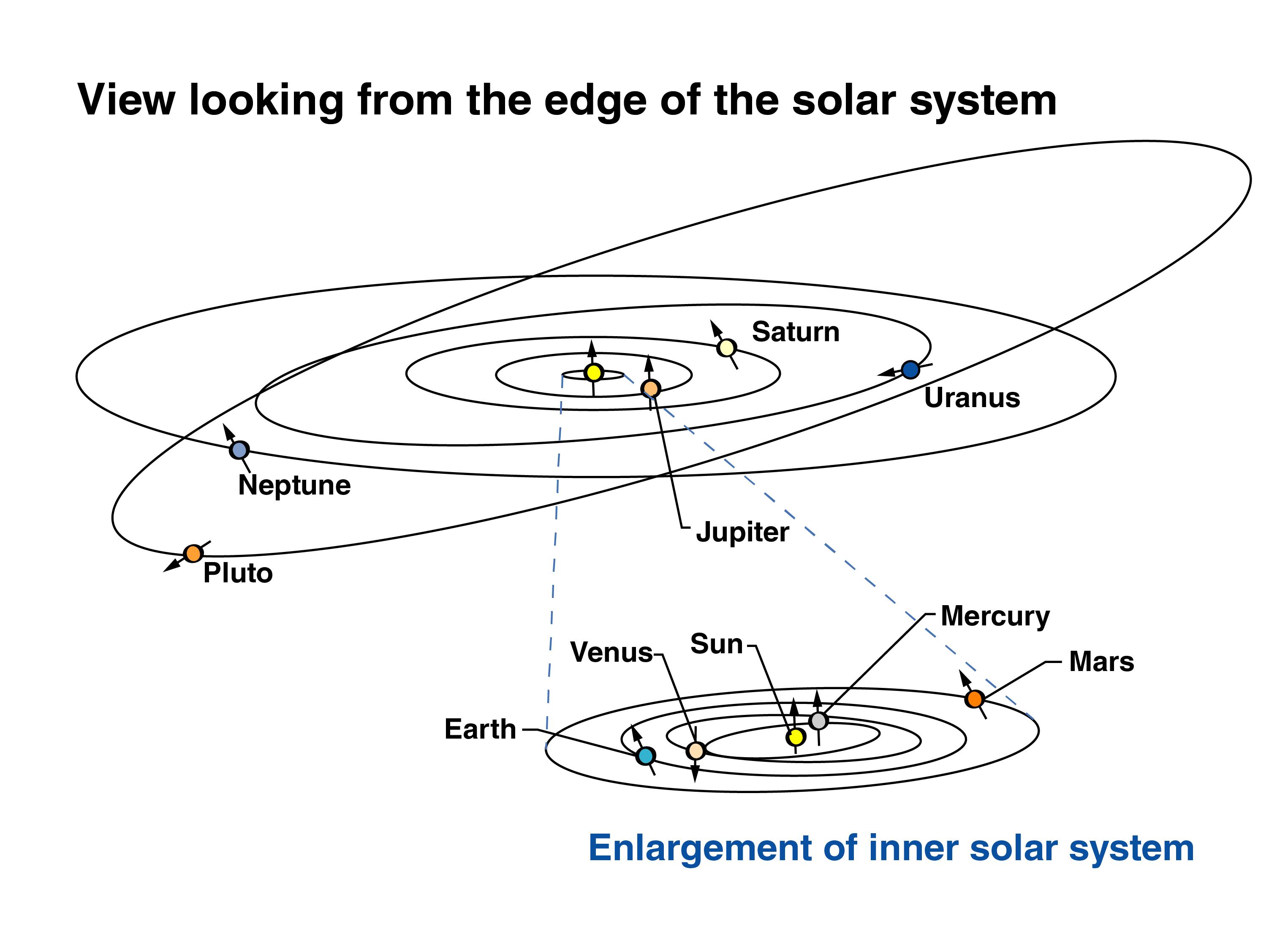 Pluto’s orbit is very inclined relative to the others.Fonte: Nasa

But why dwarf planet? According to the IAU, for a celestial body to be considered a planet, it must meet three main criteria, namely: orbit around a star, have enough mass to reach hydrostatic equilibrium, which gives the body a rounded shape, and be dominant in its orbit, and cannot be interfered with by other objects that may alter its translational motion. Due to the third criterion, Pluto has been reclassified.

Charon has great influence on Plutoand some astronomers consider the Pluto-Charon relationship to be a double system of dwarf planets, but no determination has yet been made on this.

New Horizons and the visit to Pluto

In 2006, the New Horizons Mission of the National Aeronautics and Space Administration (NASA) launched an unmanned spacecraft towards the Kuiper Belt, in order to map geologically and morphologically. Pluto and their moons. The spacecraft took nine years to reach the desired point, and in 2015, for the first time, it was possible to obtain images of the spacecraft. dwarf planet and its satellites! A true milestone in the history of astronomy.

Thanks to this mission, in addition to fantastic photos, we know in more detail how this little planet so peculiar is formed, and we also debunked several myths about it.

Contrary to what was thought, the little planet it’s not just a bland ice ball. Pluto it has a “heart”, mountains and valleys. The activity of the dwarf planet is maintained thanks to a nitrogen glacier covering millions of square kilometers, which gradually, under the influence of Charon, caused its axis of rotation to change. The so-called left ventricle of this heart, which caused the alignment, was named Sputnik Planitia.

The New Horizons flyby also made possible other discoveries, such as the possibility of liquid water below the surface, which would make the planet tectonically active. Signs of volcanic activity, not just in Plutobut also in Charon, among other diverse observations that are fundamental for us to better understand these bodies so far away from us.

A whole new horizon became concrete with the images of the mission. Pluto it’s not just a little ball forgotten at the end of our system. It is a new world, full of possibilities and beauty. A very rich field for research and new discoveries that will shed light on how planets are formed and their activity. As Alan Stem, New Horizons principal investigator at the Southwest Research Institute, Boulder, Colorado, said, “It is clear to me that the solar system has saved the best for last!”