Next week, more precisely on the 14th, Konami’s football simulator: the eFootball 2022formerly known as Pro Evolution Soccer, will get a huge update. The purpose of the update is to try to improve the disaster that was the launch of the game in September of last year.

For those who don’t remember, the game was revealed in July 2021 with a bold proposal: to be free-to-play. Initially with a much smaller option of teams (including some Brazilians like Corinthians, Flamengo and São Paulo), few options of modes and more focused on online friendly matches. However, the game would offer new teams modes and more gameplay options and updates through paid DLCs.

The problem is that the release left a lot to be desired and between bugs and horrible models from the players it fell into displeasure and also into the memes of the guys.

The beginning of a new era?

We were invited by Konami to test first hand the game’s update 1.0, which does more than fix the problems – which were many. The update brings much superior gameplay to what was seen at launch.

There are new mechanics such as power kicks, shoulder-to-shoulder marking plays and the famous 1-2 has become much more dynamic using an artificial intelligence that now actually tracks the plays planned by whoever is controlling the team.

We caught up with Robbye Ron, eFootball Brand Manager for America who explained that the main focus of this update was primarily to fix the game according to community responses. According to him, it was very difficult to hear everything the community had to say, but it was an extremely necessary process, as they knew that the product launched was far below what the team could deliver.

Konami also made a point of informing that it is working day and night with partnerships to bring more licensed teams to the game, they are even in talks with Palmeiras, in addition to that soon we will have more surprises for the Brazilian public.

In addition to fixing “a ton of bugs”, Robbye showed us some new mechanics that we will have during matches:

Close marking: when holding X or A, the defensive player, without possession of the ball, will advance towards the attacker. By holding the R1 or RB, we can call a player controlled by the AI ​​who will be surrounding the ball while the active player will be free to close spaces.

Body game: holding the right trigger buttons + square (on PS) or X (on XBOX), we can make the closest marker reach shoulder to shoulder to share the ball with the opponent, but exaggerating this marking can lead to a foul , if the selected player goes with “a lot of thirst for the pot”.

Strong or Precise Kicks: By pressing the right trigger of the controller while kicking, passing, throwing or crossing, the selected player makes a type of “special kick” that can be stronger or more accurate depending on the quality of the player. However, you have to be careful because to perform the action you need to have space and time to load the animation.

The 1-2: after passing the ball (with X or A) just press R1 or RB to make the player who touched the ball advance in search of space in the opposing defense. Despite being an action that already existed, it has become smarter, as the player controlled by the machine chooses better paths and a positioning that makes more sense to receive the pass back. 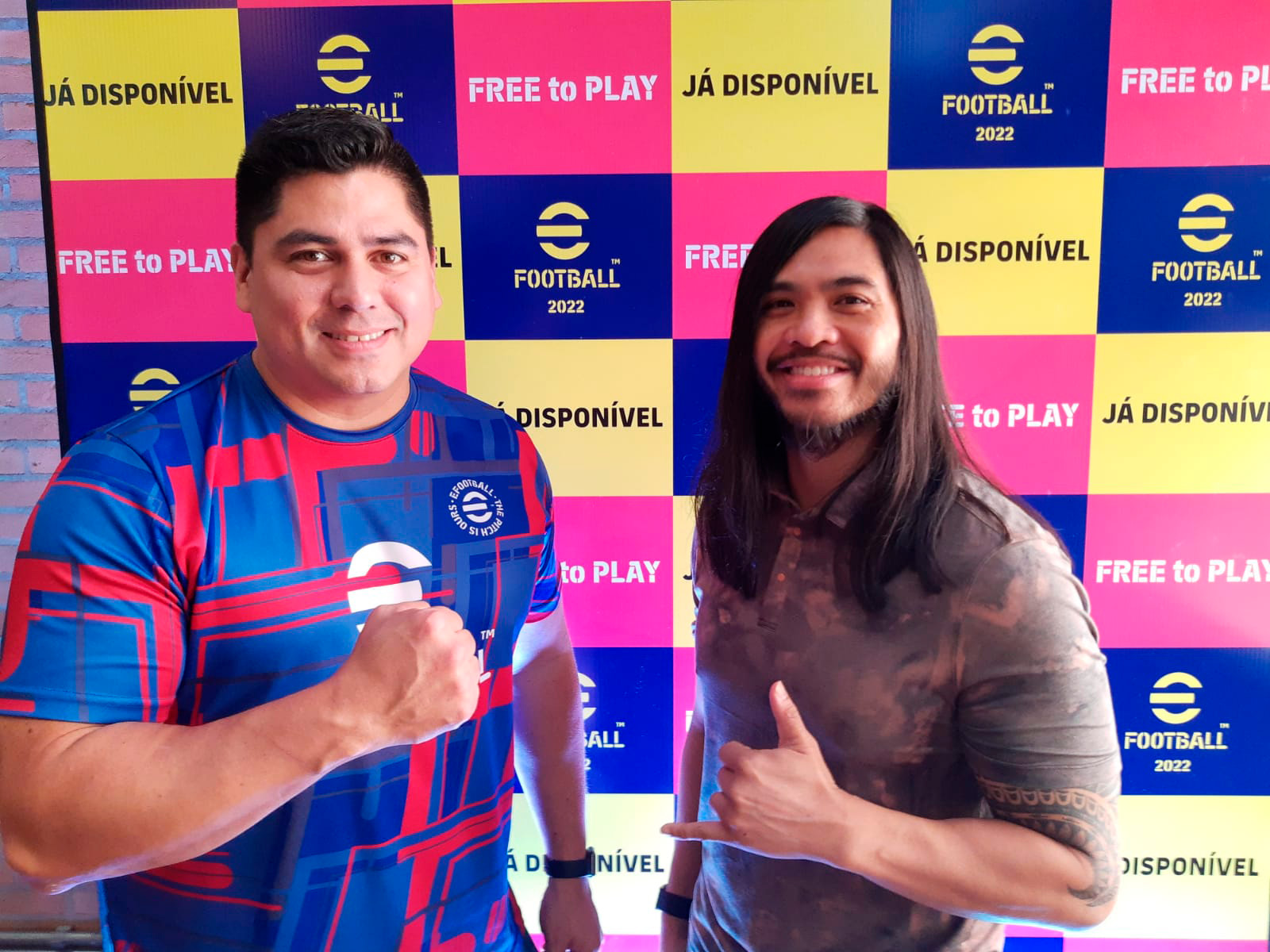 In addition to the mechanic changes, we will also have a new mode: the Dream Team. The novelty was created well along the lines of MyClub, before the update known as Creative Team. The mode brings that style of stickers to the Konami simulator.

Each card has player levels that can evolve as they are used to become better cards. We will have classic players in the mode, such as the Brazilian Cafu and Ronaldinho Gaúcho. To buy packs you have to play to earn game credits or pay that real money. It is possible to play online in a division system (much like FIFA’s FUT) or offline.

We only played three games of the new version of the game, but in the end we could see that the balance is very positive. One of the first things Robbye did when we entered the room to test the game was to apologize on behalf of the team, I could see in him the will to improve the game for the community.

The changes presented made us feel like we were playing the old Winning Eleven (the good ones). The game is much faster and different in relation to the play, even the narration by Milton Leite with comments by Mauro Beting still seems a little dead, they didn’t change that part but in general the changes were very welcome, more than that, they were extremely necessary if eFootbal still wants its place in the sun among football simulators.