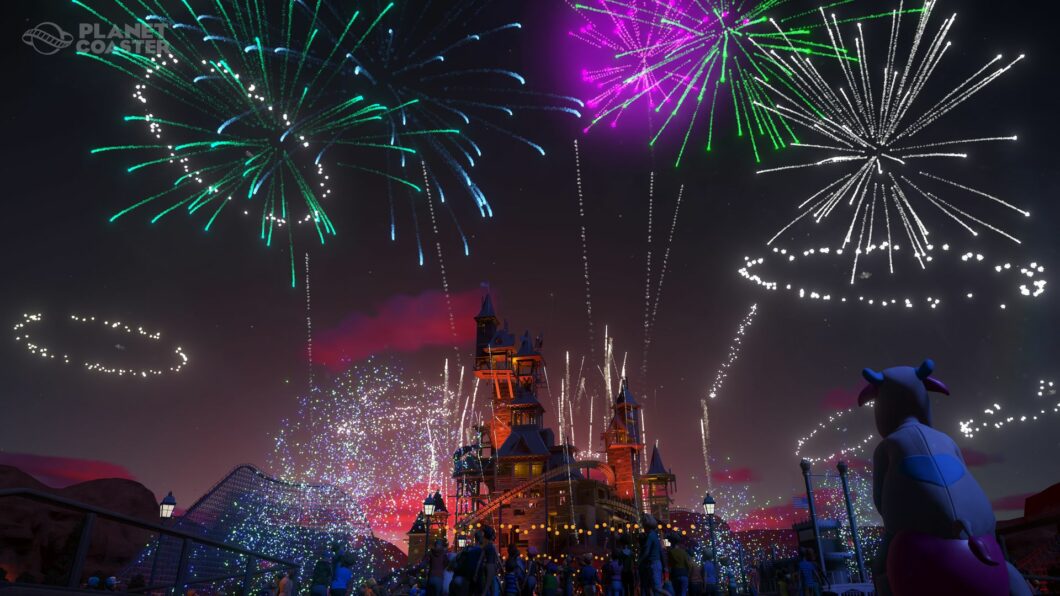 Planet Coaster It was a real find in my life. For many years I waited for the arrival of an amusement park simulator as good as the classic RollerCoaster Tycoon 2, but it seemed like an impossible mission. In 2016, Frontier bet on this genre that had been underserved since 2002 — and it worked very well. Come with me and I’ll tell you why Planet Coaster has a special place in my heart.

RollerCoaster Tycoon it was part of my childhood

I grew up with the franchise RollerCoaster Tycoon. Amusement park simulators played an important role in my process of discovering video games. I remember in detail my first desktop, a Compaq Presario 7476, whose main function was to run early 2000s CD-ROM games. It was easy to spend hours setting up my dream park there.

RollerCoaster Tycoon 2, in particular, must have taken up at least 500 hours of my life to date. However, there came a time when, despite being fun, the game got dated. As much as there is a mod that “revives” the game — the OpenRCT2 — is not the same as having something new to play, with better graphics and different mechanics.

When RollerCoaster Tycoon 3 came out in 2004, I was really excited about the introduction of 3D graphics and a free-moving camera. In terms of fun, however, the game did not deliver an experience as cool as its predecessor. Since then, there haven’t been any games that revive the magic of amusement park simulators, at least until the debut of Planet Coaster.

Without making too much of a fuss, Frontier Developments, who worked on RollerCoaster Tycoon 2 e 3decided to terminate the partnership with Atari and launch your own game. The goal was to create the ultimate simulator, which the best features of both management and construction of the franchise in one place. That’s how it came about Planet Coaster.

I like to define Planet Coaster as a dream machine. The construction features are very varied, with options to define the minimum angle of the walls of a cafeteria, for example. Personally, I love spending hours building roller coasters, and I’m always amazed at how many tools are available to create the craziest rides.

In addition to allowing you to create surprising attractions, the simulator leaves nothing to be desired in terms of management. Knowing how to manage your park’s financial resources, as well as the happiness of visitors, is just as important — and fun — as building rides and decorating the landscape. After all, unhappy customers don’t return, and you go bankrupt.

These amazing mechanics, however, have a downside. Despite allowing the creation of dreams, the machine of Planet Coaster it is difficult to operate, especially if you are new to simulators. There’s a lot to learn and pay attention to at the same time, from building commands to financial management functions.

The park management part is still a little simpler, but the construction tools are pretty difficult to use. I, who already had experience with other simulators, took a while to understand the importance of roller coaster mechanicssuch as rail angle, acceleration, velocity, traction and centripetal force, for example.

All this greatly influences the enjoyment of visitors. The good news is that Planet Coaster offers ready-made toys, patterns and other resources that make life easier for beginners. You can easily finish career mode without worrying about picking up a bachelor’s degree in physics along the way.

For those who like to spend hours playing in Sandbox, Planet Coaster it’s a full plate. I myself can spend a whole day tinkering with my parks and relaxing in the process. The acoustic soundtrack, combined with the charismatic look, makes the experience even more enjoyable. It is a pity that it is not possible to transfer my parks to the real world.

Planet Coaster It’s everything I wanted and more

Planet Coaster rekindled my passion for amusement park simulatorswhich was off since RollerCoaster Tycoon 2. I still intend to invest many hours in the creation of my parks, because there is nothing that makes me happier than seeing my imagination taking shape.

Now, my mission is to try to venture further into Cities Skylines to see if the call for city simulators also flares up again. For a while, Sim City 4 remains unbeatable at the top of my ranking.

For those who want to try Planet Coaster, the game is available for PC. There is also a version adapted for consoles that runs on PS4, PS5, Xbox One and Xbox Series X|S.

You, reader, have already played Planet Coaster or some other simulator? Share your story with us at Tecnoblog Community!