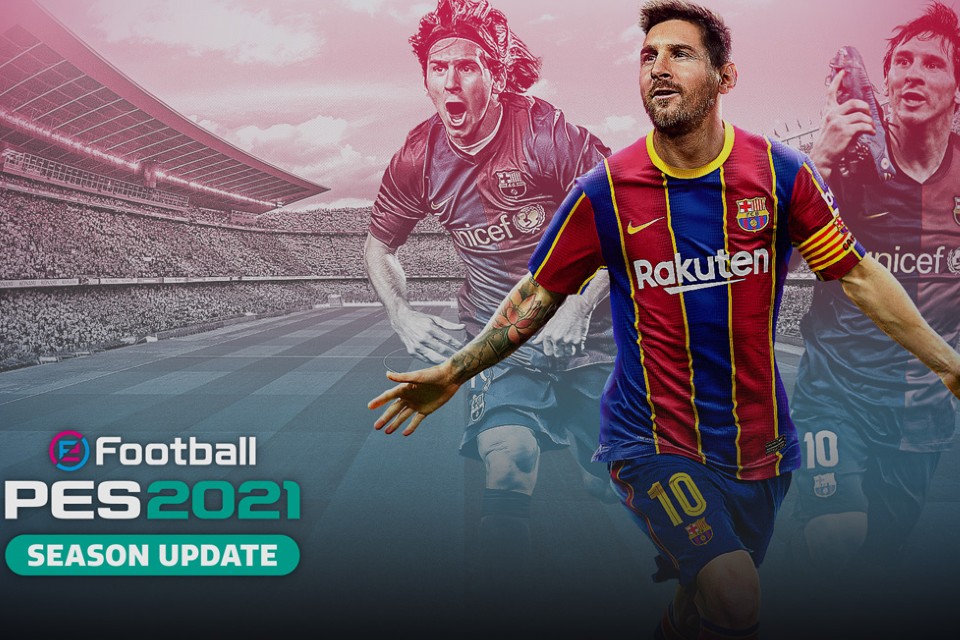 There is a recurring debate among sports game fans about whether or not to launch new annual chapters in franchises like FOOT, FIFA, Madden, NBA 2k and company, and the conversation should be even more accentuated with the launch of eFootball PES 2021 Season Update (yeah, the full official title is so huge, so let’s call it PES 2021 from now on).

In PES 2021, Konami chose to take the great gameplay bases and revamped menus from its predecessor and then make minimal and almost imperceptible touches to its gameplay, rhythm, cast updates, songs, stadiums and coaches, charging a little less than usual for that. But did this path show the potential to become a market rule? Find out in our full review below!

As the subtitle “season update” already makes clear, PES 2021 brings all its rosters and uniforms properly updated for the current season of world football, although the licensing work remains less than ideal, especially when compared to its most direct rival, EA’s FIFA series, with a notable shortage of teams in the main leagues on the planet, like the English and Spanish league.

Among the most negative updates regarding the PES 2020, Konami’s game lost the legendary Maracanã stadium and, peculiarly, the Palmeiras team, mysteriously renamed. Even so, PES 2021 continues to bring greater and better support to the Brazilian championship, with all other teams from Series A and B duly licensed and scheduled. In most cases, the casts are very faithful to the originals and at least a good part of their athletes have correct photos and relatively well recreated features.

The biggest attraction of the time is the presence of UEFA EURO 2020, a good hole plug after Konami saw EA seize exclusive rights to UEFA Champions League and America’s Libertadores, two tournaments that were already part of FOOT in the past, but are now playable only in FIFA. To solve the problem, you still have to set up your own custom tournaments.

Very renewed last year, the popular Master League mode returns practically untouched, except for the addition of three new managers without so much appeal to the Brazilian public: Frank Lampard, Ryan Giggs and Pep Guardiola. At least stars like Zico, Romário, Bebeto and Roberto Carlos are still there, who can lead their dream team. It is a pity that Konami did not take advantage of the momentum and applied further improvements to the mode, as it did in PES 2020 with mastery.

When PES 2020 gave a wide, necessary and grateful touch-up to the menus and general presentation of the game, which were too generic and polluted in previous titles, ended up creating the expectation that the new model could be further improved in the next releases. Ledo mistake, since from the initial screen of PES 2021 even the internal menus of modes such as MyClub and Training strictly follow the same model as the previous game.

Although Konami has not committed itself to doing any of this, it is evident that even the most modest editions of FIFA, such as Legacy Edition released for Nintendo Switch, take the trouble to completely adapt and redesign the menus according to the theme of the year, which ends up helping to give the product a new game face, even though its gameplay does not change that much.

Here, at most you will find new high-resolution images of stars like Lionel Messi in the start menu, but the organization and structure of the modes, their windows and tools remain strictly identical to last year! At least we have new songs to navigate between the menus, but even they don’t have big bands or hit songs, with indie groups as the best known names Bombay Bicycle Club and Little Dragon.

But what about the ball rolling?

For some years now, FOOT presents (arguably) the best virtual football with the ball rolling, with fun gameplay that is, at the same time, accessible enough for beginners and deep enough for those who want to spend hundreds of hours learning the nuances of their dribbling and super accurate passes .

Even without major updates besides small calibrations by the judges – who still make gross mistakes in the interpretation of fouls here and there, but less frequently – goalkeepers a little smarter and a physics system with better contact between athletes, is still a delight take part in the peladas here, as they offer fair and easily adjustable entertainment according to your skill level.

Milton Leite and Mauro Beting return to repeat their roles as narrator and commentator, respectively, but there is something strange about Mauro’s recordings, which occasionally sounded a little hushed and difficult to understand, at least in the week of the game’s release. It also remains evident that the pair needs to record a few more lines to avoid constant repetition of phrases, a problem that already exists in past games.

It’s tricky to grade a PES 2021 considering that it is essentially a relaunch of the PES 2020 mixing some improvements and worsens in licensing. Despite charging a more modest price in this edition (R $ 99 on PC or R $ 179 on Xbox One and PlayStation 4), the value still seems too expensive for what is offered. If the idea is to continue launching the franchise annually, this is not the best way.

Despite being a standalone game, PES 2021 mit looks like a small DLC that minimally updated the casts and gameplay, and can easily go through a few GB patch. If you haven’t played the last few FOOT, this is a good chance to enjoy its excellent gameplay while spending a little less than usual. For veteran fans, skip this issue and wait for the promised revolution to come. PES 2022, which will have a new graphics engine and mechanics.