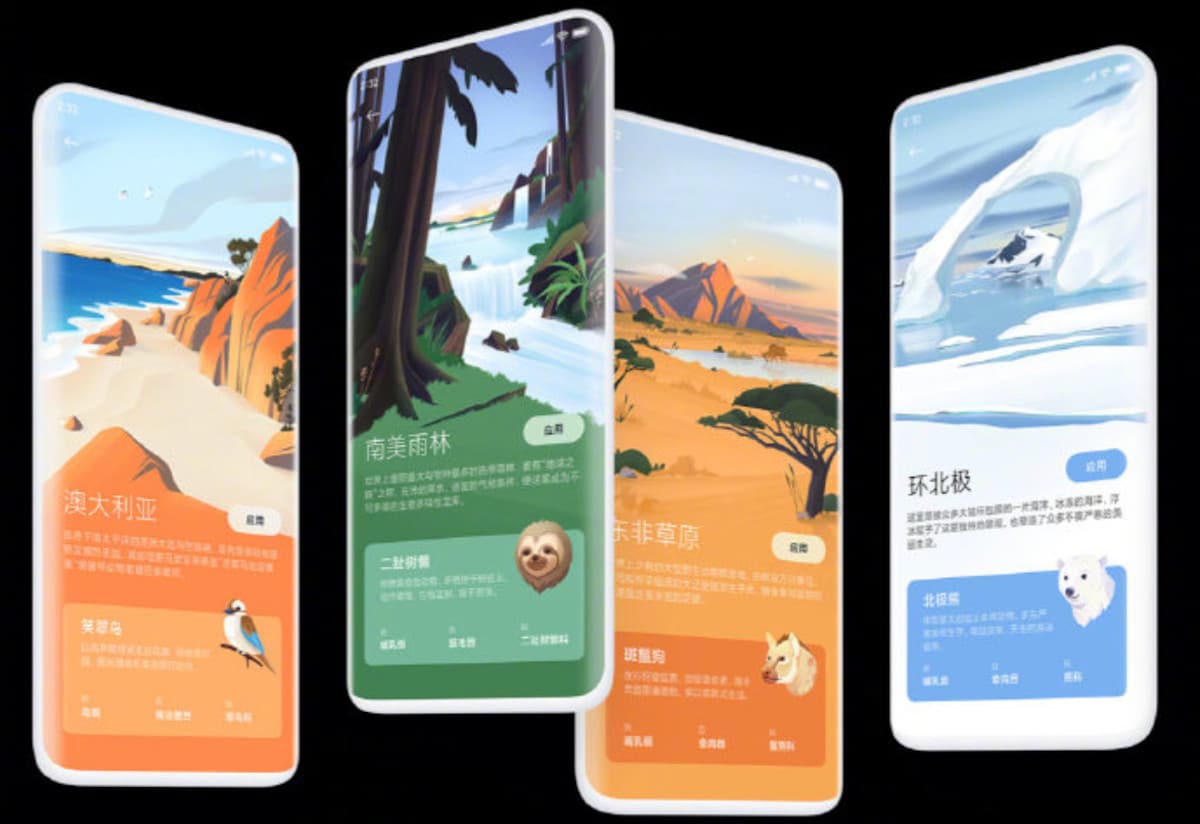 On the occasion of the conference organized for the launch of the Mi 11, Xiaomi presented the new version of its custom ROM, MIUI 12.5. Based on Android 11, it offers many improvements, both in terms of personalization and security. It also incorporates a function called MIUI + to connect the smartphone to a Windows PC, like Samsung DeX.

The Mi 11, the first smartphone under Snapdragon 888, was made official today. This is not a surprise, since Xiaomi had officially announced the date of December 28 for its conference in China. Find our complete dossier on the Mi 11, including all the information about this smartphone, including its beautiful AMOLED screen, its design, its photographic equipment, its platform and its partnership with Harman Kardon. On the other hand, the firm has not reversed the announced absence of the AC adapter in the box. Pity.

Read also – MIUI 12: Xiaomi unveils the list of 31 smartphones that already have the update

The Mi 11 was not the first announcement of this conference. Lei Jun, the brand boss, first gave way on stage to the interface manager. This one unveiled MIUI 12.5, the new version of Xiaomi’s custom ROM. This is based on Android 11, Of course. And it will be available in beta from the month of January 2021. At least in China.

During this presentation, many new features were presented. And some appealed to us more than others. The most important is certainly MIUI +. This is not a subscription to any online service, but an application similar to Samsung dex. The purpose of this is therefore to create a synergy between the smartphone and a Windows PC. You can thus access the contents of your mobile under MIUI 12.5 from a more comfortable screen. 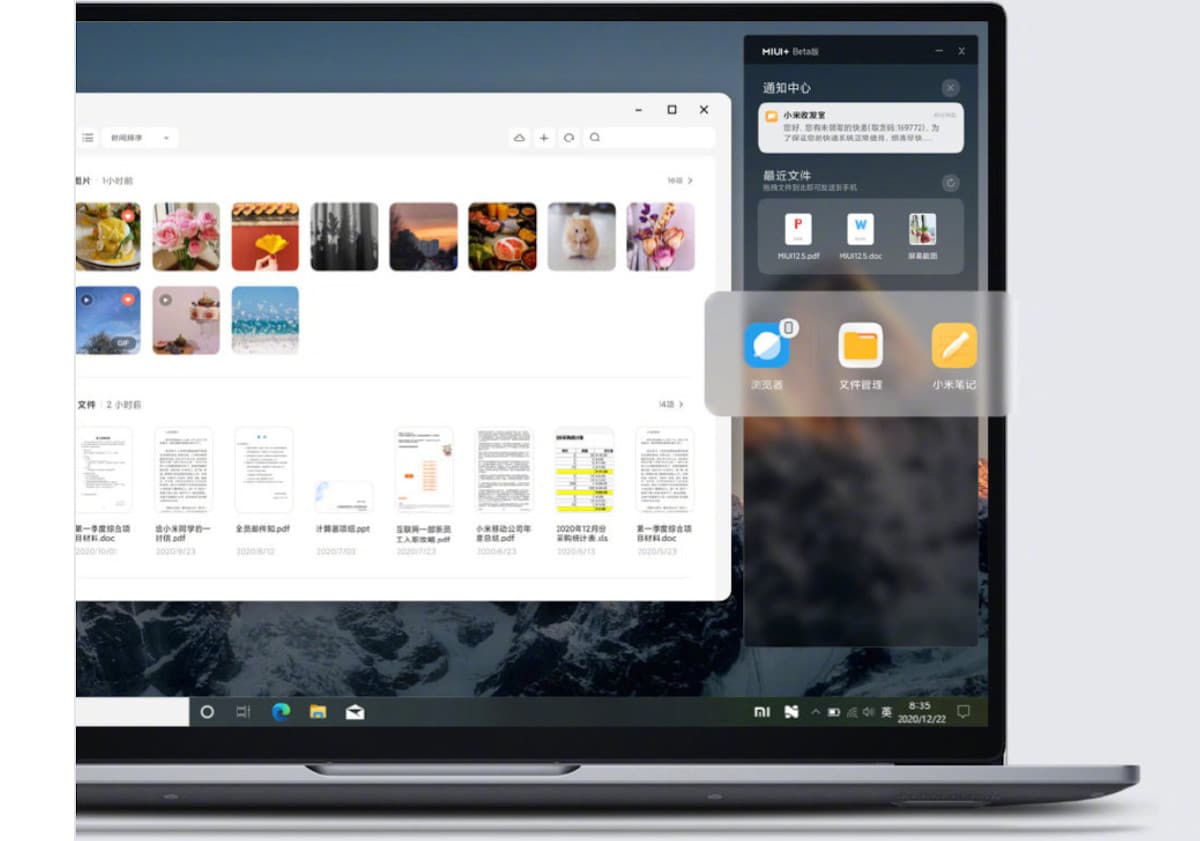 You can phone and send messages, of course. You access your documents as if they were stored on a storage medium, thanks to a file explorer. The system also includes copy and paste between devices (which is similar to the experience offered by Apple between an iPhone and a Mac). You cannot access the phone applications yet. But the system will obviously have to improve quickly. In addition, Xiaomi does not specify what type of connection allows the interaction between the PC and the smartphone. We believe that the WiFi or USB cable are possible options. But we do not know if a connection is possible (WiFi Direct for example).

Another important novelty of MIUI 12.5: the security of personal data. Xiaomi has significantly improved the protection tools built into its ROM. Four were presented. First, the smart clipboard which protects the information copied to the clipboard. It can be an address, a name or a password. The tool prevents applications from accessing information on the clipboard if it considers the data to be sensitive.

Then, the sandbox, to isolate an application in a secure environment, without the risk of infection of the operating system. Finally, MIUI integrates tools for protection of personal data and geographical location (providing an approximate and not precise position), with installed applications or web services.

MIUI is getting richer but not getting heavier

The third important novelty is MIUI Notes. This is a system app for taking notes, but not only. It also integrates drawing and structure tools. It incorporates an import and share function. It’s a tool that claims to be more powerful than Google Keep, for example. 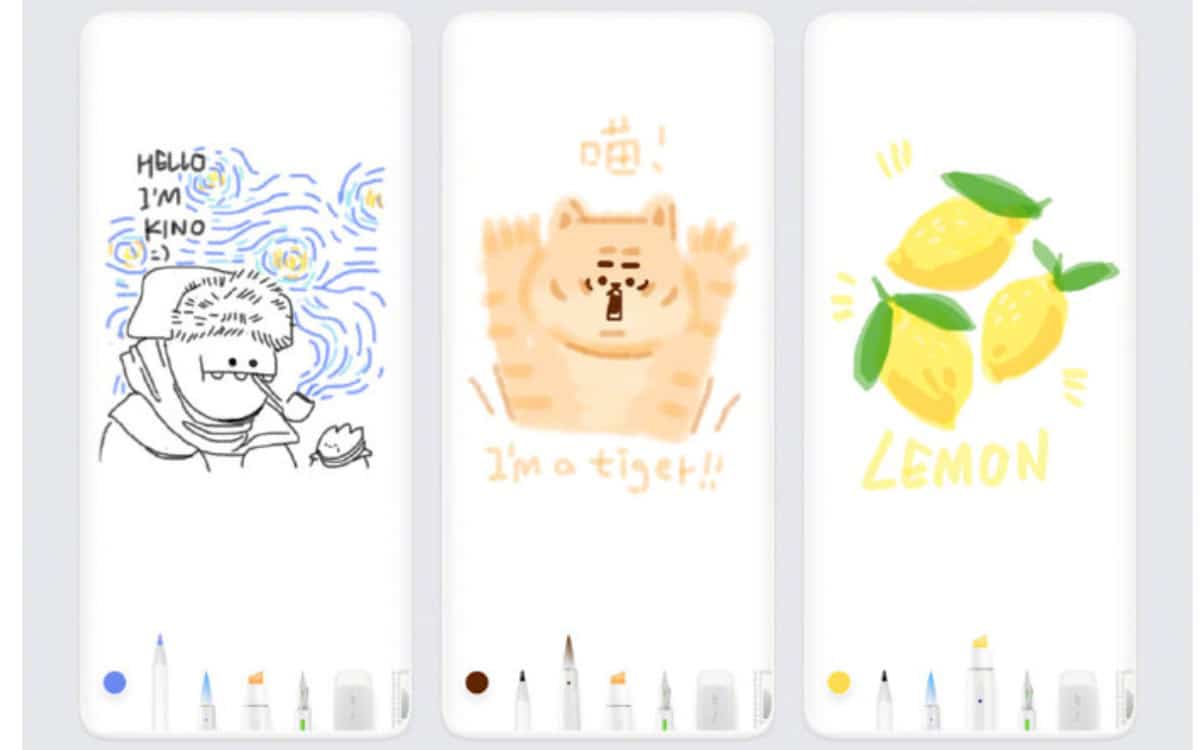 Among the other new features of MIUI 12.5, note the appearance of a multitude of new sounds for notifications, a few animated wallpapers which vary according to the time of day or other parameters, new icons for system applications as well as a improved haptic feedback for a more natural feel…

Despite all these additions, Xiaomi claims that MIUI 12.5 is 20% lighter in terms of storage. Background RAM usage has decreased by 35% and energy consumption has been reduced by 25% (for system applications). In addition, a large part of the preinstalled applications can now be removed permanently.