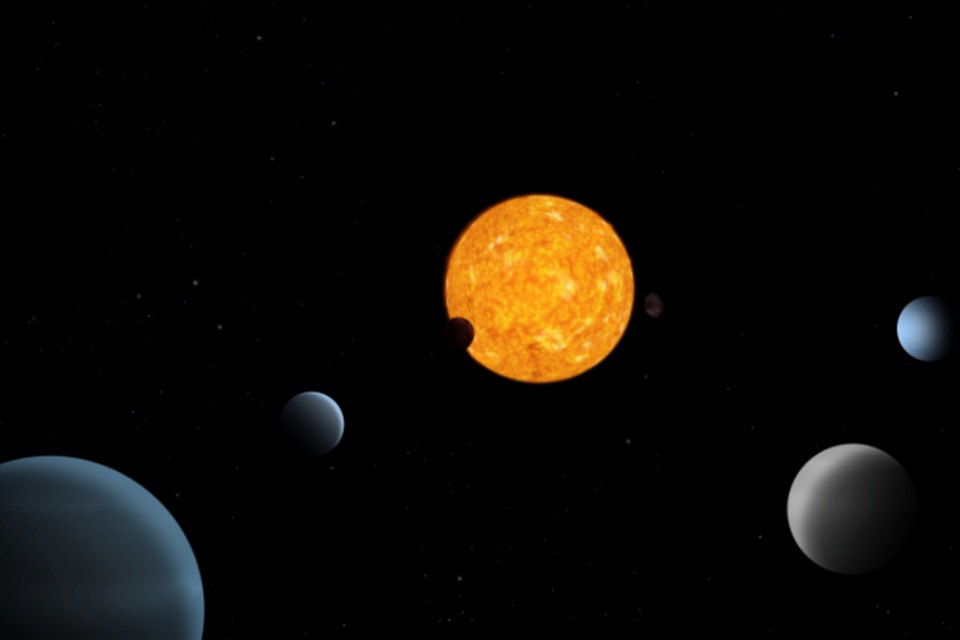 The discovery of a system composed of at least six exoplanets around the star TOI-178, located about 200 light years from Earth, announced in an article published this Monday (25) in the magazine Astronomy & Astrophysics, is puzzling astronomers.

Considered “unique” due to its peculiar characteristics, the planetary system discovered by researchers from the universities of Bern and Geneva, Switzerland, has five planets moving in a harmonic way around the main star, while the sixth member of the group orbits the star in a very different pace.

Initially, they discovered only three planets around the star in the Sculptor constellation, using data from NASA’s Transiting Exoplanet Survey Satellite (TESS) system. Suspicious that there was something else there, astronomers broadened their search, now counting on the help of the European Space Agency (ESA) Characterizing Exoplanets Satellite (CHEOPS). 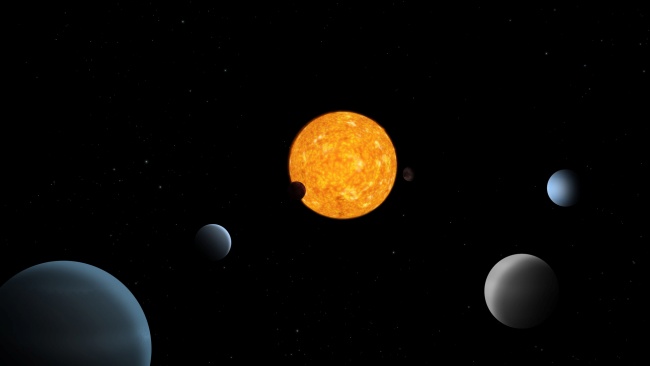 TOI-178, in the center, and the six planets that orbit it are shown in this illustration.Source: ESA / Reproduction

The closer look with the help of the European equipment paid off, allowing to find at least three more planets in the system, reaching a total of six, in addition to revealing that they are 1.1 to 3 times the size of the Earth and have some differences from other systems with similar harmony.

Among the characteristics discovered by the team that has the astronomer at the University of Bern Adrien Leleu as leader, the one that most caught the attention was the fact that five of the six planets follow a “rhythmic dance” as they move around the star, a phenomenon known as orbital resonance. Only the closest to TOI-178 is out of sync.

According to the scientists, the resonant movement of the system is similar to the rhythmic dance performed in the orbits of three moons of Jupiter (Io, Europa and Ganymede). However, it follows a much more complex 18: 9: 6: 4: 3 pattern. While the first planet in the pattern (second from the star) completes 18 orbits, the second (third from the star) completes nine and so on. The video below exemplifies the process:

In addition to the orbital arrangements, the team investigated whether the size and mass of the planets also follow an orderly pattern. Combining CHEOPS information with telescope data from the Paranal Observatory of the European Southern Observatory (ESO), they found that the densities do not show the same organization.

One of the planets, as dense as the Earth, is next to another of a similar size, but with half the density of Neptune, and next to it there is one with the same density as Neptune. According to Leleu, it is the first time that this type of configuration has been observed in a planetary system – normally, the density gradually decreases as the celestial giants move away from the star.

Are there more planets over there?

Continuing the study, astronomers intend to make new observations of TOI-178 in the future, in order to unravel the mysteries behind the complex architecture of the system, which may also help to reveal news about the formation of the Solar System.

Another objective of the scientists is to check if there are more planets in this same system, but within the habitable zone that begins beyond the orbits of those discovered so far, where there would be the possibility of the presence of liquid water on the surface.

Equipment that will be ready for use soon, such as the James Webb Space Telescope and the Extremely Large Telescope (ELT), may be instrumental in this task.