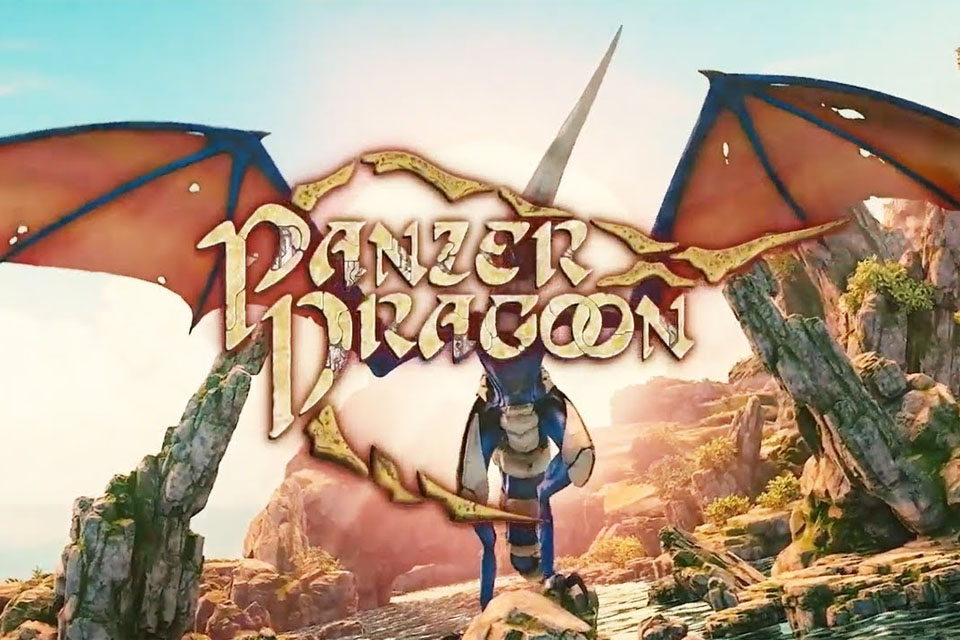 Shooting on rails was very successful in the 1990s. Time Crisis, the series The House of the Dead and mainly, Star Fox 64. But there was another game that influenced too much for its beauty, simplicity and soundtrack. Originally launched in 1995 for the Sega Saturn, Panzer Dragoon it was one of the most striking titles of its generation.

We currently count on the fingers the titles of the genre Rail Shooter launched on the market. With the quality of hardware and software existing, they have become unnecessary. However, twenty-five years later, the Panzer Dragoon received a remake, developed by MegaPixel Studio and published by Forever Entertainment.

Mess with the artistic part or not?

When Panzer Dragoon: Remake was announced, I was worried. Have you ever thought if the same thing happens with the painting of Jesus that became a meme a few years ago? For those who do not remember, a devout Spanish woman decided to restore it and practically created a horrible blur. It became a joke on social networks.

When recreating the title, the MegaPixel Studio he knew that it would be necessary to improve the graphics and mainly to put relevant content on the stage. The task was not easy, as the classic brought a wonderful work done by the French artist Jean Giraud, who also illustrated Fade to Black and was the artistic director of Pilgrim: Faith.

I confess that I really liked what was produced in the remake. Many environments were redone and some phases were different from the original version. All of this is due to the insertion of elements to make the scenarios richer and more consistent with the current generation. Regardless, everything was very pleasant and in good taste. What may bother some is the fact that there are vibrant and saturated colors, unlike what was seen in the 95th edition.

The soundtrack was also a mark of Panzer Dragoon. Its intensity and beat accompanied the pace of the game and especially the animations. In the current version (remixed by Saori Kobayashi), a lot was redone, but it was also in good taste, with high and striking lows. Only in some animations the tracks do not conform to what is seen on the screen, breaking a little of the immersion.

How to Train Your Dragon

Panzer Dragoon brought great news to the gaming world: the possibility to move the camera 360 degrees. It remains present and benefits from the multitude of buttons on modern controls. At the time the game was released, movements were limited due to the number of buttons. Take it or leave it.

It is now possible to play in classic mode, adaptable and even using the levers, as if it were a modern game. You control the dragon’s flight with the left stick and use the right to aim. All this to give more freedom during the gameplay. But something could be increased. When changing the angle of the camera, the sight continues to be lost, making it necessary to move it to the specified point.

In Panzer Dragoon: Remake there are two ways to shoot. The basic and most common is performing the famous smash button. Prepare to destroy your control, or your hand. The second is selecting several items, the famous auto-lock on enemies that appear on the screen. Knowing the right time to use them will make your adventure much easier.

We know that the game is a classic. It was practically redone entirely without losing its essence. However, paying about 50 reais for 7 levels and about 2 hours of gameplay seems like a high price. The price was so out of the curve that it is now possible to buy the game for less than half its launch price.

As we pointed out above, the developer had to take great care when creating the remake, but I could have dared a little more. We had no addition or modification to the story. At cutscenes were practically maintained and, apart from the bosses in each level, the enemies are the same as in the classic version.

One of the few inserts was for photography mode, where it is possible to capture wonderful images of the recreated scenarios. I liked this addition, because it is practically impossible to find good photos of the classic title. However, that was it. Game modes, clashes and major changes have ended here.

Panzer Dragoon: remake it deserved a more ambitious project, which touched its structures. We understand that it is complicated to recreate something that marked a generation. More stages? More history? There is still a good continuation to be made. Who knows, with the critical success of this edition, we will find a more grand development of a series that was marked in history.

“We could have a more daring project, just like the original game proposed in 1995”