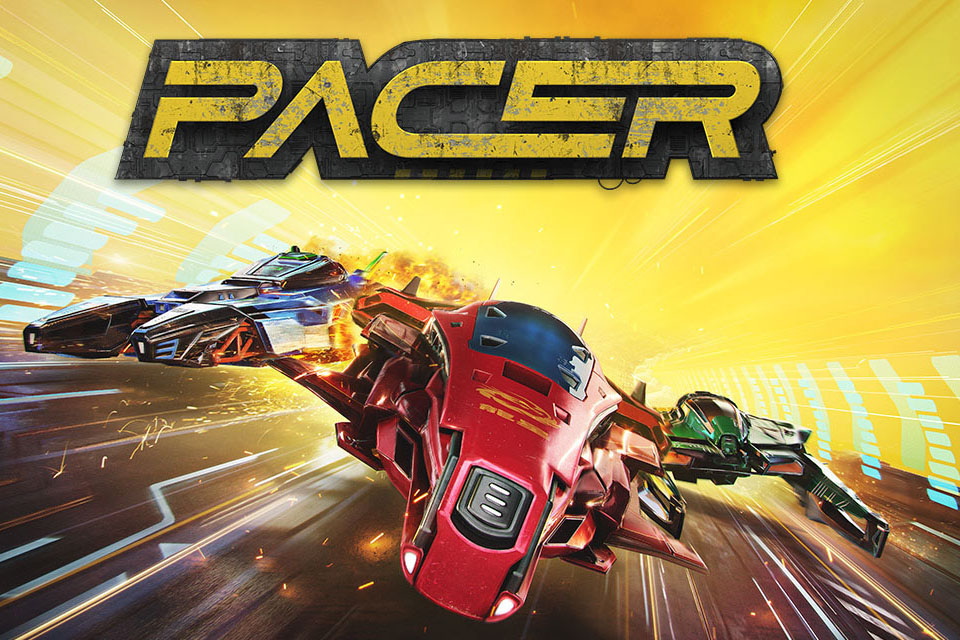 Antigravity races, frantic and with ships that reached almost 1000 km / h were highlighted in the second great decade of the gaming world. Virtually all Super Nintendo holders had a F-Zero, considered the father of this genre. Over the years, other games have emerged, such as WipeOut, Fast RMX and Redout. It was then that we arrived in 2017, with the launch of Formula Fusion.

With a name alluding to the race, Formula Fusion came about after a very successful campaign in the KickStarter, reaching up to around £ 80 thousand. However, the shot didn’t come off as the developers of R8 Games wanted. It was then that the idea to launch a major update for the game came up. But the job was bigger than the creature and the British decided to change the old name of the game.

Who acquired Formula Fusion in 2017, you will be very happy to know that you will have a new game, totally redesigned and much more similar to the desire of the producers. Oh, and with the difference that the name of the game in the library will become Pacer.

When we have the opportunity to experience a new antigravity racing game, we will always remember the two great titles that marked the epoch. It is worth noting that comparisons with F-Zero and WipeOut, are legitimate. The title produced by R8 Games can be considered an overview of each of these classics. This does not mean that he got the best out of each one, but what he thought fit to create a complete game.

To analyze, we must take into account our gamer DNA. It will make our memory bring Pacer closer to one of the two games. For me, Pacer is much more WipeOut, with props that immortalized F-Zero. This happens if we take into account the gameplay and the mechanics implemented.

When driving antigravity vehicles at almost 1000 km / h we will always look for the wonderful sensation provided by F-Zero. It is curious that even though Pacer be done very well, the impression of raw speed does not appear all the time. Only on great descents do we get this feeling. Perhaps due to the fact that the classic games had many tracks with great slopes.

To control your ship, you will use three main commands: an accelerator and two skidding brakes, which work by pulling the right or left trigger. Each of them must be activated, depending on which side the curve goes. The gameplay is very similar to what we find in the various games in the series WipeOut.

Along the track, the pilot will have a few items to collect, each with unique characteristics. The orange ones guarantee the loading of your ammunition, as a way to destroy your opponent. The violet, on the other hand, will help restore the strength of your armor, remembering the F-Zero.

Modes do not complete

In Pacer, your goal is to be the best driver in the history of antigravity races. It all seems kind of obvious, but unfortunately the game doesn’t make this evident. The presentation of the career mode and the menus create doubts for the players. To give you an idea, the career mode is presented only by text. It is difficult to have an immersion factor in this way.

The graphics are the highlight of the game, being possible to play at 60fps and 4k with ease. We noticed a good optimization of the system, even with detailed graphics and good taste. A pity that the soundtrack does not help, giving the impression that we are in a disco, instead of a racing game. 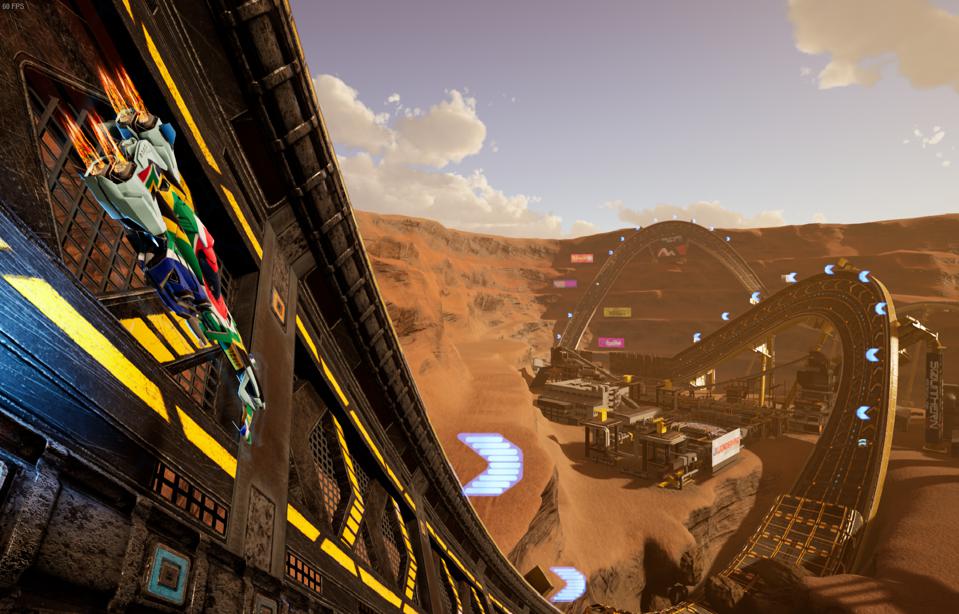 To try to improve the experience, Pacer brings a customization mode never seen in a game of this genre. There are tens of thousands of options, ranging from the color of your vehicle, to tuning. But don’t think it stopped there. The ships have weapons and you can increase it however you want.

Each track has its particularities and a correct management of tuning and weapons will be essential to succeed in the game. It is worth mentioning that within the career mode, two types of competition can be disputed. The first is the race. Whoever passes the finish line first wins. In the second, the last driver left on the track will be the winner. This second mode is very interesting and I will write more about it in the following paragraphs.

As much as there is a great variety, all the pieces of this great puzzle do not fit. Whether due to the lack of immersion, or the lack of treatment brought by the company when it comes to presenting what is possible in the title. It is necessary to understand that Pacer’s great fun only serves from one race to the next. Only in this way will you be able to enjoy everything it provides.

As we said above, one of the types of racing aims to be the last vehicle left on the track. It is easy to understand how it all happens. The driver who is in the last place will be eliminated over time, until only one remains. To leave the ships at the back of the platoon you can either destroy them with weapons, or be faster than them.

This may be the great differential of Pacer. The title tries to bring a multiplayer elimination ingredient to the racing genre and it works masterfully when playing online. Even with the servers having few people it is easy to find a group to have fun at the races.

Pacer recalls the old antigravity racing games. The title is another step taken by the industry towards bringing the old woman and the new generation closer. There will still be a need for a makeover for new players to feel at ease, but let’s face it, the most difficult thing was done. Bringing the thrill of super fast racing to the 4k world was satisfying. We just need to pay more attention to small details, like the career mode.

Pacer was kindly provided by R8 Games to carry out this analysis.