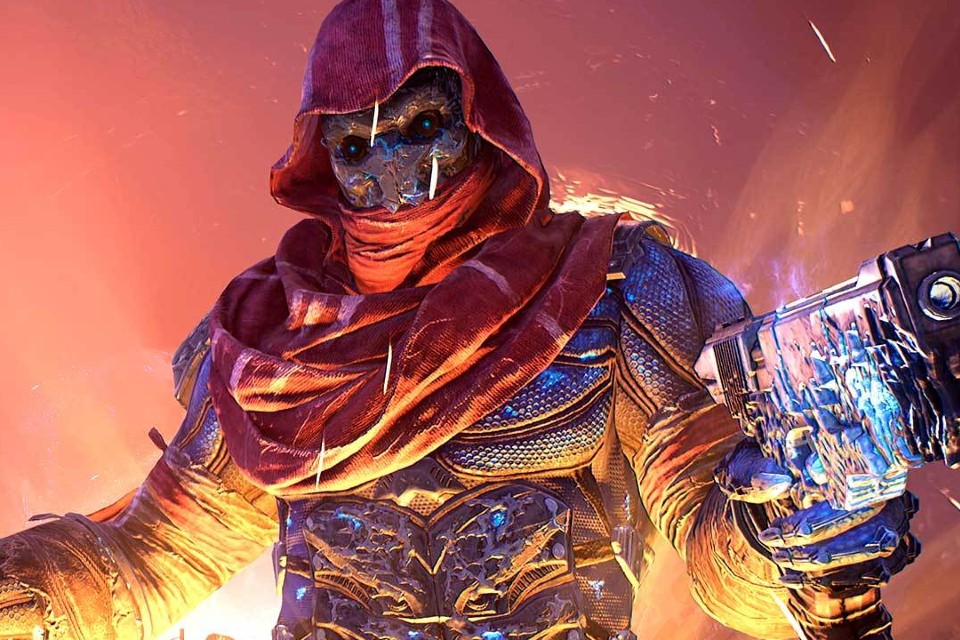 A game bigger than the sum of its parts

When we first tested the game there in February 2020, we pointed out that it still had a lot to prove, and that the mechanics developed by the Polish studio People Can Fly (responsible for Bulletstorm and Gears of War: Judgment) were still very raw, without giving much thought. In the meantime, I could see that his project was so polished that it ended up becoming something very fun and cohesive.

The bulk of the Outriders consists of shooting sessions running from one wall to the next, which is obviously nothing new in April 2021, the date on which the game hit the PC, PS5, PS4, Xbox Series and Xbox One, but there are enough parts in move to ensure that action fans find good reason to spend a few dozen hours blasting enemies on the fictional planet Enoch.

The biggest attraction here is the system of classes and unique powers tied to each of them. Shortly after the brief tutorial you can already choose whether your character will be a Trickster (a killer good at hitting and running), Pyromancer (more focused on fire attacks), Devastator (who plays more of a tank) or Techomancer (with technological attacks from a distance). Once the choice is made, you have to go with it until the end, so choose wisely!

It is a pity not to be able to make the switch, since it is worth trying all of them. The pace of fights and the style of play changes dramatically according to the class you choose, and they all have skill trees with more benefits and special powers to unlock as you level up. The height of fun in Outriders it happens just when you face large hordes of enemies and need to manage your cooldowns of different powers well in order to overcome the arenas.

It’s great that the powers of Outriders work so well, since your loot system is somewhat derivative and uninspired, serving only as a pretext for you to see your character change in appearance and weapons throughout the campaign. As expected, the loot is dropped relentlessly, almost as it does in the best Diablo and Borderlands of life, but the fact is that the items don’t matter as much as the proper use of their powers.

The weapons and armor are all separated into different rarity tiers and obviously have their own attributes, like different ammunition comb capabilities, rate of fire and damage done, so what you really need to do is think about which weapons fit best with your powers liabilities and assets.

For example, in my first campaign I played as Pyromancer, and my favorite power set all my bullets on fire until I reloaded the weapon. Obviously this power was not very suitable for a long-range rifle with only one or two bullets in the magazine, but it fell like a glove to a machine gun with 150 bullets per magazine, dramatically increasing the damage of each one.

After five or six hours of progress in the campaign, the system gains a little more complexity when we rescue Dr. Zahedi, a comrade who helps us recycle our weapons in exchange for materials that can be used to improve other pieces of equipment. So, my style of play progressed to something much more focused on collecting and recycling everything I found along the way, and then strengthening my favorite items.

Alternatively, it is also possible to visit stores to sell items that you do not intend to equip and then purchase others of higher quality. It doesn’t end up being worth doing so much, since you are rewarded with good weapons and armor whenever you complete any of the dozens of side missions scattered around the map, picking up even better items for free.

It’s quite funny to think that Square Enix sells Outriders like a game with hints of RPG, since its role play elements are … minimal, to be generous. At the beginning of the game you can create your own hero, determining whether he will be a man or a woman, and then choosing between half a dozen haircuts and models of scars.

It’s very little, but things get even worse: regardless of how you play, the story and missions always play out in the same way, regardless of the personality you would like to have in the world. The rare branched dialogues do not present choices or any traces of a moral system, limited to bringing a little more lore to the player as he talks to the NPC.

It does not help that your reward is a very predictable plot, alternating clichés of action and science fiction blockbusters. Basically, humans stepped on the ball and had to leave Earth, and the species’ last hope, the planet Enoch, was not exactly the promised paradise.

Parallel missions are even more Hollywood clichés, consisting of moments like helping a soldier on the brink of death to reconnect the wires of the explosive he was installing, then return to him and watch him carry out the detonation, only for the brave warrior to die. dramatically a second after realizing his last dream.

As a fan of 1980s action cinema, it doesn’t bother me to see a festival of slogans and beaten archetypes, but the fact is that a space epic always makes room for legal questions, and the game does not take advantage of any of that. But once you accept these limitations and stop expecting Outriders be it a dense role-playing game, the adventure flows better as an unbridled action game.

Without any PvP elements to motivate players to continue playing in the long run, the game bets all of its chips on PvE. It is absolutely possible to end the entire campaign by playing alone, but it is recommended to at least try the online cooperative mode, where you can join up to two more players to get through the same levels and missions. Fortunately, there is crossplay between all systems.

Outriders it ends up being considerably easier if played alongside friends, especially when you need to face some big bosses in the “bullet sponge” line. Incidentally, the game presents a variety of enemies and very dignified challenges, which is perhaps the main motivation for pioneering your entire campaign and endgame missions.

You will face both humanoid enemies and exotic alien creatures, and each type of opponent has a different pattern of behavior. Their mix generates great segments of action, especially from the middle of the campaign onwards, when you will have to deal with long distance snipers and hordes of voracious enemies looking for melee attacks at the same time.

Sometimes you need to manage your weapons and powers exchange very well, as you can have enemies firing poisonous attacks in one corner of the screen, while a more tank creature causes devastating high damage attacks. Is it better to put an end to the most powerful enemy first, or to cut short on the small, weak rivals that cause inconvenient negative status? There is no single right answer, and that is what makes the action of Outriders so thought-provoking.

Meetings with bosses are a little more rare, but equally striking and fun. As they are much stronger enemies, here you need to calculate the right time to use your class powers in order to cancel your attacks. If you have zero cooldowns, the way is to run away and try to escape the marks on the ground that indicate the exact area that will be impacted by your attacks.

There are still some special encounters against gigantic creatures bigger than the game screen, like the epic boss Chrysaloid, but as a rule the fights take place against enemies of their size in well-designed arenas, where you need to have a good command of your surroundings to know where, when and where to protect yourself when needed.

The World Tier system, or World Degree, is especially cool, which creates a dynamic difficulty. It is a bar that runs in parallel with your level meter, with the difference that it can grow or shrink according to its performance. The better you play and the less you die, the harder the game gets. There are more than 15 levels to unlock, which is a good motivator for more hardcore players!

The ungrateful obligation of the internet

If you have read the analysis so far, you must have noticed that none of the elements mentioned refers to something that could require a constant connection to the internet, right? However, the fact is that you will not be able to play Outriders in case your home internet goes down or the game server is offline.

Even if you don’t want to play online with friends or strangers, the connection is mandatory, a design choice that is at the very least questionable and that was aggravated by a very unstable server in the week of launch, when thousands of players tried to access the title at the same time without success.

Theoretically this was done to avoid cheating and a disproportionate collection of items, but in a game that doesn’t have any competitive mode options, how much would it matter to play alongside cheaters? It is rooted for People Can Fly to apply a patch and allow them to play offline in the future, as their shooter works very well in solo campaigns.

If you ignore the high pretensions of Outriders, you will find a very fun TPS, with a solid campaign of just over 20 hours and good missions to continue playing afterwards alone or online with your friends. Underneath inventory and loot style Destiny and the coverage system inspired by Gears of War hides a great game with very fun powers, a good variety of enemies and rewarding weapons to shoot. A tailor-made title for action fans!

Outriders is a lot of fun as a frantic action game, but it falls short as a looter and RPG.