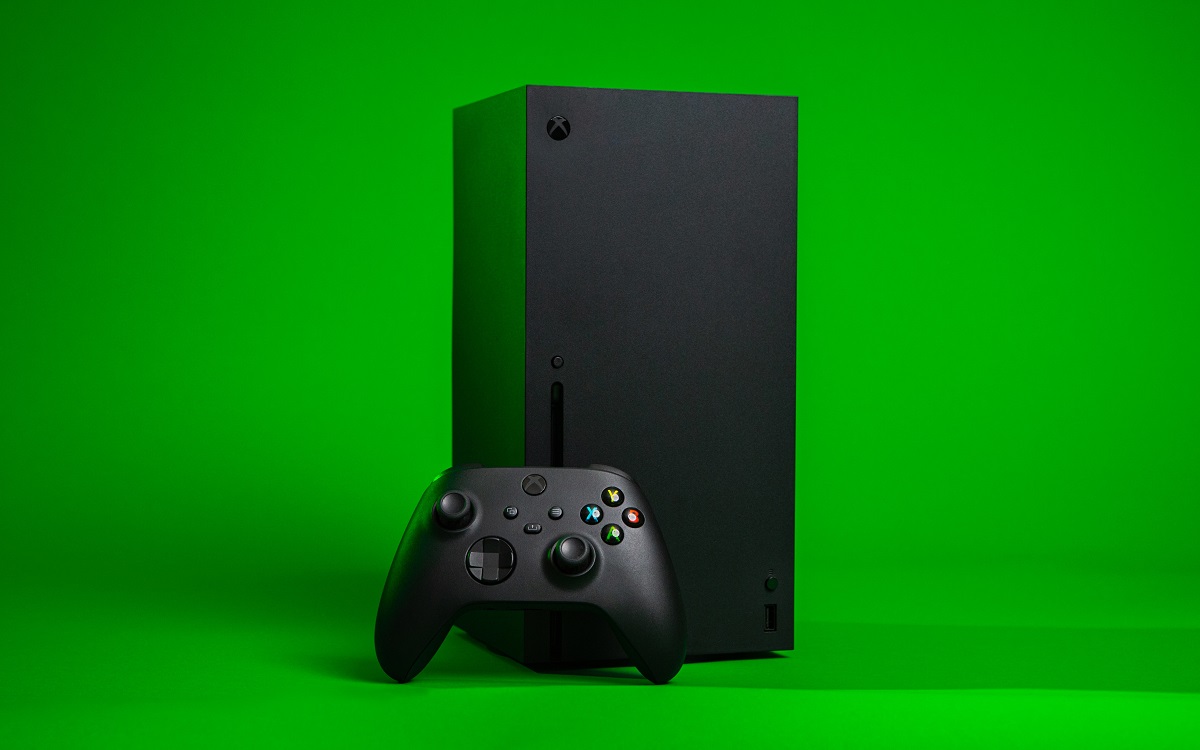 Very lucky are the gamers who have successfully purchased an Xbox Series X since its release. Indeed, just like its competitor the PS5, the Microsoft console was quickly the subject of a worldwide shortage just days after its release. If you’re one of the people who was able to get your hands on it, you might want to buy some new games on top of the ones you already have.

The least we can say is that the Xbox Series X has some great exclusives, like the PS5. Among them, we can for example cite Halo Infinite, Forza Horizon 5, The Medium or even Psychonauts 2 and Twelve Minutes. Our list of the best 2021 Xbox Series X games is obviously not exhaustive. If your favorite game is not listed, please share it with us in the comments section.

Also read: our full review of the Xbox Series X

We begin our selection of the best Xbox Series X games with Foza Horizon 5. The 5th installment of the franchise has been available since November 5, 2021 on Xbox One and Xbox Series consoles, but also on PCs running Windows.

The title developed by the studio PlayGround Games and Turn 10 Studios, and published by Xbox Game Studios, offers still stunning graphics and the most successful gameplay. This racing game allows you to discover a vast open world and explore a world full of contrast and wonder.

Among the environments in which the player evolves, a great diversity of spaces such as living deserts, lush jungles, historic cities, lost ruins, white sand beaches, gigantic canyons and a huge volcano covered in snow. Forza Horizon 5 allows you to play in multiplayer mode, thanks to its arcade mode which offers to take on gripping challenges. Arguably the best racing game on Xbox Series X.

We now move on to another Microsoft exclusive available on Xbox Series X, Xbox One and PC. Halo Infinite, which will be released on December 8, is undoubtedly THE game that all early fans have been waiting for. This first person shooter video game is developed by studio 343 Industries with a new engine, the Slipspace Engine, in cooperation with SkyBox Labs, Canadian studio behind the new versions and expansions of Age of Empires II: The Age of Kings and Age of Mythology produced in collaboration with Xbox Game Studios.

On November 19, we learned that there would be no co-op campaign and Forge mode before May 2022. Regardless, the game will receive several updates after its release and should be according to the director of the game. narrative experience of 343 Industries, Dan Chosich lived up to player expectations. Lately he was tweeting “A lot of people have worked incredibly hard on this game. In not long, it will be here”.

To have : the best offers to buy Halo Infinite at the cheapest price

Let’s continue with Far Cry 6, just like Halo Infinite whose initial release scheduled for February 18, 2021 was postponed to October 7, 2021 due to the Covid-19 pandemic is finally available on Xbox Series X. The genre of the title is identical to that Halo Infinite, a first-person action-adventure shooter.

Far Cry 6 is developed by the Ubisoft Toronto studio and published by Ubisoft. Gameplay level, we find the same as that of the previous components of the franchise. The player must form a resistance in order to overthrow the dictatorial regime in place. A big novelty for this episode, the main cutscenes are now in third person rather than first as was the case until now. Also in the game, a cooperative multiplayer mode.

To have : the best deals to buy Far Cry 6 at the cheapest price

Perhaps not the best Xbox Series X game in our selection, Twelve Minutes still has some serious arguments to make. This adventure game is developed by Nomada and published by Annapurna Interactive. It has been available on Microsoft Windows, Xbox One, and Xbox Series since August 2021.

For information, we owe the realization of this independent game to Luis Antonio, formerly at Rockstar Games and Ubisoft. The latter also collaborated with Jonathan Blow on the making of The Witness. This real-time, vertical-view interactive thriller with a simple click-and-drop interface features a story that begins on a romantic evening with your wife. The evening turns into a nightmare when a police inspector shows up at your house, accuses your wife of murder and beats you to death.

From that moment you are transported to the exact moment you opened the door, locked into a twelve minute time loop (Twelve Minutes), doomed to relive the same terror over and over again. The game takes place in the apartment and requires you to react and interact to events during these 12-minute cycles, repeatedly, in order to solve a mystery.

Another title that deserves to be part of our top best Xbox Series games: The Medium. For fans of thrills, this psychological horror game played in the third person, available on Xbox Series X since January 28, 2021. In The Medium, you play Marianne, a medium capable of traveling in the spirit realm.

Halfway between the living and the spirit worlds, you will be haunted by the murder of a child who will push you to go to a mysterious abandoned hotel resort. The Medium whose oppressive and disturbing atmosphere will not leave any player indifferent. Note that there is also a physical version of the game in special edition. The latter includes a personalized scabbard, a Steelbook, the official soundtrack and a 32-page Artbook.

We couldn’t not select a title from the COD franchise for our top Xbox Series X games. Logically, we chose the eighth installment of the series, Call of Duty Vanguard, although critics preferred Warzone which is also a excellent game in the battle royale genre.

This 2021 vintage is by Sledgehammer Games. The player finds himself during the Second World War, in the middle of bloody battles and, great first, in the 4 corners of the world. The game also features aerial combat over the Pacific, parachuting into French lands, defending Stalingrad with sniper precision, and campaigns in North Africa.

Through a captivating single-player campaign, a group of elite soldiers from different countries will face the grave threat to the world. Players will also be able to enjoy the iconic Call of Duty multiplayer experience, as well as the incredible new Zombies experience developed by Treyarch. One of the best Xbox Series X games to absolutely own.

To have : the best offers to buy Call Of Duty Vanguard at the cheapest price

Developed by BioWare and published by Electronic Arts, this remastering of the first three games in the Mass Effect series was announced on November 7, 2020, and is available on Xbox Series, Xbox One and Windows PC since May 14, 2021. An Xbox Series game X that will appeal to fans of intense action RPGs and must-own on Xbox Series X.

Available from November 19, 2020 on Xbox Series X, Assassin’s Creed Vahalla is an action-adventure role-playing game, developed by Ubisoft Montreal and published by Ubisoft. This is the 12th installment in the franchise. The main action of the game takes place during the Viking Age, at the end of the 9th century.

In Assassin’s Creed Valhalla, you will play as Eivor, a formidable Viking whose spirit has been lulled, from his earliest childhood, by glorious tales of combat. You will explore a vibrant and splendid open world set in the violent medieval England of the Dark Ages. You will wage raids against your enemies, prosper your people, and strengthen your political power to secure your place among the gods in Valhalla.

To have : the best offers to buy Assassin’s Creed Vahalla at the cheapest price

We continue our top best Xbox Series X game with Psychonauts 2. This action-adventure game is the sequel to Psychonauts. It is developed by Double Fine Productions studio and published by Xbox Game Studios. It has been available since August 25, 2021 on Microsoft Windows, PlayStation 4, Xbox One and Xbox Series.

Psychonauts 2 is a platform adventure game that mixes strange missions and mysterious conspiracies. It features cinematic style and tons of customizable psychic powers. In Psychonauts2, there is as much danger as it is excitement and laughter as players guide Raz on a journey through the minds of friends and foes on a quest to defeat a deadly and evil medium.

Guardians of the Galaxy

Finally, we end our selection of the best Xbox Series games of the moment with the excellent “Marvel’S Guardians Of The Galaxy” in good French, “Guardians of the Galaxy”. Action-adventure genre, the title is developed by the Eidos Montreal studio and published by Square Enix. It has been available since October 26, 2021 on Microsoft Windows, PlayStation 4, Xbox One, PlayStation 5, Xbox Series, Nintendo Switch (cloud1) and GeForce Now.2,3 platforms.

In Guardians of the Galaxy, the player plays Peter Quill, aka Star-Lord, a superhero from the Marvel Universe. Anything goes to save the universe with the help of the other super heroes present in the game. Gamora, adopted daughter of Thanos, Drax, the now legendary warrior, Rocket Raccoon, from Kree and Groot genetic experience, last representative of his species are in the game. Within this team, Star-Lord is a leader.

Regarding the game system, the player can only control Star-Lord in combat and in exploration phases. Even if the direct control of the other Guardians is impossible, he can however act on the actions of the latter by giving them orders (lift an object, repair a terminal, use an attack…).

On the same topic :