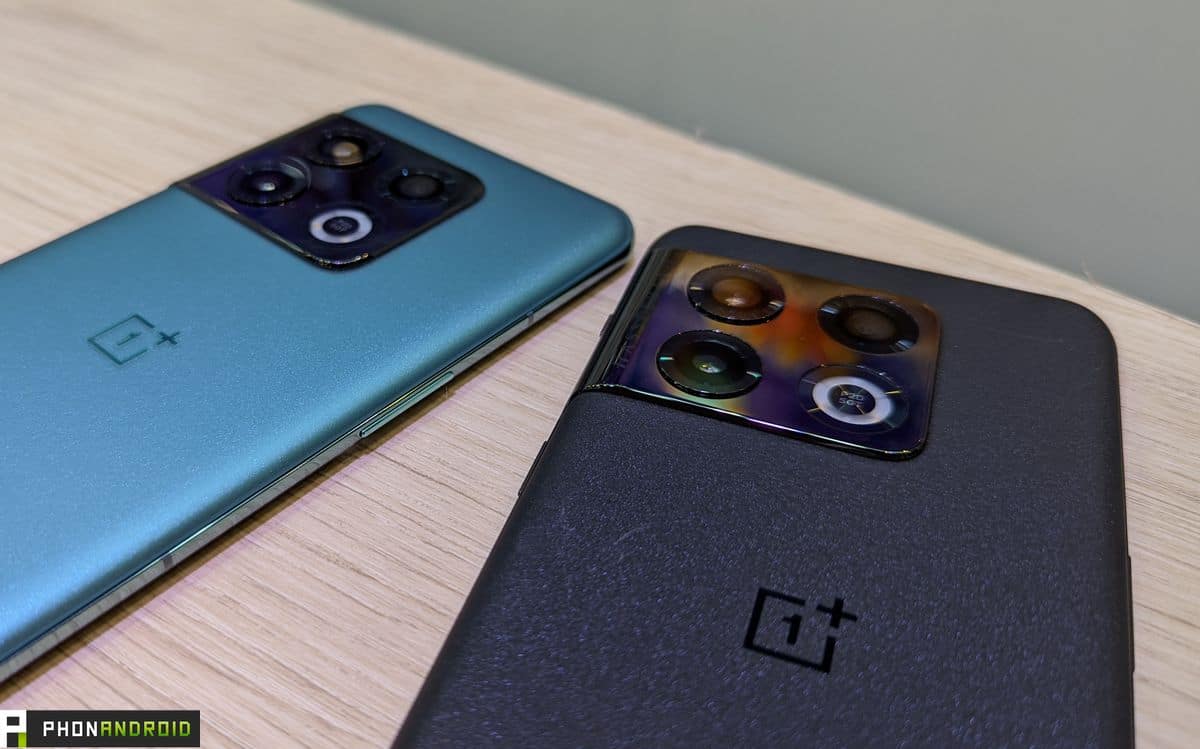 The OnePlus 10 Pro was released in China and is due to arrive in Europe soon. On the occasion of the MWC in Barcelona, ​​we were able to take it in hand to give you our first impressions. Good news, OnePlus seems to have listened to user feedback for this new iteration.

The OnePlus 10 Pro is eagerly awaited in Europe. Already sold in China, the terminal should arrive by the second half of next March, the manufacturer confessed to us. At the Barcelona MWC 2022 show, OnePlus presented this product and we were able to take it in hand.

We are not going to go over the technical characteristics again, we know them: large 6.7-inch AMOLED panel at 120 Hz, Snapdragon 8 Gen 1, photo module made up of three sensors (main of 48 Mp, ultra wide angle of 50 Mp and 8 Mp telephoto)… As usual, OnePlus is looking to bring the best of the best in technology in its high-end product.

The OnePlus 10 Pro is a massive smartphone

When you take the product in hand, two things strike at first glance. The first is its size. It would almost compete with the Galaxy S22 Ultra! Although it is not the heaviest phone on the market (200 grams), OnePlus has given its baby this sturdy appearance, reinforced by this huge photo module materialized in the form of a black square on the back cover. However, the latter does not stand out very much from the chassis, which does not give the impression that it has been “put there”. The terminal adopts dimensions of 163 x 73.9 x 8.55 mm. A beautiful beast. 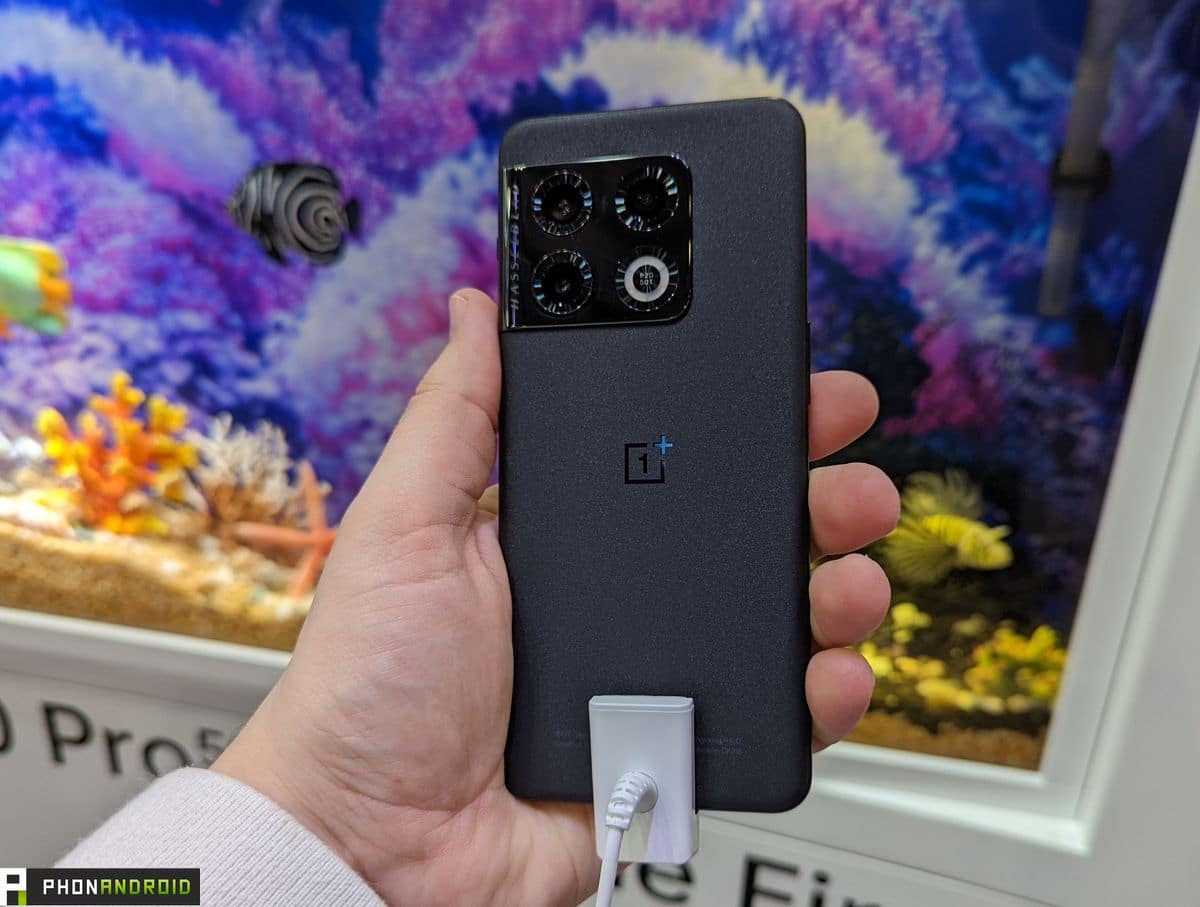 The second thing is its very chic look. OnePlus ditched the Model 9’s reinforced glass for aluminum witha sand-like texture. Very pleasant under the fingers, this texture also has the advantage of being more solid, since it is reinforced by Gorilla Glass Victus technology. The terminal will be available in two colors: black and turquoise. Both colors benefit from this hull. 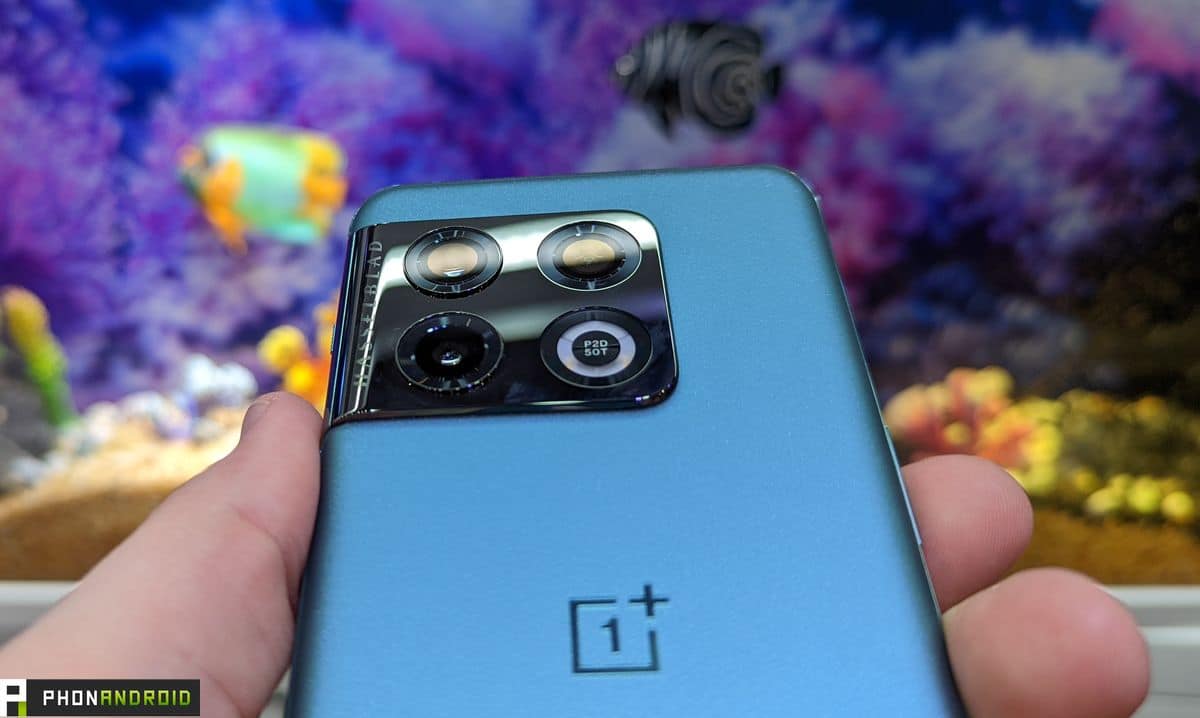 For the photo, OnePlus has abandoned the monochrome sensor on this model, giving us three sensors “only”. The brand listened to user feedback and decided to strengthen this aspect. Hasselblad still takes care of the software part and during our tests, we noticed much less aggressive processing than on the OnePlus 9. The photos are more natural and the colors seem to be respected. 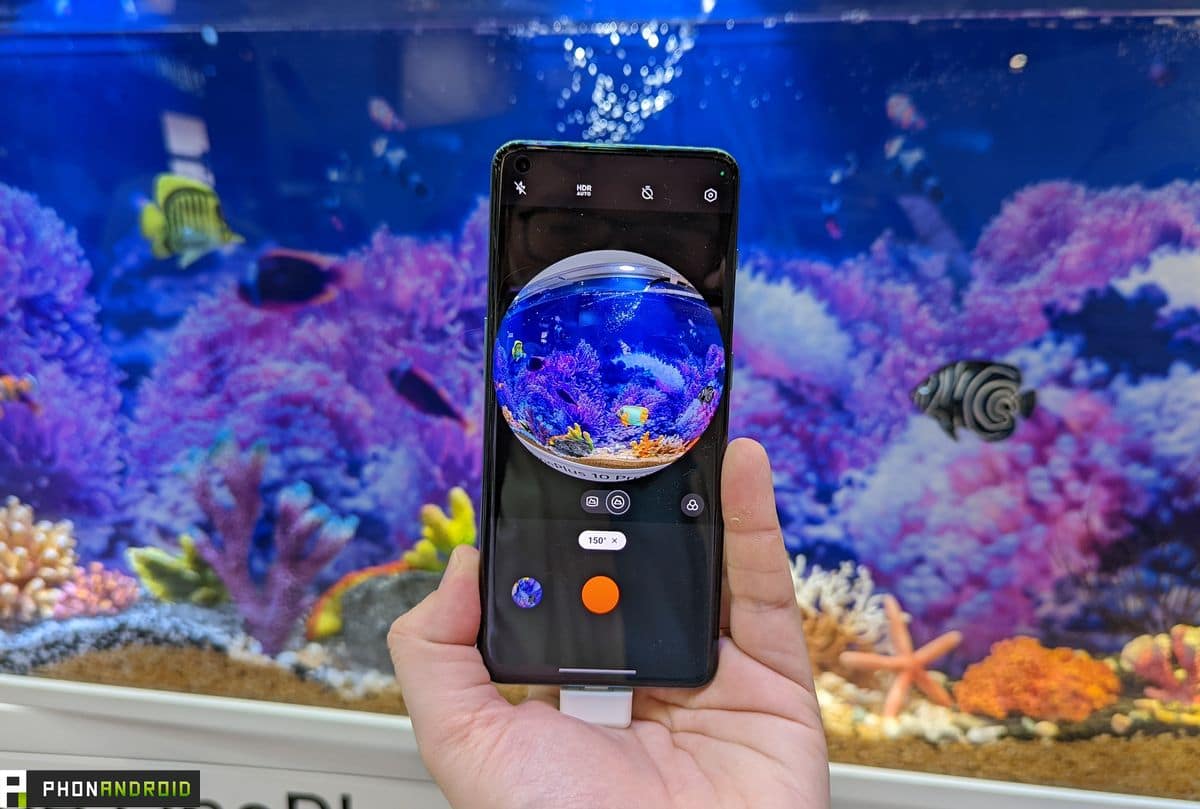 Similarly, OnePlus has included some new features from Hasselblad’s know-how: the Fisheye (up to 175 degrees) as well as the possibility of taking ultra wide angle photos, almost panoramas, in a single shot thanks to the ultra wide angle sensor. Something to delight fans. 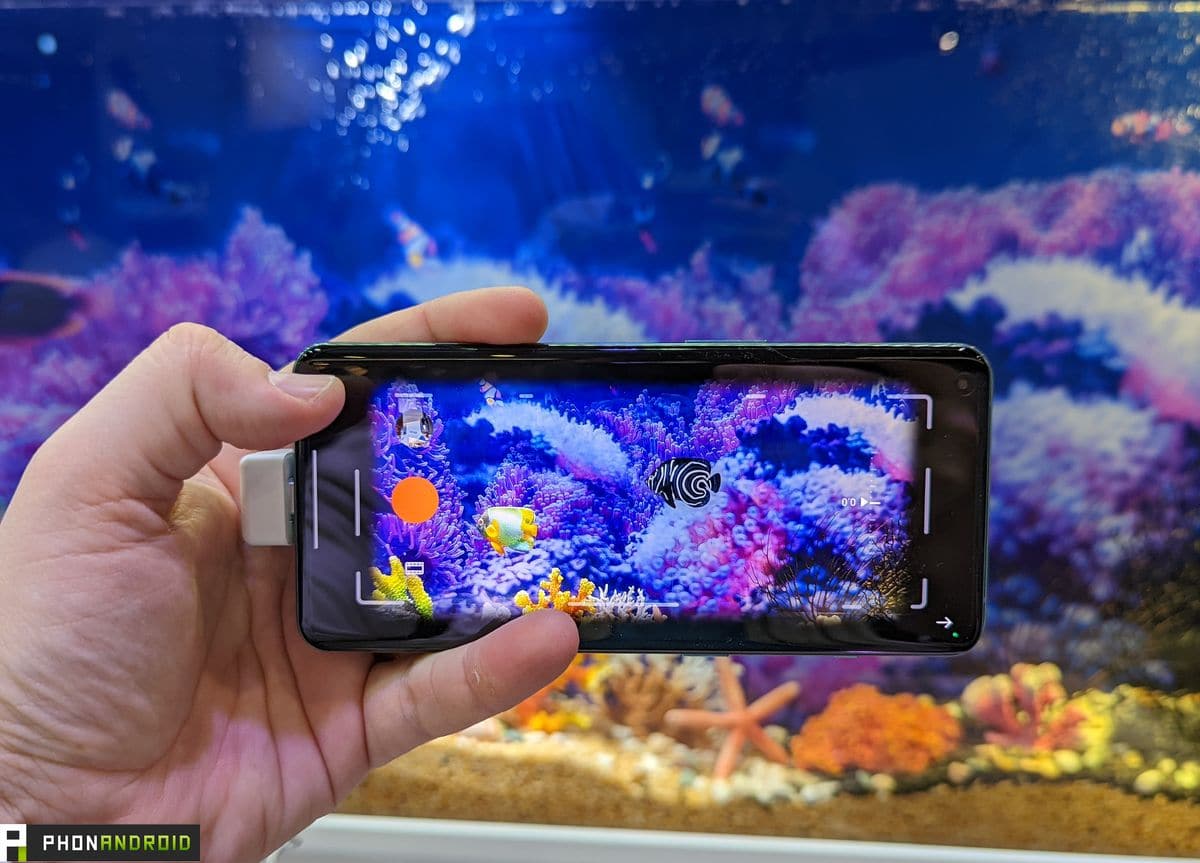 For the rest, we have an imposing phone but pleasant to use. The screen is still curved, but OnePlus has had an even lighter hand than the OnePlus 9 Pro at this level. Autonomy, which was a big concern on the previous model, has also been revised. This terminal has a large battery of 5000 mAh. The energy-efficient Snapdragon 8 Gen 1 processor and Oxygen OS 12 should also help in this segment. If we can last a whole day with this OnePlus 10 Pro, it would already be a notable improvement over the previous model. 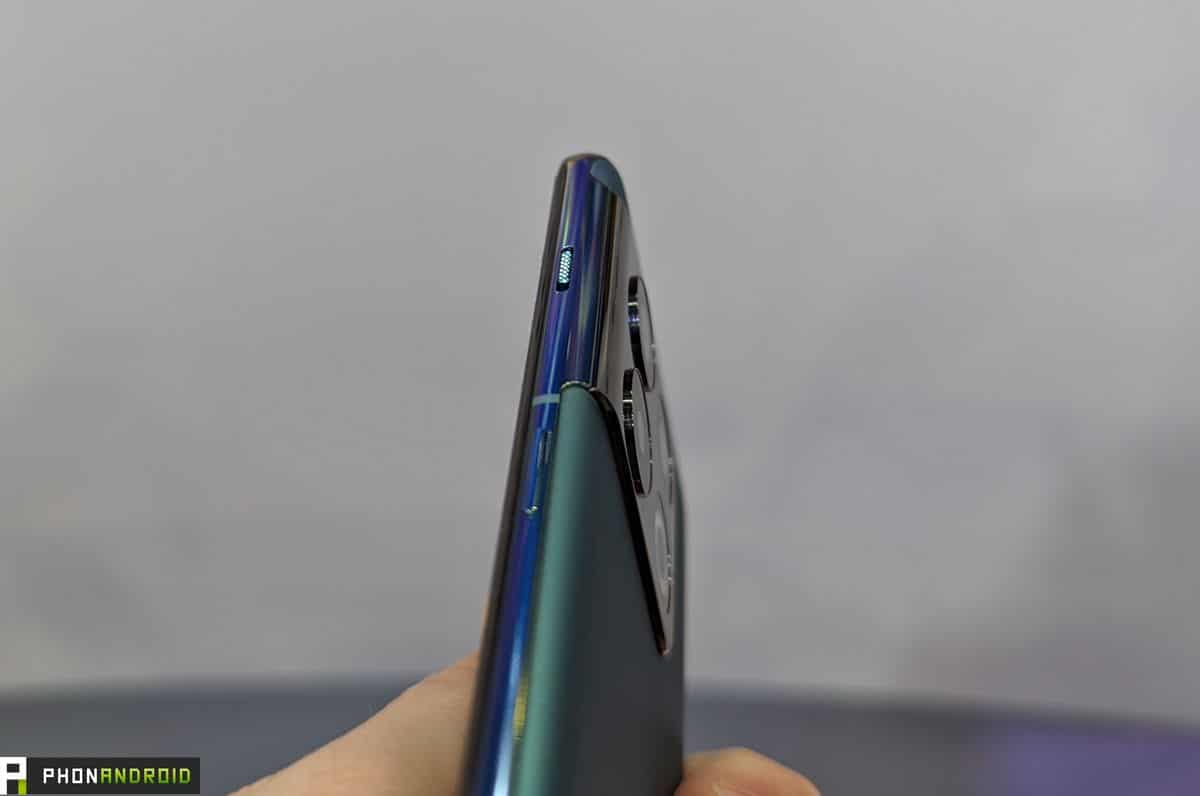 In short, we have here a promising smartphone that is pleasant to handle. However, we still have many unanswered questions. What about the screen that seemed “flashy” to us? We will have to check it during our test. The same goes for heating, which will be a major issue. Finally, it will be expected at the turn on two major points: the photo but also the autonomy. In any case, OnePlus seems to have understood that these were two important criteria for consumers, which leaves optimistic.