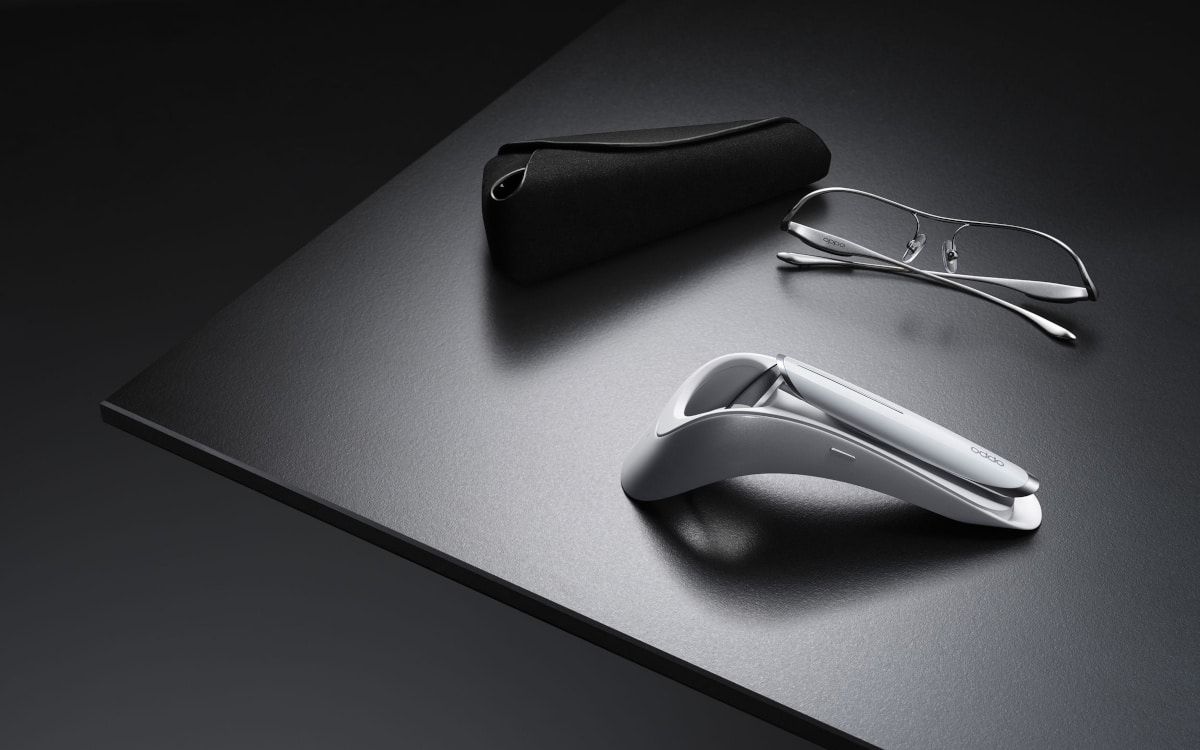 On the occasion of Inno Days 2021, Oppo unveiled a connected product that is neither a smartphone nor a smartwatch. Its name is AirGlass. It touches on “assisted” reality. And it presents itself as an alternative to Google Glass, the company’s defunct project, abandoned for reasons of confidentiality. Its launch will take place in China in early 2022.

You certainly remember the project Google Glass. It was a connected accessory that allowed information to be obtained directly at eye level. All the intelligence (SoC, RAM, storage, battery) was located in a chassis that attaches to an eyeglass frame. On this chassis was present a tactile surface for navigation in the menus. In front of the right eye was a small screen where useful information was displayed. And of course, the whole is connected to a smartphone.

Google Glass was also equipped with a speaker, microphone and camera. You could take photos or videos, listen to music, talk with Google Assistant, or make a phone call. The goal was to turn Glass into a smartphone substitute to whom all that would be missing is connectivity. But it asked big questions about privacy and protection of life. A controversy has swelled. She was right about the project that Google then turned into a product for professionals. It was in 2017.

Since then, several initiatives have been developed in the field of augmented reality. The best known are the Snap Spectacles. But we are also waiting for the Apple Glass which should arrive this year, as well as those of Facebook or Samsung. Yet it is another brand of mobile telephony that is embedded in the debate: Oppo. The Chinese firm has indeed presented during Inno Days 2021 a connected accessory called AirGlass. 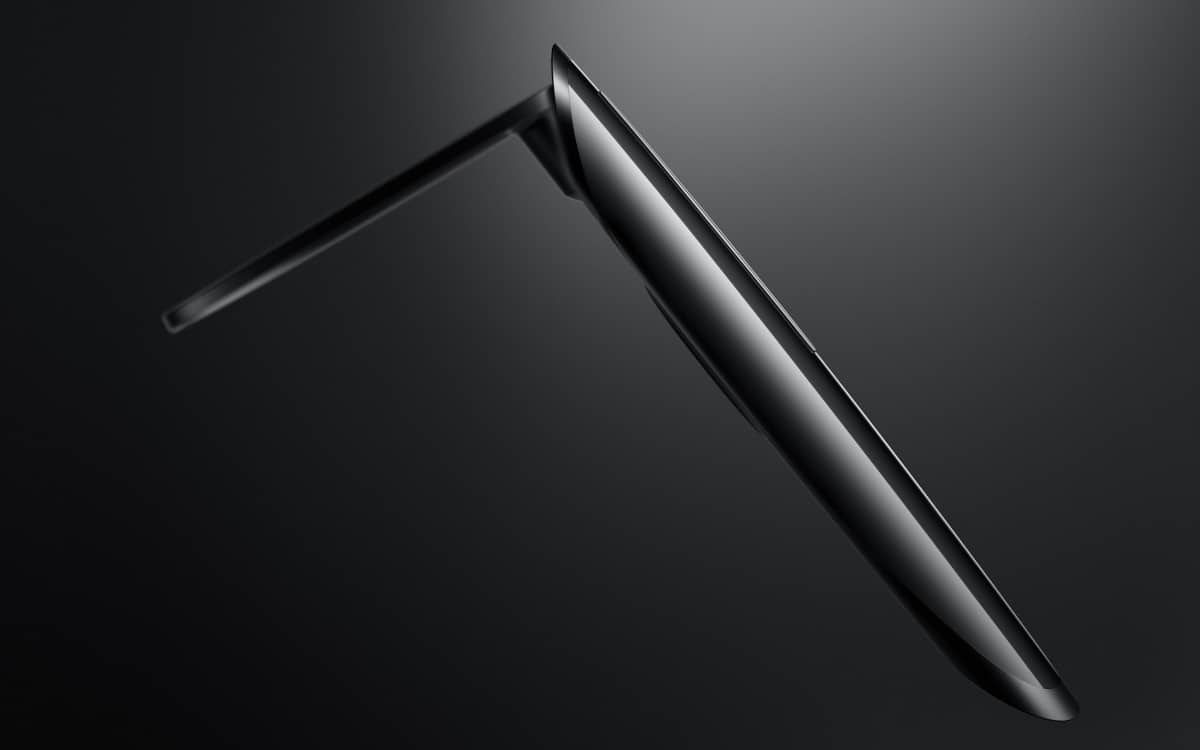 AirGlass is an accessory that ergonomically resembles Google Glass. There we find a very long chassis, in which all the technical elements are housed: the SoC, a Snapdragon Wear 4100, RAM, storage, battery and a micro-projector. Oppo promises a battery life of 3 hours in continuous use. On the surface of the shell are touch controls to control AirGlass. 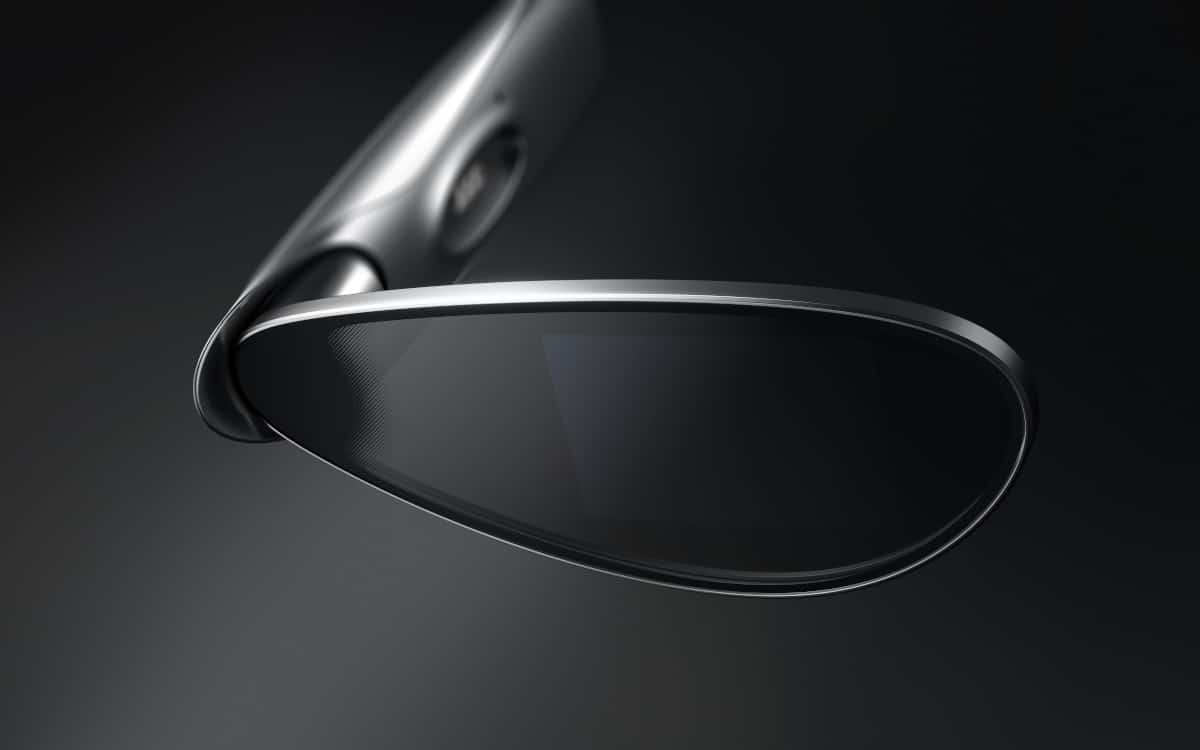 The whole weighs approx. 30 grams and attaches to the right temple of a pair of traditional glasses. At the front end of AirGlass’s chassis is a “screen”. It is a special glass protected by synthetic sapphire on which are projected the information and images from the microprojecteur Spark. The latter is composed of a micro-LED, a waveguide and 5 lenses. The system was developed by Oppo.

AirGlass: a connected box that is grafted to a spectacle frame

The accessory is grafted onto a classic spectacle frame. Or almost. This mount must have the fastening system to attach AirGlass. Oppo offers suitable frames, of course, on which you can mount lenses with or without correction. Hyperopia and myopia are supported. But Oppo does not mention the compatibility with progressive lenses. There is also a version without glass. 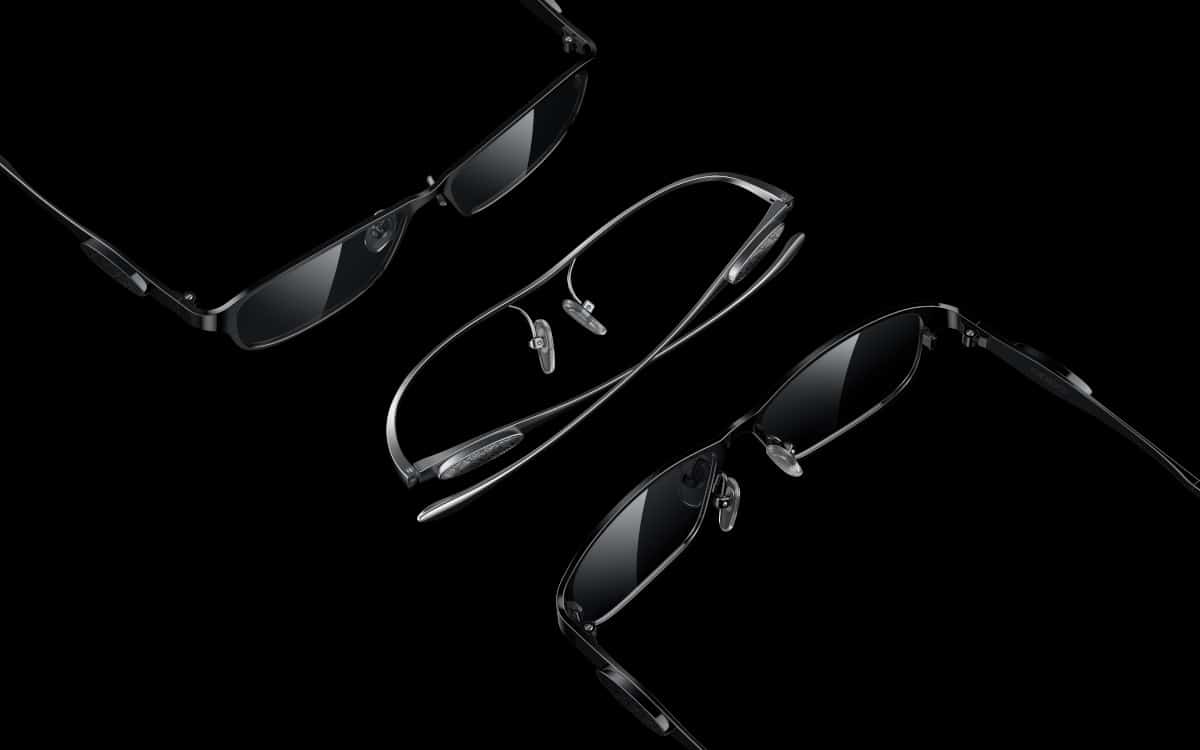 The system runs on a proprietary operating system, but relies on a application compatible Android. This application can be installed on a smartphone as well as a connected watch, in particular the Oppo Watch 2 that the brand unveiled in July 2021. The combination of the Oppo Watch 2 and AirGlass offers some interesting ergonomic advantages, in particular the remote control of the glasses on the watch. An SDK is obviously available for developers who wish to enrich the experience.

AirGlass is an assisted reality accessory, not augmented reality

Oppo presents AirGlass as an accessory linked to the ” assisted reality “. It is not about augmented reality. This means that the information displayed can be contextual, but it does not display according to what you see in front of you. No need to wait for visual guidance with an arrow showing you where to go. It is more of a ” head-up display »For more textual than visual information: weather forecast, calendar, health, navigation, etc. 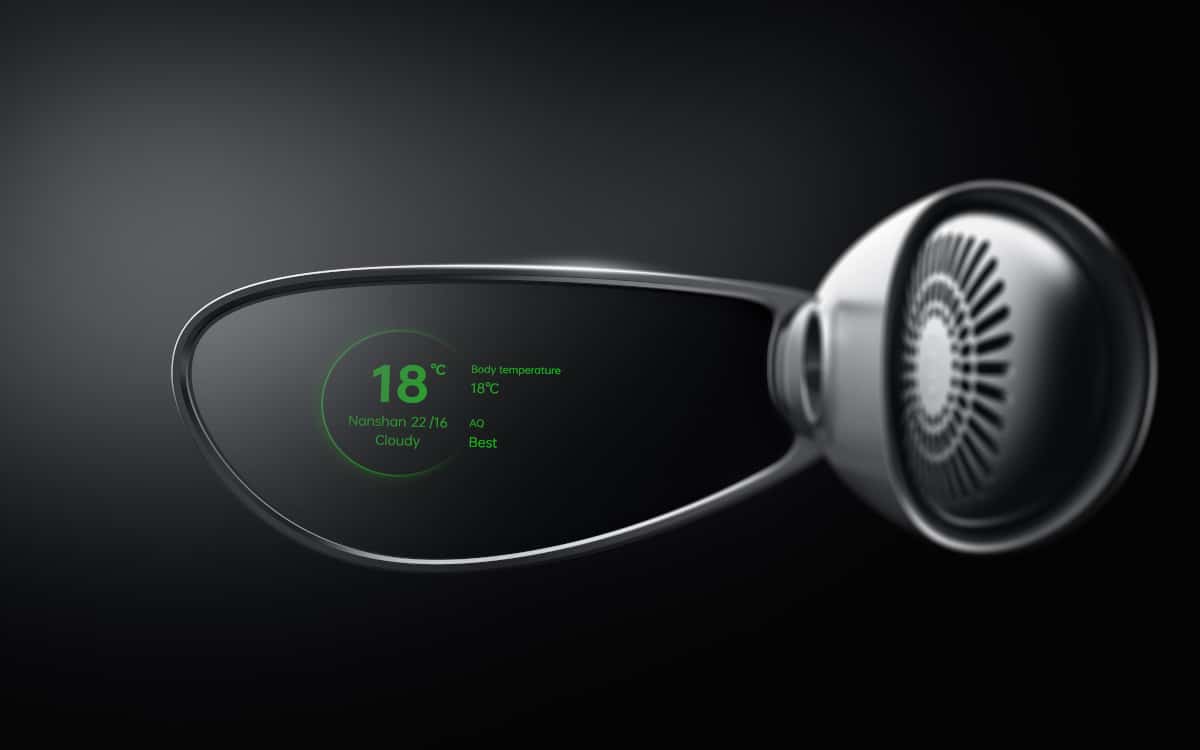 One of the interesting uses presented by Oppo is the simultaneous translation. Two people speak to each other in different languages, but they understand each other thanks to the translation that appears live on the AirGlass screen. It works today with chinese and english. But Korean and Japanese will be added soon (but not French yet). An application that reminds us of the automatic translation presented by Google with the Pixel 6. 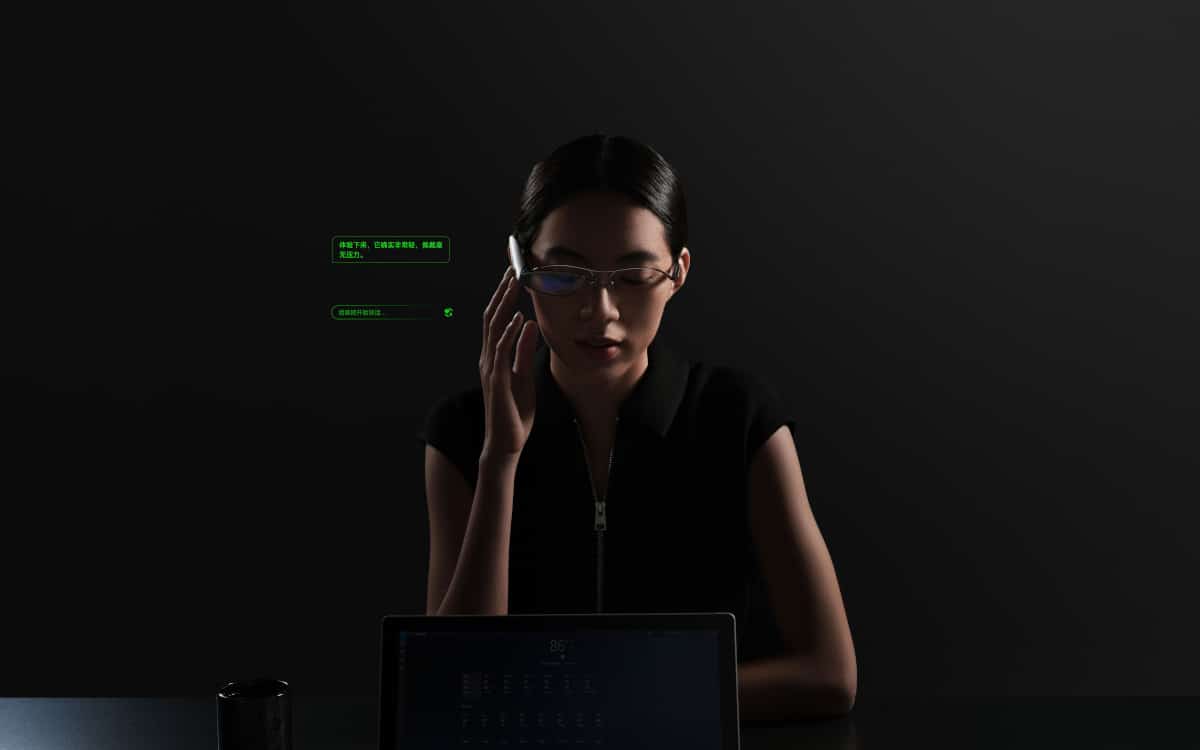 AirGlass will not revolutionize the micro-segment of connected heads-up displays. But Oppo could help its democratization. Everything will obviously depend on the price of the accessory. Marketing will start in China early next year. No price has been released. And no international launch is yet planned, the firm certainly awaiting the first returns to think about it.