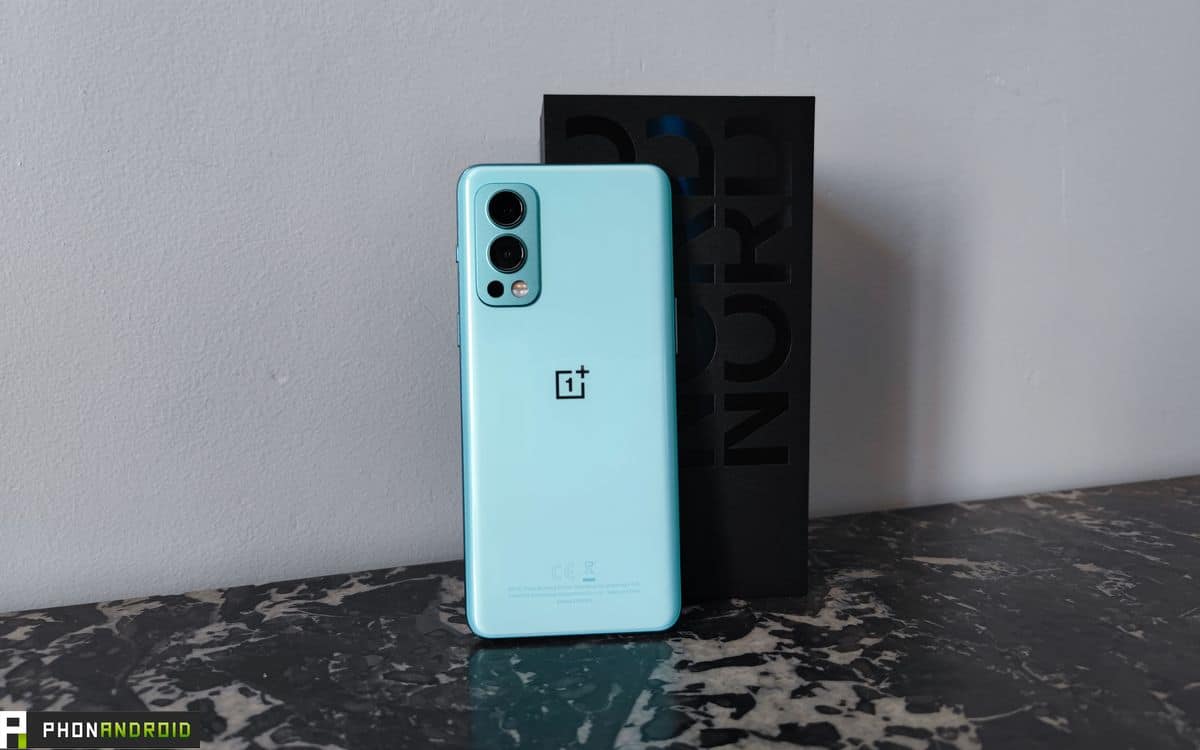 OnePlus has just lifted the veil on its highly anticipated Nord 2. Like the first iteration, the smartphone wants to appeal to those looking for an experience worthy of a high-end product at an affordable price.

The North 2 has not been a secret for a long time, having already leaked numerous times on the Internet. The brand finally made it official today and it is in line with what we expected. So we have a smartphone that doesn’t not shake up the formula established with the North, but who polishes it.

In 2020, the North was the brand’s return to the “flagship killer” formula, that is, the affordable phone with almost high-end features. The North 2 remains in this philosophy. Design level, it takes the main lines of its big brother with a hardened turquoise blue or gray glass shell. The main change is in the photo module, inspired by the OnePlus 9 series.

The screen is identical to that of the first North. We have a 6.44-inch flat Full HD + AMOLED panel. We note the presence a refresh rate of only 90 Hz, which is a bit disappointing compared to other models on the market in the same price segment, like the Redmi Note 10 Pro or the Galaxy A52 5G. But the strength of North 2 is not there.

The OnePlus Nord 2 has a MediaTek processor

Indeed, the terminal embeds a MediaTek Dimensity 1200 AI processor, that OnePlus promises us as powerful as a Snapdragon 865. SoC Custom modified for the needs of the brand, it theoretically brings an appreciable user experience, but also some small improvements in photo and video processing. For example, Dynamic HDR can adjust in real time when shooting. The color boost functionality should also automatically adjust the color profile according to the use made of the terminal. Note that this is the first phone from the brand not to have a Qualcomm processor. 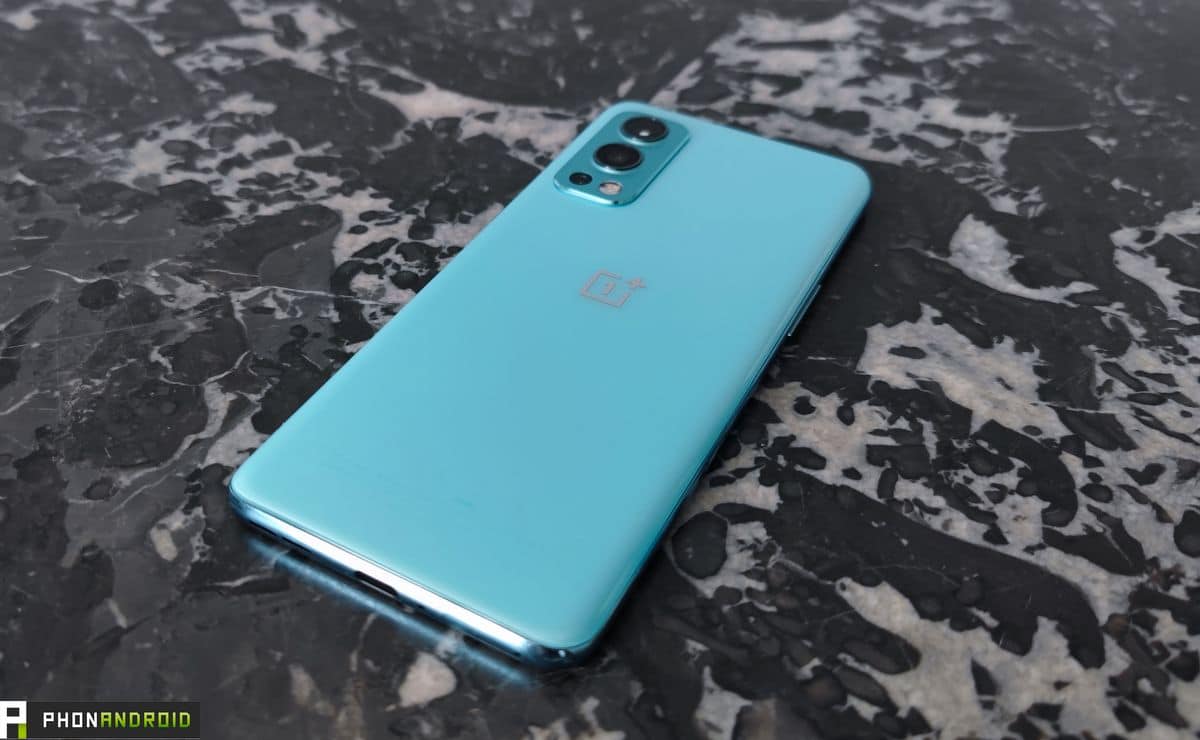 In addition to that, OnePlus is improving its photo module on the Nord 2. The smartphone has three sensors: a main one of 50 megapixels, an ultra wide angle of 8 megapixels as well as a monochrome sensor of 2 megapixels. On the video side, the sensor can shoot in 4K in 30 frames per second or in 1080p in 60 frames per second.

Improved autonomy compared to the North 1

The battery has also been revised upwards, from 4,115 mAh on the Nord 1 to 4,500 mAh here. In addition to this, the terminal is now compatible with the fast charging of 65 Watts, usually reserved for high-end products at OnePlus. The brand promises a recharge from 0 to 100% in 30 minutes top chrono. On the software side, we obviously find Android 11 with the eternal Oxygen OS overlay which passes here in its version 11.3.

In short, a beautiful product on paper, but also in everyday life. We were indeed lucky to already have it in our hands and you can find our full opinion in our test. Let’s not play the suspense: the Nord 2 is worthy of its predecessor. OnePlus wins its bet by offering a real “flagship killer”, as it used to do a few years ago now. 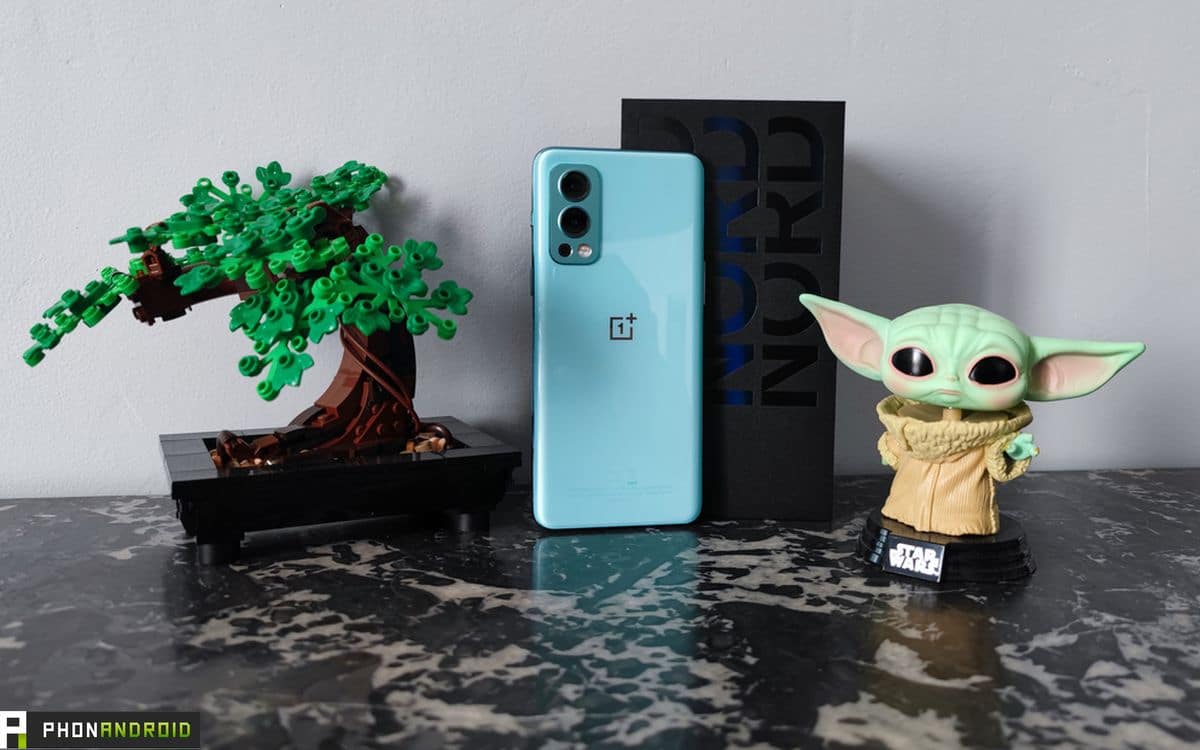 In addition to the Nord 2, OnePlus also unveiled its Buds Pro, a new version of its wireless headphones, which will be available from August 18 for 149 euros.