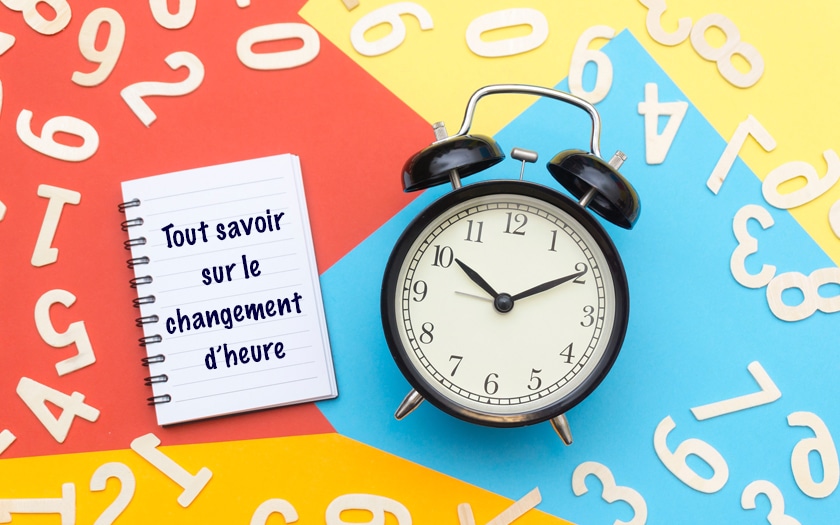 The date for the daylight saving time change is set for Sunday March 28, 2021 at 2 am: the hands will then have to be moved forward by one hour… ie one hour less sleep during this night! The time change was originally motivated by energy savings, but a European vote marks the end of the time change from 2021. Except that the Covid has been there …

The daylight saving time change is approaching. Prepare to advance your clocks by one hour on the weekend of March 27-28: we switch to summer time on Sunday 28 at 2 a.m.! Here is everything you need to know about the time change.

The next time change to switch to daylight saving time will be on Sunday March 28, 2021 : at 2:00 am in the morning, it will actually be 3:00 am. Switching to winter time is the most unpleasant one, since it causes you to lose an hour of sleep – so you have to advance the hand of your clocks by one hour (as in the illustration above) .

Since 1996, the time change dates have been the same throughout the European Union. Summer time is therefore switched simultaneously on the same day at the same time in the 27 Member States. Who have agreed to change the time twice each year, with a change to summer time fixed since the last Sunday in March.

The changeover time, 2 a.m. on a Sunday, was chosen so as to minimize any risk of disruption to transport and telecommunications.

Why are we changing the time?

In France, the first change to daylight saving time took place on June 14, 1916, and lasted until 1945 at the end of World War II, when it was switched back to constant time. The idea, initially, is to reduce energy waste at a time when lighting is one of the most important items of energy consumption. Going back or forward one hour thus makes it possible to vary the lighting needs, in particular in offices and shops which have legal opening and closing hours.

The return of the time change took place in 1976 in the wake of the oil shock of 1973. At the time, public and private lighting was still mainly based on energy-hungry incandescent lamps. However, despite the recovery, and the switch to more efficient energy devices (LED lighting, disappearance of filament lamps and energy consumption indices for a wide variety of devices), the time change has continued. And it was even harmonized in the European Union in the early 2000s.

However, according to a study by ADEME, the more the use of products and devices with high energy efficiency becomes widespread, the less the benefits of the device are real. The agency notes that savings are still being made on lighting, they are limited. A joint study with EDF, ADEME and the Ministry of Industry concluded that it was possible to save 0.015% of total energy consumption in 2014 thanks to daylight saving time. In other words: not much.

Is the change of time bad for your health?

This is a recurring criticism of the time change: it would be bad for your health. Several recent studies show that moving the time forward in spring can temporarily reduce sleep time. This would increase the number and severity of heart attacks for at least seven days after the time change. Beyond that, there would be more work and traffic accidents.

In France, the return to winter time leads to a peak in accidents for about a week, especially at the end of the day when the excess accidents reach up to + 47% for pedestrians. Beyond that, it poses problems in telecommunications and international transport. So for a long time it has been called into question.

A report submitted to the Senate in 1997 thus estimated that “The announced or expected advantages of the half-yearly change in time are not sufficiently important to compensate for the disadvantages felt by the populations”. The question of its abolition has been coming back to the table regularly for several years.

Similar consultations elsewhere in Europe have overwhelmingly produced similar results. Suddenly, the question was examined by MEPs who decided on Tuesday March 26, 2019 to remove the seasonal time change from 2021. However, the text specifies that “Member states will retain the right to decide their time zone”. A majority of French people supported maintaining daylight saving time.

Still, the health crisis has completely upset this calendar. For the moment, the end of the change is put on hold and nothing was finally ratified at the beginning of the year. For a decision to be made, it will probably be necessary to wait until the end of 2021, at the very least.