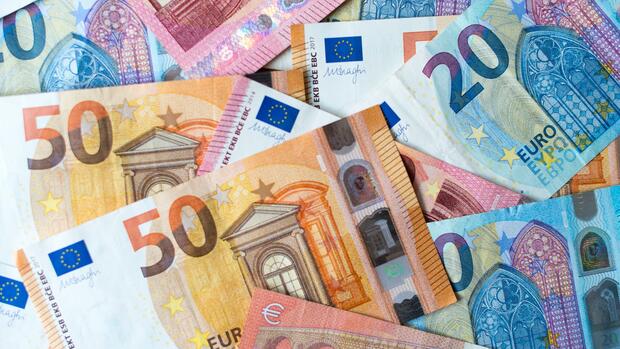 Since the austerity policy of the then Chancellor Brüning, it has been known that the state should not save up after a slump in the economy, but should replace missing private demand with additional expenditure financed by deficits. In times of demand-related crises, the hour of Keynesianism strikes.

Thanks to such an anti-cyclical fiscal policy, no recession in German post-war history has lasted longer than a year. However, Germany mostly benefited from its high-export industry, which benefited from a renewed increase in foreign demand. In the 2009 recession, Germany was a major beneficiary of China’s economic expansion.

But this time a lot is different. The global corona pandemic caused not only the demand for capital goods but also private consumption to drop. Unlike in 2009, not only the eight million industrial workers are affected this time, but also many of the 33 million workers in the service sector.

And although millions of retirees, government employees and transfer recipients didn’t have to worry about their income, they also significantly reduced their consumption. And so, in the first half of 2020, the German gross domestic product fell by an estimated 14 percent compared to the beginning of the year and is now at the level of autumn 2010. The gains in prosperity generated in a decade vanished within a few weeks.

If it is actually possible to make up for this loss of wealth by 2022, this should also be thanks to the government’s courageous measures. Their huge rescue packages secured millions of jobs and economic livelihoods. In such a situation, a lot helps a lot.

Nevertheless, one should not lose sight of the long-term competitiveness of the German economy even in such an exceptional situation. Because it is just as important as the short-term stabilization of the economy to consider the consequences of the crisis for potential growth. This is because there is a risk that the corona crisis will irreparably destroy intact structures, thereby reducing the basis for future growth. Prosperity would then increase more slowly and the state’s ability to repay debts and face future crises would be diminished.

There would be permanent economic damage if, for example, large parts of a year could not find a training place or could not be taken on after their training. There is also a risk of permanent changes in demand that could cause structural dislocations, for example if major events are avoided, travel behavior changes or online offers are increasingly chosen.

According to estimates, the production potential grew by 1.4 percent per year between 1996 and 2019. In the period 2020 to 2024, this trend growth is likely to decrease to one percent even without long-term pandemic effects. At the same time, there is a strong aging spurt that will last two decades and will affect all areas of the economy. KfW expects the resulting shortage of skilled workers to stop growing the German economy in the medium to long term.
To make matters worse, the corona crisis will drive up labor costs in the short and especially in the medium term. The federal government will not be able to permanently afford to limit the social security tax burden to 40 percent.

Already in the Bundestag election campaign in 2021 it should become clear that full-bodied campaign promises will be made, but there will be a lack of money to implement them in the foreseeable future. Politicians are aware of this and are trying to clear the electoral campaign through inventory indebtedness that leaves the federal reserves untouched.

What Germany urgently needs in the next legislative period is a comprehensive tax and social reform. The high transfer deprivation rates for the long-term unemployed have to be mitigated, low and medium-income earners relieved and the rapid increase in the marginal burden on income in the middle range slowed down. Taxes for companies should also be reduced to make Germany more attractive for investments.

Germany does not need a horse cure like Gerhard Schröder’s Agenda 2010. In the next legislature, however, politics should initiate the shift from a demand-increasing policy to a supply policy. The focus must be on increasing weak potential growth. It should not be overlooked that two key industries, the auto industry and mechanical engineering, are in crisis and that the energy turnaround is unfortunately driving up electricity prices.