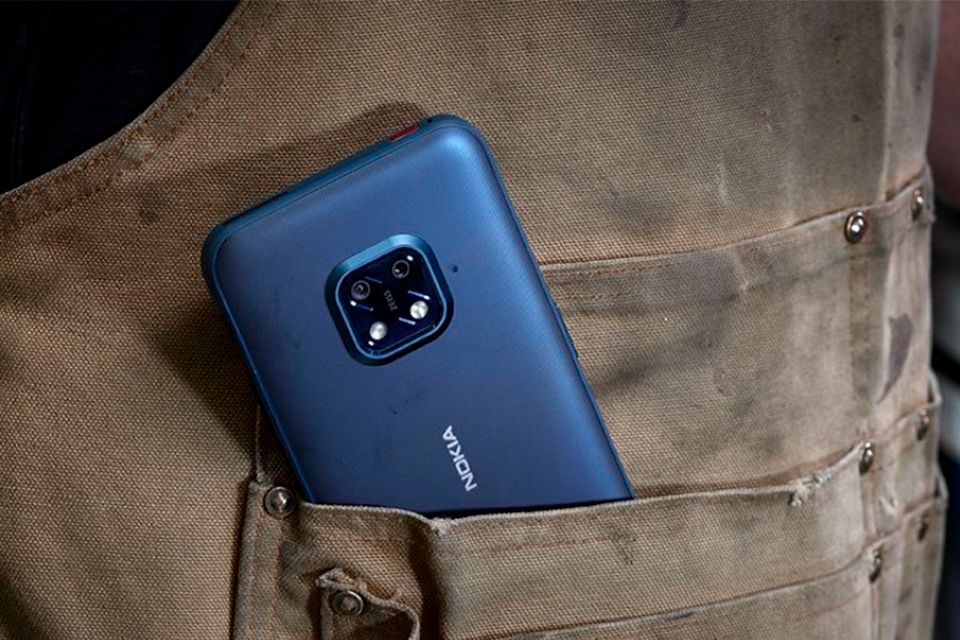 By introducing the new Nokia XR20 with the cell phone taking kicks from player Roberto Carlos, HMD Global wanted to leave a clear message: the smartphone has a strong focus on physical endurance and can live up to the legacy of the iconic Nokia 3310. Strong, modern “brick” should also be software durable and deliver longevity for those looking for more basic functions on a mobile device.

According to HMD Global, the new phone will hit the market with Android 11 and will feature three operating system updates. The novelty makes the model abreast of top-of-the-line devices from brands such as Samsung and Google.

In addition, the manufacturer will continue using a clean version of the OS, leaving out pre-installed programs. In a world where giants like Xiaomi are increasingly investing in their own interfaces, Nokia believes that the best way is to deliver a simple and lightweight experience to consumers.

“When you turn on your cell phone, the last thing you need is something slowing it down,” explains HMD Global on the Finnish brand’s website. “We don’t add bloatware that wastes your battery. We don’t add clutter that drains processing power.”

Strong on the outside, light on the inside

The simple experience delivered on Android is also reflected in Nokia’s handset hardware. While the XR20 promises to take on any challenge from the outside, the smartphone’s interior shouldn’t impress enthusiasts, but it might be enough for a user simply looking for a device that doesn’t break and lets you play candy Crush, or zap on social media.

The XR20 hits the market with a Snapdragon 480 processor, Qualcomm’s entry-level model that’s certainly not made for heavy gaming, but has support for 5G. However, adopting the chip may be just another part of Nokia’s growth strategy, which has its eye on the entry-level market.

While Nokia experienced interesting moments in the top-of-the-line market with the Lumia series, the current stage of HMD Global’s strategy refers to the golden times of the Finnish brand, with durable, simple and affordable smartphones.

Although the Snapdragon 480 delivers a basic performance, the model guarantees better battery life and affordable price compared to more powerful chips. This can ensure more competitiveness in the entry-level and mid-range cell phone market, even with the XR20’s various strength-oriented improvements, which considerably increase the price of the cell phone.

Carrying a 4,630 mAh power supply and a 6.67-inch Full HD+ screen, the XR20 goes abroad costing 499 euros, around R$3,000 in direct conversion. The value and specs place the device almost like a “premium” option in the new Nokia’s catalog, which is highly focused on entry-level phones. Very basic.

Focus on the cockroaches

In the first quarter of 2021, Nokia registered growth in sales in the market with the boost of “feature phones”, which are extremely simple devices that even leave some “smart” functions aside, but still bring apps like WhatsApp. Between January and March, HMD Global managed to market about 2.8 million devices globally and was ranked 11th in the ranking of companies that sell most cell phones, but ended the period in third in the segment of basic devices.

By mid-2020, Nokia owned about half of the feature phone segment in Finland, its home country, securing a position in the “Top 5” of the most popular brands there. Now, the company is also able to grow in other markets with its entry-level smartphone and entry-level handset strategy, such as in the United States.

According to data from Counterpoint Research, Nokia achieved 35% growth in Uncle Sam’s land during the first six months of 2021 compared to the same period last year. One of the reasons for the success of the brand, and also other competitors, is the exit of LG from the smartphone market.

After years of struggle in the mobile market, the South Korean manufacturer left a vacuum in the segment of entry and intermediate cell phones in several markets, including Brazil. Considering Nokia’s fame with entry-level phones, the brand finally has a good chance of returning to its golden years in the industry “starting low” and gradually gaining more ground.

OnePlus, Motorola and Nokia are taking over LG’s market, at least in the US.Source: Counterpoint Research

It is important to note, however, that competition is high in the 5G cell phone market under US$600. While Nokia had 35% growth in the US in the first half compared to last year, Morotola, which is also strong in the entry and intermediate segment, it achieved an 83% annual jump in its sales over the same period.

However, the numbers are meager compared to the reach of OnePlus, which guaranteed a 428% increase in its sales in the first half of 2021 in the United States, thanks to the success of cheap models like the  N100 and N10 5G. In addition, we cannot forget Chinese companies like Realme, which have barely arrived on the market and are already “sitting by the window”, guaranteeing more and more space in the global market.

With that in mind, Nokia will have to be as strong as the XR20 to re-establish itself in the smartphone market.