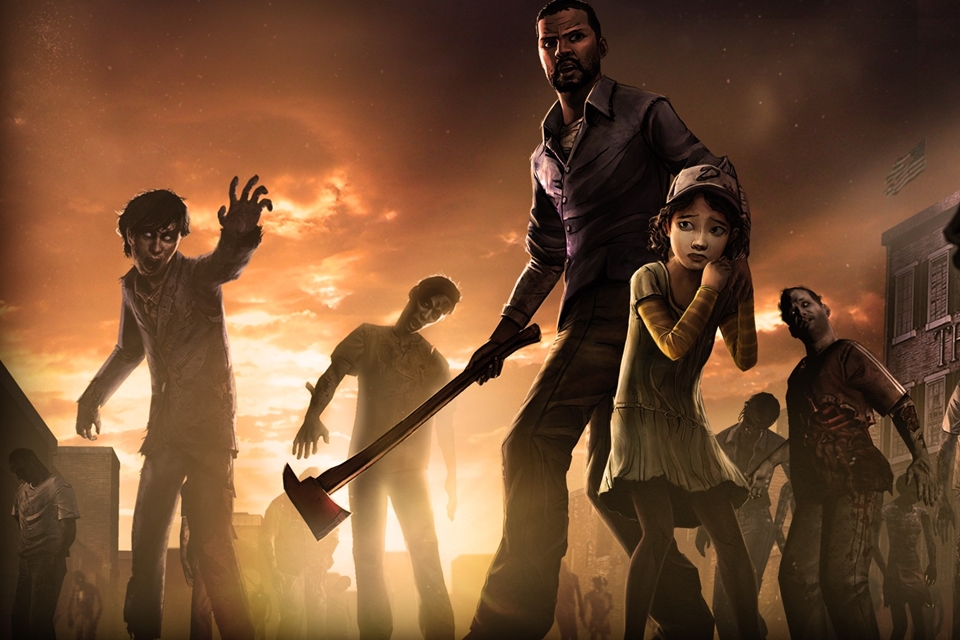 A game with a good narrative does not just depend on how the plot is conducted, it also needs to have a well-done ending that satisfactorily concludes the journey for those who are following it. This often means something positive, with the protagonist defeating the enemy and “living happily ever after.”

However, in the last few years, many games are presenting sadder conclusions, embracing the fact that, in the real world, things don’t always go as we would like and not every adventure will end well.

With that in mind, we have separated a list of nine titles with tragic endings that can be left in the minds of players for a long time. And, as you might imagine, there are many spoilers below. Check it out below:

1. The Walking Dead: Season One

Of course, in a world overtaken by the zombie apocalypse, happy endings seem quite impossible. AND Walking Dead: Season One it is a perfect example of this.

After accompanying the young Clementine in the search for her parents and going through so many desperate moments, Lee ends up being bitten. To make matters worse, the protagonist discovers that the girl’s family has already been transformed, and knowing that he will soon have the same fate, he asks her for an impossible task: kill him before that happens.

Of course, there is an option to tell Clementine to run away, but that doesn’t change the fact that the girl ends up alone, without her parents or Lee, and having to manage in an extremely hostile environment.

To The Moon tells the story of Doctors Watts and Rosalene, capable of altering people’s memories to make them believe that they have achieved all their goals and desires. However, when the operation is performed, all real memories are erased, which is why it is only done when someone is close to dying.

The patient of the plot is an elderly man named Johnny Wyles, whose dream has always been to go to the moon, and as doctors sought the best way to do his job, they end up finding out about the death of Wyles’ brother – which his mother made him forget through use of beta-blockers – and that he is also married, although the relationship was not very happy.

In the end, the doctors conclude their mission, Johnny dies believing that he has already visited the Moon, but never knowing about his brother’s death and forgetting about his first meeting with his wife.

3. Brothers: A Tale of Two Sons

In this game, we follow the journey of the brothers Naia and Naiee in search of a cure for their father’s illness. With their mother already dead, saving their only living relative becomes even more important, even if it means facing diverse dangers and hostile environments.

During the adventure, they meet a young girl who helps them on their mission, only to find out later that she is a giant spider in disguise who planned to make the boys their dinner.

In the end, they end up winning the fight, but Naia is mortally wounded, dying shortly after her younger brother finds the much sought after healing water. Naiee even tries to use the liquid to save her companion’s life, but it’s all in vain, and the title ends with the young man and his father in front of two headstones, with tears streaming down their faces (and the players’ too). ).

4. The Legend of Zelda: Link’s Awakening

Link’s Awakening it has a cute look and very funny scenarios, but if you think about it, its conclusion can be somewhat tragic and even disturbing.

Towards the end, most bosses begin to plead with Link to give up his mission, as destroying each Nightmare will bring ruin to the island of Koholint. After the last battle, the protagonist manages to wake up the Windfish and leave the place, but this causes the existence of all the inhabitants he has approached to be completely wiped out.

When a game offers the possibility of two endings, we expect one to be good and the other to be bad. However, in Bastion, both are dark. Depending on the choices made during the gameplay, the player may choose at the end to go back in time and try to avoid the destruction of the world, or accept that there is nothing that can be done to prevent this from happening.

The setback may seem like a positive thing, but it has no effect on the events of history, proving that no matter what is done, that world will always be doomed.

An autobiographical title that depicts the experiences of the Green family during his son Joel’s hard battle with cancer, which unfortunately ends up losing the fight at the age of five. I don’t think I need to explain further how much That Drangon, Cancer it’s deeply exciting and tragic, right?

Who has never wanted the ability to turn back time to change their actions or even change their lives and the lives of others? Well, Life Is Strange showed that even if this were possible, the consequences could be terrifying.

After causing a break in the space-time continuum, Max must make a decision that no young man should make: save his best friend and let Arcadia Bay be destroyed, or sacrifice Chloe to restore the timeline and save all the other inhabitants of the city .

In the end, no matter what choice is made, the young woman will still lose an important piece of herself in the process.

A visit to a favorite childhood spot ends up sending the twins Mayu and Mio on a terrifying journey through a village cursed by tortured souls.

While Mayu falls into a kind of trance and is driven further and further into the background by strange crimson butterflies, it is up to Mio to look for her, slowly discovering about the failed ritual that caused such a disaster.

In the end, the protagonist has two choices to make: flee alone, leaving her twin behind in this horrendous place, or face the evil spirit and then conclude the ritual, killing Mayu with her own hands and breaking the curse once and for all.

Even offering two endings, Ghost of Tsushima it still ends in a tragic way. After battling several times with Lord Shimura, his uncle and father figure for most of his life, Jin Sakai is confronted by the man at the end, who reveals that the Shogun asked him to kill his nephew for the actions committed during the war.

Sakai wins the duel and has two options: kill the lord and allow him to be remembered with a respected figure, or let him live with the dishonor and guilt of his actions, knowing that he will pursue him for the rest of his life. life.