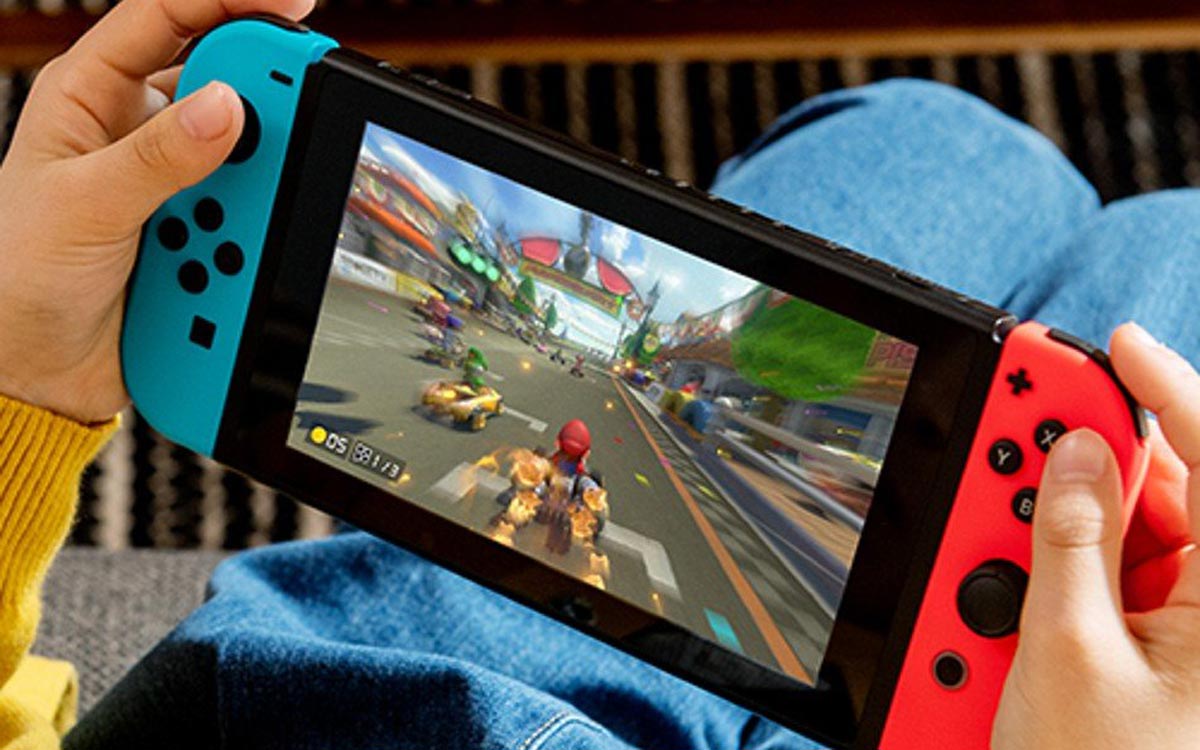 According to a leaker Nintendo would have decided to rely on the DLSS technology that Nvidia has been using in the GeForce RTXs since 2018. The objective is to boost the graphics performance of the console and allow it to display Ultra HD in dock mode and Full HD in portable mode. The same source indicates a possible postponement of commercialization in 2022.

An indiscreet character, answering the sweet code name “NateDrake”, claims on the forum of the respectable site ResetEra, that Nintendo’s next console, the Switch Pro (or Super Switch, as you like), will benefit from a new graphics technology which will make it easier to display games in very high definition. Knowing that the Switch is currently the least powerful console on the market, this will certainly be of interest to lovers of beautiful images.

What are we talking about exactly? The leaker claims that the Switch Pro will benefit from Nvidia’s DLSS technology. DLSS, that means Deep Learning Super Sampling, which Nvidia France translates as ” Super-Sampling by Deep Learning “. This is a technology introduced in GeForce RTXs since 2018 which consists of using a low definition image and transforming it into a high resolution image (upscaling) using artificial intelligence.

The purpose of DLSS is therefore twofold. On the one hand relieve the GPU by giving it to make images easier to create. These images are then enhanced using coprocessors dedicated to artificial intelligence. On the other hand, the graphics processor, less used, can increase its production rate (and therefore increase the number of images per second). He can even indulge himself in a few pleasures, such as activating ray tracing. This is the case with some RTXs. Find at the end of the article a video from Nvidia on the effects of DLSS.

Thanks to the integration of DLSS, the Switch Pro would be able to considerably increase the definition of the images displayed, without exploding its power consumption. The leaker claims that the console would be able to display 4K in dock mode (instead of Full HD) and 1080p in portable mode (instead of 720p today). This would therefore allow Nintendo to partially catch up with competing consoles and take advantage of the OLED screen announced by some rumors.

The integration of DLSS in the Switch Pro implies the arrival of a new platform that would have dedicated artificial intelligence coprocessors similar to the Tensor Core of GeForce RTXs. According to our predictions, it could be the Tegra “Xavier”, a more recent SoC of two generations compared to the Switch’s Tegra X1. It has eight application cores, a CUDA compatible Volta GPU and, in fact, a Tensor coprocessor dedicated to Deep Learning. Note that the Tegra Xavier is the first SoC of the Tegra family to benefit from the Tensor coprocessor.

The Switch is in great need of graphic improvement

Even if it is to be taken with a grain of salt, why is this rumor not so crazy? For two reasons. The first is the partnership between Nintendo and Nvidia. The second provides the technical platform for the console of the first. Simply. Unlike Sony and Microsoft, who chose to rely on AMD, Nintendo handed the Switch platform to Nvidia. And it wouldn’t be surprising if his replacement was too.

Second reason: the Switch badly needs a boost on its graphics performance. However, the console is hybrid: it is intended to be both a living room console and a portable console. Too much power in the machine would lead to a sharp decrease in autonomy. DLSS therefore appears to be an appropriate solution to improve the graphics performance of the console without (too) straining battery life. Because, even if the use of artificial intelligence is, in this case less greedy than calculating all the points of an image, this will obviously require an additional energy effort.

Finally, note that the leaker says that the console would be well announced this year. But it could be the victim of a start-up delay, marketing may slide into 2022 given the shortages that the electronics world has been experiencing for the past few months (and which is causing the Xbox Series X and PlayStation 5 to be repeatedly out of stock).