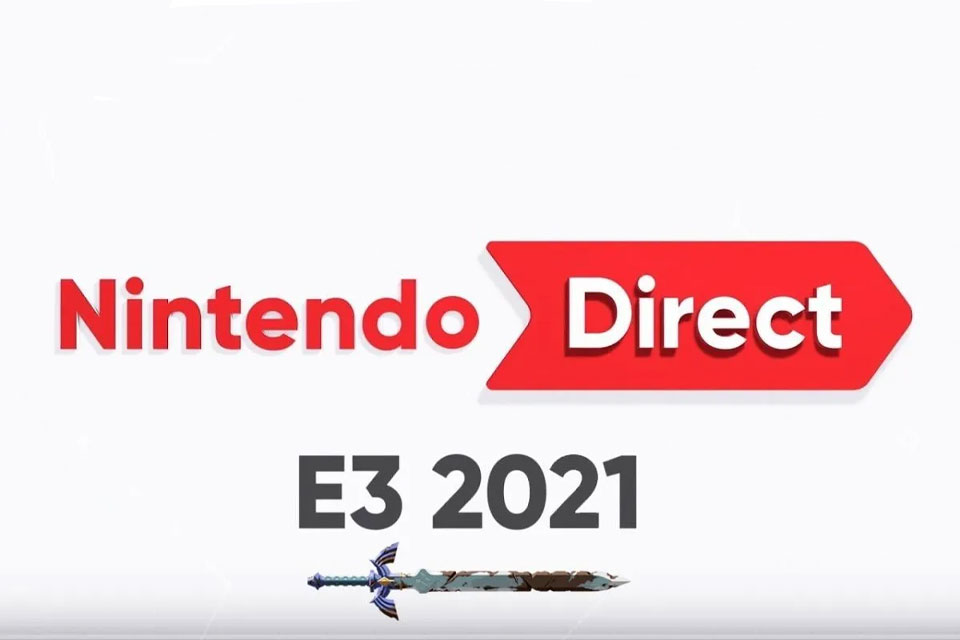 Day 4 of E3 is ending. Nintendo has already made its Direct telling many news about the company’s future and here is the summary of everything that happened in the presentation.

We started with a new character in Super Smash Bros. Ultimate, which is Kazuya Mishima, from the franchise Tekken. Right at the beginning of the trailer, we can see him playing cliff fighters, as we’re used to in his original game, and we’ve seen some of his moves. We’ll learn more about Kazuya in a live on June 28 at 3pm GMT.

Square Enix quickly showed up to talk about their upcoming games coming on Nintendo’s console. First, Life is Strange: True Colors, which will be released on September 10th, and Life is Strange: Remastered Collection, which arrives at the end of the year.

The publisher also announced that Marvel’s Guardians of the Galaxy arrives at the console via the cloud, a format that allows heavier titles to run well on the console, which is a little weaker.

The university management game Two Point Campus, which was announced in recent days, will be released for the Nintendo Switch in 2022.

Confirming the rumors, a new game of super monkey ball was announced. Super Monkey Ball: Banana Mania is a remake of the classic titles in the franchise for the Nintendo Switch. It will have 300 levels recreated for the current generation and will be released on October 5th of this year.

Who was also disappearing and reappeared was the franchise Mario Party with the new subtitle game superstars. It will bring 100 minigames, all modes work online, it is possible to save progress in the middle of the game, it will have subtitles in PT-BR and arrives on October 29th.

Expectations for Metroid Prime 4 were high, but right away we received the information that the game is in development and would not be presented during the conference. But it’s not a moment of sadness, as we’ve received confirmation from Metroid Dread, a new 2D game in the franchise that will be released on October 8th.

Nintendo has announced that the game will receive a special double Amiibo, featuring Samus and the villain E.M.M.I.

After that, we saw a video of Just Dance 2022 and the arrival of the classic Cruis’n’Blast, both of which will be released for the Nintendo Switch.

WarioWare: Get It Together

And one of Mario’s biggest opponents will receive a new game. WarioWare: Get It Together is a compilation of bizarre minigames that will arrive on September 10th. The last game in the series was released in 2018 for Nintendo 3DS, in case doubt arises.

And finally Atlus revealed the release date of their next big game, Shin Megami Tensei V. With a beautiful trailer that even shows the combat of the game, the Switch exclusive will be released on November 12th.

A bundle of Danganronpa will be released soon. Called Decadence, it will join Danganronpa: Trigger Happy Havoc, Danganronpa 2: Goodbye Despair, Danganronpa V3: Killing Harmony. It will be available later this year.

Another franchise that came back from the ashes like a phoenix was Advance Wars with the game Advance Wars 1+2: Re-Boot Camp. The remake of the tactical game is scheduled for December 3rd and you can pre-order it today.

The closing was attended by Eiji Aonuma, producer of the series The Legend of Zelda. Initially, he talked about an update for Hyrule Warrios and Skyward Sword HD. Then, in celebration of the 35th anniversary, the first The Legend of Zelda will be released for Game & Watch, a predecessor of the Game Boy, which will be available on November 12th.

After that, we come to the great moment of seeing the sequel to Breath of the Wild. With an absolutely wonderful gameplay trailer, the game will be released in 2022.

Some games that have already been released will arrive on Nintendo’s console. They are: Worms Rumble, Dragon Ball Z Kakarot, Fatal Frame: Maiden Of Black Water, Tony Hawk’s Pro Skater 1 + 2 and Strange Brigade. Already eternal doom will receive part one of the DLC The Ancient Gods within today.