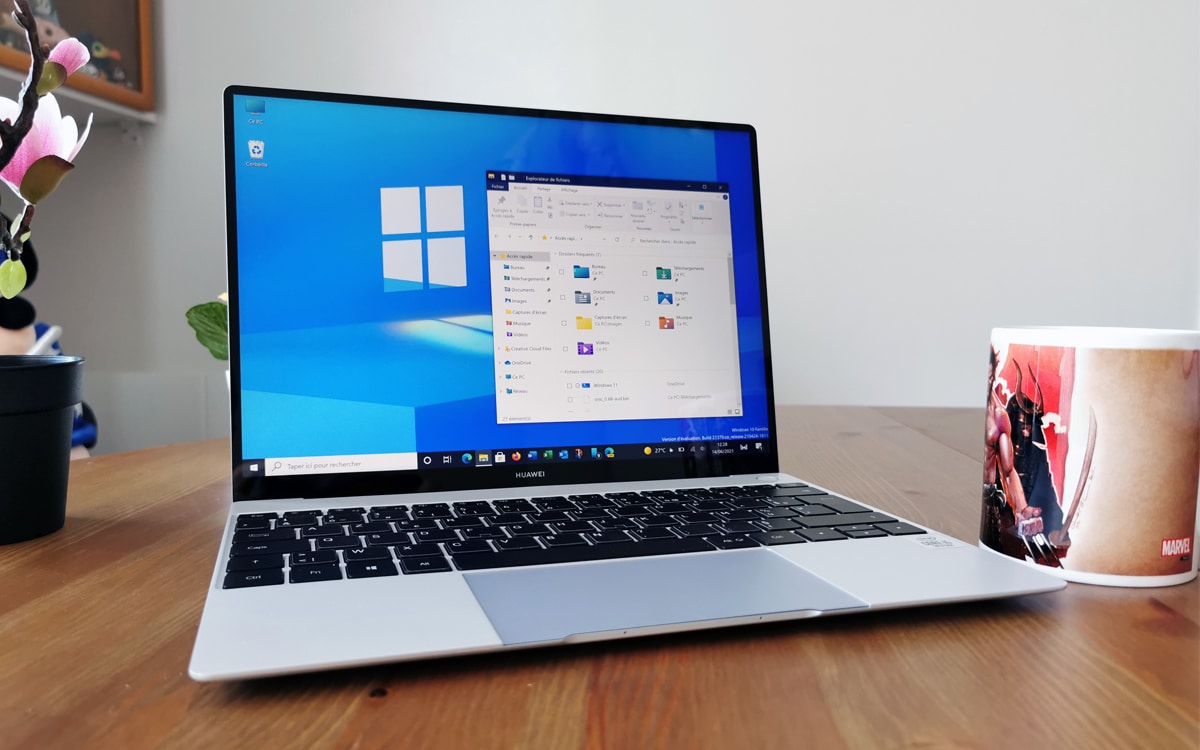 If we are to believe the many rumors circulated on the Web, Windows 11 is about to be announced by Microsoft. The editor of Redmond has indeed scheduled a major event on June 24. A few days before this “epic” conference, we take stock of everything we currently have on the new Microsoft operating system.

While Microsoft had promised in 2015 that Windows 10 would be the last version of its famous operating system, the Redmond giant seems to be reversing its decision. After announcing in May 2021 that the next update of the system would be a real small revolution, it seems more and more likely that behind this update is actually hidden … Windows 11 !

At first, we wanted take stock of the validity of this hypothesis. Did Microsoft troll everyone or will Windows 11 really see the light of day? Secondly, we have list all the news that we can expect in this new edition of the OS. Finally, we have tried to answer the various questions that such a change implies: when will Windows 11 be released? Windows 10 going to disappear? And above all, will the new OS be free like its predecessor for those who already have a license of the old version?

Is Microsoft really going to release a new version of Windows?

Several elements in Microsoft’s communication indeed suggest that Microsoft is about to launch a new edition of its OS. Throughout its announcements and videos, Microsoft has left the following clues:

Microsoft has not officially communicated on the release of Windows 11, we remain for the moment at the stage of the assumptions concerning the contents of the new OS. According to Satya Nadella, current Microsoft CEO, the next Windows is shaping up to be a major event : “Soon we’ll be sharing one of the most important Windows updates of the past decade, to provide greater economic opportunities for developers and creators. I have used it for the last few months and am incredibly happy with the next generation of Windows, ”he said in May 2021. 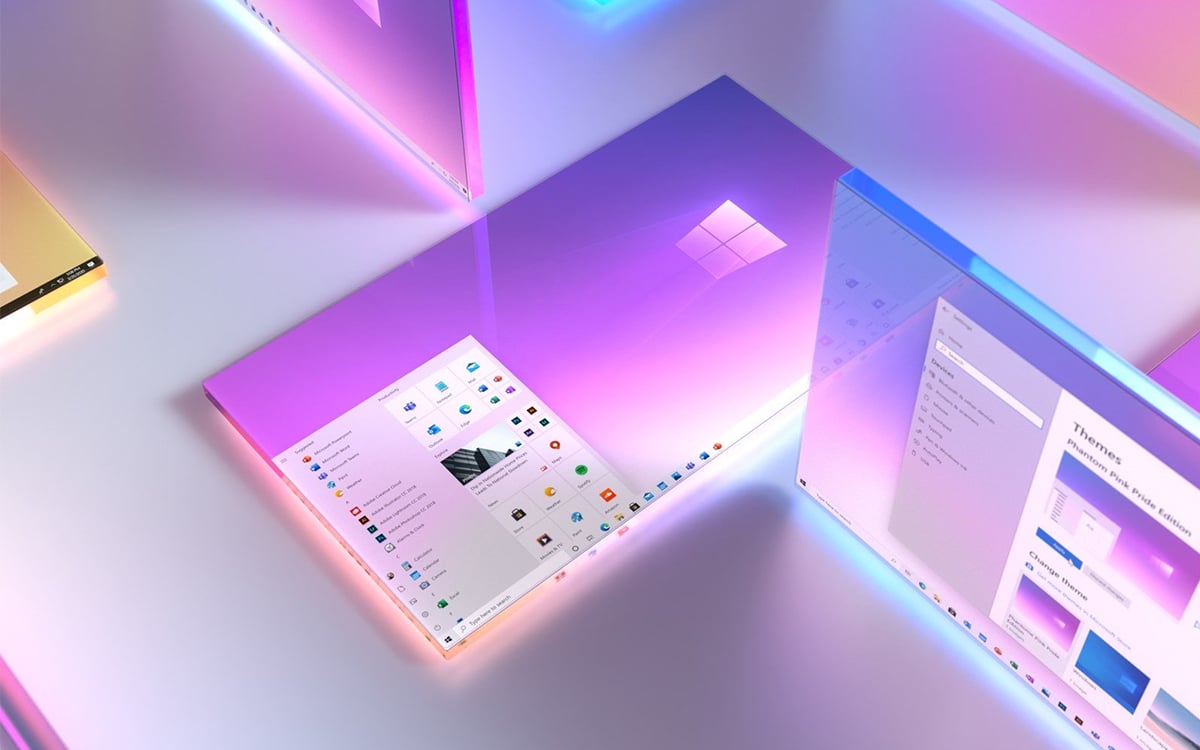 A graphic overhaul on the agenda

We also know that Microsoft has been working for almost a year on a graphic redesign of Windows, in order to offer in particular a new Start menu, new windows, a new taskbar and new applications. In addition, Microsoft launched in April 2021 a call for applications: the Redmond company is looking for someone to “modernize the Windows user experience. “

A serious facelift of Windows would therefore be on the agenda, traces of which can already be seen in some leaks or in the very latest Builds of Windows 10 (the famous preview accessible from the Windows Insider program). One of the first things to notice is that depending on the application, windows and menus have less angular and much more rounded edges. 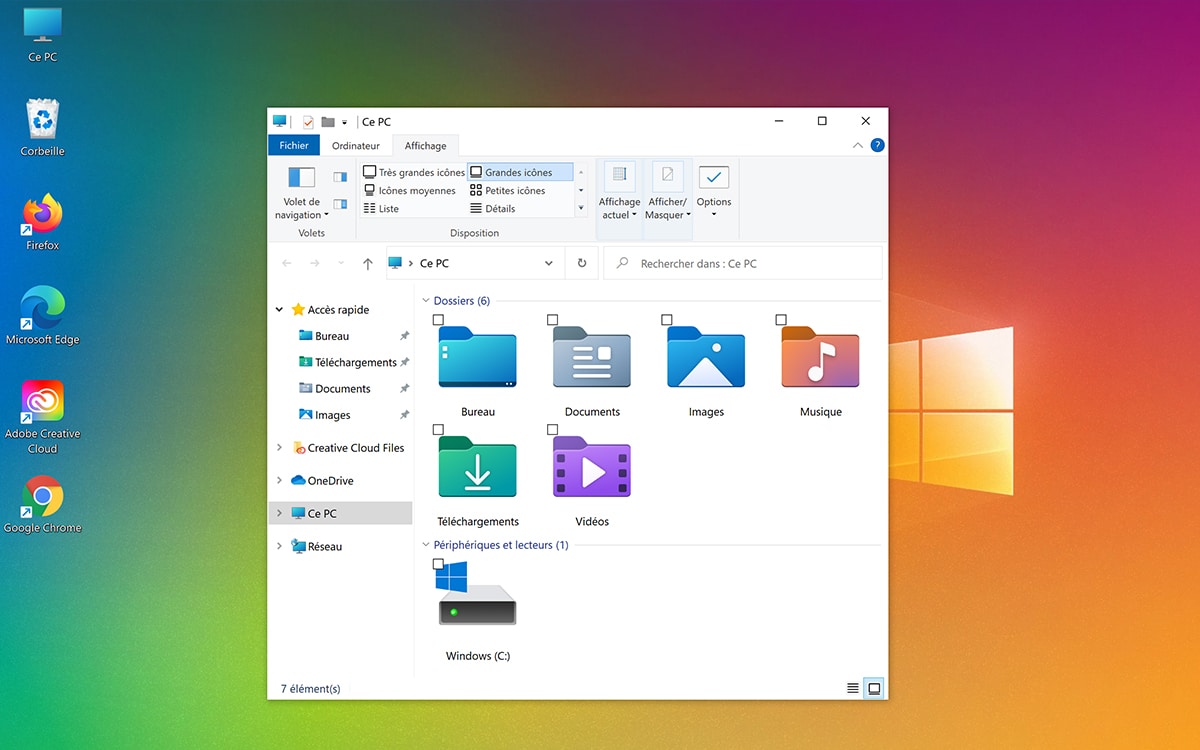 The icons Windows should get a bit of a facelift. This change is already visible in the latest builds of the Windows Insider program. File Explorer thus benefits from new icons, as shown in the screenshot above.

The start menu should also enjoy a new lease of life. He too should benefit from rounded edges, but also a window “detached from its icon”. This would also be the case for all the icons on the taskbar, including the menus would float as the concept below reveals.

The action and notification center should also be reviewed and corrected, just like … the application Settings ! According to the latest rumors, the Settings module should indeed benefit from a redesign, which already allows you to manage Windows from all angles. As shown in the screenshot below, the application would have a new interface and a completely different layout compared to what we can currently see with Windows 10. Some options such as virtual desktops or multitasking would be more emphasized. 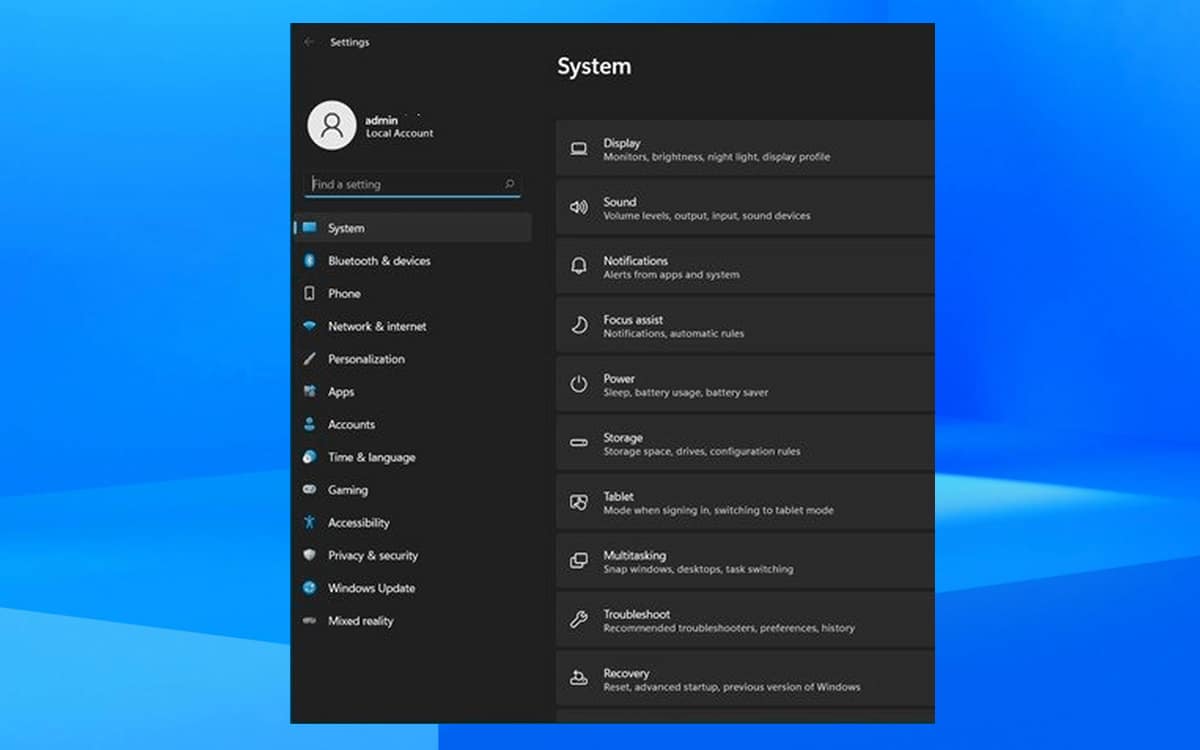 It is obvious that this application is intended to replace 100% the Control Panel, which gradually disappears with the updates of Windows 10. Will the new version of the operating system be the opportunity for Microsoft to let go of the Control Panel for good, or at least to hide it in the twists and turns of Windows?

We have been talking about it for a while, but it seems that the information is being confirmed month by month. The next version of Windows should include an emulator allowing you to launch android applications. If we are to believe the most recent GitHub mentions of the Windows Subsystem for Linux GUI project, support for Android applications by Windows 11 would be native: no need to install an application like one of those listed in our dedicated article to the 10 best Android emulators on PC and Mac.

Windows 11 should be able to take care of everything. It remains to be seen how applications initially planned for touch support will be able to be supported by Microsoft’s OS.

When is Windows 11 released?

If Microsoft’s words are to be believed, a new version of Windows will be released this year. Although the name of the new OS has not been confirmed, it is very likely that it is Windows 11, and not just a Windows 10 update.

For the most impatient, Microsoft obviously wants to release a preview after the June 24, 2021 conference.

Again, it’s still a little early to judge the future of Windows 10 until no official announcement is made. On the other hand, if we stick to Microsoft’s usual policy of new versions of Windows, Windows 10 is not going to go away anytime soon. Barring a final turnaround, the OS still has many long and bright years ahead of it. Windows XP for example was maintained for almost 13 years, while Windows 7 lasted 11 years. Even the much-maligned Vista will have lived for almost 11 years too.

Windows 10 arriving in its 6e year, there is no doubt that its life cycle is not going to end anytime soon and has a few more years to live, if only through security updates. This is what the operating system’s software support page suggests. Microsoft is talking about a deadline set at October 14, 2025 for Windows 10 Home, Windows 10 Pro, Windows 10 Pro Education, and Windows 10 Pro for Workstations.

How much will Windows 11 cost?

When Windows 10 was released in 2015, Microsoft “offered” all Windows 7 and Windows 8 users a license for its new operating system. This deal was only supposed to last for a year, but six later it is still active. We can reasonably hope that the editor of Redmond will repeat the operation with Windows 11: any holder of a license of Windows 8 or Windows 10 (Windows 7 is no longer supported) should be entitled to a free migration to Windows 11.

As for newcomers, they will probably have to put their hands in their pockets, knowing that at the present time, a full Windows 10 license costs between 145 and 259 euros depending on the version. It is likely that a Windows 11 license will show up at similar prices.

Finally, the last avenue to consider: acquiring a Windows as a subscription. A formula that would take on its full meaning with a Windows in the Cloud, the release of which also seems imminent. Recall that Microsoft already offers Office 365 in this format since 2011. If Windows 11 were to be declined in a remote version on the Cloud, it could well be that Microsoft launches such an offer.