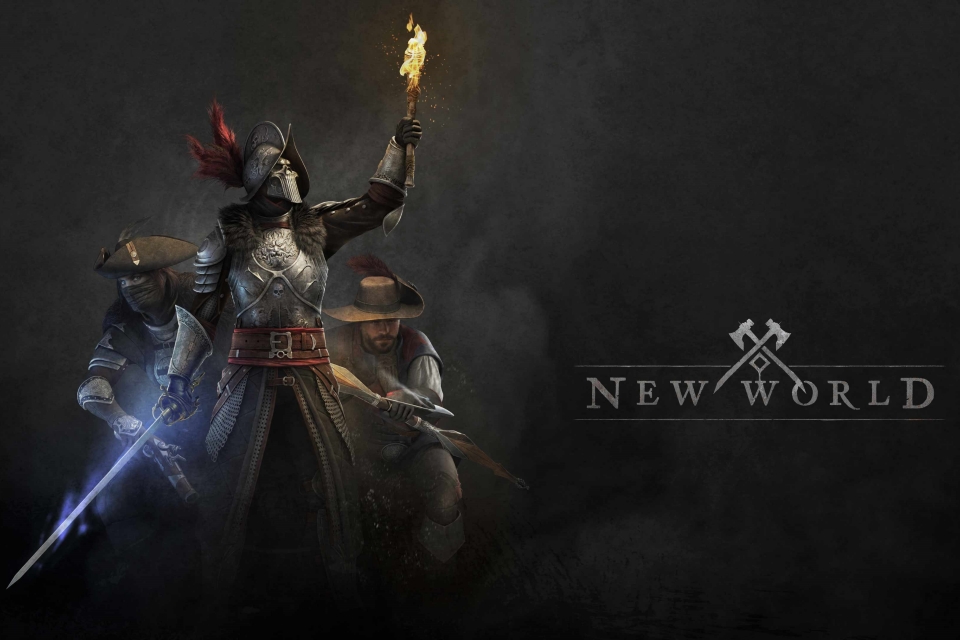 Last week, Amazon Game Studios shared more details about New World in a digital event for the press and we were able to not only know more about this new MMO, but we also tested a little of what it has to offer. Some fans may remember that the game had already had a test last year, when several players reported their experiences and possible positive and negative points about the title.

Right from the start of the event with the press, the developers of New World stated that they paid attention to the feedback on the last test and took it into account when improving and making changes to the game. With that, new weapons, areas, recipes for what can be built, places to fish, unprecedented conquests, incentives to dominate territories, an unprecedented way for endgame and expeditions were added.

The changes are significant and promise to bring a more interesting world that makes players have reasons to keep coming back, something extremely relevant for an MMO that still needs to win over its audience. During the preview we experienced at the event, our focus was exactly a dungeon for up to five people that we mentioned above, also known as “expedition”.

The expedition in which we venture into this preview is also the first that New World will present to your players at launch. Entitled “Amrine’s Excavation”, this mission takes place in a place close to Amrine’s time, where archaeologist Simon Gray and his team disappeared some time ago. Our mission was to try to find out what happened to them and the technology they unearthed in this excavation.

There is no better way to experience an MMO than visiting your dungeonsSource: New World / Disclosure

Despite being an introductory expedition, players will need to be at least level 25 to participate in it. According to the developers of Amazon Game Studios, other expeditions will have increasingly higher level requirements, which is always expected in games of this type. It is also necessary to have between three and five players to participate and complete the mission successfully.

As with other smaller raids from other big MMOs, this mode puts you in a position to deal with various enemies related to the lore of that location, as well as several puzzles scattered in each new room. Fortunately, when joining a group to do these dungeons, you can communicate with other players by text or by voice directly through the game, so you don’t have to rely on third-party apps for that.

As Amazon previously mentioned, New World it does not have classes in a conventional way. Instead, we simply choose our weapons and they act like classes, with ideal weapons for players who prefer to do a lot of damage, for those who want to heal or for those who want to serve as a punching bag to distract enemies. 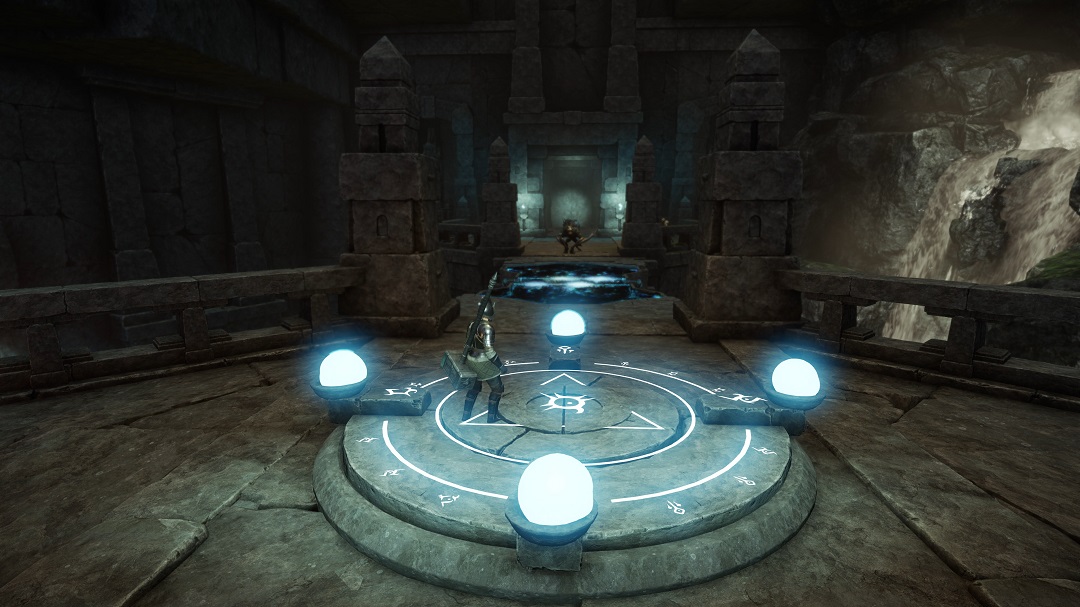 There will be many puzzles to be solved as a groupSource: New World / Disclosure

Fortunately, there were a few different weapons for each class, so I was able to experiment with some different styles of combat with swords, bows and staves in my case, which was trying to do the most damage to enemies. Of course, it was not enough to keep squeezing my skills and blows without stopping, since teamwork was essential.

Some puzzles needed everyone’s collaboration, while other more challenging fights also required all team members to fulfill their roles without much chance for failure. Even with a guide telling us more about the dungeon and the enemies at all times, it was a very exciting experience and with several deaths on the way.

After Amrine’s expedition was completed, we had a chance to explore the world of Aeternum freely for some extra time. Of course, it would be impossible to see everything or experience most of what the game has to offer in just a few hours, but it was possible to get a sense of what it has to offer.

Without the restrictions of having to think fast and use only a few weapons, we were able to test the entire arsenal that the work had to offer us. As we mentioned before, it is the weapons that represent the classes in New World, but you can also choose from a variety of active and passive skills for your equipment. This means that you can build your fighting style in a very personalized way, focusing on what you like the most. 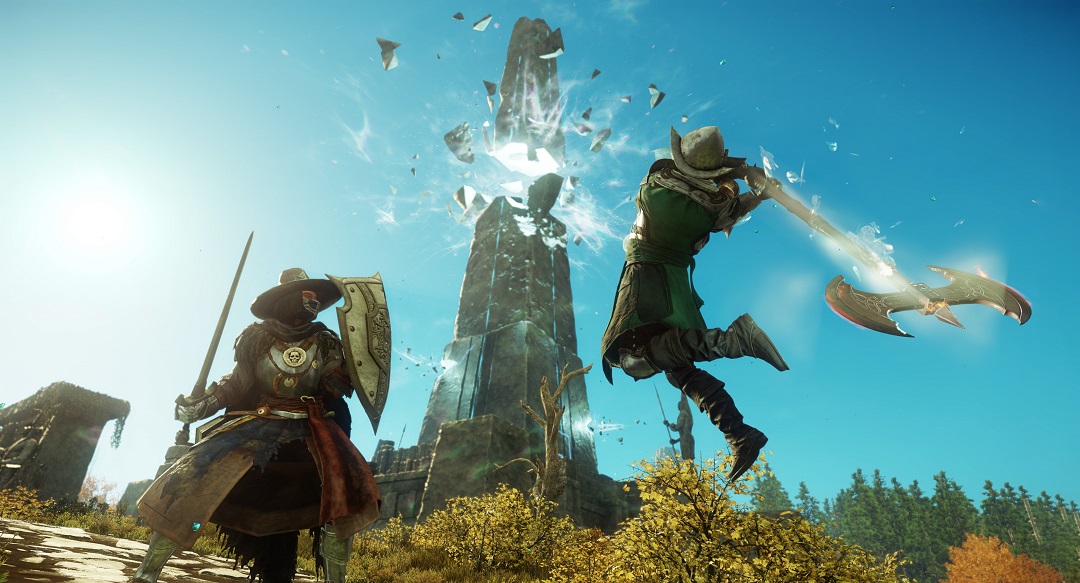 This system also allows for a simpler exchange between classes, if necessary or if you want to try something different during your adventures. The only factor that prevents this change in weapon types from being faster and more efficient is that you will have to distribute points among your character’s main attributes. This is what defines whether there will be a character that does more damage with long or short-range weapons, if he has more hit points, if he does more damage with magic weapons, etc.

Fortunately, these attributes can be reallocated with the money earned in the game on your missions, only it will cost you dearly. Even with this small obstacle in the possible exchange of classes, this system is much better than simply having to create a character from scratch as in other MMOs.

Still in our exploration, we noticed that the title already has a very large map and full of interesting places to be visited. There are small villages, for example, where you can buy your own home and help finance your growth. In this way, the village can become a city or even an important capital with your help and that of other players. 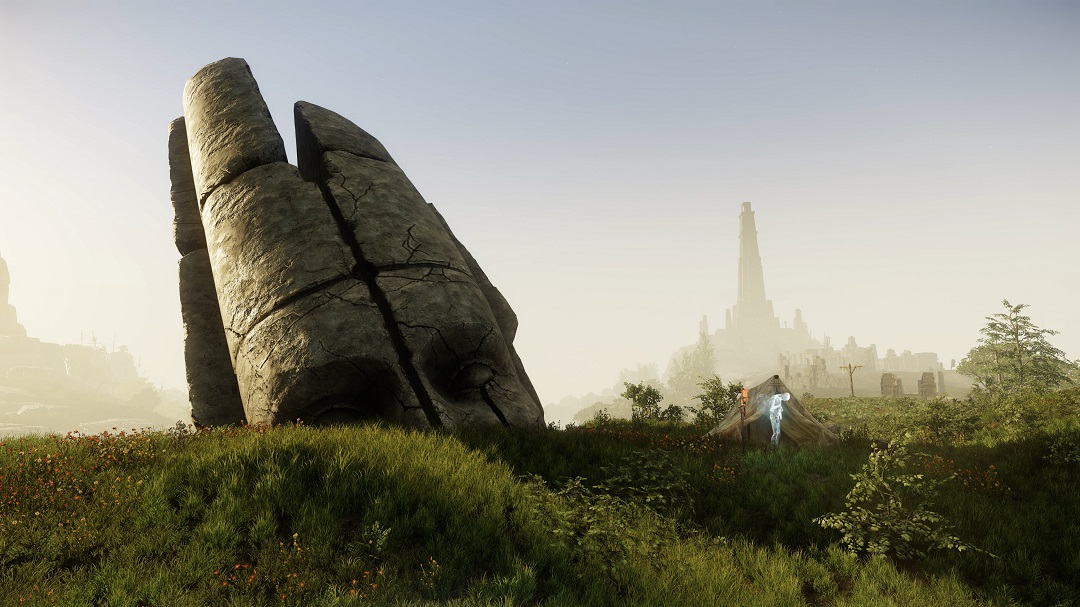 There will be specific areas for PVP, so you don’t have to worry about being attacked anywhereSource: New World / Disclosure

In this, there is also the fight between territories, wars and battles between the factions you can join. After all, what would an MMO be without PVP modes, where players fight with other players, right ?! The good thing is that the PVP will be concentrated on certain key points on the map, so anyone who just wants to take more advantage of the PVE mode, against artificial intelligence, does not have to worry about being attacked out of nowhere.

It is also worth mentioning that even though it is in its alpha phase, New World already presents a very beautiful and detailed world, which happily ran without framerate or lag problems most of the time. Only within the dungeon was it possible to notice a drop in performance when some of the game’s magic weapons were used at the same time. Nothing that shouldn’t be fixed until the final version of the title.

Anyone who has tried a good MMO knows that when we start a new campaign, it is very difficult to stop playing for a while. It seems, New World it really has the potential to deliver a very addictive experience for its future players. The hope for this is even greater when we take into account that Amazon Game Studios heard feedback from fans to improve the game in recent months. 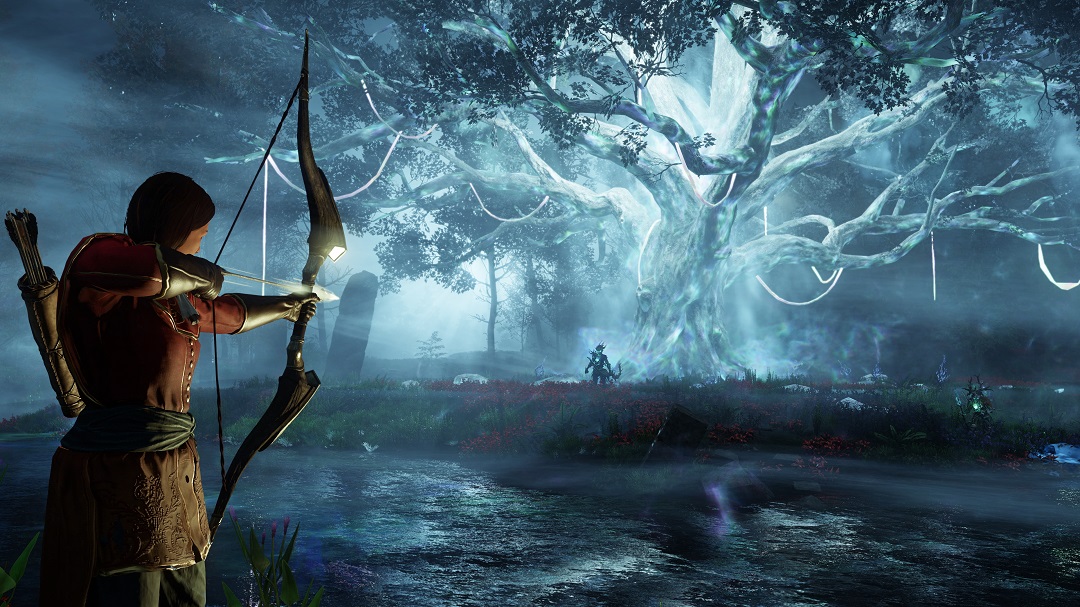 Soon, the new world of Amazon is full of adventurersSource: New World / Disclosure

Considering that the developers have already made it clear that this is a title that they will continue to work on, updating and improving for years, this is a factor that can guarantee the success of New World to long term. Fortunately, we won’t have to wait long to check out this new world again.

The closed Beta tests, for example, will start on July 20th and you can sign up on the game’s official website to try to secure your spot and check it out before its launch. Speaking of which, it is worth mentioning that the MMO officially arrives on the PC on August 31 of this year.

Finally, we can say that the strangest part of having exploring New World so early was the fact that we saw a huge world of a totally empty MMO, which is obviously not very common. If the game continues on the path it promises, we are sure that this new world will be more than full very soon!