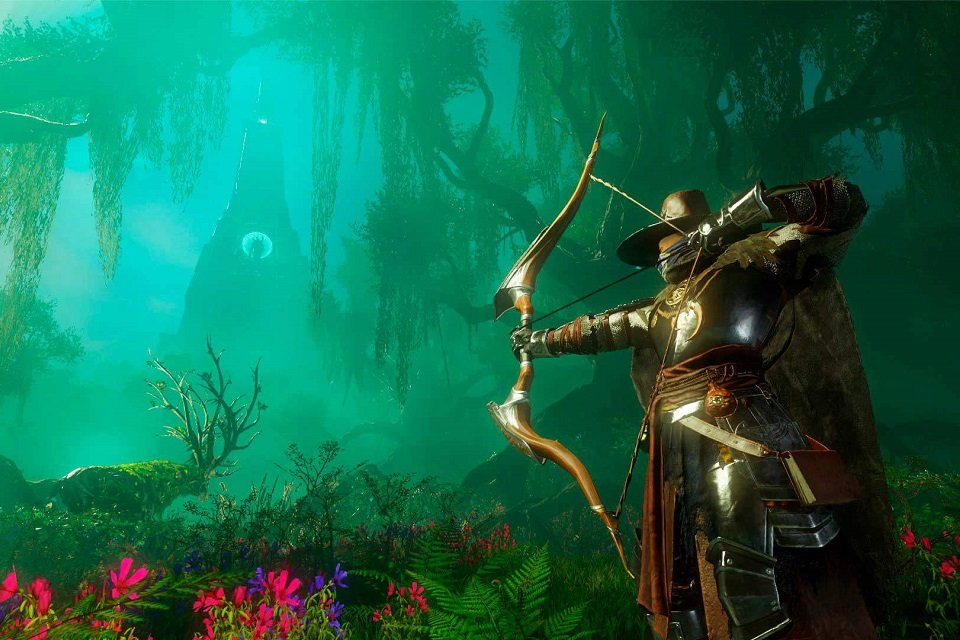 New World, the MMORPG from Amazon, was released on September 28 on PCs and brings some very interesting concepts for fans of the genre, but one of the points that most caught the attention of Brazilian players was the fact that the game is fully localized in Portuguese. The best thing is that this is not restricted to text, since all the lines are also dubbed in our language, something that is still very rare for games of this type.

To learn more about this special process, we did an interview on the subject with Andrew Vestal, the leader of the localization team for New World, which you can check below!

How were the challenges of locating the vast amount of text always present in an MMORPG?

Andrew Vestal: From my point of view, the hardest part of locating an MMORPG is making sure the translation is consistent. There may be an item named after a place on the map or a spell that needs to be linked to a line of narration spoken by a boss. It is not enough to translate everything; you need to do it in a way that’s cohesive, coherent, and world-building.

Did you make use of any regionalism or local slang depending on locations and species?

Andrew Vestal: We encourage our translators to be creative so that the game looks like it was originally created by native speakers and for native speakers. Regional or slang expressions are welcome and desired!

Was there a Brazilian in the consultancy?

Andrew Vestal: Absolutely. All of our Brazilian Portuguese translators and actors are located in Brazil, so they can be close to the modern language and culture of online games.

As an MMORPG set in the 16th century, are there any challenges in translating into a colloquial language?

Andrew Vestal: While New World set during an alternate version of the Age of Exploration, we made a style decision early on not to try to write “old” dialogue all the time. While it’s fun in small doses, an entire game filled with archaic language would soon cause players headaches! Rather than “look old,” our goal was “not to look too modern.”

I noticed that there is an NPC with a French accent in the English version, but no Portuguese accent. Is there any reason?

Andrew Vestal: Many of these decisions rest with the specific actor cast for a role. We do not enforce 1 to 1 parity with the English version and instead encourage the audio director to find the best talent to get the best performance possible. This guarantees the highest quality for each region.

Did you leave any terms the same as the originals or were all items and areas translated and adapted here?

Andrew Vestal: With the exception of some game terminology, we wanted the characters, the dialogue and the world to feel totally adapted to Brazilian Portuguese.

We’ve recently had some controversial locations, such as Hades, which made use of community work and online translation tools. work on New World was it all done by professionals?

Andrew Vestal: To the New World, Amazon Games’ main localization provider was Lionbridge Game Services. The translation of New World for Brazilian Portuguese it took well over a year to complete.

What led to the decision not only to localize the text, but also to bring the game fully dubbed in Portuguese?

Andrew Vestal: We believe this was the highest quality experience we could offer and we wanted the Brazilian version of the game to look like it was created by Brazilians, for Brazilians. This meant that every aspect of the game needed to be handled with care.

Brazilian fans will be pleasantly surprised to find all game content localized in our languageSource: New World/Reproduction

Do you think that if there were no dubbing or subtitles, there would be difficulty in accepting the product here?

Andrew Vestal: Again, it’s about quality. We want to reach the largest audience possible with each of our games and give that audience the best possible experience. To New World, we had the opportunity to translate it into Brazilian Portuguese and we are happy to see the public responding so positively.

How important is Brazil to the Amazon Games plans?

Andrew Vestal: Some of the most passionate players on the planet are in Brazil! We are very happy to see the Brazilian public responding so positively to New World and we look forward to continuing to earn your trust in the coming months and years. This is just the beginning!