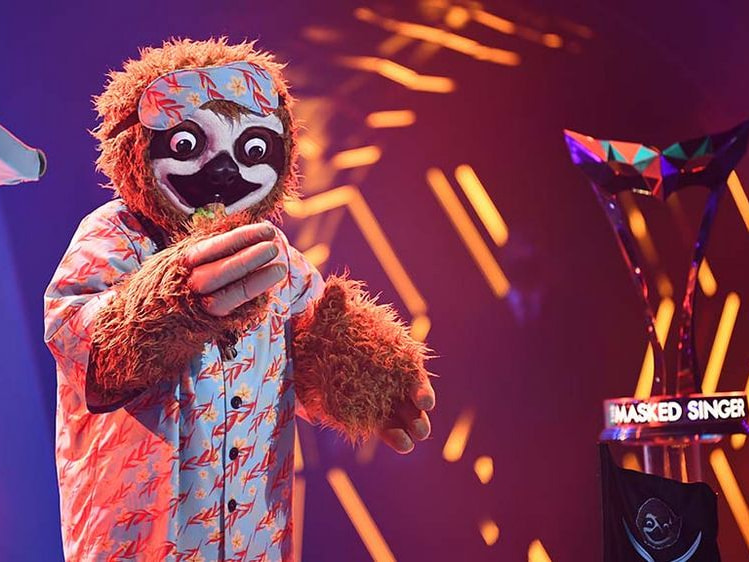 Even though streaming is becoming increasingly popular, many households in Germany are still saving themselves a paid Netflix or Amazon Prime Video subscription. After all, many of the US series and films shown there are still free on TV.

But that could soon be over, because the private broadcasters increasingly want to ban US licensed goods from the program and replace them with self-produced content. On the other hand, if you mainly want to watch US series and films, you will have to switch to paid streaming providers in the long run. This probably also means the company’s own SVoD services Joyn and TVNOW.

Formats like “The Masked Singer” will play a bigger role at ProSieben in the future
Photo: ProSiebenSat.1 Media SE

ProSieben broadcaster Daniel Rosemann made it clear that they wanted to invest more, especially in prime time. ProSieben is already filling 60 percent more prime time with in-house productions than two years ago. And even this share is likely to be expanded further in the coming months. In autumn there will be a variety of shows, including “The Duel Around the World”, “The Masked Singer”, “Late Night Berlin”, “The Voice of Germany” and “FameMaker”.

According to Rosemann, Hollywood remains an integral part of the ProSieben program, but gives the broadcasting group less and less identification. Therefore, you rely more on your own stars. The spectrum ranges from Heidi Klum to Matthias Opdenhövel and Lena Gercke to Joko Winterscheidt and Klaas Heufer-Umlauf. According to ProSiebenSat.1 board member Wolfgang Link, there will also be more content of its own on the streaming platforms “Joyn” and “FYEO”.

It is already striking that more and more exclusive content is only available on streaming platforms for a fee. At ProSiebenSat.1, in addition to in-house productions, there is a lot of US licensed goods at Joyn PLUS + (test), which can be booked for 6.99 euros per month.

At the Cologne RTL group, TVNOW (test) is obviously taking a similar path, with the focus here even more on in-house productions. The offer is a little cheaper and can already be used for
4.99 euros per month. The strategy quickly becomes clear here: With US content, you can no longer compete with Netflix, Disney and Amazon, so you produce more of your own content on Free TV, while fans of US content look for the (own) paid content in streaming should dodge. At first glance, this strategy seems understandable.

Loss of viewers could accelerate

The question naturally arises as to whether fans of US productions remain true to the ProSiebenSat.1 and RTL offerings even when streaming. It is more likely that viewers will then migrate to Netflix, Disney or Amazon. The US mail-order giant, in particular, has an easy time of it, because its SVoD offer “Prime Video” is included in every Prime membership anyway. So if you order regularly from Amazon, you have already subscribed to the streaming service anyway.

Of course, this should not mean that the big private channels are wrong if they increasingly rely on in-house productions. Ultimately, as always, it’s about quality of the content. If you like watching US blockbusters, you probably won’t get stuck on the screen at shows with Steven Gätjen or Lena. It would make much more sense to invest in top-class European series and films. ProSiebenSat.1 might even have the ideal partner for such a pan-European content production with its new Italian major shareholder Mediaset.