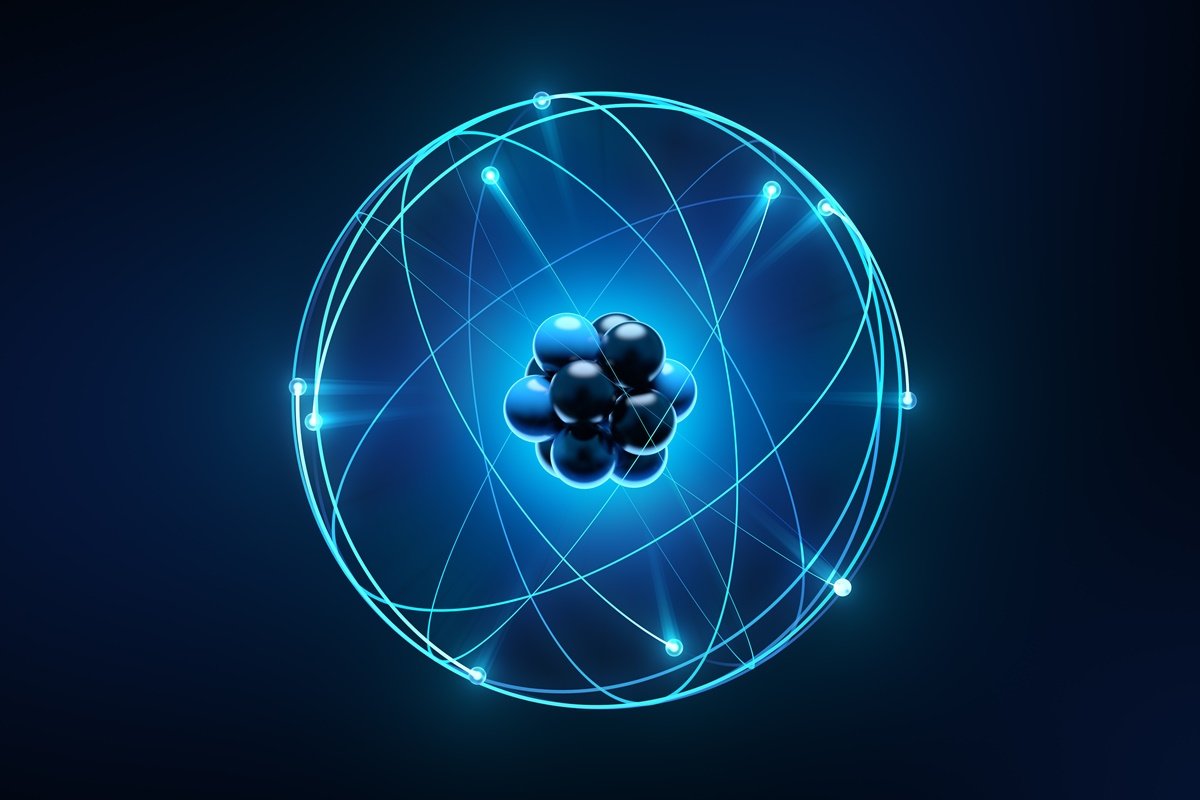 One of the fundamental points, whether in the field of physics, chemistry or philosophy, is the formation of matter. We know that matter is formed by structures called atoms which, in turn, have a nucleus (where there are protons and neutrons), which is orbited in specific regions and distances by smaller particles called electrons.

Atom nuclei are particularly interesting. In these regions, which are very small even compared to the size of the atom itself, the protons, positively charged particles that naturally repel each other, are compressed and very close to each other. The number of protons present in an atomic nucleus determines the element in question, that is, each chemical element we know has a specific number of protons. For example, the oxygen we breathe has 8 protons in its nucleus, while the hydrogen, which makes up the water we drink, has a single proton.

Neutrons (uncharged particles), which are also present in atomic nuclei, can be found in different quantities. Atoms of the same element that have different numbers of neutrons are called isotopes. In the case of oxygen, for example, we have 3 stable isotopes, with 8, 9 or 10 neutrons, and 18 non-stable isotopes, where the nucleus has neutrons missing or excess. This lack or excess of neutrons causes an isotope to emit radiation and decay to a stable isotope or even to another chemical element. 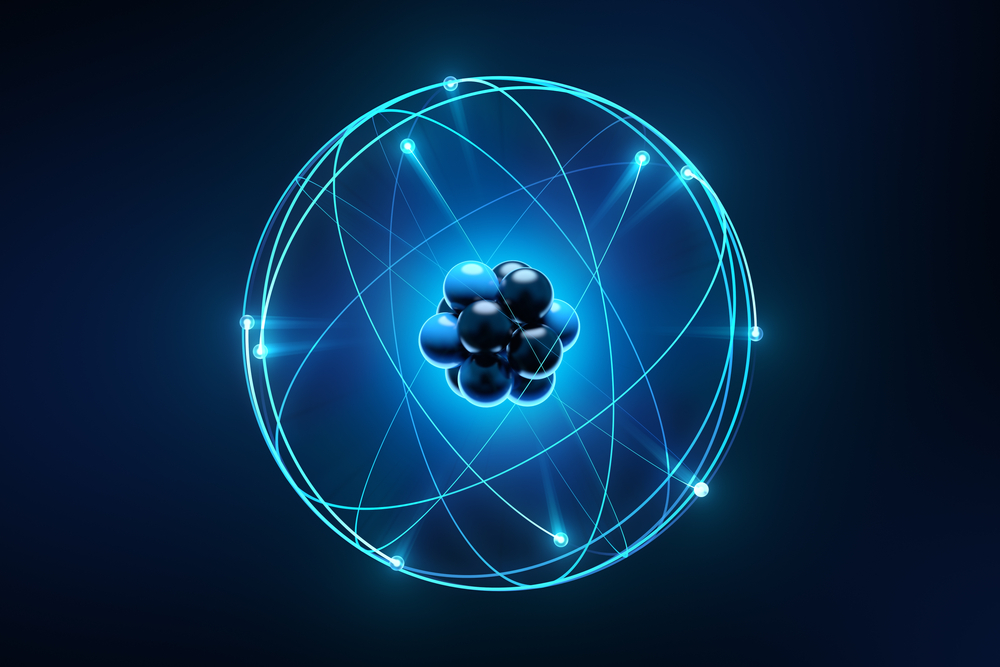 Illustration shows a representation of the structure of an atom.Fonte:  Shutterstock

Physicists and chemists predict the theoretical existence of about 8,000 isotopes, considering all known chemical elements. However, only 3,300 of these isotopes were observed in the detectors. The difficulty in observing non-stable isotopes lies in the fact that the amount of energy needed to “put” or “take” neutrons from a nucleus and produce a new isotope is very specific.

In this sense, something that has excited scientists is the inauguration of a new particle accelerator that is being built at the University of Michigan, in the United States and should start its work in early 2022. FRIB (Facility For Rare Isotope Beams), as it is called, or Installation for Rare Isotope Beams in literal translation, promises, among other things, to make possible the production of up to 80% of the total predicted isotopes.

The advantage of this new instrument is the intensity of its particle beam. In other words, in FRIB, the accelerated beams do not necessarily have more energy than other accelerators that already exist, but rather beams that carry a much larger amount of particles. For example, depending on the element being studied, researchers could accelerate around 50 trillion particles per second, which greatly increases the possibility of producing rare isotopes when these particles collide with a graphite (carbon) wall. 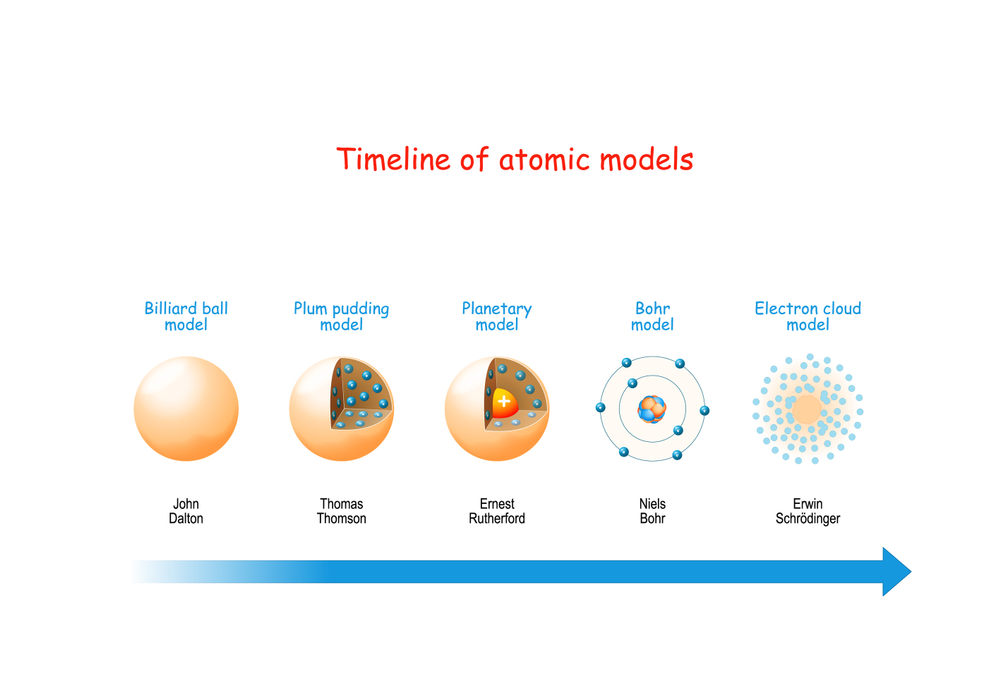 Illustration shows the evolution of atomic models over timeFonte:  Shutterstock

Studies of this kind can be of immense importance in understanding a more fundamental issue than matter formation. Such a question would be: if matter is made up of atoms (which form from even smaller particles), how do these particles organize themselves to form atoms in the first place?

The question of how atoms are formed is still of great interest to the scientific community. It is known, so far, that atoms of vital elements for life such as oxygen, carbon and iron, for example, are formed from the fusion of elementary particles inside stars like the Sun due to the immense temperatures, pressures and to the great force of gravitational attraction. However, elements that have a very large number of protons can only be formed in even more extreme environments, such as the “death” of a giant star, which consists of a huge explosion called a supernova.

In addition to seeking answers to such elementary and essential questions for the evolution of human knowledge about the universe, the production of isotopes in FRIB also has several and immediate applications, such as the production of useful isotopes in obtaining images and for medical treatments. One example is the scale-up production of the rare isotope of the metal Terbium-149, which emits, in its decay, essential radiation to kill cancer cells, in a technique known as radiotherapy.

It is common, in the history of Science, when a new center inaugurates a research technology that did not exist before, such as FRIB, to test the limits of known scientific predictions and, possibly, to find something totally unexpected.

Rodolfo Lima Barros Souza, physics teacher and TecMundo columnist. He has a degree in Physics and a Master’s in Science Teaching and Mathematics from Unicamp in the area of ​​Public Perception of Science. It is present on social networks as @rodolfo.sou.