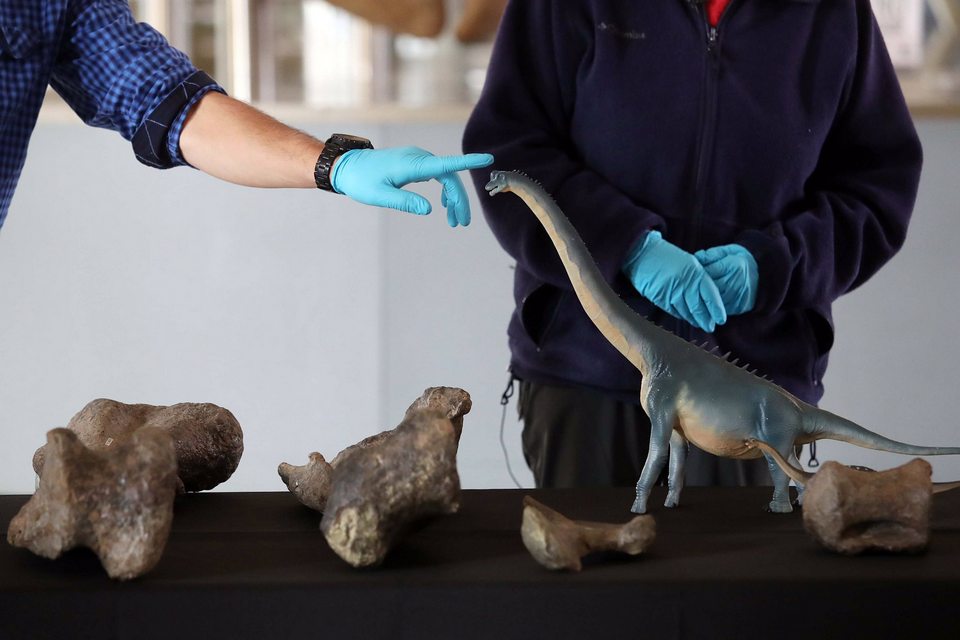 In 1993, geologist Carlos Arévalo excavated a set of fossilized bones at a site in northern Chile, about 600 kilometers from the capital Santiago. The finding (parts of a femur, a humerus, the ischium and vertebrae of the neck and back) turned out to be the remains of a dinosaur unknown by paleontology: the Arackar licanantay, presented this Monday (19) by researchers from the National Museum of Natural History of Chile (MNHN).

Paleontologists David Rubilar (head of the MNHN’s Paleontology area), Alexander Vargas and José Iriarte-Díaz (all authors of the work now published in the journal Cretaceous ResearcH) excavate the region where the A. licanantay was found in the Atacama Desert since 2000 – in 2006, 2007 and 2001, they returned to Atacama to recover bones from another titanosaurus, as yet unidentified.

Upon dying, the A. licanantay (which means “bones attacked” in the extinct Kunza language, spoken in the Atacama Desert) was still young, presumably 6 meters long. Examination of what remains of his skeleton revealed that he walked differently than other titanosaurs.

“A characteristic of many giant dinosaurs is the arrangement of their legs, at an open angle. Our A. licanantay it does not have this angle: its femur is quite straight. There are others with this characteristic, such as the Atacamatitan chilensis, the first titanosaurus discovered in the country – it would be interesting to explore why exactly the two Chilean dinosaurs are like that; there may be a relationship between them or some biogeographic peculiarity “, said Alexander Vargas, director of the Paleontological Network at the University of Chile. 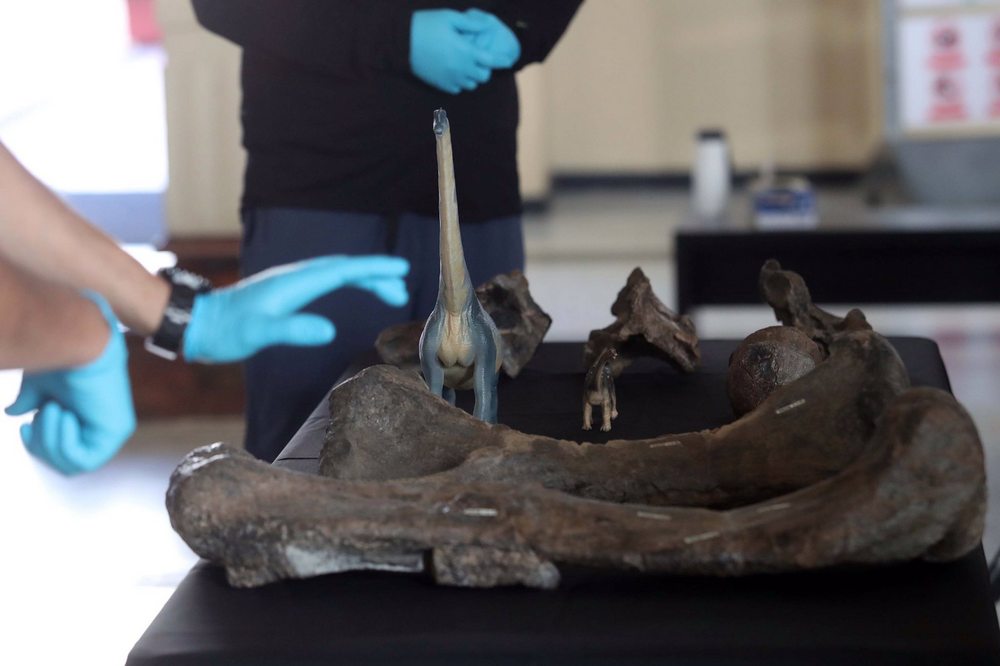 The angle between the body and the legs of A. licanantay was straight, unlike other titanosaurs.Source: MNHN / Disclosure

Not only were his legs different: the progressive reduction of the phalanges of the fingers on the hind legs and his disappearance on the front legs caused the A. licanantay walking on the knuckles.

Other singularities caught the attention of paleontologists, such as the arrangement of their dorsal vertebrae (he had a flatter back than other titanosaurs); this led the researchers to determine that the Atacama specimen was, in fact, of an unknown species.

According to Rubilar, he “corresponds to the third non-avian dinosaur described and recognized by Chile, after Atacamatitan chilensis and Chilesaurus diegosuarezi. The group of titanosaurs is very large and diverse, with repeated findings in Argentina and Brazil; however, it is much less frequent to find them on this side of the mountain range. There are few records of titanosaurs in our territory, which makes the A. licanantay an odd find “.

Titanosaurs were the largest dinosaurs that ever walked the Earth. Herbivores, quadrupeds with a small head, long neck and a large tail, they occupied all the continents of the Cretaceous Period – vertebrae were found even in Antarctica.

South America is a breeding ground for fossil collection. The largest of all titanosaurs walked through Argentine Patagonia 95 million years ago: the Argentinosaurus huinculensis was 35 meters long, 20 meters high and weighed 90 tons (one Tyrannosaurus rex was seven tons). According to paleontologist Bernardo González Riga (also co-author of the research on A. licanantay), “out of the 80 known species in the world, 55 come from South America.”

The environment was favorable for these herbivores. 80 million years ago, Atacama was covered with coniferous forests, large palm trees, ferns and flowering plants. The temperatures, instead of oscillations between 0 ° C at night and 45 ° C during the day, were around a mild 24 ° C.