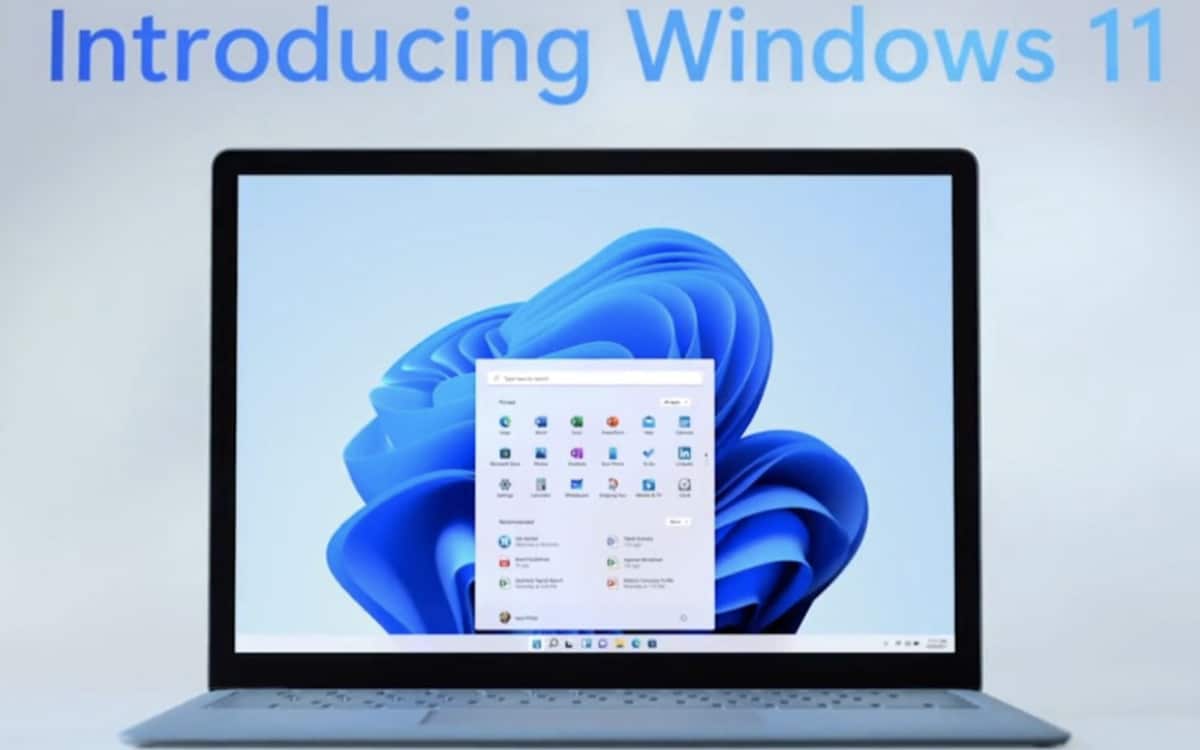 Windows 11 is finally official! During an online conference, Microsoft lifted the veil on all the novelties of its future operating system. We discover a revised Start menu, increased performance, Android apps run natively, widgets boosted with AI and better integration of Teams messaging. We take stock of everything that changes!

As repeatedly teased, Microsoft has announced Windows 11, the operating system that will succeed Windows 10 in the years to come. The computer giant took advantage of an online conference chaired by Panos Panay, Microsoft’s chief product officer.

During the introduction, the manager described the new operating system as “The Windows that brings you closer to the things you love”. The OS was built around a search for simplicity, improved performance and more efficient multitasking. “Windows 11 adapts to you and not the other way around” Microsoft says.

On the same subject: Windows 11 requires an internet connection mandatory for installation

During the short presentation, Microsoft offered an overview of the great features that will set Windows 11 apart from its predecessors. First of all, the OS wants to be less energy consuming than previous versions of Windows. Microsoft announces in particular better performance when browsing the web via Microsoft Edge. Windows updates will also weigh up to 40% less than current updates. They will also be installed in the background in order to limit the impact on the performance of the CPU. 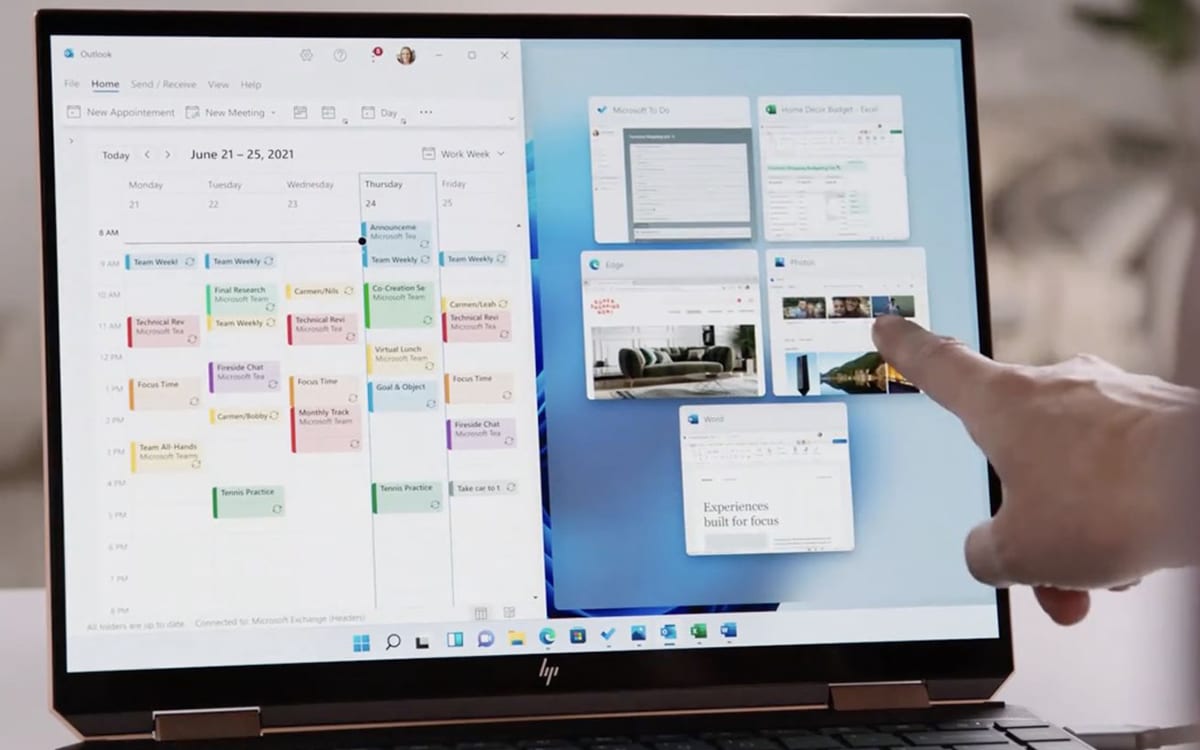 Unsurprisingly, Microsoft introduced a new design for the interface. We discover a new Start menu. Also, a Start button is now centered on the taskbar. On this side, there are several elements already included in the interface of Windows 10X, the aborted operating system. “We’ve put Start at the center of the OS, and we’ve made it easy to find everything you need quickly. Getting Started uses the power of the cloud and Microsoft 365 to show you your recent files no matter what platform or device you are viewing them on ” Panos Panay explains in a blog post. 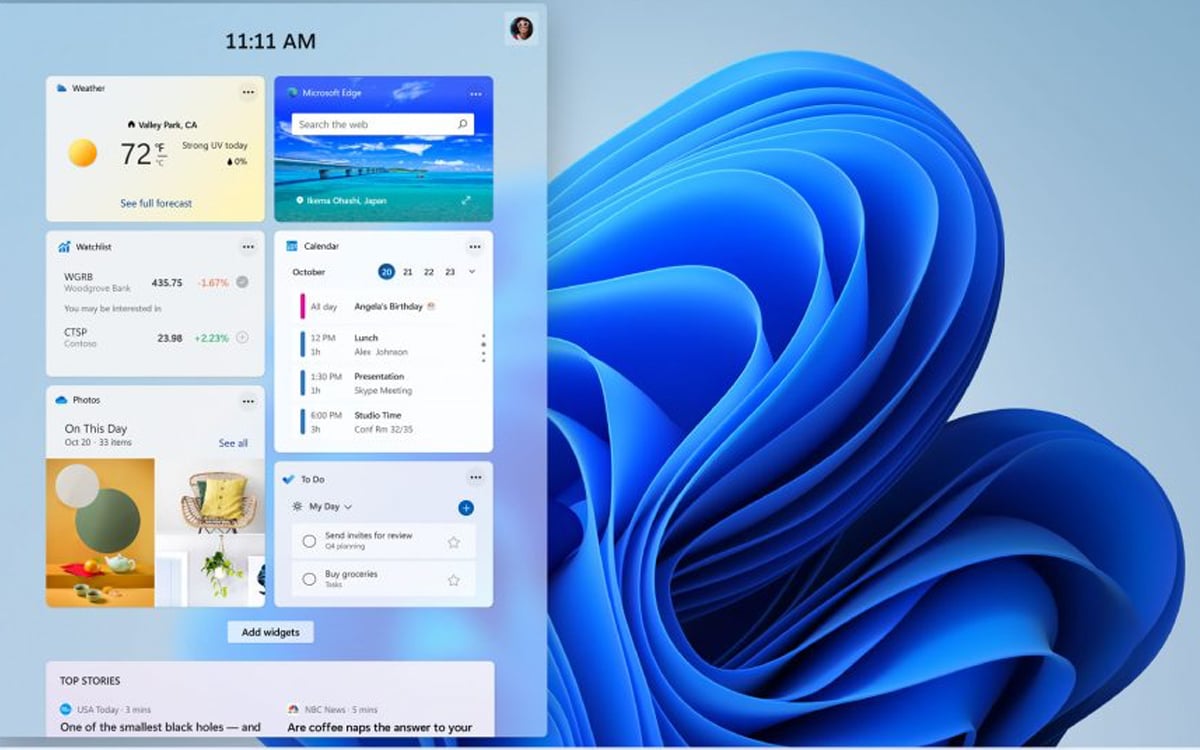 Aesthetics are distinguished by the presence rounded corners and many widgets aimed at communicating rapid information (weather forecast, news, etc.) in a drop-down pane on the left. These widgets have already appeared on Windows 10. Widgets use artificial intelligence to deliver personalized content to users. Windows 11 incorporates a dark mode a light mode. Obviously, Microsoft has greatly improved the rendering of dark mode compared to that of Windows 10. 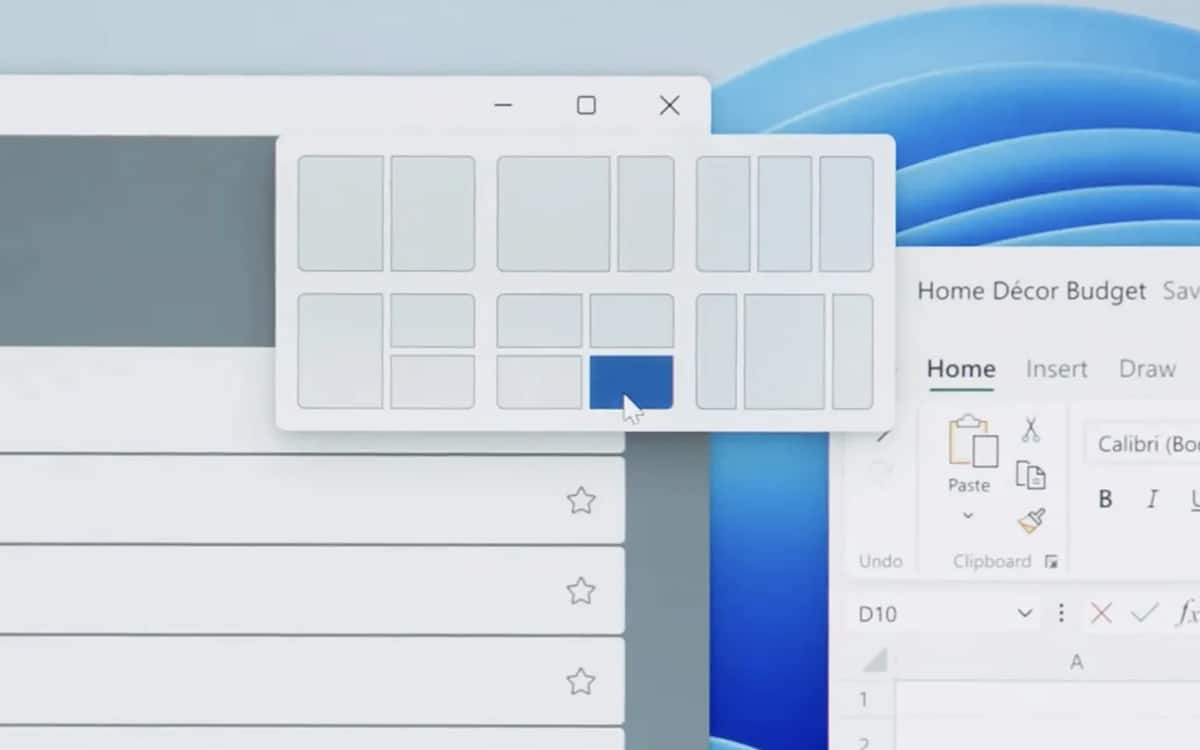 Windows 11 also inaugurates a tool that allows you to organize the layout of applications on the screen. You can drag an app in one corner and another in another corner. Best of all, Windows 11 will remember where your apps have been dragged to. The option is particularly useful for users who work on several monitors simultaneously. In addition, the OS makes it easy to adjust the size of application windows on touch screens. These options are “Designed to help you organize your windows and optimize your space”. 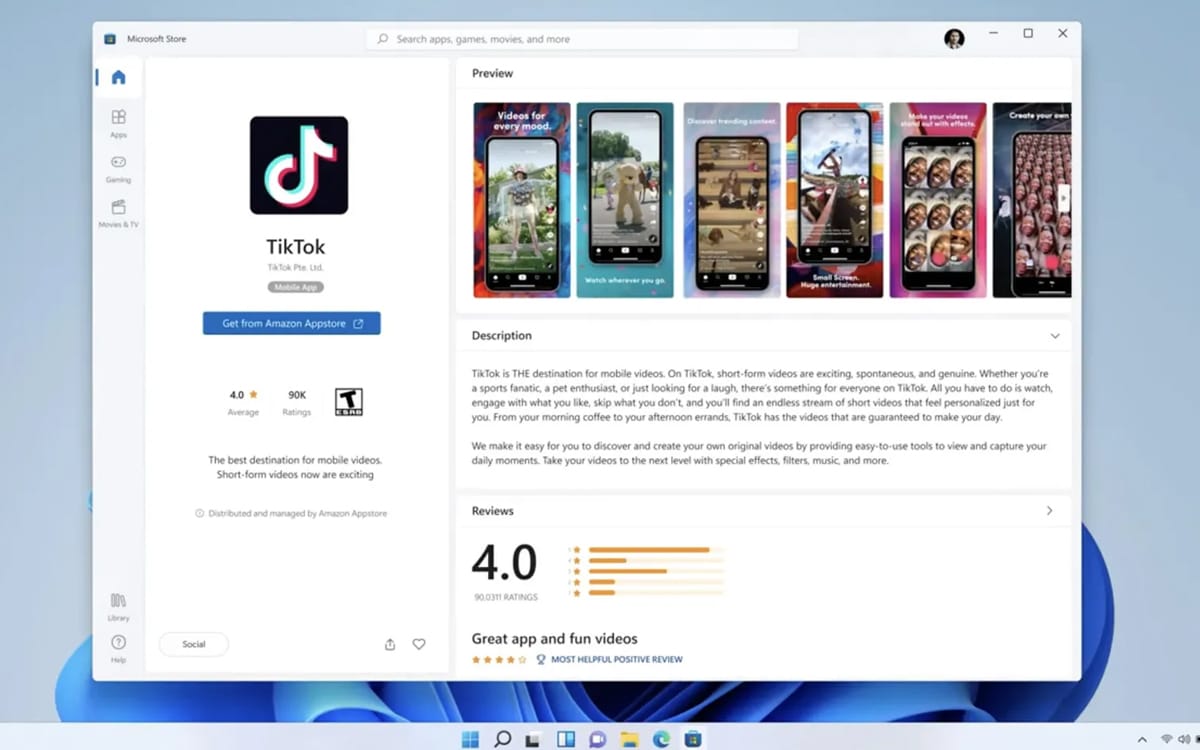 More generally, the interface learns from your habits. Frequent contacts will appear as a pop-up in the start bar. The integration of shortcuts will allow you to launch a video call in just a few clicks. Another big novelty: Android apps can now run natively on Windows 11. Applications originally developed for Android smartphones will be available for download from the new Windows store which will be included in the OS. Android apps will have new features that will be introduced by Microsoft, such as automatic layout. 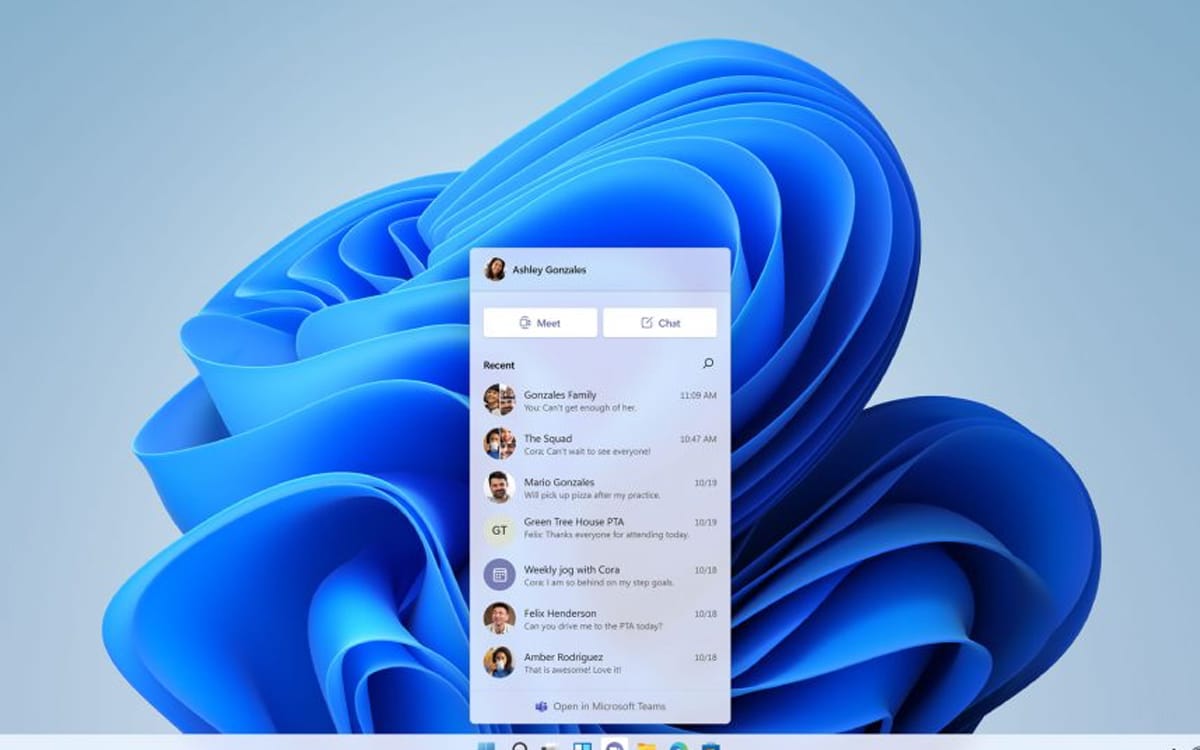 In order to improve productivity, Microsoft will integrate Teams directly into the Windows 11 interface to the detriment of Skype. Additions will allow you to communicate with your contacts more quickly. Teams becomes a system-wide messaging app. The messenger from Microsoft Teams is integrated into the Windows taskbar. “You can now connect instantly to those around you” Microsoft details. Good news for Teams’ 145 million daily active users.

Finally, Microsoft announces “A revamped app store” with a “All new beautiful and easy to use design” to allow users to easily install applications and securely. Xbox Game Pass is also integrated into Windows 11 thanks to a new Xbox application that has been under test for several months.

What do you think of the novelties outlined by Microsoft? Do you regret some changes to Windows 11? We await your opinion in the comments below.