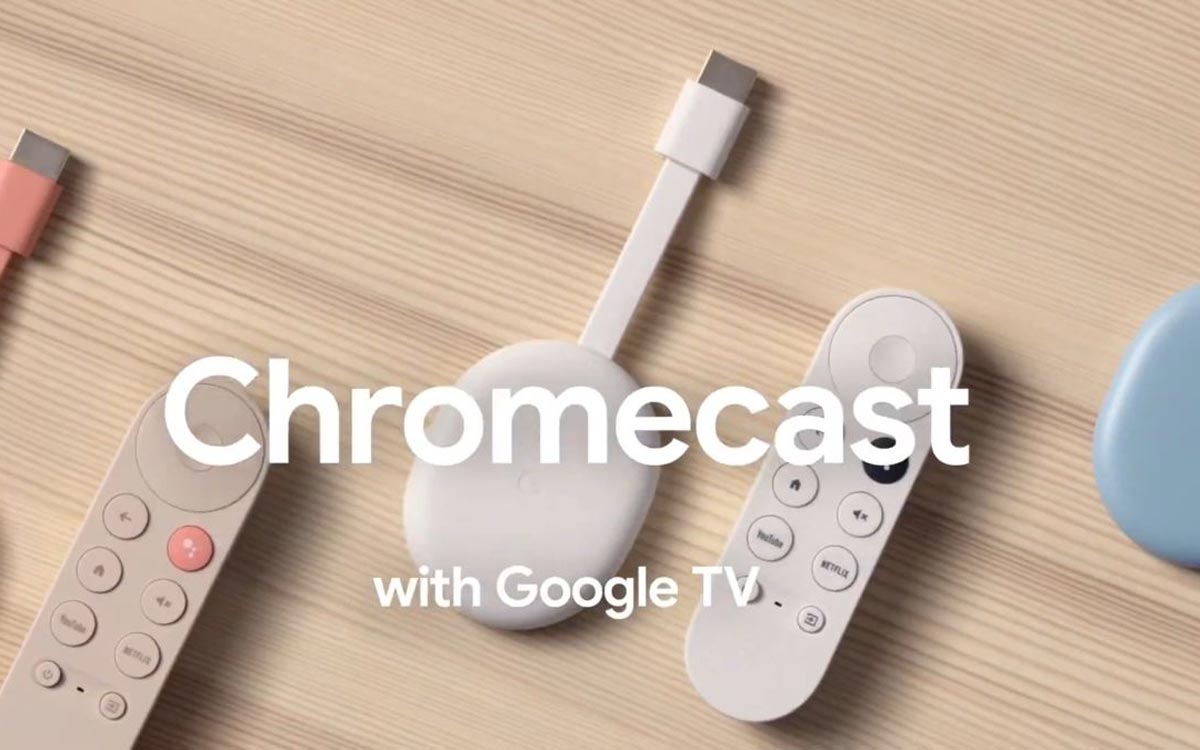 Google officially launches its new Chromecast under Google TV (formerly Android TV). The accessory is therefore getting a makeover, with a redesigned design, the presence of a remote control, support for 4K HDR 60 FPS, all available in three colors from € 69.99.

It’s now official. Google launched its new Chromecast under Google TV (formerly Android TV) this Wednesday, September 30, 2020 during the Launch Night In conference. As a reminder, the streaming accessory had already been the subject of some leaks on the web in recent weeks. . The American brand Home Depot had for example distributed the complete technical sheet of the device.

This new version acts more as an Android box than a simple HDMI dongle to cast its content on its TV. Indeed, thanks to the integration of Google TV and of the remote control, the other major novelty of this 2020 edition, it will be possible to control everything from your Chromecast. Indeed, the remote control will allow you to control both your TV and the Chromecast.

The user will be able to access more than “6,500 apps and hundreds of thousands of films and series organized by genre and adapted ” according to his tastes. You can switch between Netflix, Disney +, Canal +, France TV or even YouTube at will. Everything should also be done quite smoothly, thanks to the new dedicated interface integrated by Google TV.

No more simple distribution of content from a smartphone, the Chromecast now has a real user interface, from which it is easy to find all of its applications, its list of videos / films / series to watch later or all of its personalized recommendations.

Google Assistant from your TV

It is possible to benefit directly from its services via a button on the remote control supplied with the Chromecast (Netflix and YouTube buttons are also present). The accessory is equipped with a microphone to pick up your different requests: “Play Music on YouTube ”,“ Watch The Boys on Amazon Prime Video ”,“How’s the weather” or “Lower the volume of the TV ” for example.

It should be noted that you can also control from your TV all your connected devices compatible with the Google Assistantlike your bulbs, speakers or Nest camera, for example. Finally, it will be possible to associate your Chromecast with its multi-room installation to broadcast your YouTube or Spotify playlist in all rooms of the house.

4K HDR 60 FPS and Dolby Atmos on the program

For this new edition, Google has revised the design of the Chromecast. More compact and more sober, the device is discreet once connected to the HDMI port of your TV. Note that the Chromecast under Google TV supports many technologies. According to the manufacturer, the Chromecast with Google TV offers a “image quality in 4K HDR 60 FPS in the blink of an eye”, and is compatible Dolby Vision (for better colors and contrasts) and Dolby Atmos (immersive surround sound).

According to Google, the Chromecast with Google TV is already available on the Google Store at a price of € 69.99. Three colors are available: Snow, Dawn and Sky. Deliveries will start from mid-October, without further details. The Mountain View firm also specifies that you can find the Chromecast at partner distributors such as Fnac, Boulanger, Carrefour, Leclerc, Cdiscount, Auchan and Système U on the same date.