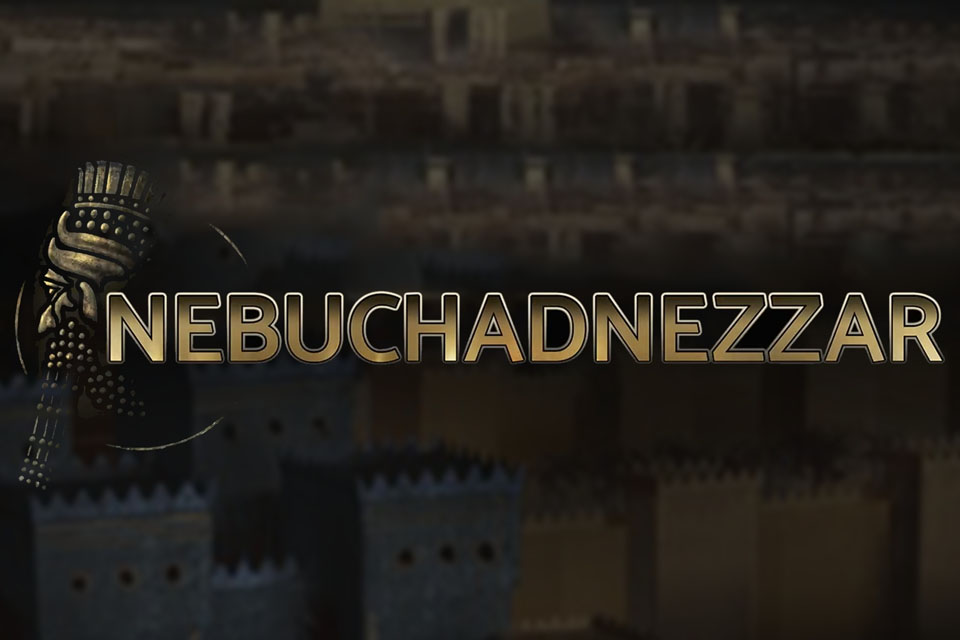 Isometric city-building games are common, but few manage to portray the great fever that was experienced between the titles of two decades ago. Games like Caesar 3 and Pharaoh marked an era and helped to grow a unique niche genre.

At the end of 2020 I was struck by the fact that Pharaoh resurrect from the tombs, after announcing that the game would arrive in a new version. Pharaoh: A New Era still goes undated, but is already on the waiting list. It was then that, researching, I came across Nebuchadnezzar, game that drinks directly from the source. 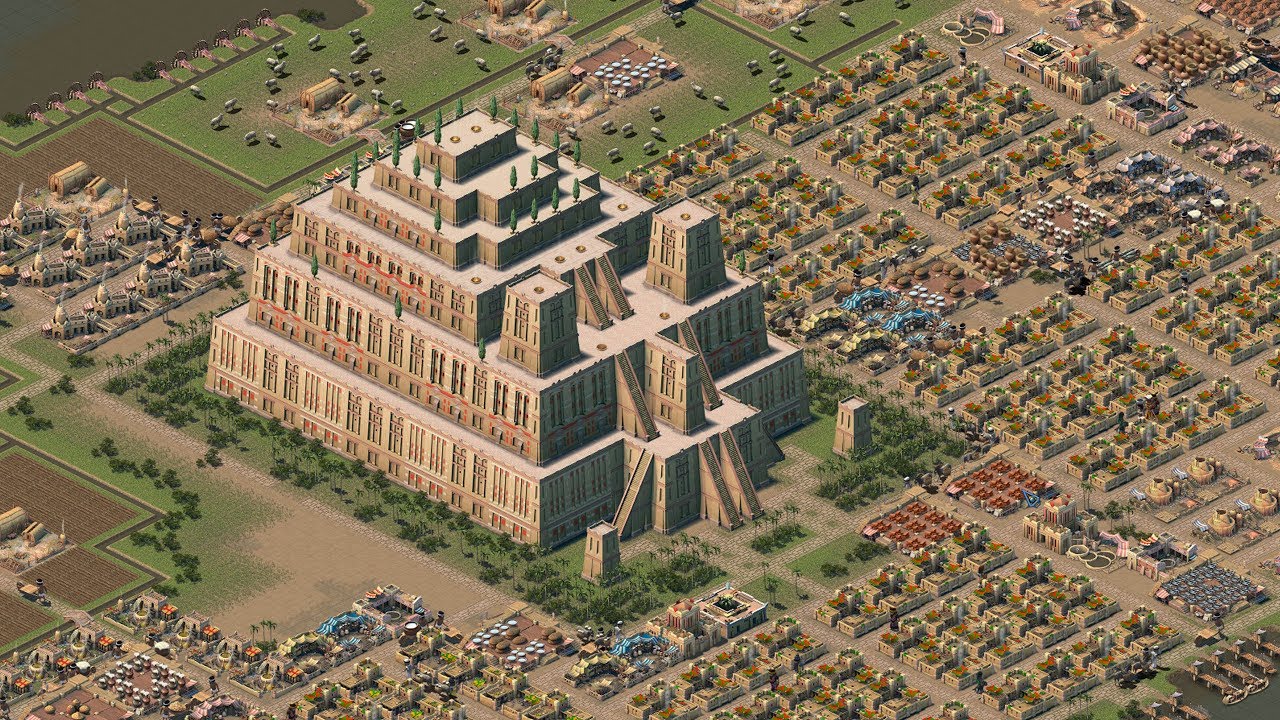 Nebuchadnezzar, or Nebuchadnezzar (much easier to say), he was the fourth king of the Second Dynasty of Isim. According to history, he was one of the strongest rulers in the world. He even defeated the Egyptian Empire.

For many years I studied theology and it is practically impossible to disentangle one of the most powerful in history with that described in religious writings, especially those that refer to Daniel’s prophecy.

As much as it has this name, Nebuchadnezzar it comprises a more comprehensive period of history and the game is not limited to the facts described above. Your goal will be to develop the culture of ancient Mesopotamia throughout the Ages, until the Persians conquered Babylon in the 6th century B.C.

Learning from the King of Sumeria

For those unfamiliar with the genre, Nebuchadnezzar brings an initial campaign that resembles a tutorial. For those who like history, they will be happy with the references, especially from their tutor. A character named Gilgamesh will be responsible for explaining everything and more so that you can grow up in the harsh lands of Mesopotamia.

Gilgamesh, whose name means “the old man who rejuvenates”, was king of Sumer and founder of the city of Uruk (ancient city located 270 km south of Baghdad) around 2700 BC. 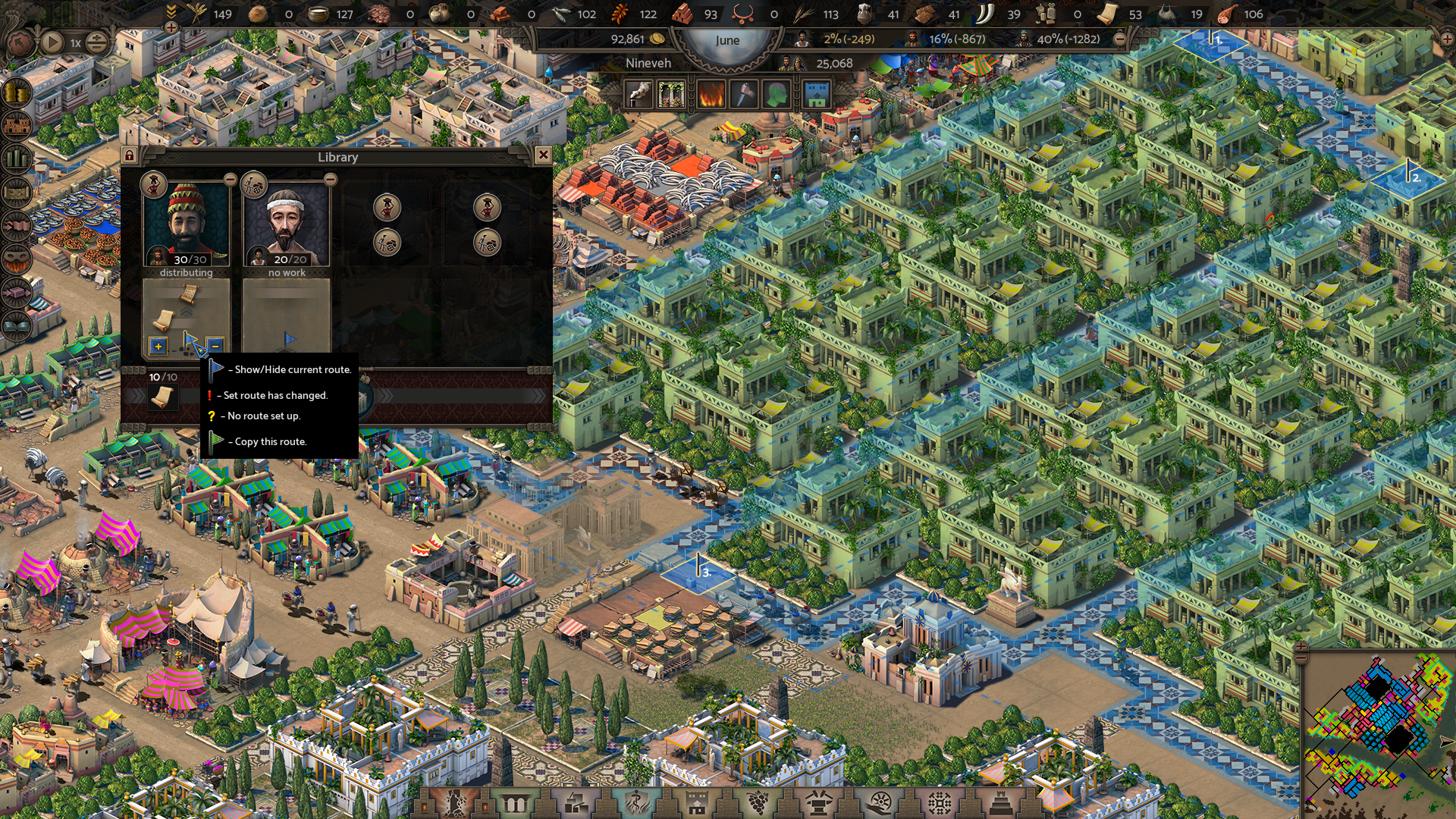 You will have at your disposal 4 initial campaigns that will serve as an apprenticeship and another series of missions to complete. The game also offers a robust creation mode, which promises to take fans to the most spectacular creations.

In Nebuchadnezzar, management is quite simple. Some locations, such as the farm, will be responsible for the production of the raw material, such as milk and wheat. Other buildings will do the processing, such as bakeries, which will turn grain into bread. The last, and most important, the markets, in turn, are responsible for the distribution of consumer goods.

The employees of these stores will be the driving force of your empire. Your goal is to sell the items door to door and here the first problem starts. The routes are fully customizable, saving you time. But the imbroglio starts to appear the moment your city grows. You will always have to customize the route again, whenever a new house appears in the region.

As much as it is thoroughly suitable for the game, over time the confusion begins. It is a boring micromanagement and that will make you waste a lot of time for something boring. The distribution logistics is very well demonstrated in the menus, with statistics and percentage of all tastes. It is even possible to see clearly when you produce a good and how much is being sold on it.

As easy as it is to understand, here is another problem. Crisis management does not make your life easier, turning fun into real psychological chaos. The tico and the teco will have to hit their heads to find where the obstacle is that prevents the growth of their village. It may be a street that prevents access, or even a more serious problem in distribution.

Stick that is born crooked …

As that Brazilian band used to say, it started wrong, it was over. Nebuchadnezzar it is a perfect summary of everything that was written in the lyrics of the song. For you to make your city prosper, in addition to the micro management explained above, you will need to export your goods from other locations. Only then will you be able to collect gold, which is the basis for the construction and development of the city. 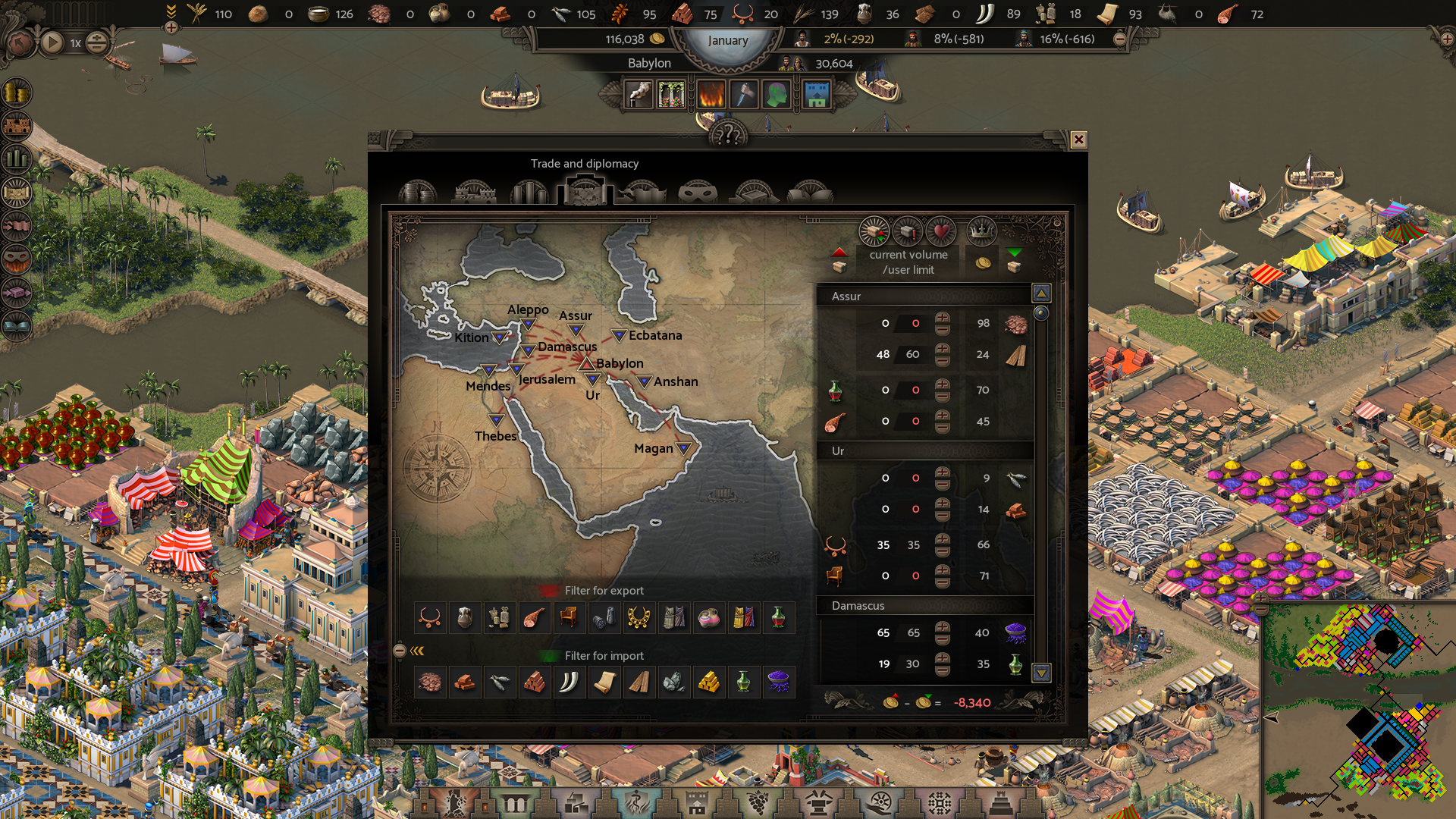 If your region is not prosperous in management, if it is at a loss, it will be virtually impossible to raise money. This could be an important change in the future. Perhaps placing taxes on the products so that the player does not become a hostage to the caravans to collect gold.

The graphics are not exciting, but they are faithful to the great classics of the genre. It is worth mentioning that this is not the focus of the game. However, this does not mean that they are not done well. The fact that the population is shown in a larger than normal way makes it easier to understand everything that is happening in the city. It increases the immersion and the feeling of control of what happens in the region. 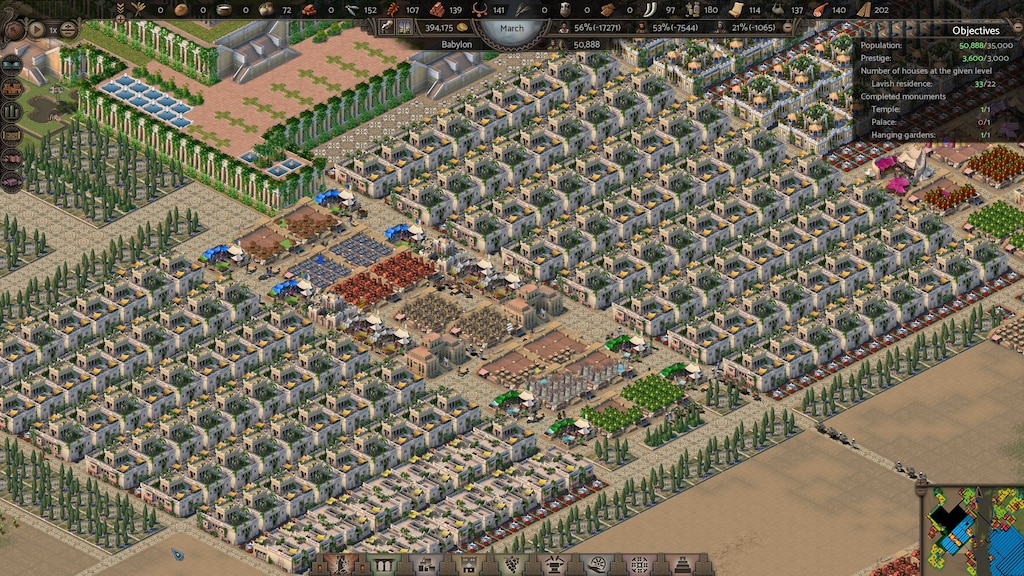 The soundtrack is simple, with little variation, but it is very good and reminds us of old games, especially the one found in the franchise Age of Empires. The other day I left the game on in the home menu just to listen to the music.

Nebuchadnezzar has classic elements important to your success. It needs implementations and variations, mainly with regard to the management and capture of gold. The challenge can be intense, leaving the fun a little aside, driving away those who seek entertainment. For true fans of games of this genre, it is worth the attempt, even to remember the great titles made in the past.

“Time to build the hanging gardens of Babylon”