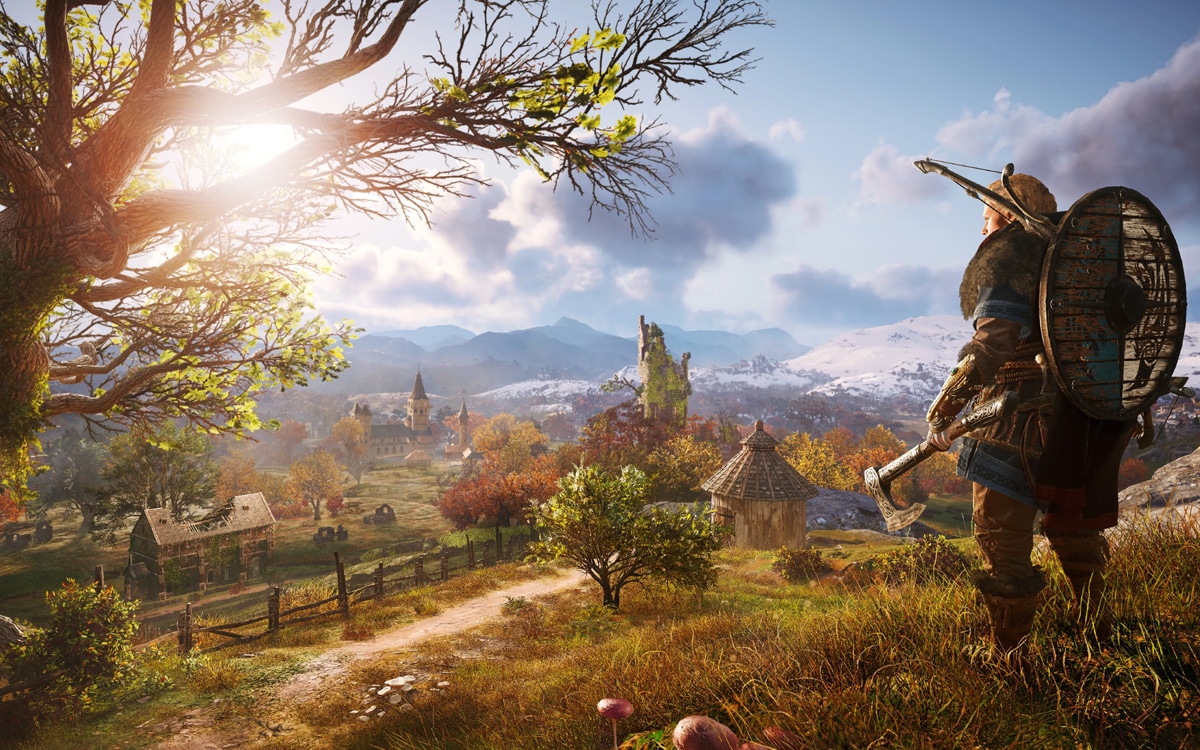 The next Assassin’s Creed begins to unfold. The first information appeared on 4chan, before landing on the famous subreddit dedicated to video game leaks. Among them, we find in particular the potential name of the title, as well as revelations on its history and a prediction for its release date.

It’s not impossible that you have already completed Assassin’s Creed Valhalla and are looking forward to the next installment in the saga. Since 2007, when the first title was released, Ubisoft has served us a new game every year, with the exception of Origins which imposed a 2-year gap with its predecessor. It is therefore very likely that 2021 sees the arrival of its own Assassin’s Creed. First information has already appeared on the web.

The source, of course anonymous, posted on 4chan what she knows about the game, before being reposted on Reddit. It goes without saying that this information is still at the stage of rumors and therefore should be taken with (big) tweezers. Nonetheless, they give a glimpse of what the next title might be. If these revelations are to be believed, the latter would follow the lineage drawn by Ubisoft from Origins, and repeated in Valhalla. A quick overview.

What do we know about the next Assassin’s Creed?

First thing, the leaker claims that ’there will be an Assassin’s Creed in 2021. While not much of a surprise, it might have been possible that the Covid-19 pandemic was delaying production of the game, as it may have been for other studios. We do not yet know the exact date, but we can count for a launch at the end of the year, based on the launch of the previous component. After several titles released from the Ubisoft Quebec and Montreal offices, this time it would be the Sofia branch that would be in charge of development. The latter notably took care of the spin-off Assassin’s Creed 3: Liberation.

Many eras and geographic areas have already been explored by the saga. Fans wait around the corner for each new piece of information on the subject, so much is it at the heart of what makes the grain of the games. According to the source, the next opus would take place during the 100 Years War. The player would play as a knight, taking part in castle sieges, jousting and arena battles.

On the same topic – Assassin’s Creed Valhalla: Even the GeForce RTX 3090 struggles to run the game at 4K / 60 FPS!

We would also meet there the famous alchemist Nicolas Flamel, which could indicate a new opus taking place in France, after Unity. This one should sell potions and equipment to the protagonist, just like Leonardo da Vinci in Assassin’s Creed 2. As for modern times, another corner point of the universe of the saga, the player would take the role of Basim Ibn Ishaq, main antagonist of Valhalla. There would be a desperate struggle between humans and the Isu, that earlier, more advanced humanoid race.

What’s the name of the next Assassin’s Creed?

As for the title, Ubisoft could call its game “Assassin’s Creed Tournament“. The latter seems a little strange considering the names of its predecessors, in addition to giving the impression of being a spin-off. However, it may as well be a code name used by the studio. In particular, we remember that Valhalla long called himself “Ragnarök” as he leaked out. It is therefore likely that the real title will be revealed later in the year.

As said before, it is currently impossible to confirm this information. The Assassin’s Creed are now a regular at leaks like this, as are many other blockbuster video games, and so sometimes it isdifficult to disentangle the true from the false. These repeated leaks even lead some players to believe that Ubisoft is revealing this information itself, in order to ensure a big expectation from the fans.