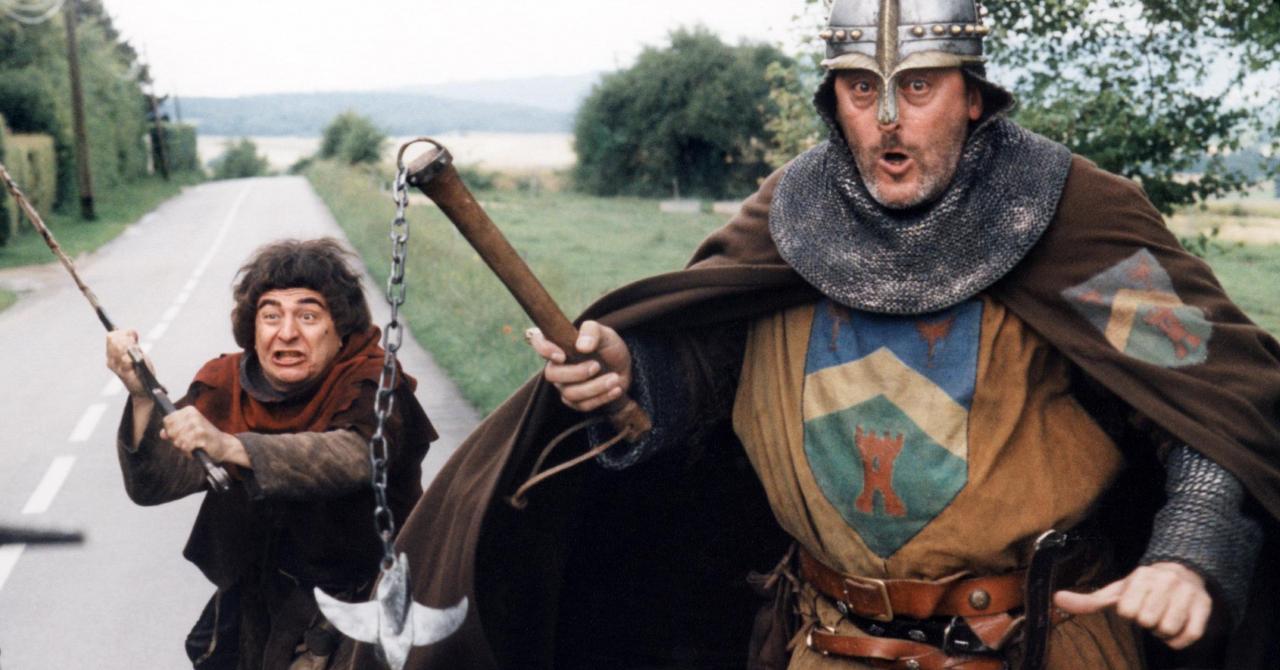 The director of the classic with Christian Clavier evokes the postman scene in The Visitors.

“Messire, a Buckwheat!” ” is undoubtedly one of the most cult replicas of French cinema. Jean-Marie Poiré details the famous scene of the destruction of the Post car in Visitors.

“The principle of Visitors is to confront people from the Middle Ages with modernity. Putting them in the presence of a car and a black man (a “Buckwheat” for them, the enemy of their time) was unstoppable. So I was ulcerated when John Hughes removed this scene from the American remake. “It’s too racist,” he told me. You in France, you don’t care, but we are very fussy about it. ” As if we hadn’t thought about it! You have to be silly not to understand that history justifies it. “

“The back shot of the scene in the forest was filmed in another corner of the Oise and at another time. In reality, this part is 200 meters from the decoration of the crypt. Producer of my films, I try to think in terms of economics. I always tell my assistants to think of places according to the possibility of shooting indoors or outdoors. If the weather is changing, I’m going from one plateau to another. “

“When we shot The Visitors, a new camera had just come out. It allowed, via an incorporated electronic system and a remote control, to directly modify the speed of the camera. It was extremely practical. Before, you defined this speed at stop, you turned, then you repeated the process to change. It was not fluid in the image. There I was able to speed up Jacquouille’s run in the forest (to produce a cartoon effect) and slow it down naturally when he approaches Godefroy to speak to him. “

“The horse came from Mario Luraschi’s stable. With this kind of trained animal, you should never shout “engine!” Wrongly and through, otherwise it will get excited. Generally, until it’s ready, I whisper “camera” or “let’s go”. There, I don’t know what took me, I yelled “engine!”. Confused, he started running around. It was magical. It adds weirdness to the background. “

“I liked the idea that the car had an emblem that evoked a badge for the heroes. Swiss Post accepted and loaned us a car – the one that drives, at first. There are two others, given by Renault, that we faked for demolition. We had indeed tried to hit it in preparation to see what it looked like: it actually hurts my hands very badly for any result! Before turning, we therefore “broke” the cars by hiding the traces caused by a thin layer of yellow paint. “

“Théophile Sowié, who plays the postman, was charming and a very good actor. When it scurries furiously, however, it is not chewy. The real mass of weapons sent by Jean Reno in the direction of the car rebounded on the windshield instead of exploding it and almost touched Théophile who was afraid of his life. This is obviously the plug that I kept even if we corrected things for the fittings. “

“I usually shoot with two cameras: it allows you to have different sizes and very good connections with the actors. For this scene, however, I had an obsession: to finish it during the day because the good weather was not going to last. So I did what I often do in such cases, which is to take a camera in my hand and multiply the close-ups. This kind of camera is not stable but I knew that the shots would be short and energetic and would not disturb the spectators. “

Visitors will return to TF1 this evening. Trailer :

The Visitors: The Revolution: We have seen worse (but we have seen better)