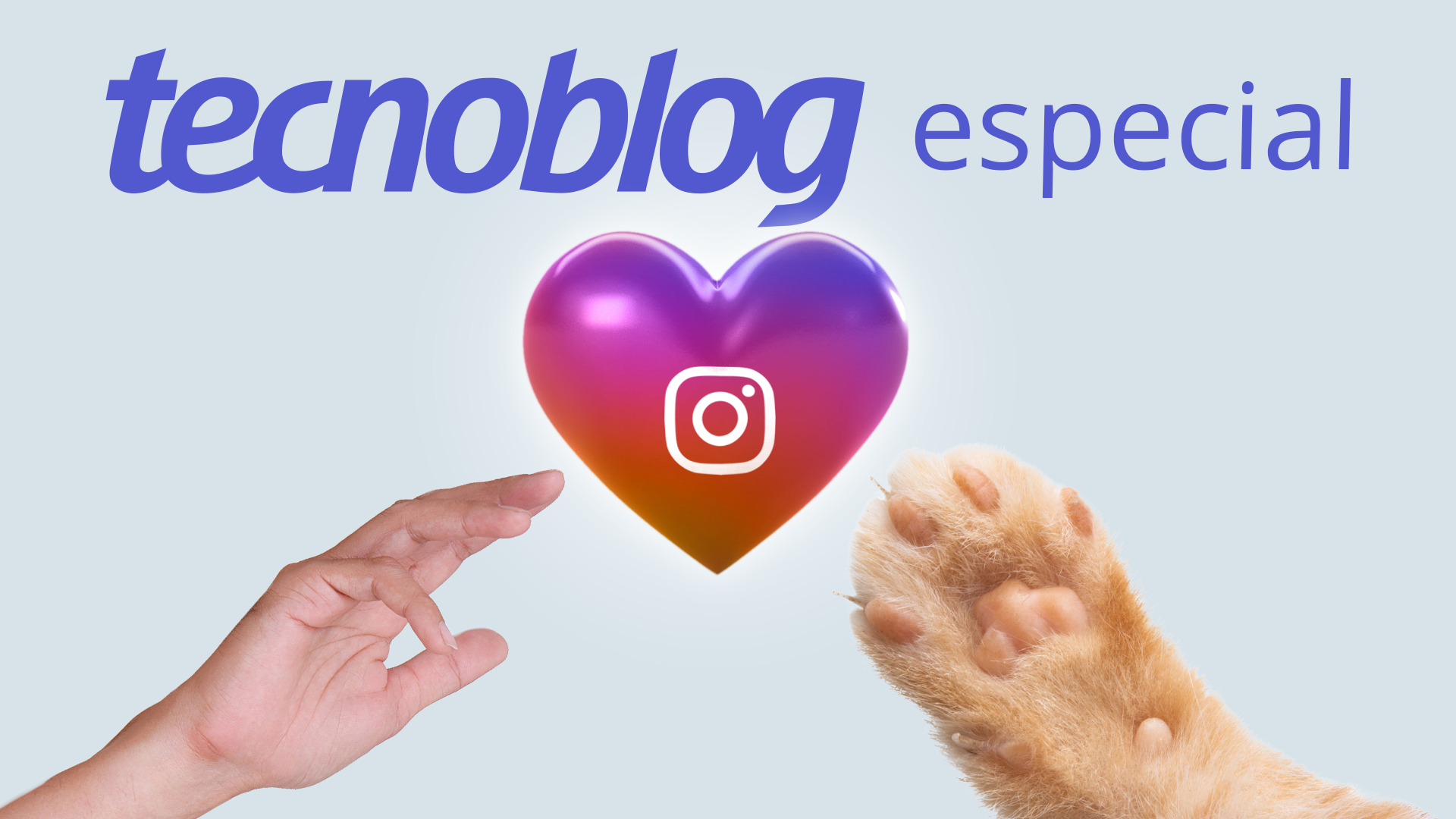 A few months ago, Matilda, the smaller of my two cats, was having trouble walking, staggering and falling constantly. The veterinarian suspected a disease called FIP, which is terribly lethal. Or rather, it was: a treatment has been discovered in recent years, but the laboratory that developed the drug refuses to license its use. Yet Chinese companies manufacture and sell the drug. Owners of sick cats resort to solidarity to cover the costs, which are around R$30,000.

Feline Infectious Peritonitis (FIP) is caused by a mutation in the feline enteric coronavirus — although it is also a coronavirus like SARS-CoV-2, which causes COVID-19, it does not infect humans. Extremely prevalent, it causes a mild or even asymptomatic infection in most cases. The big problem arises when the virus mutates in the body and becomes the coronavirus for feline infectious peritonitis.

FIP has two versions: wet, in which fluid accumulates in the animal’s abdomen or chest, and dry. The former is more common and progresses faster, while the latter often leads to eye or neurological damage. Other signs are diarrhea, poor appetite, fever, weight loss and jaundice.

Diagnosis is difficult, as there is no specific test — it is necessary to analyze several factors and exclude other hypotheses. The disease used to be a death sentence for cats: once diagnosed, the animal has a prognosis of weeks or months of survival. A few years ago, however, that began to change.

The cure that has been discovered but has not arrived

In a 2018 field study at the University of California at Davis, 31 cats with FIP were treated with a drug with the complicated name: GS-441524. Of these, 25 were cured, being 18 in a first cycle of applications and another seven after relapse and receiving more doses. The results were not only encouraging: they were completely at odds with previous attempts.

To give you an idea, one of the biggest successes so far had been a 2017 study. It involved 20 cats and a drug called GC376, with seven survivors — the other 13 initially responded to treatment but didn’t resist. It may seem small, but it would be a huge step forward.

The two studies have a common author: veterinarian Niels C. Pedersen. He was also responsible for identifying, in the 1980s, the feline immunodeficiency virus, FIV — another acronym much feared by those who own cats. Pedersen has devoted much of his career to studying FIP and trying to find a cure.

Pederson knew a former head of science at Gilead Sciences, the laboratory that developed GS-441524, back when the company was developing the first HIV drugs and he was studying primates, which served as guinea pigs for the first tests. The veterinarian asked for some molecules under development to test on the felines, and company researchers participated in the tests with the animals.

However, what would be the great success of his career did not turn out as expected: the company refused to license the drug for use in cats.

If you’ve followed the news about the COVID-19 pandemic more deeply, the name of Gilead Sciences shouldn’t sound strange: it is responsible for the creation of remdesivir.

This drug was first tested against Ebola, but without success. With the emergence of COVID-19, it was once again a hope that underwent new tests. Even with modest results, it was approved for emergency use in several parts of the world — including Brazil.

The two substances have a lot in common: remdesivir is metabolized in the body and becomes GS-441524. The action is the same: they enter the virus’s RNA replication and stop the process, fighting the infection.

The similarity is a big reason why Gilead is refusing to release the drug for use in cats: unexpected effects could derail approval of broader use of remdesivir. As Richard Sachleben, a veteran of the pharmaceutical industry, explains to Atlantic, one of the rules of drug development is precisely this: do not carry out unnecessary tests to avoid problematic results.

Some Chinese companies tried to license the drug, but there was no agreement. But that wasn’t the end of the line: they went ahead and started to manufacture the drug even without authorization.

On one of those days when my cat was sick, an advertisement appeared for me. Probably the Instagram algorithm identified that I spend a lot of time looking at Pet Reels. Maybe he even crossed the data and discovered that I was researching the disease. I was the perfect audience.

The sponsored post was of a cat asking for help to pay for his FIP treatment. In the comments of that post, there were more cat profiles, almost all with “pif” in the username. They also asked for help and sent messages of support to their peers—or “amicat,” as they call it. That’s when I discovered that resorting to solidarity was practically the only option to pay for that medicine.

In addition to being very expensive for our reality, it is necessary to get the money quickly. The treatment protocol follows the observational study carried out by Pedersen, with 84 daily injections. The dose applied depends on the animal’s weight and some parameters, such as the type of FIP and the presence of neurological or ocular involvement. Therefore, the cost can be lower or higher.

The drug represents the biggest expense, but not the only one. During this time, it is necessary to periodically repeat the exams to check the evolution of health, adjust the doses and even extend the treatment, if necessary.

If everything is right, it is necessary to observe the animal for another 90 days, an interval in which there may still be relapses and the need for more applications. Only after that is it possible to say that the cat was cured.

In order to buy the medicine, the tutors ask for donations and make raffles for pet products, electronics and even amounts of money. They also look for godparents or, as they commonly call it, “dindos”: people who commit to helping each month and following the pet’s treatment more closely.

Some sell clothes and other belongings, make crafts or candy, ask followers to shop at major retailers and pet stores using their affiliate links. All this to get money to pay for the treatment.

Two moments are especially difficult in fundraising. One is in the beginning, when the animal is usually very sick and needs to start treatment as soon as possible, but the number of followers is still low.

The other is in the “final stretch”. FIP mainly attacks puppies and, during treatment, they grow. Furthermore, they are healthier and gain weight. This means that the application doses get bigger. As a result, tutors need to order larger amounts of medicine or more often.

Cases vary widely. There are those who have caught a kitten that has become adored by the children of the family and does not want it to leave in such a short time. There are those who were adopted and returned to shelters when the disease was diagnosed. There are protectors who already spend a lot to maintain food for several animals, but even so they decide not to give up the life of a sick kitten. There are those who rescued a litter and only discovered that there was a chance of a cure when there was only one survivor of the disease. And so on.

Instagram has even become a community for several tutors. And while social networking is a great way to get more people willing to help, you need to know how to “dribble” the algorithm. It’s been a while since the feed has been organized in chronological order; instead, it only displays content that the user finds interesting. Therefore, mutual help is essential.

Profiles of cats with FIP—or “pifentinhos,” a pet name for such a terrible disease—comment in each other’s publications and share in stories when an animal needs treatment or has no money to place a new order.

Owners also ask to like, share, comment with at least four words (and without repeating other posts or posting multiple times, so the algorithm does not consider spam), tag friends and save the post.

Thus, Instagram “understands” that the post is relevant and it appears to more people, increasing the chance of getting contributions. In all, there are a series of hashtags, both specific to the disease and to broader themes, such as cats or pets.

This makes such a difference—so much so that even the owners of cured cats are still active in the net to participate in this way. They explain that even those who cannot contribute financially can help “build” a sick pet’s Instagram with these interactions. That day when Facebook and its products were down, in fact, was terrible in terms of revenue, such is the importance of the platform.

Transparency in the process is also important because many people are suspicious of scams. Owners share test results, prescriptions, payment receipts and photos of the medication vials. Some even post videos of the animals receiving the injections to prove that the disease is real and the collection is really necessary.

A second opinion ruled out my kitten’s FIP — the hypothesis is now of a genetic muscle problem, which can be circumvented with protein and vitamin supplements. She has since gained weight, stopped staggering and started playing around the house again.

Even so, I continued to follow and follow the “pifentinhos”. My Instagram feed turned into a roulette of feelings. I get sad when I see that a puppy, still in the beginning of treatment, did not resist and became a “little star”. I celebrate when a pet’s treatment period ends or when the observation ends without relapses. I share a little of the anguish of owners who race against time to get the medicine.

In an article published in 2019, Pedersen is aware of the illegal drug market for cats. He warns that there are many uncertainties both regarding how to carry out the treatment outside laboratory conditions and the quality of the products, but he promises that he will continue to do research to guide owners and veterinarians.

The scientist claims that the drug will certainly be approved and marketed normally in the coming years. Although the drug remains expensive, this would certainly facilitate access to treatment.

I hope he’s right. I will see many happy posts on my Instagram this day.