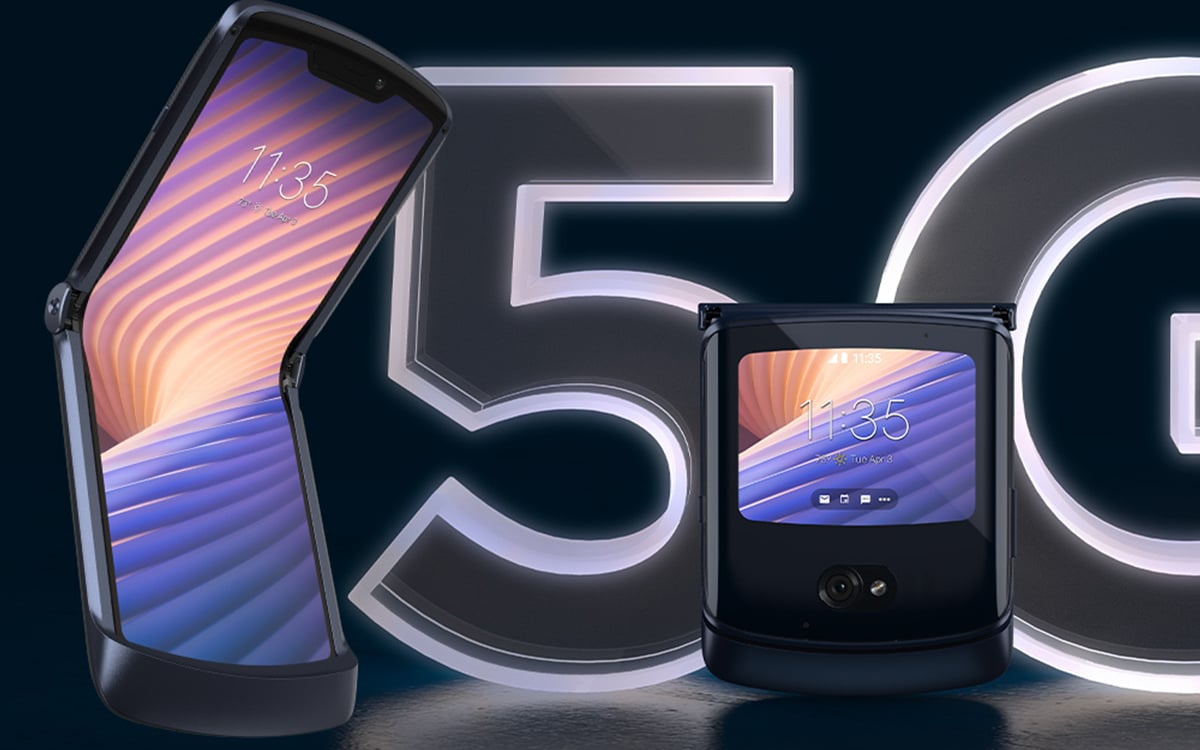 Motorola has just lifted the veil on the Razr 5G, a new version of its foldable clamshell smartphone. This new iteration is not only distinguished by the integration of 5G. There is a more robust central hinge, a better SoC, an improved camera and a slightly slimmer design. Specifications, release date and price … We tell you all about the new flip smartphone that takes on Samsung’s Galaxy Z Flip.

Remember: in November 2019, Motorola resurrected the legendary Razr, the flagship flip phone of the 2000s. Ultra attractive in terms of design, the foldable flip smartphone was disappointing in terms of hardware with a technical sheet worthy of a mid-range device. Little focused on power, the terminal was content with a Snapdragon 710 chipset coupled with only 6 GB of RAM, a 16 megapixel main camera and a 5 megapixel sensor for selfies. In addition, the 2019 Razr skipped 5G.

On the same topic: Xiaomi is working on a Galaxy Z Flip and Motorola Razr-style foldable clamshell smartphone

Here is the technical sheet of Motorola Razr 5G

On the display side, the brand takes up the winning recipe from the first model. The Razr 5G is built arounda 6.2-inch plastic OLED display (2142 × 876 pixels) in 21.9: 9 aspect ratio. On the outside, the manufacturer once again incorporates a 2.7-inch “Quick View” OLED screen primarily intended to display notifications (SMS, emails, reminders, etc.) and contextual information (weather, time, battery level, etc.) and communicate with the Google Assistant.

On the other hand, Motorola relocates fingerprint reader. It is no longer placed in the thick lower border under the screen but on the back of the smartphone. This change allows the mark to reduce the size of the border. In this respect, the smartphone is therefore a little different from the original model, the cult flip phone of the first decade. According to Motorola, the central hinge that allows the display to fold is more robust than the hinge built into the first Razr. The company claims that the screen can be folded and unfolded 200,000 times, which corresponds to a lifespan of 5 years.

Above all, Motorola has completely revised the photography part. The Razr 5G is equipped with an 48 megapixel camera with an aperture of f / 1.7 accompanied by a ToF sensor for depth of field. Same story on the front camera side. This time, the manufacturer is betting on a sensor for 20-megapixel selfies. This module is still housed in a large notch above the main screen.

This time, Motorola entrusts the autonomy of the foldable smartphone to a 2800 mAh battery, up from just 2,500 mAh last year. This is still little compared to other smartphones on the market. In addition, it is not compatible with wireless charging or reverse wireless charging. There is a fast charge of 15W. Finally, it should be noted that the Razr 5G is no longer satisfied with the eSIM. The smartphone opts for a drawer for Nano SIM cards.

Despite its improvements, the Motorola Razr 5G still struggles to compare to its rival, Samsung’s Galaxy Z Flip 5G. More upscale, the foldable clamshell smartphone stands out thanks to a solid technical sheet, based on Snapdragon 865+ on the 5G version. 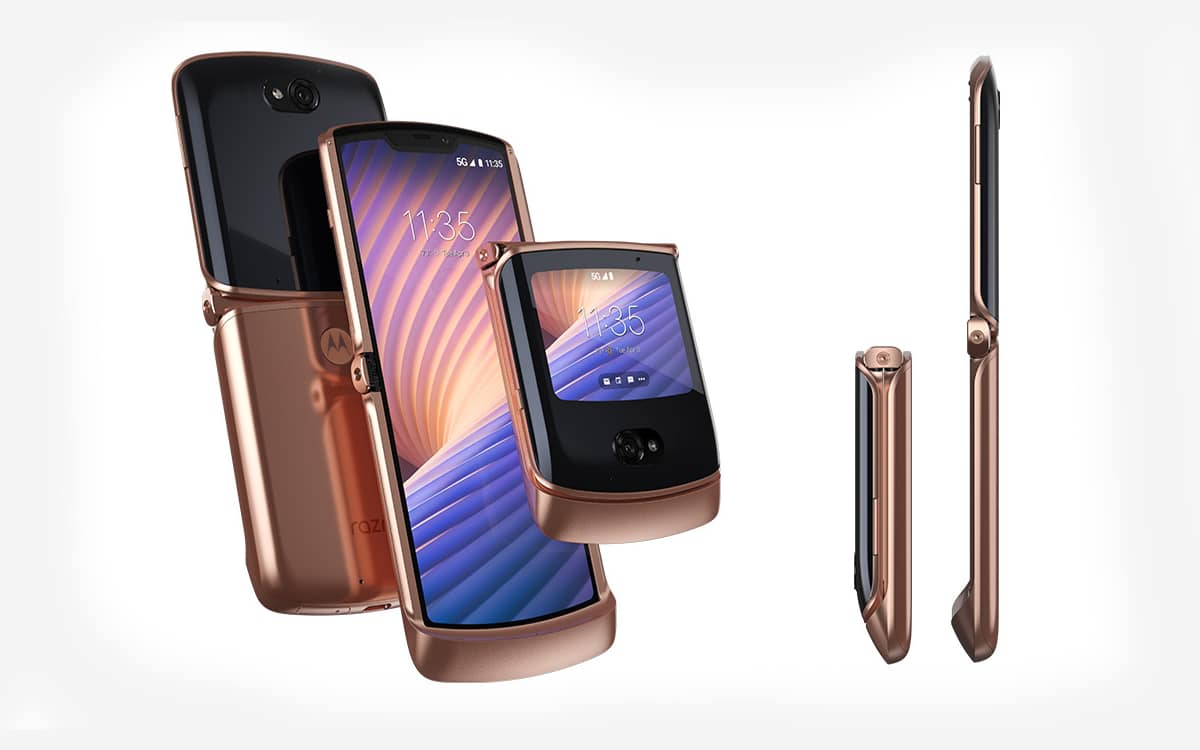 The Razr 5G will be available in September 2020 in France priced at 1499 euros. Good news, the flip smartphone is 100 euros cheaper than the previous version despite the improvements made. Motorola will offer the Razr 5G in 3 different colors: black, silver and gold. It will be available shortly at Fnac and Darty resellers and on the official Motorola website. What do you think of the brand’s new proposition? How big is the Z Flip? We await your opinion in the comments.