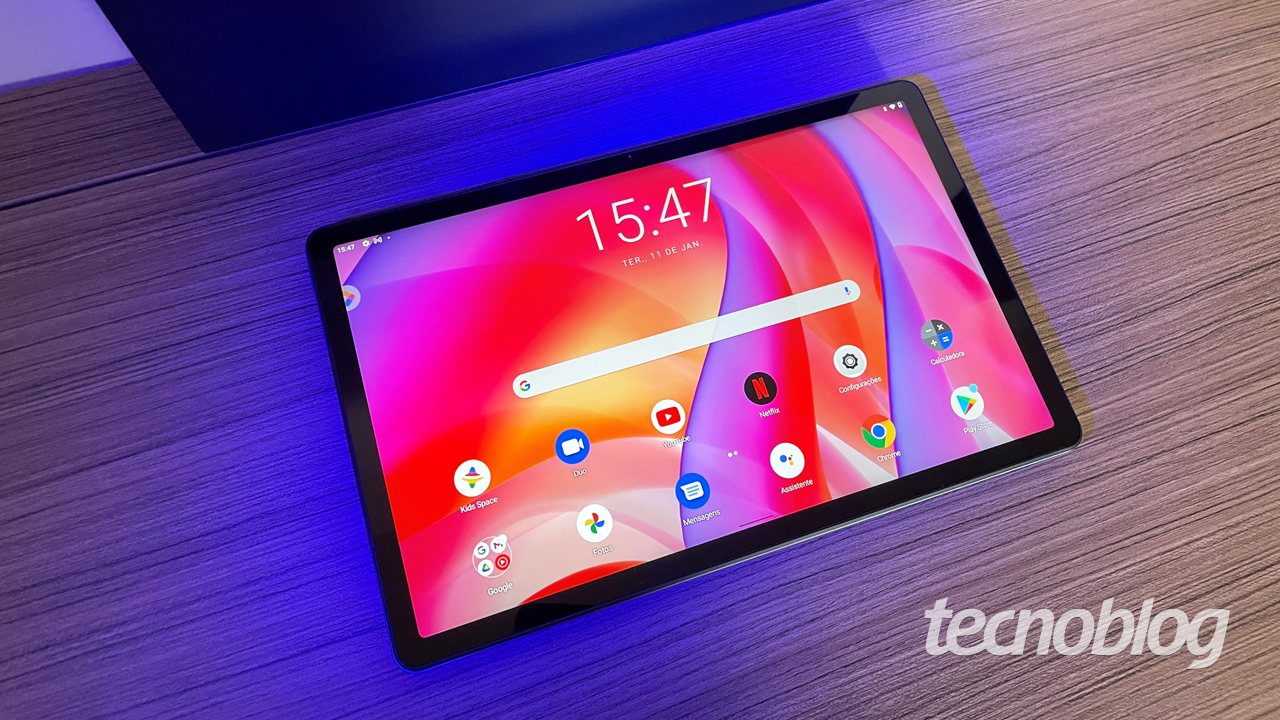 Good news for those who miss more options for Android tablets in Brazil: this Wednesday (12), the Motorola announced the Moto Tab G70 For the country. The model features an 11-inch IPS LCD screen, MediaTek Helio G90T chip and LTE connectivity as an option. But when looking at the tablet, you may feel a sense of “déjà vu”.

The explanation for this lies in the fact that the Moto Tab G70 is not necessarily a new product: the model is the same as the Lenovo Tab P11 Plus — a tablet launched in Brazil in November 2021 — both in terms of appearance and technical specifications.

Although Lenovo and Motorola belong to the same group, it is strange that both brands launch the same products. When asked about the technoblog, Motorola hinted that this is a strategy to make the tablet reach more consumers, after all, the two brands have different sales channels.

Technically, the product doesn’t draw much attention, but it doesn’t disappoint, as long as we take into account that this is a device with intermediate hardware: the MediaTek Helio G90T — a chip with two Cortex-A76 cores (for performance) and six Cortex cores -A55 (for energy efficiency) — comes with 4 GB of RAM and 64 GB of internal data storage (expandable with microSD).

The operating system is Android 11, but Motorola guarantees an update to Android 12, in addition to security updates for at least two years. Still in terms of software, the company highlights the presence of Google Entertainment Space, a service that gives access to games, videos and the like, in addition to Google Kids Space, which makes the tablet offer experiences aimed at children.

Not to say that there is no difference in relation to the Lenovo version, the Moto Tab G70 sold in Brazil has a green color that leans towards gray; the Tab P11 Plus comes in graphite color.

According to Motorola, the tablet is available from today on the brand’s physical and online channels. The official price is R$2,399 for the Wi-Fi version. The LTE version, which can also be purchased from operators, has a suggested price of R$2,599.

Both are manufactured in Brazil and come with a flap cover, screen film and 20 W TurboPower charger in the product packaging.

Just for the record: these are the same values ​​with which the Lenovo Tab P11 Plus was launched in Brazil. At least there’s a differential here: purchases made on Motorola’s channels until January 19 entitle you to a Pulse Escape 200 headphone as a gift.

Is the tablet worth it? THE technoblog received a unit for testing. The review comes out soon. This is the time for you to ask, in the comments, what you want to know about him.