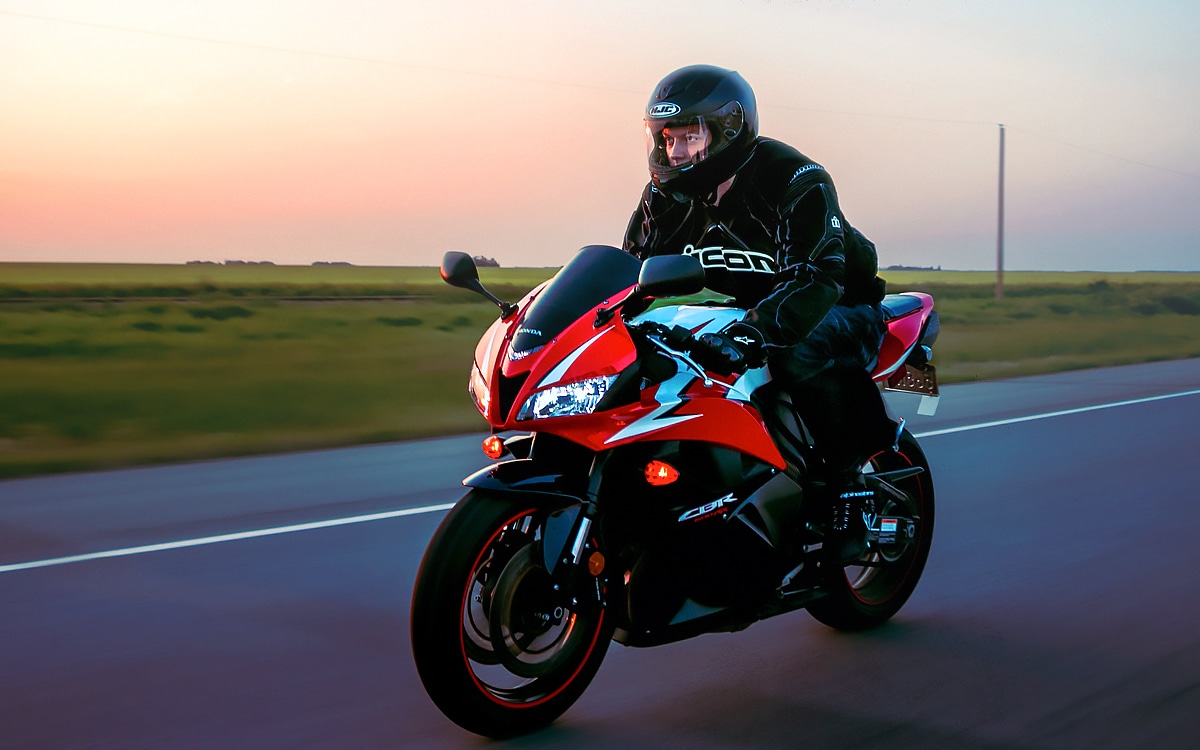 The Spanish Ministry of Transport is preparing a bill that aims to make it compulsory to wear an Airbag vest on a motorcycle – also known as a Motorcycle Airbag. A survey reveals that a majority of bikers find the device useful for improving safety, but two-thirds of those questioned say they are against the establishment of an obligation to wear it.

Do you know Airbags in cars, but on motorcycles? Contrary to popular belief the same type of device has existed for motorcycles since the mid-1990s. Its effectiveness in reducing mortality has been demonstrated, and yet, they are still very little used everywhere in Europe and elsewhere in the world. Concretely, Airbags vests can be quite simple. They consist of an inflatable vest made of very resistant material (you can’t invent it) and a compressed gas cartridge system, itself connected by cable to the motorcycle. In the event of an accident, if the driver is thrown from the vehicle with sufficient force, the vest inflates in a few milliseconds, which helps absorb shocks and prevent the driver from breaking his spine.

Other more sophisticated systems are fully electronic. They detect the accident using an accelerometer, a gyroscope and a GPS. The latter were sometimes victims of malfunction in the past, but technology has evolved to the point that today both are triggered so reliably and predictably. However, these systems have undoubtedly two disadvantages which probably explains why they are not yet as used today as they should be. It is first of all a piece of equipment relatively expensive – Motorcycle Airbags cost around 900-1000 euros. Wearing a life jacket can be uncomfortable, especially in summer, because the latter must be worn tight to the body.

And that’s why legislators in several countries are starting to think about making it mandatory, as this is already the case, for example, in sports competitions. The Spanish Minister of Transport is preparing a bill to this effect. However, many questions still remain unanswered: should we be satisfied with authorizing any model of Airbags or should we on the contrary make their approval more stringent, so that their benefits (for example the absorption of shocks ) is really greater than that delivered by passive equipment such as hulls?

The other question is whether this equipment should be mandatory as soon as you get on a motorcycle, or if we can accept a non-obligation to wear it in less accident-prone environments, like for example in town. A study commissioned by a Spanish biker association shows in any case that the biker community is still divided on the question. A majority of the 2547 motorcyclists surveyed agree that wearing an airbag vest is useful for safety. But more than 65% are categorically against an obligation (against nearly 30% of motorcyclists in favor of the compulsory wearing of the motorcycle Airbag).

Given their relatively uncommon use at the moment, it is difficult to estimate the number of lives that imposing this type of device could save. Initially it was estimated that the car airbag would reduce mortality by up to 25%. But subsequent studies have shown that this reduction was less than expected. The most protective equipment in cars, even the most modern, remains by far the seat belt: in conjunction with the latest generation Airbag systems, it effectively reduces the risk of fatal accidents by up to 68%.

Also Read: Your Next Car Could Have Airbags That Deploy Outward

Obviously implementing this type of device is infeasible on a motorcycle – whose driving in the rest of urban traffic is by definition more dangerous than driving a car. This is also why the AMM, the Spanish biker association (Asociacion Mutua Motera) wants to meet the Spanish Minister of Transport for him propose alternatives, in particular the creation of dedicated two-wheeler lanes, the legalization of the use of intercoms and the obligation to wear approved gloves. The decision in Spain will in any case be closely observed in France, and more widely in Europe. If successful, it is indeed likely that the measure will be followed …