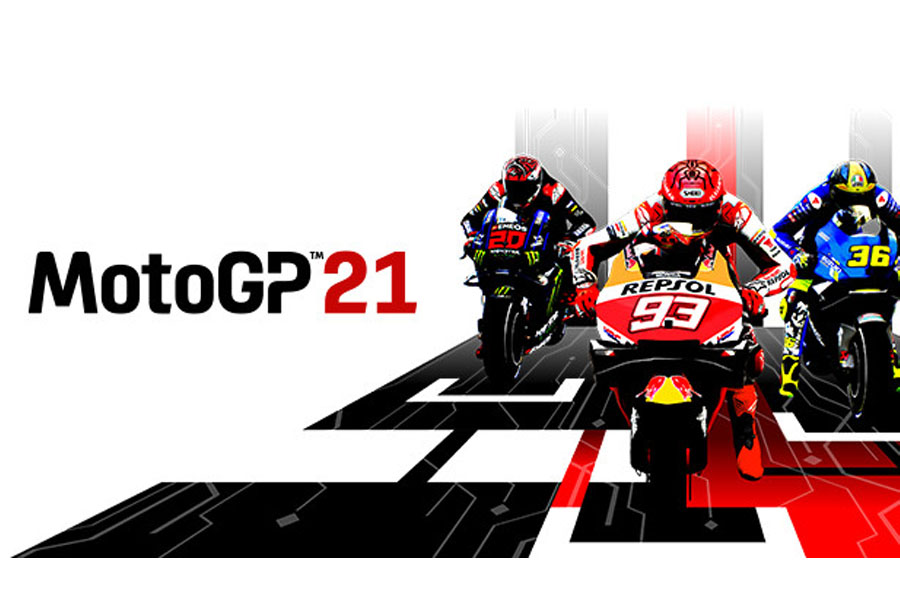 The first motorcycling game that I had fun was GP Rider, game that came in the memory of Master System. Since then, my reading for running started to become more acute and I always looked for simulators. Whether with vehicles or motorbikes.

The work done year after year with the series is notorious MotoGP, by the Italian Milestone, which launched the first game in the series in 2007. Since then, a very intense service has been done in the area of ​​simulation. I had the opportunity to test the newly launched MotoGP 21 and I’m going to tell you what I thought about the game.

Investment in the right measure

It is clear that with each passing year, Italians are investing heavily in the game. Even with the little that can be done between annual releases, it is very good to see the care that the developer has with the title.

This becomes more evident when we perceive the graphics, which are increasingly robust and well worked. This has always been one of the developer’s Achilles’ heels. However, it is possible to see how the game improves each year, in this sense.

The graphics of the tracks are beautiful, leaving even in doubt if they are not real. Details have gained more space, such as the gravel off the track and even the explosions that occur in the exhaust. The faces of the pilots present more and more details.

It is worth highlighting the moment when you lose control of the bike. Upon falling, the driver’s internal camera comes to life, giving the race an absurd immersion. If that weren’t enough, you take control of the third-person driver to continue the race.

Efforts to bring the game entirely in Portuguese are commendable. We have giant companies on the market that don’t care about this story. Not to mention the fact that we have the striking voice of Hamilton Rodrigues, who also narrates the competition on Fox Sports for Brazil.

For this year, a new graphic package for the menus was presented and I really liked what I saw. The screen came to life, with many colors and simpler usability.

MotoGP 21 brings different ways of venturing on the tracks of the world. The main one is the career mode, very complete. You start by choosing an agent to direct your career and track engineers to help you perform on the fast laps.

It is also worth mentioning that you can start your adventure in 3 categories: MOTO3, MOTO2 and MOTOGP. For those who are new, I recommend starting in the smaller categories, as the bikes vary a lot from one modality to another, something that we will discuss later. 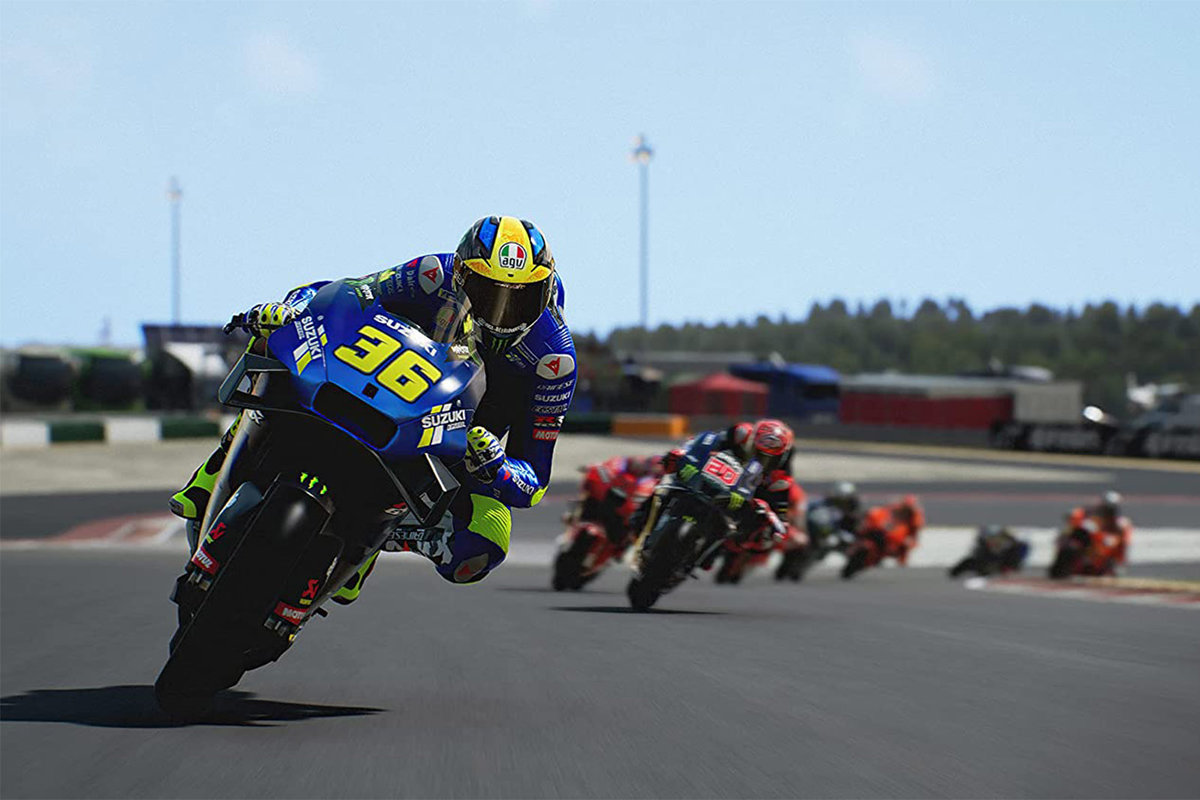 It highlights the development of your bike, making it possible that after race after race you can increase and improve it. It still follows the company’s challenge in finding a better balance between the compounds used.

The title also features fast game modes, such as running a weekend on the circuit of greatest interest, multiplayer mode and timed time, to always test your speed.

Now, we have to highlight the work done for newbies. I say this, because do not think that if you are used to driving vehicles on the virtual tracks you will have the same ease with the bikes. They are quite different. 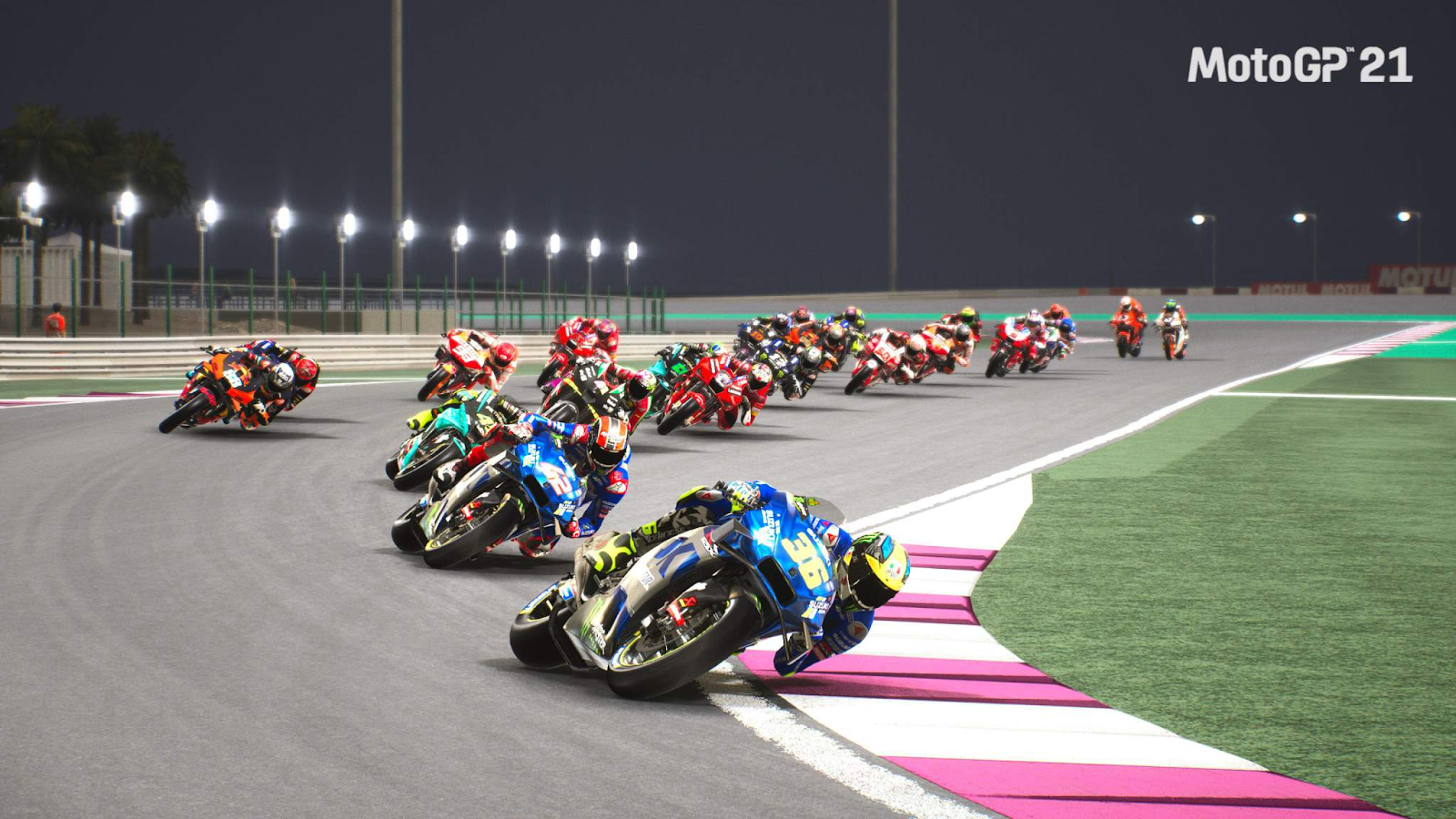 Milestone took great care in the tutorial, which gets to be very detailed, giving the possibility to better control the bike, presents tips to hit the best trajectory and the best way to overtake the opponent.

Here the thing gets

As I said at the beginning of our conversation, there is always a big discussion between racing games: some of them are focused on arcade mode, others on simulation. MotoGP 21 it is neither.

I say this because there is a menu of options that can make the game easier, with the control of the front and rear brakes among other customizations. But I emphasize that the presented does not impact, because the big problem of the series remains the implemented physics. It is useless to put several options for the player if the physics does not correspond with what we found in the proposal. The bikes slide a lot on the track and the sensation of speed is tenebrous

Imagine that you need to make a curve at 50 miles per hour. So far, everything is normal, however, the game doesn’t give you that feeling, which makes it difficult to read the most precise and ideal movements. It is practically impossible to play without the curve and speed guide that appears on the screen.

Add to that the controls that are not very responsive. At certain times, the impression we have is that you command a cargo ship. You insist on turning to the right or to the left, but the bike moves slowly. No matter how much your engineers make changes to the bike’s settings, the situation doesn’t improve. 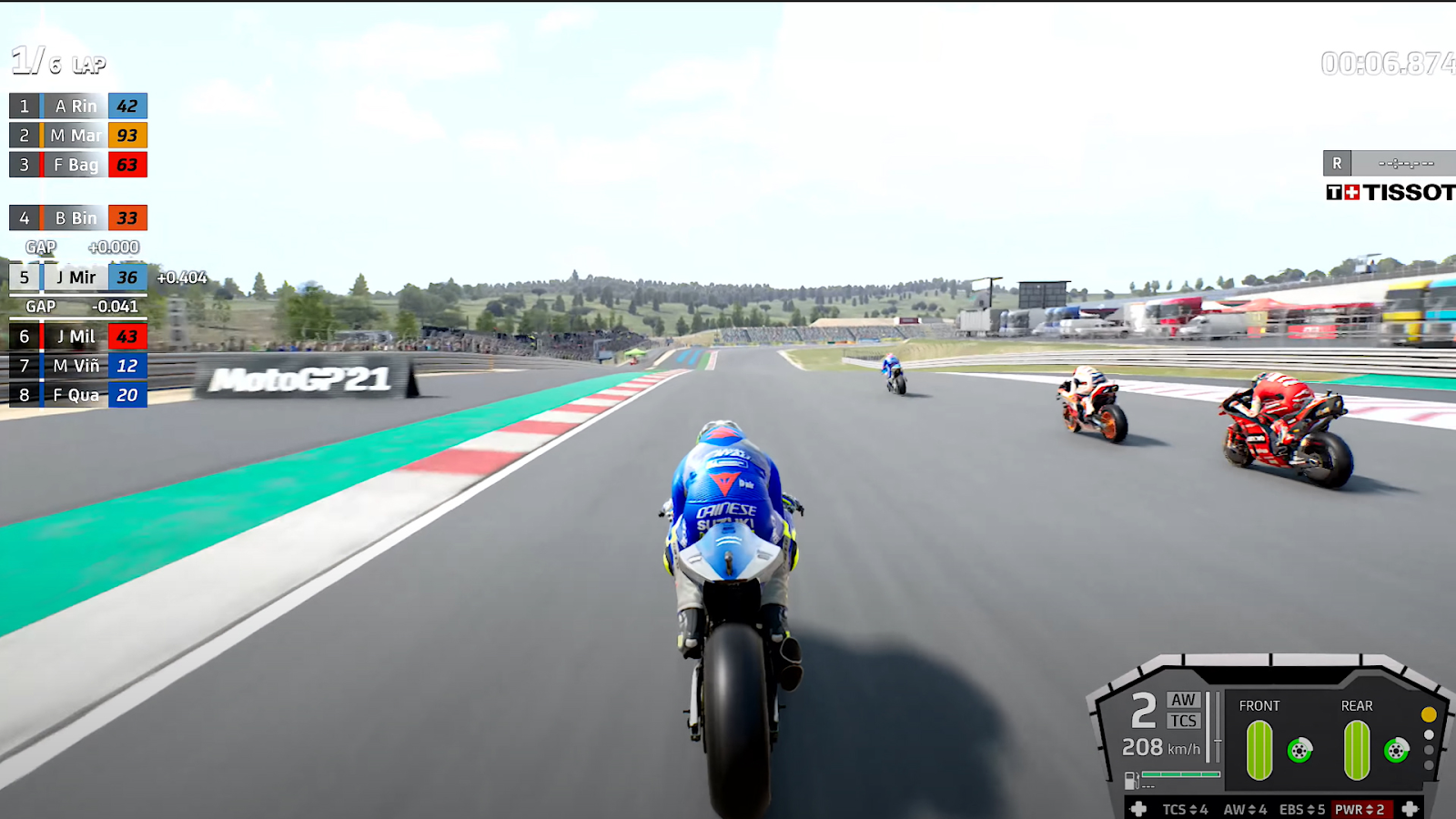 The control of the brakes are terrible. If you have an old joystick, get ready to get a headache when making a turn. On several occasions your bike will rear up with the rear wheel, especially in the category MOTOGP, where the engine sizes are heavier.

Interestingly, the physics was modified in the latest version of the game and it continues the same way in MotoGP 21. It was nice to run on MotoGP 19. There were not all these problems in physics and immersion was another.

MotoGP 21 will share opinions. For me, unfortunately he did not like it, mainly due to physics. It follows the same that was implemented in the previous game, which made it very difficult in the fun. This is one of the reasons why the grade is so low.

Regardless of the graphic beauty, a more robust menu and the excellent optimization, everything falls apart when you do not have a physics that does not leave you standing on the bike. Those who liked the 2020 version will surely have a lot of fun with the new edition.