A team of renowned scientists has doubled the controversial hypothesis that pieces of genes from the new coronavirus can integrate with human chromosomes – and remain in them for a long time after the infection ends. The initial proposition, present in an American study on the virus, caused an uproar in the scientific community and was the target of much criticism.

A study suggests that RNA from SARS-CoV-2 (in blue) can convert to DNA in those infected.Source: CLAUS LUNAU / SCIENCE SOURCE / Reproduction

In addition to the skepticism surrounding the hypothesis – which many claimed to be a laboratory creation -, the main criticism raised in academia was that the statement could cause distrust about vaccines that use the new messenger RNA (RNAm) technology – as is the case of the immunizer of Pfizer –, fueling unfounded fears that they could somehow alter human DNA.

If the initial study is right, the mechanism may explain how some people can recover from covid-19 and then test positive again, months later. Those responsible for the original play are stem cell biologist Rudolf Jaenisch and gene regulation specialist Richard Young of the Massachusetts Institute of Technology. The article was released in December 2020, in a pre-print on the bioRxiv website, specialized in texts in the area of ​​biological sciences pending review.

The researchers emphasized that viral integration does not mean that those recovered from covid-19 remain infected. They also made it clear that their results, original or new, do not in any way imply the suspicion that mRNA vaccines integrate their sequences into human DNA.

Countering criticism of the study

Some of the main criticisms received were addressed by the study team in a new article published online, on May 6, by Proceedings of the National Academy of Sciences (PNAS). “We now have unequivocal evidence that coronavirus sequences can integrate into the genome,” said Jaenisch in an interview with the magazine Science.

SARS-CoV-2, the virus that causes covid-19, has genes composed of RNA. Jaenisch, Young and the study’s co-authors say that, on rare occasions, an enzyme – reverse transcriptase – can copy viral sequences into DNA and place them on our chromosomes. This enzyme is encoded by LINE-1 elements – sequences that occupy 17% of the human genome and are like artifacts from previous infections caused by retroviruses. 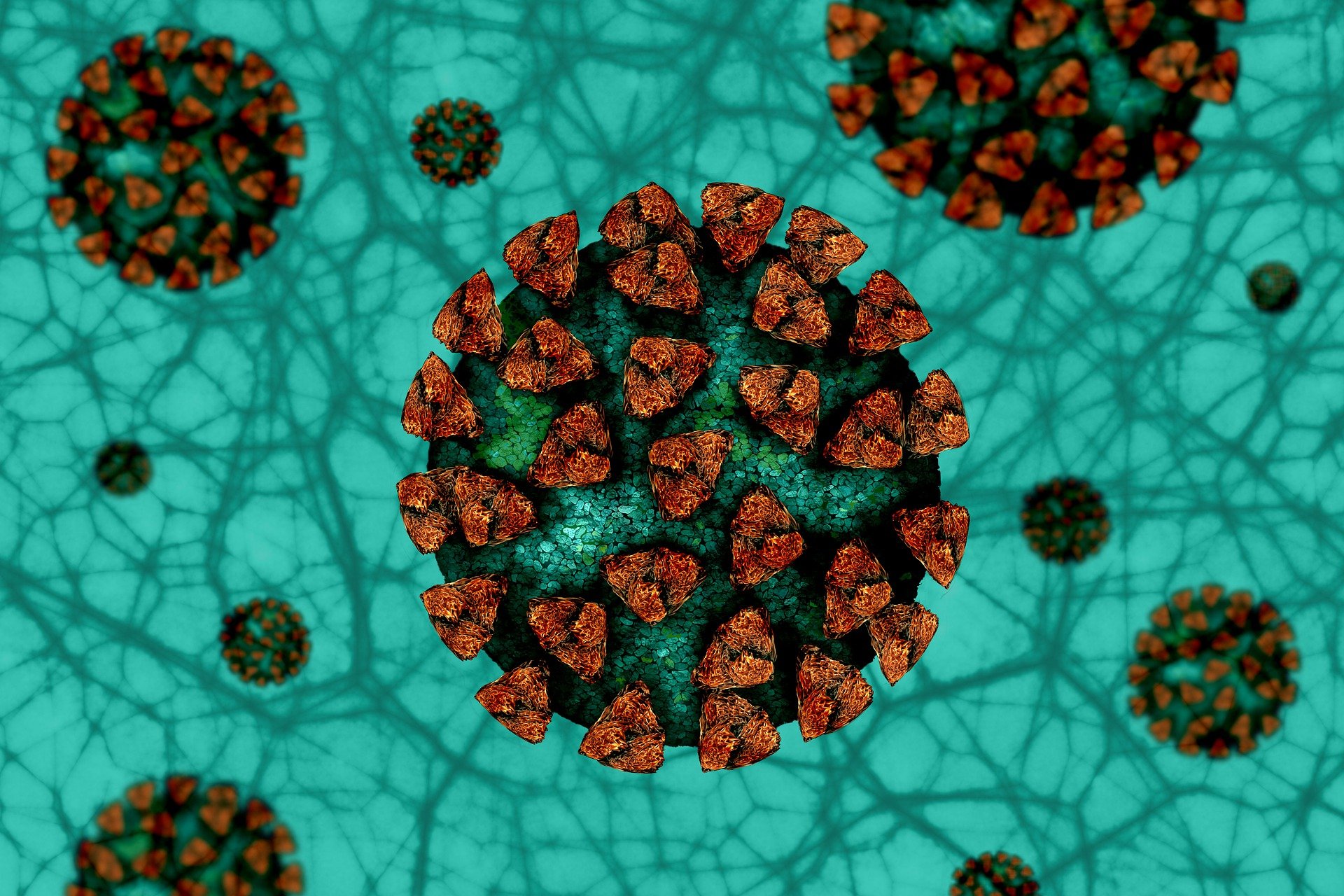 SARS-CoV-2 may be able to nest with human chromosomes after transcription.Source: Pixabay

In the original article, the researchers presented evidence in a test tube that when human cells containing LINE-1 elements were infected with the new coronavirus, DNA versions of SARS-CoV-2 sequences nestled on their chromosomes.

Many researchers specializing in LINE-1 elements and other sequences said that the data presented was very weak. “If I had this data, I wouldn’t have sent it to any publication at that time,” said Cedric Feschotte, a researcher on endogenous retroviruses in the human genome at Cornell University in New York. He and colleagues said they expected higher quality work from scientists of the caliber of Jaenisch and Young.

In the new study, Jaenisch and Young acknowledge that the technique previously used accidentally created human-viral chimeras. Jaenisch added that when they sent the article to the journal, they knew they needed more solid data and hoped to add it during the review process. But the newspaper demanded that authors immediately post all results to the prepress server.

In the new article published in PNAS, the team claims that artifacts alone do not explain the detected levels of chimeric virus-human DNA. They also demonstrate that portions of LINE-1 elements flank the integrated viral genetic sequence, further supporting their initial hypothesis.

The real question is: do cell culture data have any relevance to human health or diagnosis? “In the absence of evidence of integration in patients, the most we can extract from this data is that it is possible to detect SARS-CoV-2 RNA retroposition events in infected cell lines where L1 is overexpressed,” said Feschotte.

The retrovirus researcher, one of the critics of the initial study, was invited to participate in the new research and now believes that the hypothesis is plausible. “The clinical or biological significance of these observations, if any, is a matter of pure speculation now,” he concluded.