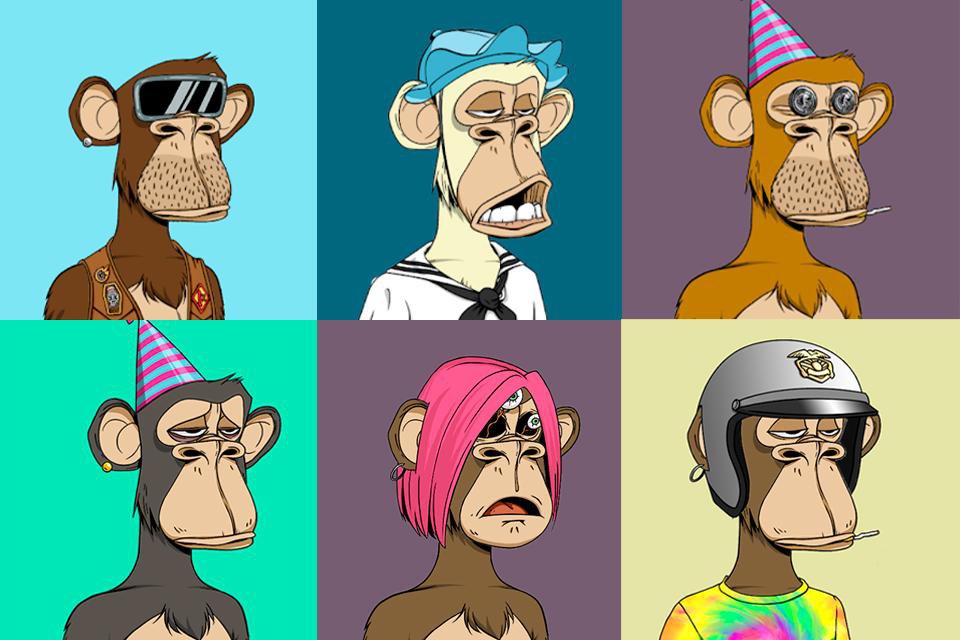 Considered one of the most important and valuable NFT collections on the market, the avatars of Bored Ape Yacht Club (BAYC) quickly spread across the internet—mostly on Twitter—and became a reference to non-fungible tokens. With the popularization of terms related to cryptocurrencies and the controversies linked to the topic, the acronym became the word of 2021.

After all, what is the reason for so much excitement about the drawings? Check out this article all about the “Bored Ape Yacht Club”.

What is Bored Ape Yacht Club?

the drawings of bored monkeys they are generated by an algorithm, combining 170 possible characteristics at random — such as colors, clothes, expressions and accessories. Combinations result in more common tokens and rarer ones, which have higher values. Purchasing one of the avatars still gives you access to a select group with celebrities, millionaire businessmen and executives of large companies.

Officially launched on April 30, 2021, the BAYC website offered ten thousand unique variations of the animated primates for sale. The initial lot sold out quickly, netting over $2 million. Since then, the collection has increased in value, with a single piece being traded for US$ 2.7 million, around R$ 14.8 million.

What makes BAYC parts so valuable?

One non-fungible token (NFT) — or non-fungible tokens, in free translation — are digital assets that have a digital certificate authenticated on the so-called blockchain, a kind of online ledger audited by thousands of users around the world. On social media, the technology became popular with artists who used the solution to create unique and verifiable artwork.

Like traditional art, the value is in speculation from their own creators and traders. What makes the virtual arts of BAYC valuable is a subjective concept, but an article by CNET summed it up in three points: celebrity visibility, community strength and usefulness to members.

The first point is simple, since famous people are responsible for influencing most users. So when Neymar, Eminem or Jimmy Fallon announce that they own one of the primates and use it as an avatar on Twitter, many people will want the same. Owning one of the pieces becomes a status signal — especially when the value of the investment is so significant.

Most token projects offer some utility, be it access to games, cryptocurrency exchanges, among others. BAYC has created some mechanisms to generate interest, such as the Bored Ape Kennel Club, which allows you to “adopt” a digital dog with the same characteristics as Bored Apes.

A few months after the launch, in August, they released digital vials of mutant serum that, mixed with their monkey, created a Mutant Ape NFT — whose collection has exploded in recent months, reaching up to 15 ETH a piece, about R$ 202. thousand.

It is also worth mentioning the permission to commercially exploit the images of Bored Apes, corresponding to their NFTs, as one of the greatest benefits for the respective owners. In addition to being a great strategy to reinforce the brand and spread the idea.

The third and final point, perhaps the most relevant, is the community built around the collection. The brand organized meetings with the owners of the pieces in New York, Hong Kong and the United Kingdom. One of the events held in New York featured appearances by Chris Rock, Aziz Ansari and The Strokes.

How and where to buy a Bored Ape

the parts of Bored Ape Yatch Club are available on OpenSea — the leading non-fungible token platform. Transactions can be carried out through three blockchain networks: Ethereum, Polygon and Klaytn. Just register the digital wallet, among those supported by the platform. Currently, the cheapest piece for sale is priced at 88 ETH, which is currently worth more than BRL 1 million, even with the devaluation of the cryptocurrency market.