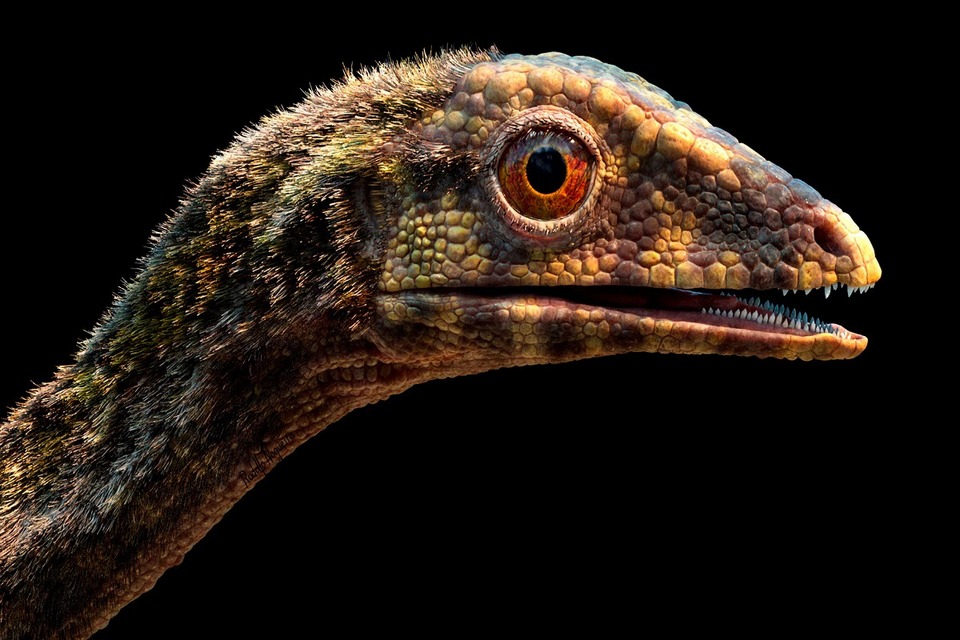 The first vertebrates to fly were pterosaurs, dominating the skies 150 million years ago. Although they reigned absolute above ground, their origin still remained hazy – now, it is known that these colossal wings are the evolution of a small terrestrial biped, the lagerpetid.

The fossil record of pterosaurs is full of gaps not yet filled – the Caelestiventus hanseni, its oldest known ancestor, dates back 220 million years and already exhibited all the requirements for flying.

In the 1980s, studies confirmed that these dinosaurs resembled birds: they flapped their wings (and not just glided) and walked on their hind legs. At the same time, the hypothesis arose that their closest relatives would be the lagerpetids. Everything fit the evolutionary tree, but there was no evidence to support this hypothesis.

They lived between 237 and 210 million years ago; its size varied between ten centimeters to one meter and its weight should not exceed five kilos. Its fossils are difficult to find (the majority, of later members) and are spread over Brazil, Argentina, USA and Madagascar.

“Lagerpetids are the closest known relatives, in evolutionary terms, to pterosaurs. Although they did not fly, they had some anatomical characteristics – in the jaw, brain, inner ear and teeth – similar to those of pterosaurs, “he told Pesquisa Fapesp magazine the study coordinator, paleontologist Max Langer, from the University of São Paulo (USP).

To reach this conclusion, the international team of paleontologists examined dozens of fossils around the world. The work is not new; over the past 15 years, five research groups from six countries and three continents have come together to try to fill in the gaps still open in the evolutionary history of the pterosaur.

The recent identification of skulls and forelimbs similar to those of pterosaurs spurred the revision of the family tree. The use of advanced techniques, such as micro-tomographic scanning (µCT) allowed to reconstruct the brain and the sensory systems of lagerpetids.

“Some of these delicate fossils were collected almost 80 years ago and, instead of cutting them destructively, we were able to carefully reconstruct the anatomy of the brain and inner ear of these animals,” said paleontologist Michelle Stocker of Virginia Tech University.

What made lagerpetids ancestral to pterosaurs was the required profile: small biped lizards that walked like birds, with the proportions of their slender limbs, as well as the shape of their backs, consistent with the body of a bird.

The researchers also used an approach known as systematic phylogenetics to determine relationships between all groups of organisms, including dinosaurs. 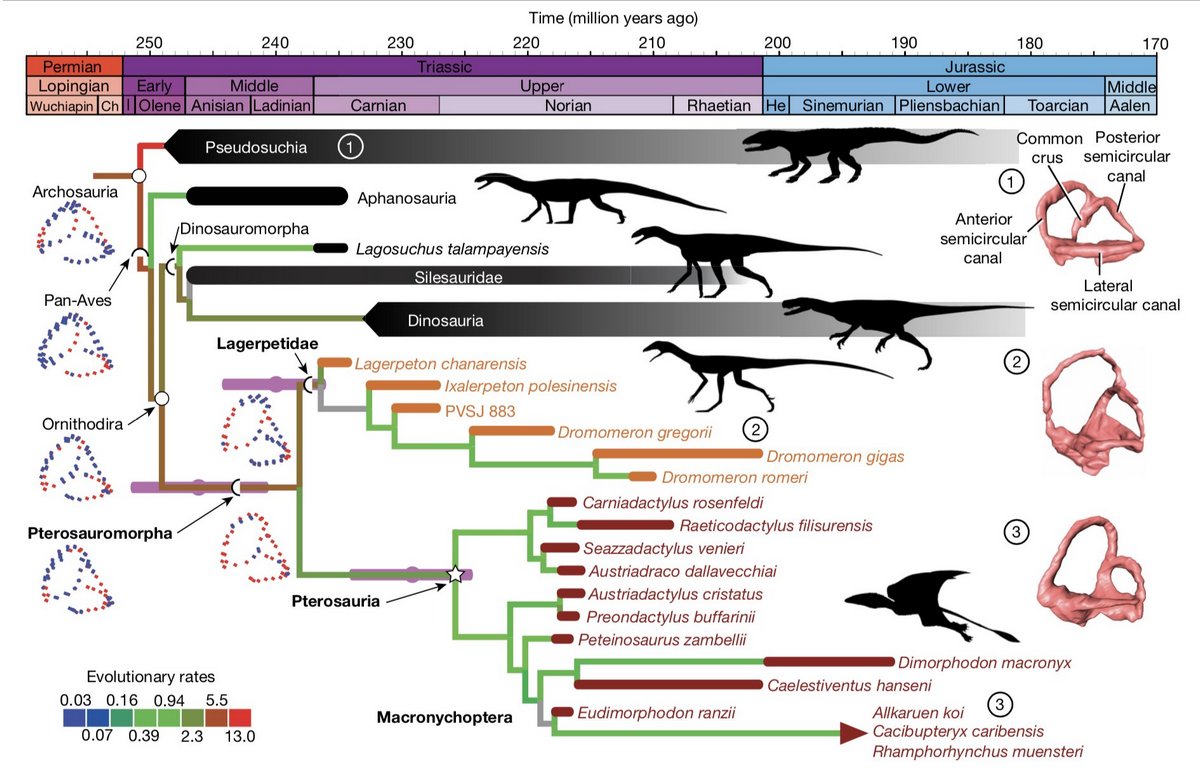 This technique looks for newly evolved characteristics among different organisms: those that evolved last appear in the most recently divergent forms and, therefore, are closer genetically.

Lagerpetids had long hand bones, a primordial adaptation to flight, and shared specific characteristics with pterosaurs, such as complex structures of their cranial box and inner ear.

“The results presented in this study fill many gaps in the evolutionary path that led a small terrestrial reptile to generate the first vertebrate capable of flying,” said paleontologist Kevin Padian.