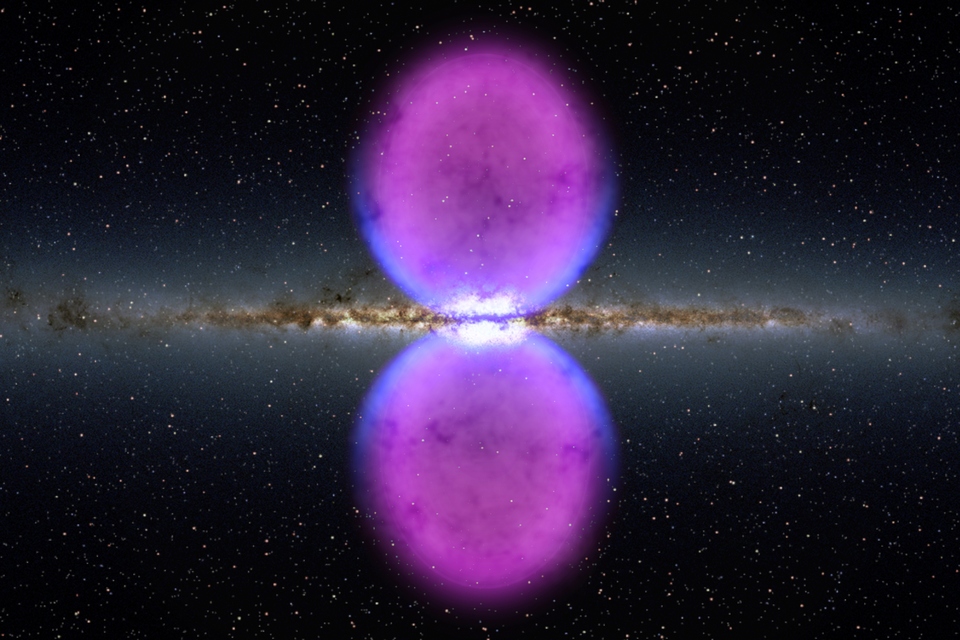 Two huge jets of gamma rays protrude from the center of the galactic plane, each spanning 25,000 light years. Discovered in 2010, Fermi bubbles have an unknown cause and their mystery has just increased: astronomers have found that inside them are clusters of cold molecular gas – the matter from which stars are made.

“We observed that there is not only hot gas coming from the center of our galaxy, but also cold gas – denser, heavier and slower. If it expels too much mass, the Milky Way may not be able to form stars,” said astrophysicist Naomi McClure- Griffiths, from the National University of Australia.

Origin in a black hole

The origin of Fermi bubbles is still a mystery. It was already known that they contained a mixture of different gases and cosmic rays, but the presence of high-speed clusters of cold molecular gas was a surprise – yet another question to be answered.

In the center of the Milky Way there is a bright and very compact astronomical radio source – what astronomers deduce to be a supermassive black hole – known as Sagittarius A * or just Sgr A *. This black hole is the main actor in the two explanations for Fermi’s bubbles.

In the first, it is assumed that millions of years ago, a cloud of molecular gas around the black hole produced Type II supernovae, which generated intense stellar winds (responsible for the shape of Fermi bubbles). The other explanation directly implies the singularity: it would have swallowed a star that, when it shattered, launched material over the horizon of events, propelling the jets of gases and cosmic rays.

While the options for explaining the origin of Fermi bubbles are quite good, the presence of the star-forming gas is still a question mark.

According to astrophysicists, the formation of stars in the past 50 million years may explain (but not completely) the volume of gas being expelled. However, previous models have shown that these clouds have a very short lifespan, and would probably not survive exposure to high acceleration and hot wind from the center of the galaxy.

Computational models also experimented with the mixture of cold and slow clouds with hot and fast winds, forming the fast-moving cooled gas, directly at the point where it is ejected. However, it was not yet possible to replicate the entire process.

Little is known about Fermi bubbles. Even though they are invisible to the naked eye, they emit gigantic amounts of gamma rays, generated mainly by electrons, which in turn produce neutrinos.

On Earth, the neutrino observatory at the Amundsen-Scott Station in Antarctica (the Neutrino Observatory IceCube) captured, in 2019, ten of these particles, endowed with immense energy, coming from Fermi bubbles.

One explanation puts protons colliding with each other and producing pions (particles that decay in gamma rays). Another speculates that high-energy electrons interact with the cosmic microwave background. A third speaks of shock waves at the outer edges of the bubbles using magnetic fields to propel particles rapidly. The answer to the formation of neutrinos has not yet been found.