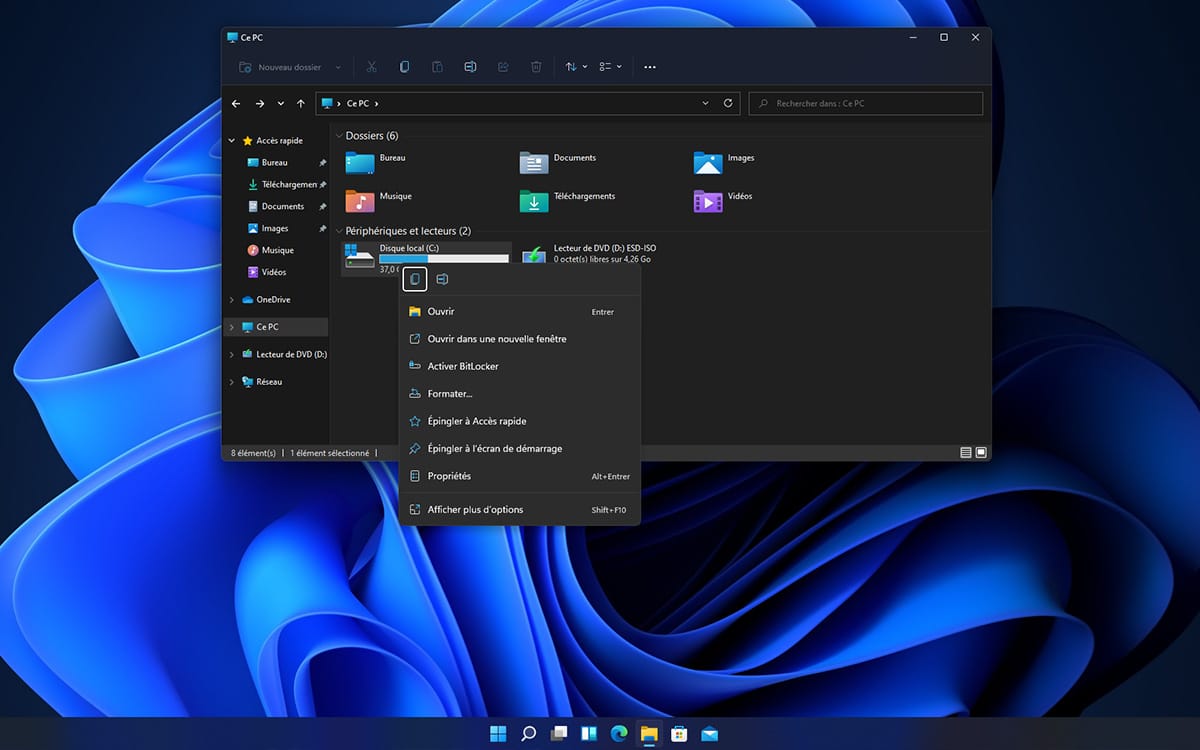 For the past few weeks, Windows 11 pre-releases have followed one another. Among the few novelties that have gone unnoticed, there is one that nevertheless deserves our attention. Clearer, more readable and more stable, the context menu has a new look. Here is in detail the changes made by Microsoft to the right click of Windows 11.

The new preview of Windows 11, which is numbered Build 22000.71 (KB5004252), has been available for download for a few days. This is accompanied bya new Widget called Entertainment, which allows you to view the latest films available on the Microsoft Store, which has also recently had a facelift.

If this option is not totally uninteresting, it does not offer anything really innovative and especially promotes the online store of Redmond. But among the other new features and the many fixes that we find in this new version of Windows 11, there is one that deserves our attention. It allows you to see how Microsoft is trying to improve the operating system context menu, the one accessed by a simple right click.

Now, in Windows 11, when you right-click on an Explorer icon, we have access to the most common shortcuts. The list may seem quite short compared to what you can usually find in Windows 7, 8 or 10, but it’s for a good cause. Because Microsoft has also added to the context menu a new feature called Show more options. From File Explorer and by clicking for example on the icon of a drive, you can access a whole series of shortcuts, which allow you to perform the following operations: 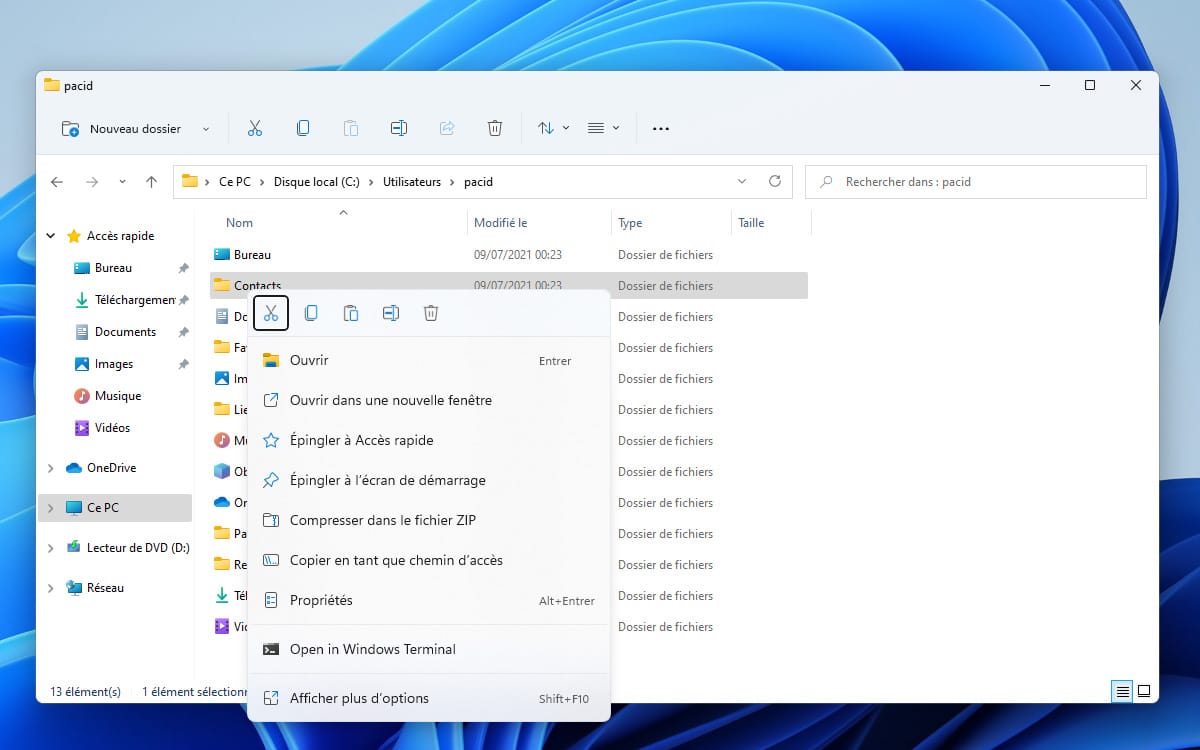 In fact, all of these options already existed in previous editions of Windows (since Windows 7), but they were displayed one above the other, directly in the context menu. Which made him quite confused in the end. Under Windows 11, the options available from the right button are much more discreet. Moreover, at the very top of this same pop-up window, small buttons also appear (as shown in the capture above). They allow you to delete, copy, paste or rename a file or a directory.

But this new Start menu layout also promises more stability. Until now, as the Windows Central site explains, adding new options to the context menu was simply impossible for the user. On the other hand, it couldn’t prevent third-party applications from installing shortcuts there, which tended to overload the menu in question, or even make it unstable. Splitting the context menu should give it more clarity and reliability, since the main menu will not change and it will not risk being “polluted” by third-party applications.

The improvement of File Explorer and operating system menus is certainly not finalized. Windows 11 being announced by Intel for October 2021, and by the main party (Microsoft) for the “end of the year”, the editor of Redmond still has time to polish its OS and add other features. . 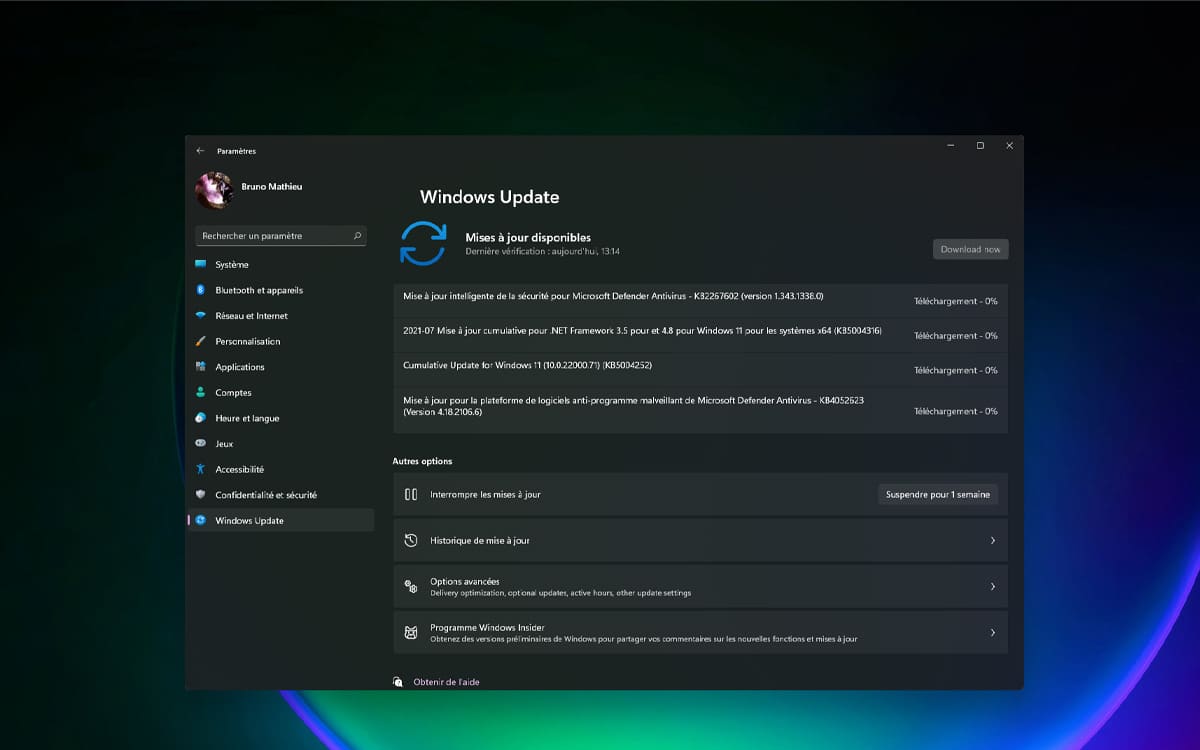 In the meantime, if you want to test the latest edition of Windows 11, remember that you just need to have a Windows 10 license and register for the free Windows Insider program. To access it, it’s very simple: open the module Settings, then click Update and security. In the left column, select the Windows Insider Program option, and click the Start button. You will then be asked to associate your Microsoft account with the Windows Insider program and restart the PC. You will finally find the update to Windows 11 by clicking on Settings > Update and security > Check for updates. Finally, make sure you’ve selected the Dev channel to take advantage of the most recent Windows 11 update.