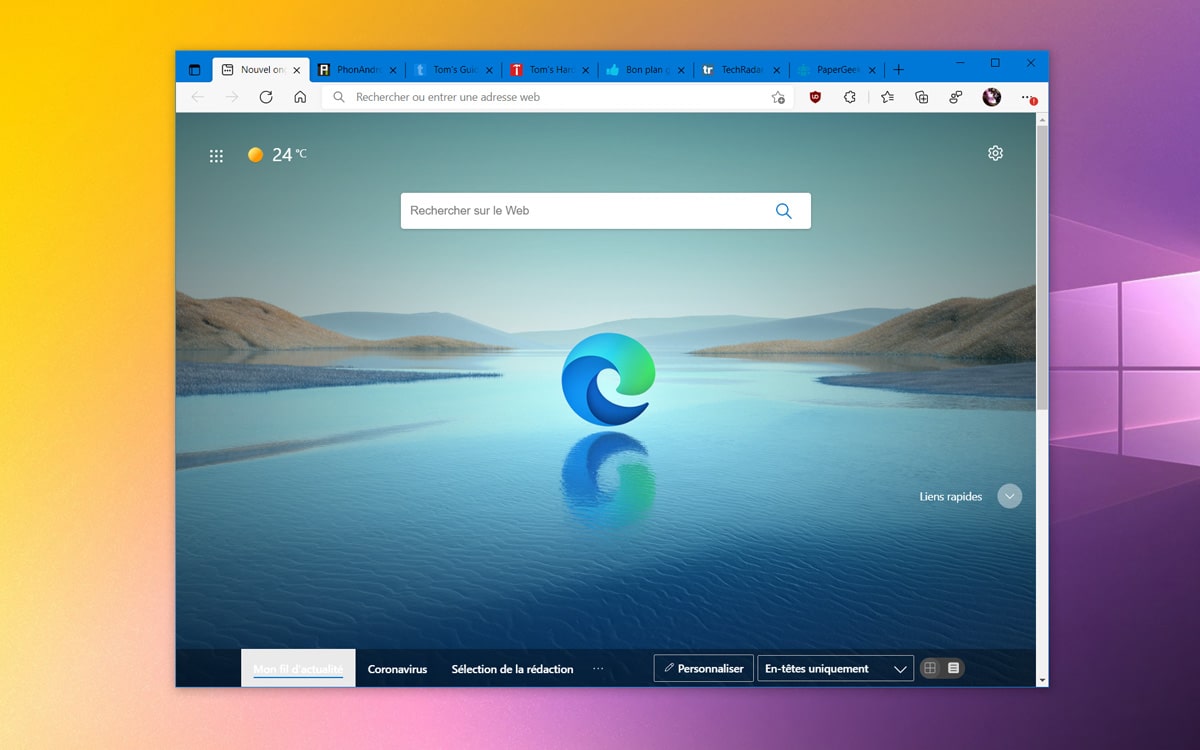 The future version of Microsoft Edge will allow unused tabs to be put to sleep less than a minute after a period of inactivity. It should thus allow you to gain in CPU and RAM resources. This function is already present in the Canary version of Edge, here is how to access and activate it.

Microsoft Edge is gaining momentum, and that’s probably not a coincidence. Based on Chromium, the browser benefits both from the installed base of PCs running Windows 10, but also from the Firefox debacle, which has lost 46 million users in 3 years. At the same time, the browser is really fast, user-friendly, secure and much easier to customize than the old edition of Microsoft Edge, which was not based on Chromium.

In short, Edge keeps improving, proof of this is the latest browser preview. If you’re the type to open a multitude of tabs in your browser, and especially never to close them, this new function of Microsoft Edge should interest you. Especially if your PC is not a thunderbolt, because depending on the number of tabs, the content of web pages (too much JavaScript kills JavaScript!), And other applications that run in the background, your computer can quickly run out of resources.

In its latest edition, Microsoft Edge browser literally “mutes” tabs you don’t use. However, the software does not close them, it simply pauses them. In order to reduce CPU and RAM usage, Redmond’s browser already offered a function to put tabs to sleep. But the activation time for this option was quite long (5 minutes in the best case).

With the new edition of Microsoft Edge, tabs you aren’t viewing pause faster. Thus, we go from five minutes to “less than a minute after a period of inactivity”. Suffice to say that the standby is immediate, or almost. This will save CPU and RAM resources, but also reduce the page you are viewing to row.

This option is available at the moment in the “Canary” edition of Microsoft Edge (version 94.0.973.0 at the time of this writing). To download it, click on the button below.

To activate the near-immediate standby function, then proceed as follows:

There you go, there’s no need to restart the browser. To conclude, note that it is also not necessary to uninstall the current version of Microsoft Edge. The standard edition and the Canary version (which is in fact a beta), can perfectly coexist on the same PC. Enough to get an idea of ​​what’s new in the browser, while waiting for the final edition to come out.