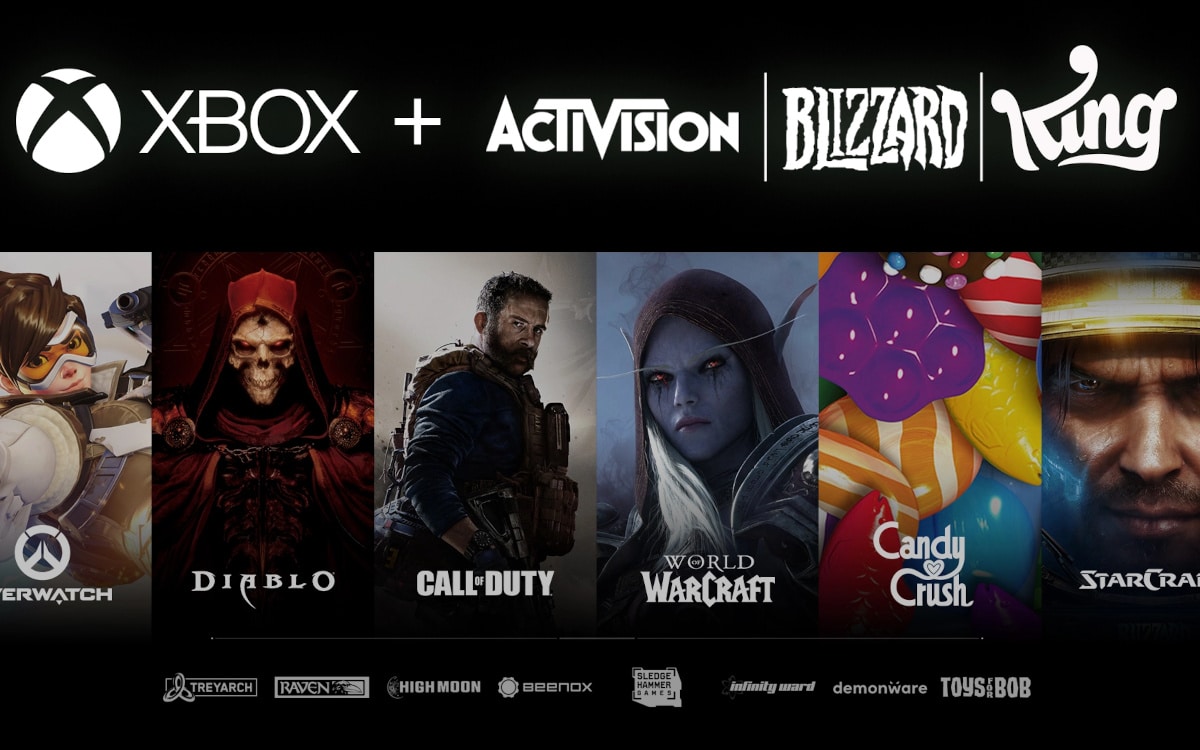 After Bethesda, Microsoft acquires another heavyweight in the video game industry. It is neither more nor less than Activision Blizzard. The amount of the transaction would amount to more than 68 billion dollars, or 60 billion euros. Very strong licenses thus join the Microsoft studios: Call of Duty, Diablo, Overwatch, World of Warcraft or even… Candy Crush!

It’s the surprise of the month of January! Microsoft announces the acquisition of one of the heavyweights of the video game industry: Activision-Blizzard. The information had first leaked on social networks before being quickly confirmed by the Redmond firm. The amount of the transaction has not been formalized at the time of writing these lines, but the American press, in particular Bloomberg, claims that Microsoft would have agreed to pay more than $68.7 billion for this purchase. Or just over 60 billion euros.

With Activision Blizzard, Microsoft completes the biggest takeover in its history

This is an amount that seems pharaonic, especially when compared to the purchase price of Bethesda Softworks and its parent company ZeniMax Media. As a reminder, Microsoft had bought the creators of Elder Scrolls and Fallout for the modest sum of 7.5 billion dollars. Activision-Blizzard will therefore cost 8 times more to Microsoft. This is obviously the highest buyout in the history of the Redmond firm. Its previous record was LinkedIn at $26.2 billion.

If this amount is confirmed, it could even be the largest merger-acquisition operation in the world of new technologies. This takeover can easily be compared to the merger between 21st Century Fox and the Disney group. In 2019, the last swallowed the first for an amount of €71.3 billion. The acquisition of Activision Blizzard could have as much impact for the world of video games as that of 21st Century Fox had for cinema and television.

It must be said that the bride is very beautiful. Activision-Blizzard is one of the largest video game publishers in the world. It has three divisions:

Then you have Blizzard who created some of the most popular licenses on PC: Warcraft, Starcraft, World of Warcraft, Overwatch, Heartstone or Diablo. And the last split counts King Digital Entertainment, the creator of Candy Crush Saga and many mobile games. The British studio has even started working on Activision’s licenses with Crash Bandicoot on the Run.

In his press release, Phil Spencer, the head of the Xbox branch of Microsoft, confirms that Activision-Blizzard will continue to operate independently until the agreement is validated. Once this step is taken, Microsoft’s new acquisition will report to Phil Spencer, as is already the case for all the studios already present in the Redmond group.

And like all the other studios, Activision Blizzard will bring its stone to the Xbox Game Pass by adding part of its current catalog and its future achievements. Some games will be exclusive. The others will be accessible “Day 1”, no doubt. It remains to be seen which licenses could become exclusive among those of Activision-Blizzard.