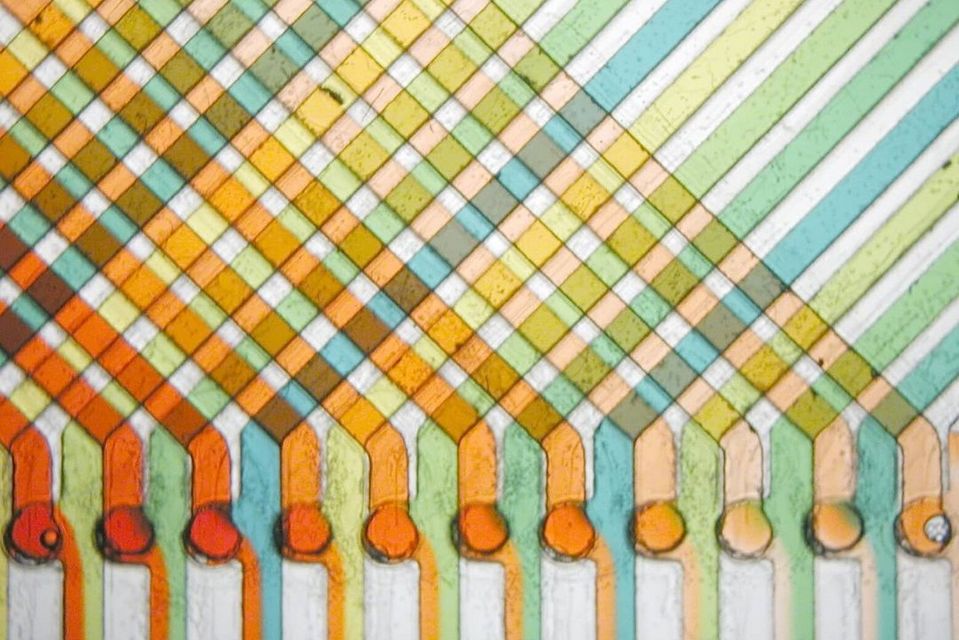 The microscope world is, by definition, one that arouses curiosity because it is under our nose and out of sight. But some of its effects can be prosaic and, even so, mesmerizing, like ink flowing through the wefts of a sheet of paper. This happens thanks to microfluidics.

According to physicist Albert Folch, a professor of bioengineering at the University of Washington, “unbeknownst to many people, she is everywhere and is critical to many of the things that make the modern world go round.”

Folch is fascinated by microfluidic systems; in an article for the website The Conversation, he gives vent to his passion – according to the physicist, microfluidics are revolutionizing fields as diverse as medicine and electronics, using a system used by nature for millions of years: the capillaries that carry blood through the animals’ bodies or nutrients throughout the length of the plants.

“On small scales, fluids behave in non-intuitive ways. Do not imagine the turbulent and chaotic flow coming out of a garden hose: in the restricted volumes of a microchannel, the flows are frighteningly stable, descending organized and in parallel – they are called laminar flows. They are one of the great wonders of microfluidic systems: fluids and particles follow mathematically predictable paths – a necessity for precision engineering and the design of medical devices, ”he says.

According to Folch, “microfluidic systems are any devices that process tiny amounts of liquids. Fluids travel through channels thinner than a hair, made of materials such as glass, polymers, paper or gels; tiny valves turn the flow on and off ”.

If the world of micro and nanotechnology is a reality with every launch of cell phones, satellites and human space missions, “as components get smaller, devices can count on the strange properties of liquids on tiny scales and operate with more speed and efficiency, they’re cheaper to manufacture, so the microfluidic revolution is quietly hitching a ride on its electronic counterpart, ”says Folch.

Among the most surprising advances are a device that “creates microfluidic traps that physically capture rare tumor cells from the blood”, and the so-called “chip organs”, which simulate the functioning of different parts of the body (such as the lungs and liver) in microscales.

“Researchers have developed OncoFluidics, a platform for testing cancer drugs more efficiently that will allow scientists to test new treatments in a way that does not involve harm, suffering and ethical issues associated with testing on animals or humans,” says Folch

In this system, “microfluidics are used to trap small samples of the tumor in several wells – one well per drug. This will allow us to more accurately predict how a drug will work for a specific tumor,” explains the physicist.

Albert Folch believes that this type of microfluidic device will become a piece of equipment in oncologists’ offices: “Imagine going to the appointment, having a biopsy and, in less than a week, the doctor finding out which cocktail of drugs works best to eliminate the tumor? This is still in the future, but what we know is that the future will be microfluidic ”.