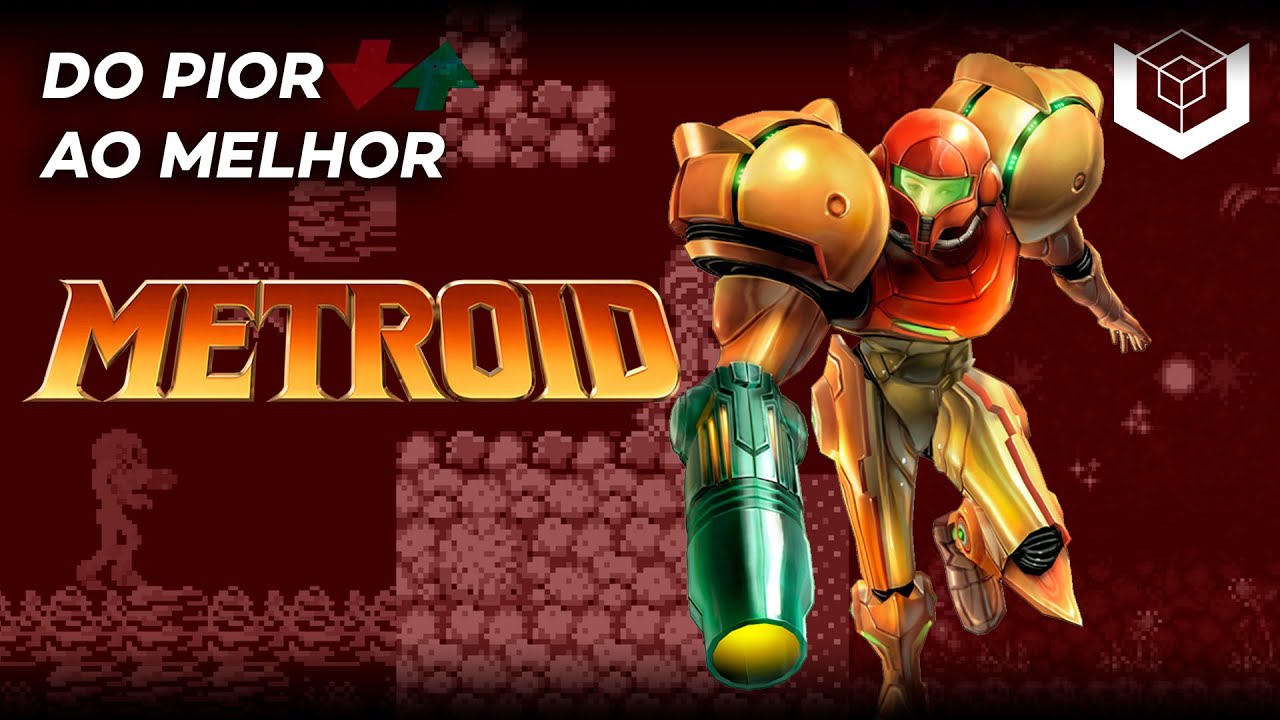 This all sums up one of Nintendo’s most beloved series that fans clamor to this day for an amazing new game. You asked, voted and here’s the one from Worst to Best in the franchise metroid. Here are our criteria, pay close attention:

Last place was the first game in the franchise. metroid, released in 1986, follows the trajectory of Samus Aran on the planet Zebes. She aims to recover the parasitic alien organisms called Metroid that were stolen by the Space Pirates, who plan to replicate them to assemble a powerful biological weapon and thus defeat everyone who gets in their way.

The game was one of the ones that ended up naming the Metroidvania sub-genre, which consists of a sidescrolling vision and world connected with various obstacles that can be overcome with the player gaining powers, abilities or weapons. There are 7 powers that the player can use to fly, attack or turn a ball.

Analysts liked the big world to explore, the special abilities and the plot twist at the end, but the game was criticized for the lack of a map, which left players confused, the limited visuals and griding. Your grade is 67.

In fifth place we have the second game in the series. Metroid II: Return of Samus, released in 1991, follows bounty hunter Samus Aran on her quest to wipe out the Metroids on her home planet before the Space Pirates get them back.

Structurally, the game is the same footprint as the previous one, with the difference of Game Boy limitations, but it brings some new features, like two weapons that are Spazer Laser Beam and Plasma Beam, but the player can only use one of them at a time. , and a new outfit, Space Jump.

The game was considered a milestone for handhelds and approximately 1.5 million copies were sold. The game was praised for its level design, replay value and small new features. Some criticized the difficulty of it and the visuals on the Game Boy, which lowered its rating to 79.

Before we continue, it is worth mentioning that in 2017, a remake called Metroid: Samus Returns was released for the Nintendo 3DS system, which brings several new features such as improved controls, modernized visuals, new gameplay features and unprecedented abilities in the 2D titles of the series. Out of curiosity, the grade for this new version is 90. 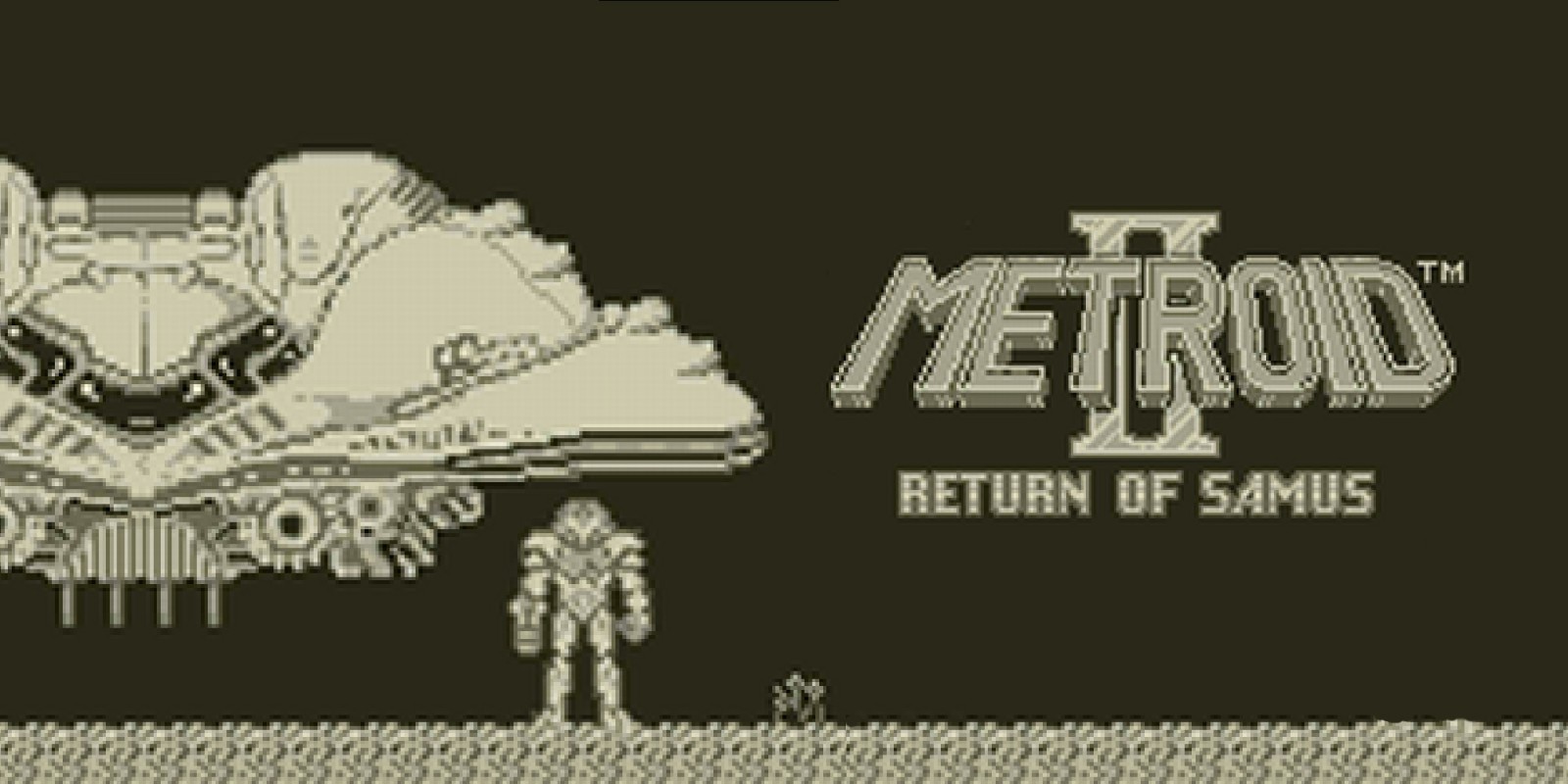 Also in fifth place, we have Metroid: Other M, released in 2010. This time, our protagonist Samus Aran is investigating a distress signal coming from an abandoned space station called the Bottle Ship along with a platoon of the Galactic Federation.

It’s a three-dimensional action-adventure platformer, but by pointing the Wii controller at the screen, the view changes to first person, movement is locked, and the player can shoot at opponents. Still in the beating part, this is the first title in the franchise to have hand-to-hand combat. Finishing the game, Theater Mode is released, which is like a 2 hour movie that mixes cutscenes with gameplay parts recorded by the developers.

The game was well praised for its great combat, challenging boss fights, responsive and unique controls, beautiful environments and hidden items, but it was criticized for the unskipable cutscenes, low resolution textures, and its linearity and for its history and dialogues. Your grade is 79. 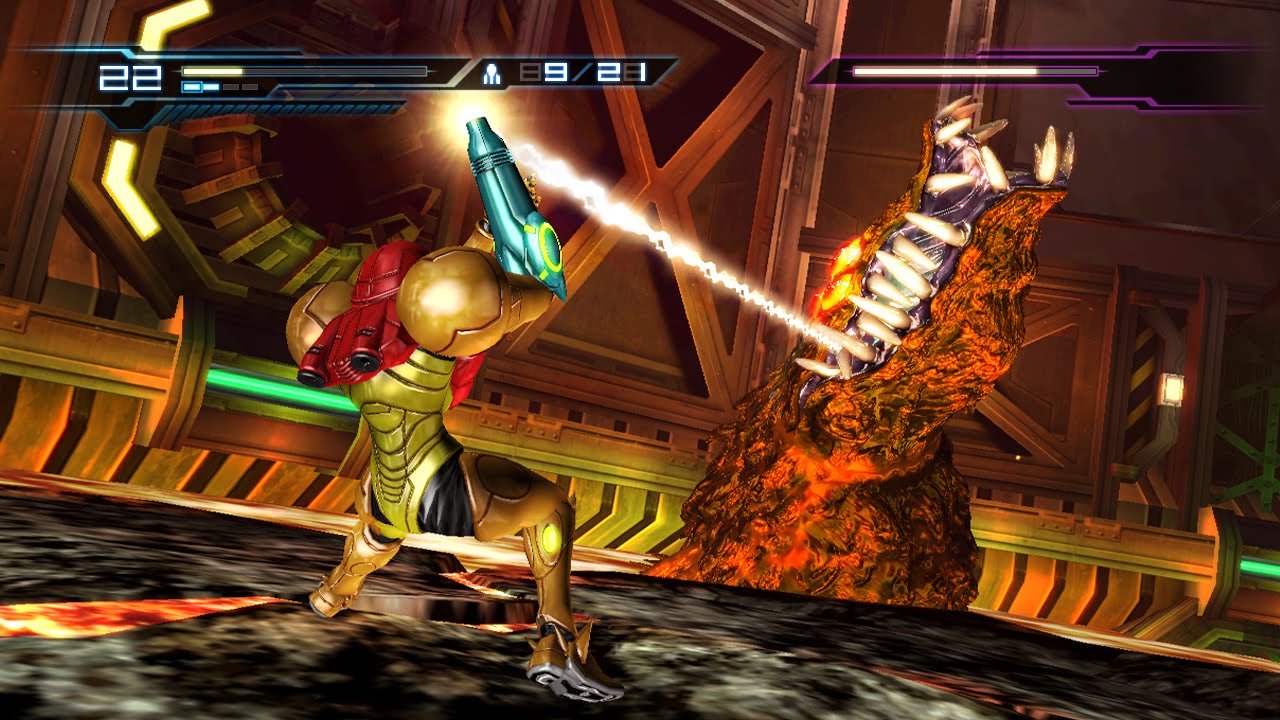 Metroid Prime Hunters, released in 2006 for the Nintendo DS, follows Nintendo’s favorite bounty hunter investigating the Alimbic Cluster after the Galactic Federation receives a telepathic message. There, she ends up bumping into six other bounty hunters and the stuff goes crazy.

Following the line of games Metroid Prime, Hunters is first person, but removes the aiming assist and focuses more on the action. The player will be able to shoot at opponents, scan objects and use special abilities to go through the most diverse obstacles on the way.

The game has a multiplayer mode with support for 4 players that even has voice chat. In it, the player can control Samus or one of the other 6 bounty hunters that appear in singleplayer mode and the match host can make various customizations.

For analysts, the game has surprisingly fluid combat, precise controls, lots of multiplayer options, great presentation, amazing visuals, a large number of cutscenes and left-handed-friendly control options, but its level design is limited and linear, the bosses are repetitive and multiplayer against random players is limited to battle mode. Your grade is 85.

Metroid Prime 3: Corruption was released in 2007 for the Wii and its story takes place six months after the events of Metroid Prime 2: Echoes, accompanying Samus in a clash with the Space Pirates, who have sent an attack on the Galactic Federation base located in Norion.

The game, which is an FPS that involves several platform parts and puzzles to be solved, brings some new features to the Prime formula, such as Hypermode, which allows the protagonist to use stronger attacks, and the ability to control her Gunship.

While the Nintendo Wii motion controller is for jumping, aiming and shooting, the Nunchuck moves the character and locks the crosshairs. This was the first game in the franchise to come out to the console and the creation of the control scheme took a year, which caused several delays of the title.

Analysts praised the puzzles that involve the environments, the boss battles that require the player to use all available mechanics, the atmosphere of the levels that is amazing, the controls that completely change the way of playing an FPS and the various gameplay elements that blend together perfectly. The criticism was for the few changes compared to its predecessors and some control mechanics that were confusing. Your grade is 90. 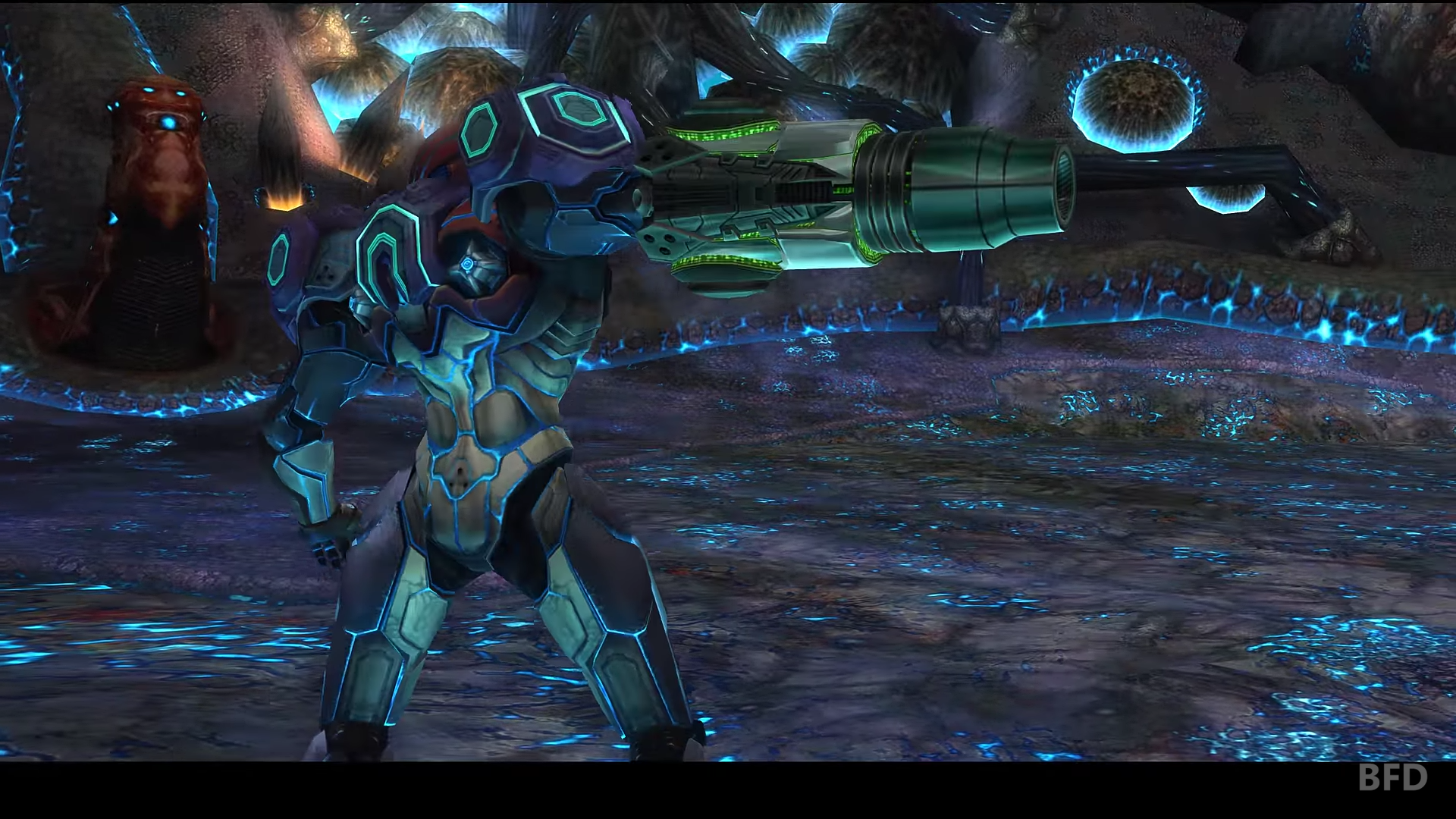 Released in 2002 for the Game Boy Advance, Metroid Fusion follows our beloved protagonist, bounty hunter Samus Aran, who is investigating a space station that is infected with viruses called X parasites, which even infected Samus.

The game follows the classic scheme of the franchise, with a side-scrolling vision focused on platforming, exploration and shooting everywhere. Because of its heavier focus on storytelling, the game is far more linear than its predecessors. Instead of leaving players lost, Navigation Rooms have been introduced, which indicate where they should go.

The game was praised for its visuals, great gameplay and incredible sounds, but the main criticism was for its short duration, which is between 10 and 12 hours. Your grade is 92. 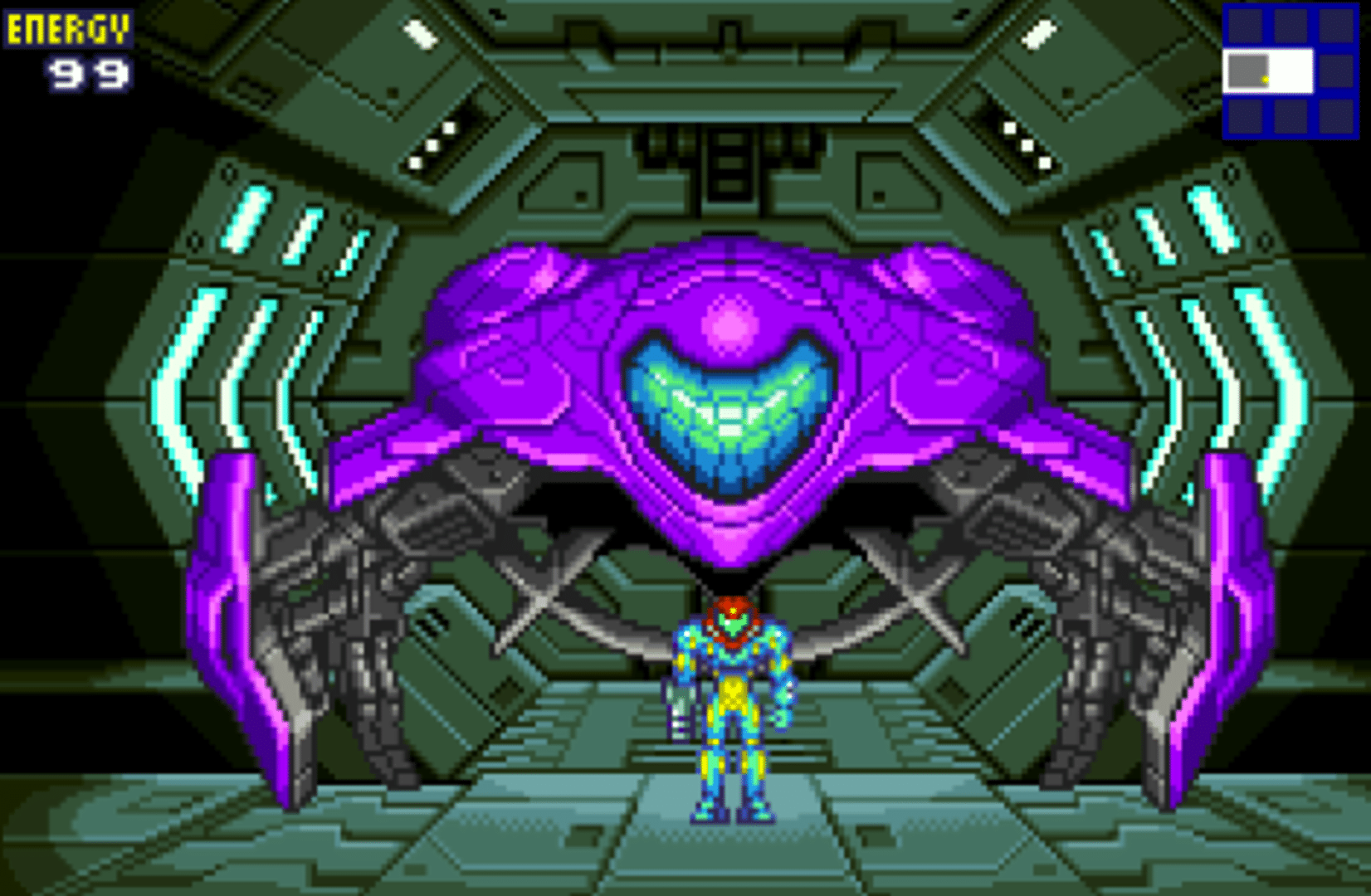 Who also came in second was Metroid Prime 2: Echoes, released in 2004. This time, Samus is sent to rescue some Galactic Federation marines from a spaceship near Aether, a planet inhabited by a race called the Luminoth.

Mixing puzzles, platform parts and first person shooter, the game has two dimensions, the Light Aether and the Dark Aether, which are different from each other, but the events of one affect the other. In Dark, there are Safe Zones that make the protagonist regenerate her life.

The game also has a multiplayer for up to 4 players facing each other on a splitscreen. There are 6 arenas available and two modes: Deathmatch, in which the player who kills the most enemies wins, and Bounty, which focuses on collecting coins that injured opponents drop.

Among the accolades the game has received are the elaborate story that is consistent with the environment, the long runtime of at least 20 hours, its beautiful visuals and its well-crafted level design. The main criticism was for the high difficulty that gets to be merciless at times. He also got 92 points. 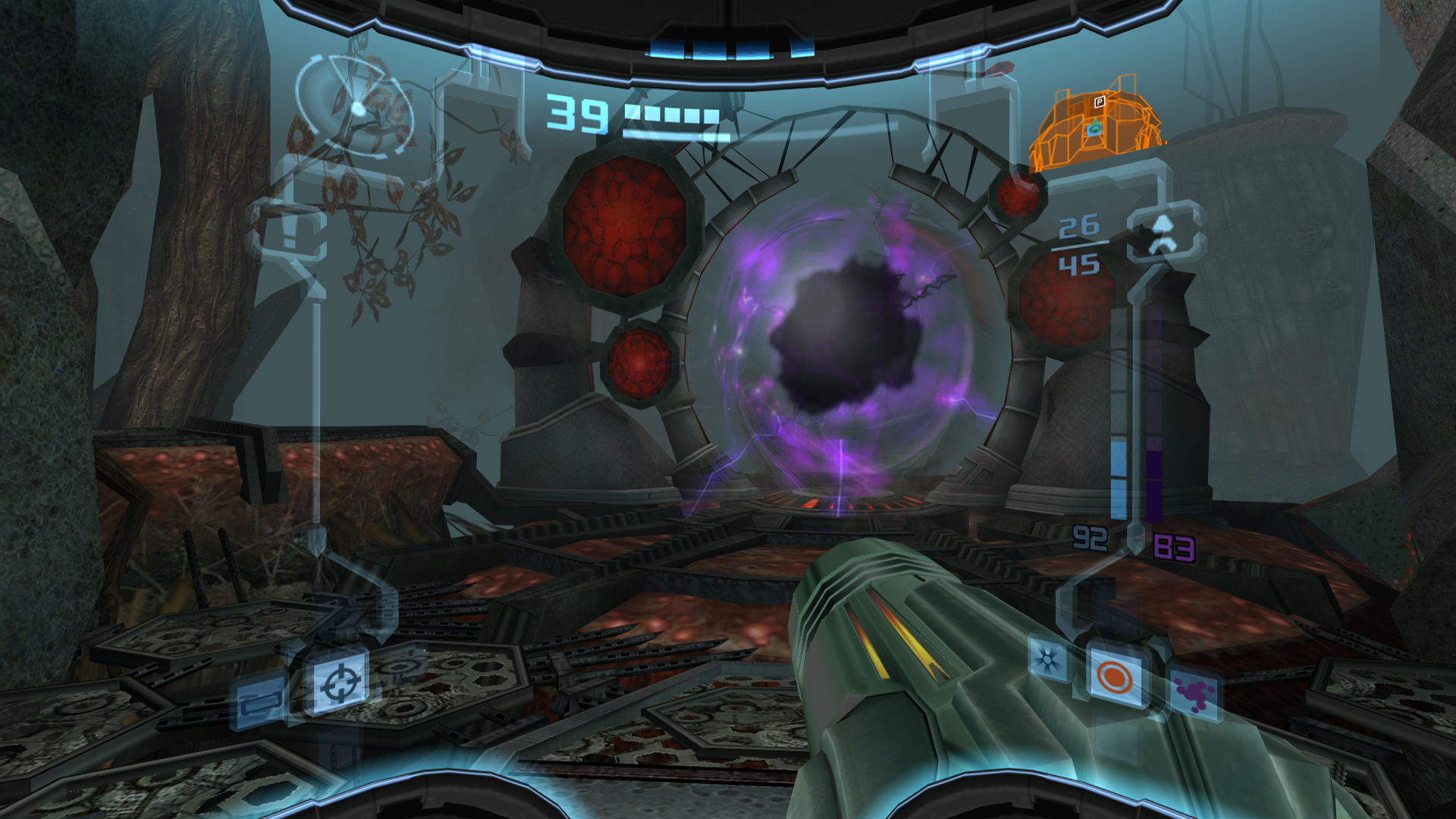 And we have more draws, now at the top of the podium. First we have Super Metroid, released in 1994. It is the third main game in the franchise and follows our protagonist who has as a mission to face the Space Pirates, led by Ridley, and recover a small Metroid creature stolen by them.

The game follows the Metroidvania formula structured in the two previous titles in the series, but adds several new features, such as an inventory screen, a map and the possibility to shoot in all directions. The title also has 3 endings that are defined according to the time it takes the player to zero, the best being obtained by finishing the game in less than 3 hours.

The game was a critical success, being praised for its wonderful graphics, its top tier sound, its easy to learn and responsive controls, its very large amount of weapons and items, its immersive atmosphere and so on. Some said it arrived at the wrong time due to the console’s end of life, but it sold nearly 1.5 million copies and took 97th grade. 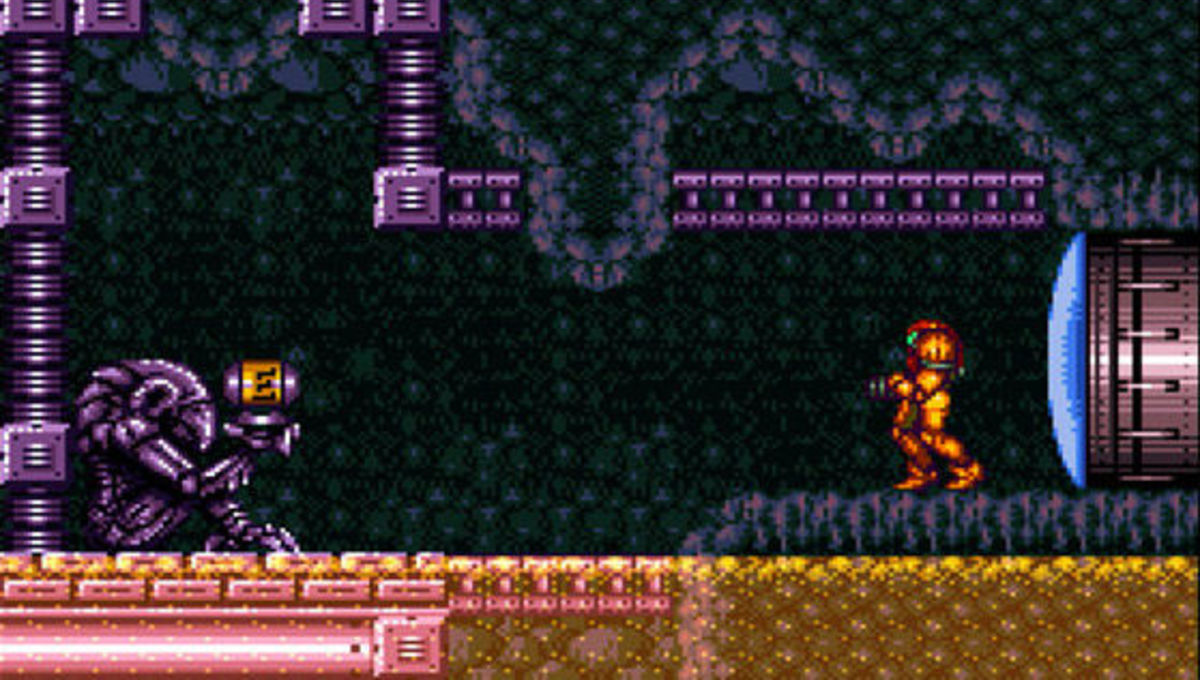 And also in first place we have the title that gave a strong twist to the franchise. Metroid Prime arrived in 2002 for the GameCube and not only changed the game’s vision from side-scrolling to first person, it was the first in the franchise to use 3D technology.

Its story takes place between the first and second games in the series and follows bounty hunter Samus Aran battling the Space Pirates and their biological experiments on the planet Tallon IV.

As the game changed a lot, it was to be expected that the gameplay would also change. Even though it’s a first person shooter, the bullet doesn’t eat all the time. There are several platform parts and puzzles that the player must pass to advance in the story. For players who find certain parts tricky, there is a hint system that gives clues as to how to progress through the title. 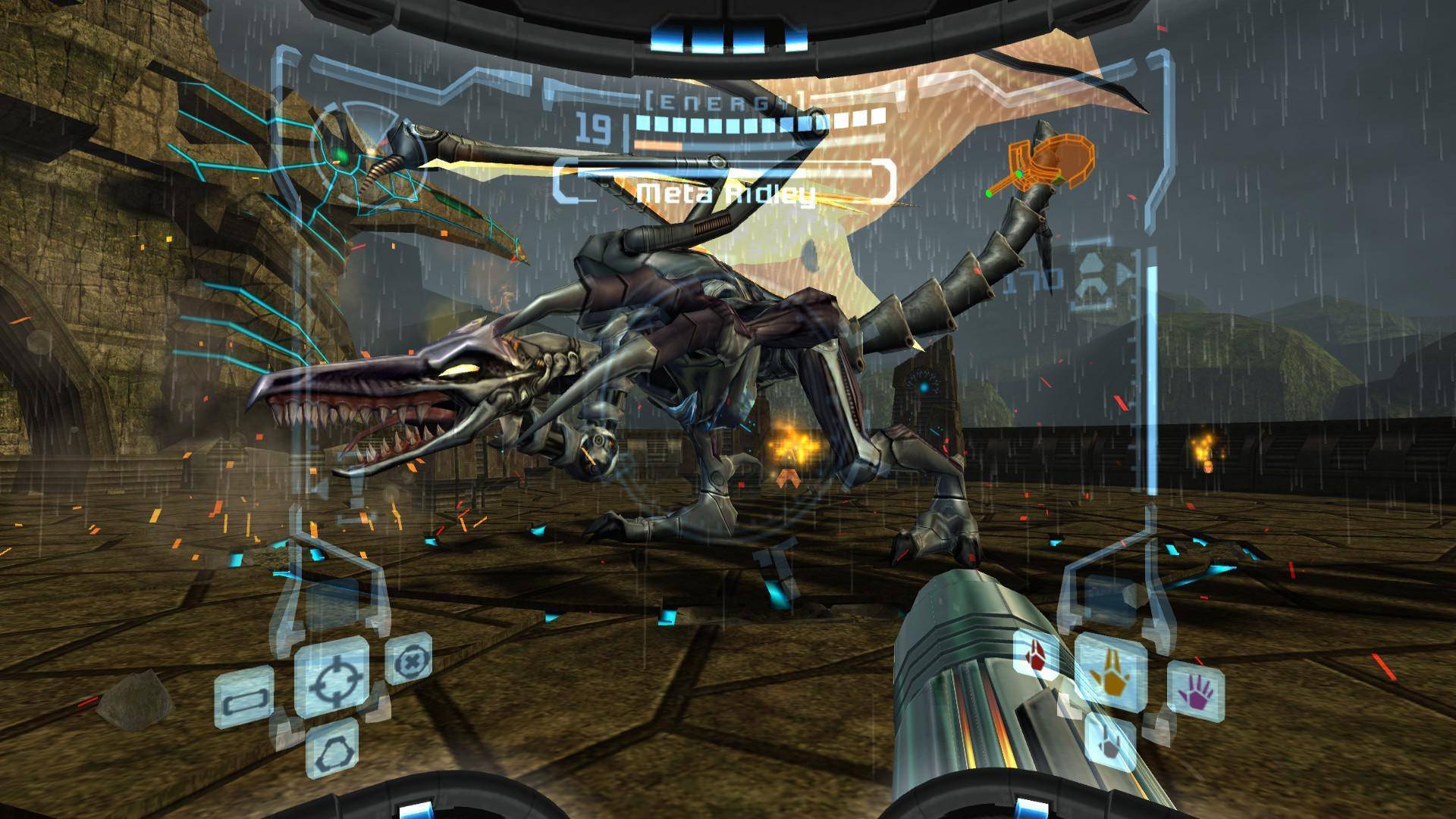 The game was a complete sales success, selling over 2 million units, and critical. Graphics, special effects, varied environments, soundtrack, innovative gameplay focused on exploration, level design and the list goes on. The criticism was for the lack of focus on the story, the unconventional control scheme and the repetitive backtracking. This did not affect its status and the game got a 97th note.

It’s for you? Which one is the best metroid of the franchise? Leave your list in the comments below!

1 thought on “Metroid: from worst to best, according to critics”