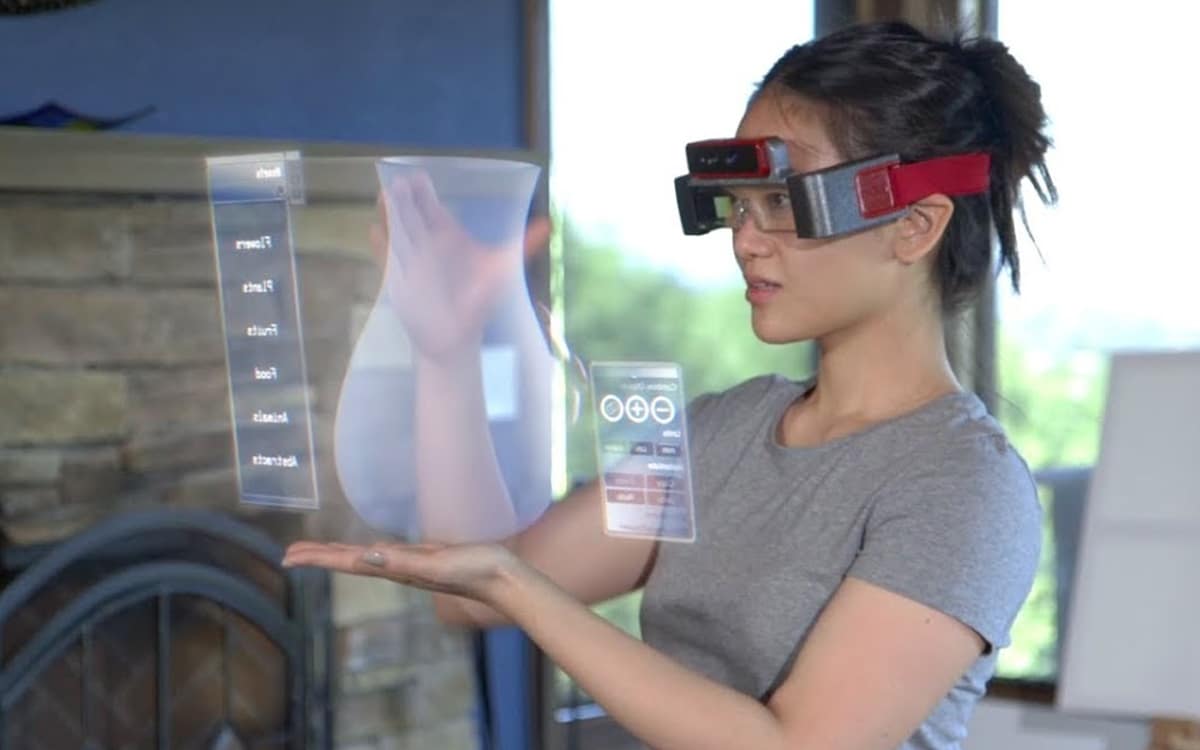 Meta is working on connected glasses dedicated to augmented reality. Expected in the course of 2024, these Apple Glass-style glasses would help push the adoption of the metaverse among the general public. The group Californian has already developed a non-functional prototype of the accessory that looks like a pair of large dark glasses. We take stock of the progress of the project.

The metaverse, the digital world fantasized by Mark Zuckerberg, will not only be accessible through a virtual reality headset. To appeal to the general public and offer new experiences, the metaverse also relies on augmented reality. This technology makes it possible to display 3D elements superimposed on reality. For the moment, these augmented reality experiences are accessible on smartphones via the camera.

For further, Meta is working on connected glasses capable of displaying elements in augmented reality. According to our colleagues from The Verge, this AR (Augmented Reality) glasses project would see the light of day in the course of 2024. Internally, the company refers to the project as “Nazare”. A second version, more refined and sophisticated, is already planned for 2026. The third iteration is already planned for 2028.

With its own connected glasses, Meta wants to free itself from Apple and Google

Many other players are currently working on a similar project. This is particularly the case of Apple. According to the latest information on the web, the “Apple Glass” connected glasses would be launched in 2025, after the brand’s virtual reality headset. For its part, Google would also be working on new AR glasses to make up for the bitter failure of Google Glass.

Thanks to its own connected glasses, Mark Zuckerberg’s group seeks to break free from the hardware of other digital giants. To work, however, the first version of Meta’s glasses would need a companion terminal to provide computing power for AR experiences. Rather than linking the glasses to an Android smartphone or an iPhone, Meta would have developed a “Wireless device in the shape of a telephone that takes care of the computer calculations necessary for the operation of the glasses”.

In the same vein, Meta is currently developing its own operating system to equip his glasses. The American group would have abandoned the idea of ​​an OS based on the kernel of Fuchsia, the operating system which aims to replace Android in the years to come. The company would instead rely on AOSP (Android Open Source Project), the open source version of Android, to complete its project within the given time frame.

On the same theme: Facebook would attack the Apple Watch with a connected watch in 2022

A first prototype of the Meta glasses has been built

On the design side, the first non-functional prototype would look like a pair of big black glasses whose weight reaches 100 grams (4 times heavier than ordinary glasses). The display would be entrusted to micro-LED screens. Integrated sensors will track the wearer’s gaze.

The Verge also evokes the presence of a front camera (to record videos and take photos) and speakers housed in the frames, like the Frames glasses from Bose. We imagine that Meta could notably use bone conduction to diffuse sound.

To power the device, Meta would have asked its Asian partners to produce dedicated chips. For the moment, the glasses still seem to be in an embryonic state. The Verge states that a “a stationary demonstration” placed on a desk was developed by the engineers of Mark Zuckerberg. However, this prototype is not yet able to function.

Once completed, Meta’s glasses would notably allow communicate with 3D holograms representing your contacts. According to Mark Zuckerberg, the accessory aims to offer immersive video calls, very different from current 2D video calls. The engine would be focused on communication between users of the metaverse.

The founder of Meta (ex-Facebook) has very high ambitions for the project. According to an employee interviewed by The Verge, Mark Zuckerberg wants the launch of “Meta Glass” to be as iconic as the presentation of the first iPhone.

To reach a wide audience, Meta would also work on a less ambitious version of the glasses : Hypernova. Connected to a smartphone, they would simply display notifications and the route to a place in AR. Thanks to a wide range of devices of this ilk, “Meta hopes to sell tens of millions of smart glasses by the end of this decade”said Alex Himel, head of augmented reality at Meta.