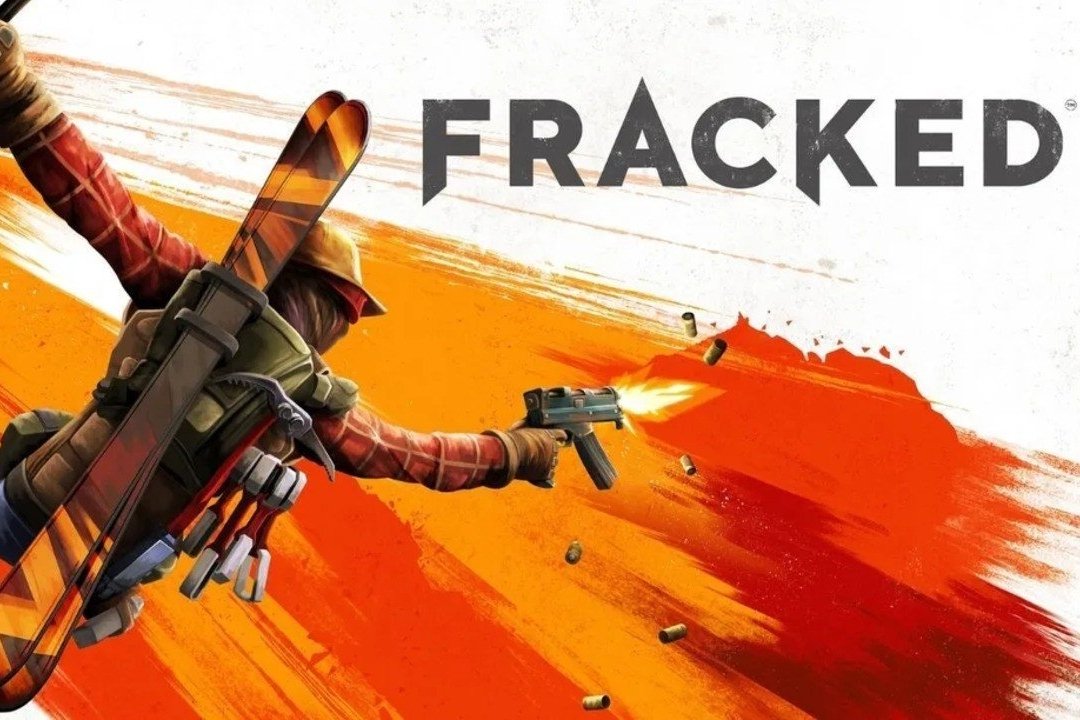 You might not know nDreams, developer of Phantom: Covert Ops (a stealth VR game in a kayak that was highly acclaimed by the VR audience), but the dev has been making high quality virtual reality games lately, including their new venture, Fracked.

If you don’t follow a lot of news of titles like this, this is one of the most awaited VR games of 2021 for its proposal: an immersive shooter with a focus on 360 level design and exploration – while the guns don’t stop shooting for a minute – that mixes non-stop action and ski levels.

Recently, Voxel got a chance to talk to the developers of Fracked and we bring you a little more information about the game, which is styled to emulate an 80s action movie. Check it out!

Fracked is a game about locomotion and interaction (and weapons, of course)

If you see a single Fracked gameplay trailer, you’ll see that the action and movement never stop. The action is easy to distinguish, but the producer said there are more than 120 ways to walk around the map: abseiling ropes, skiing, jumping and more. It may seem like perfume to someone who has never played in VR, but having so many ways to act in virtual reality makes all the difference.

According to the developers, players can move and interact with the scene in 360, which means: crouching for cover from front shots doesn’t preclude you from turning around to defeat enemies on the flanks or rear. And, most important of all, the objects are very interactive, as described by nDreams.

nDreams commented that they put a lot of effort into creating interactive sections, which involve puzzles, bridges, machinery and more to “integrate player interaction into meaningful gameplay,” explains dev.

You can lean on boxes while under attack, climb objects, throw items, and so on (or maybe even go skiing after jumping off a building). The idea is to bring the feel of an 80s action movie to the player.

No roller coasters: venture at your own pace

One of the techniques widely used in VR games is the famous “rollercoaster gameplay”, which combines flashy elements and a lot of visual immersion, but very little freedom for the player. In other words, the famous shooters on rails. In the early days of technology, it was fun to play this way (like Until Dawn: Rush of Blood), but the mechanics didn’t take long to get beat.

The good part is that nDreams saw the opportunity to get away from this VR game archetype (which was even used to some extent in Phantom: Covert Ops) to deliver levels in arena format. The producer did not comment on the duration of the game, but said it was “honest for the amount charged”.

in spite of Fracked not being an open world game (it’s still divided into chapters), players can explore and advance in whatever way they see fit: walking and interacting however they like. It may seem silly and trivial to praise in a game, but when it comes to VR it’s an important element in the fun factor.

And motion sickness? accessibility is everything

If you’ve ever played a virtual reality game, you may have come across the biggest enemy of fun: getting sick because of camera movement – ​​although beaten, shooters on rails tend to eliminate this problem. So what accessibility options Fracked brings? The developers have recognized that discomfort and seasickness can spoil a nice experience and have included accessibility options.

In case you’re not used to the continuous, uninterrupted walk in VR (the form that usually causes the most discomfort), nDreams has included many translocation options, such as smooth turns, field of view adjustment (a rare thing to see in reality games virtual) and several other details.

Yes, you may have noticed that there is no teleport option. While it’s the best mechanic for avoiding motion sickness, it’s also the one that takes the most immersion out of gameplay. Due to the proposal of Fracked, which involves exploring and interacting with different ways of getting around in a more immersive way, the option could spoil the experience.

And, because of that, there are many accessibility points in the game. The good part is that you can test the ideal way for your game play in the options menu, without having to constantly enter and exit the campaign to see the changes.

Although the current PSVR on the market is aimed at the PS4 and there are very few games that take advantage of the PS5’s improved hardware, Fracked luckily not one of them. If you already have the next-gen console in hand, there are benefits to playing there.

The developer told Voxel that loading times are shorter, there is no dynamic resolution acting on the gameplay (something that can even help with the comfort of playing in VR and mitigate the screen-door effect) and performance is also higher – another point that helps smooth out the experience and avoid discomfort.

Fracked was released exclusively for PSVR (PS4 and PS5) and is now available on the market. In case you’re curious, the game has a free demo on PSN!