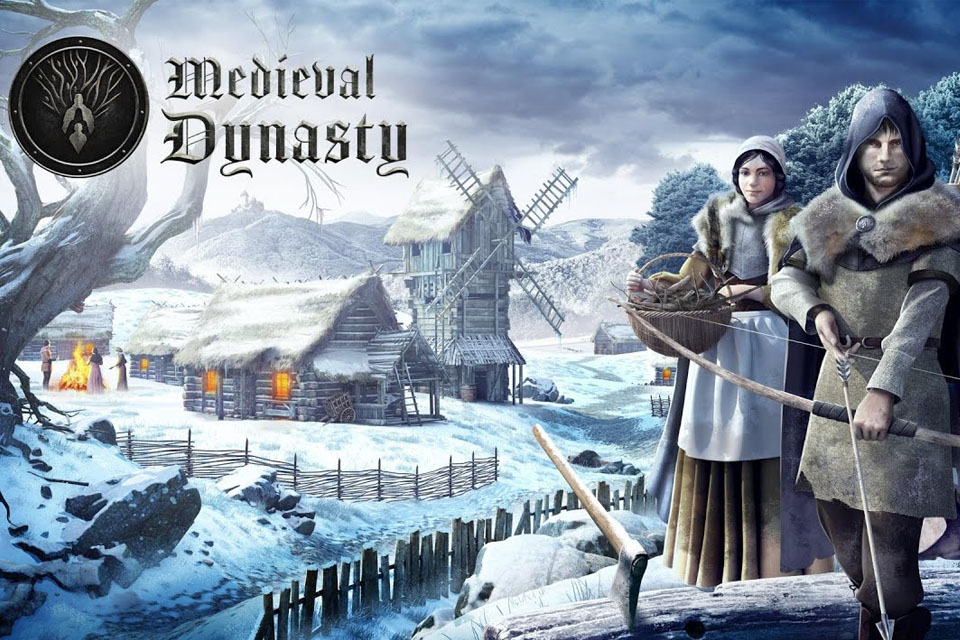 Against the world, games that bring together construction and elements of survival have gained more and more space in the market. I say this, because this genre demands time for gambling to provide a reality close to that presented. But with the speed of market launches and scarce time, is this a good formula?

In recent years we have had great precursors to the style, such as Ark: Survival Evolved, Rust and No Man’s Sky, each with its own background. A game that involved the medieval world was missing and it just emerged.

Medieval Dynasty came to Steam and has already conquered fans of the genre and this one that speaks to you. The title, which is in early access, has been produced by Toplitz Productions, which has already released Lumberjack’s Dynasty, Wild West Dynasty and Farmer’s Dynasty.

The Dinasty franchise won a son of weight and, if well taken care of, it has everything to be imposing and conquer the most inhospitable regions of the planet. You are the eldest son of a family decimated by the violence of the time and you are trying to live your life in a new region. A place where your uncle brought brilliance. Only he is also dead and has left no inheritance.

When you know that you are part of a lineage that brought prosperity to the area, all residents help you to move towards success. Your uncle left you just a gift. A wooden hammer to build your home and start the largest dynasty ever seen in history. Medieval Dynasty drinks directly from a well-known source of survival games, the well-known Fallout 3. The game design follows the premise of that found in Bethesda’s excellent title, which enchanted by facilitating the complexity of an RPG game.

Commands, maps, directions and forms of conversation are totally linked to the post-apocalyptic game, but with a big difference: the plot and narrative are extremely poor. They urgently need to be redesigned.

One of the pillars of the success of the Fallout series is found in history and unfortunately this has not been well worked out in Medieval Dynasty. The impression it gives is that it was simply put to play an unusual role. Conversations are shallow, not very illustrative, and boring. 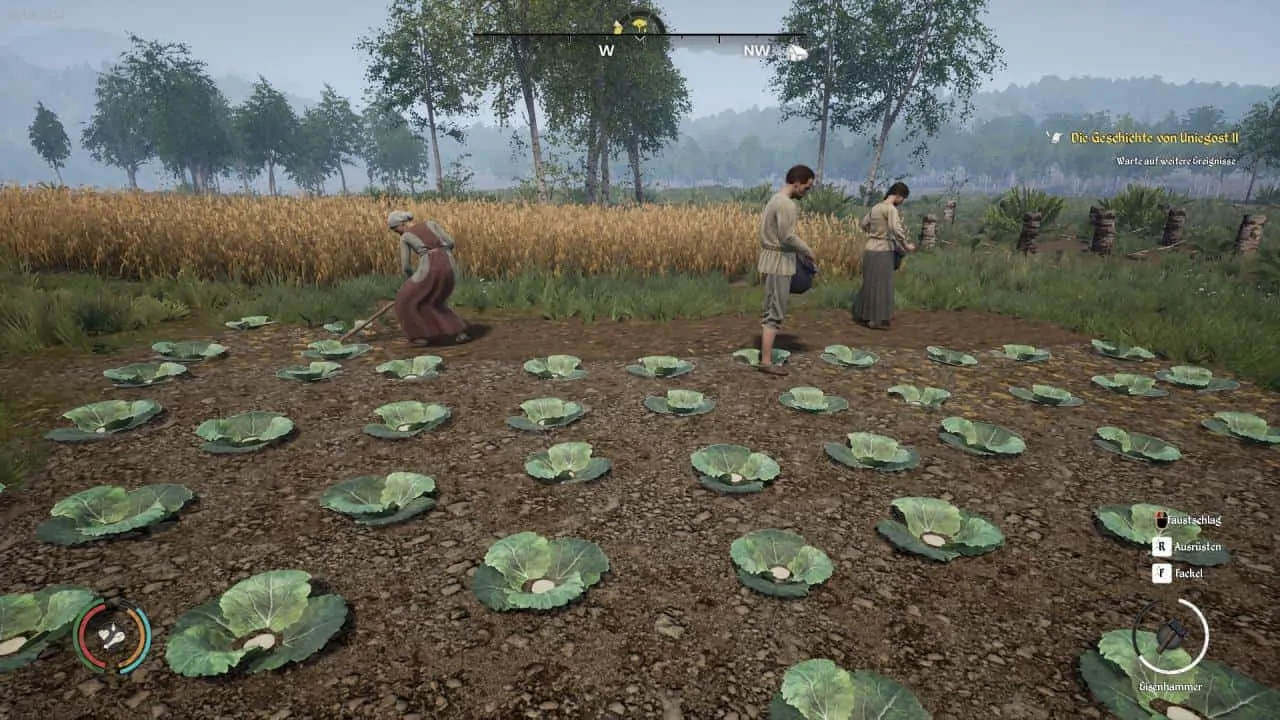 This reflects directly on the side quests, which become repetitive with just over 8 hours of play. It lacked creativity to involve everything that is good in the game, which by the way, has innumerable qualities in other aspects.

Pleasant look and lots of patience

As much as it is still complicated to play in 4k, due to the FPS drops, the game runs smoothly in 1080p and this is already a great merit. The foliage, the climate and the shadows are very well done. Let’s hope that the characters, clothes and items, such as knives, axes and hoes, get better. These points have few details and can be more polished. We have the impression of having fun in a game of the new and old generation at the same time.

The craft system is simple, but costly to learn and develop. Get ready to cut a lot of wood and kill a lot of animals with the knife. This point also needs to be redone, as it can drive away many players who value the pace in an adventure. To get an idea, I only managed to build a bow and arrow after 7 hours of play.

But at the same time that the construction system comes close to simulation, it lacks a lot of tact. For example, you can build a house, but you don’t have enough experience (XP) to build a small wooden bench. This does not have much logic.

Other problems arise in the sale of items. You always trade products for a ridiculous amount. A knife can cost 60, 70 coins. If you are going to sell it, it will not exceed 10 coins. In many moments you will have the impression of being on a walk simulator. There is an urgent need to implement a rapid travel system. It takes you about 10 minutes walking to reach a side quest. In the meantime, it is necessary to eat and drink a lot of water in order not to starve.

The game mechanics are very pleasing. The controls work precisely, helping with actions and especially with constructions. The development system is complex for those who are not used to this type of game, but nothing more than the time to get used to it.

At many times it is difficult to understand what must be done in order to earn points necessary to unlock a technology. Take a good look at the options menu to understand right away what is the best way to develop your character.

Is the new dynasty coming?

Your big challenge in the game is to build a dynasty, but get ready. For this to happen you will have a lot of work ahead of you. In addition to having to build a large part of his settlement, he will have to find a good wife, who will help him with the chores of the house and especially in the collection of essential items for his survival. Finding people in other regions to be part of your troop will be essential to fight enemies and protect yourself from the evils of the time, especially from attacks by wild animals.

Medieval Dinasty it is a rough stone to be cut and has everything to be a great game of construction and survival in the medieval era. It has excellent requirements for transforming the historical context into an excellent immersion. However, it needs a lot of feedback, a lot of attention from the developers and a focus on the game, since it is still in early access.

“It looks like our dynasty is going to work out here”