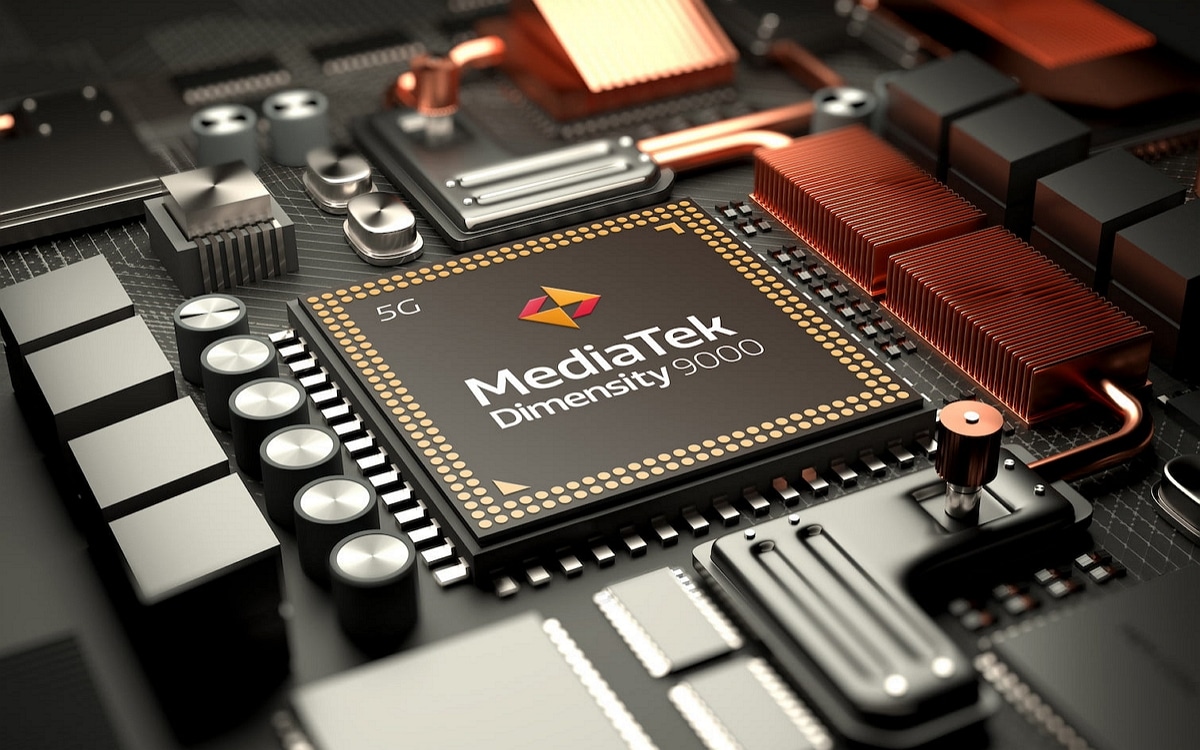 MediaTek has pulled the rug out from under Qualcomm by announcing the world’s first 4nm SoC, the Dimensity 9000. With its new high-end chip, MediaTek has once again proven itself capable of creating powerful SoCs that have the potential to shake the competition.

The Dimensity 9000 is not only MediaTek’s most powerful mobile processor yet. It is also the first, all chip manufacturers combined, to present a series of new technologies, including in particular an engraving in 4 nm, ARM v9 CPU cores that promise to be 30% faster than the previous generation, an ARM Mali-G710 GPU and the ability to manage LPDDR5X RAM that Samsung recently unveiled up to 7,500 Mbps.

MediaTek is relying heavily on its new chip, since according to Finbarr Moynihan, the company’s vice president of marketing, “ The Dimensity 9000 is expected to match the Apple A15 Bionic (which is built using 5nm etching) in multi-core benchmarks, and score over one million on AnTuTu for the first time “. As a reminder, the Snapdragon 888 found in most high-end smartphones of 2021 can achieve scores of around 800,000 points. While MediaTek is already the leader in processors for smartphones, this new SoC should allow the manufacturer to overshadow the competition.

In addition, while the Snapdragon 898 will be manufactured by Samsung with 4nm 4LPX engraving, we know that the MediaTek Dimensity 9000 is him. made by TSMC, which uses 4nm 4LPE engraving, newer and more efficient. MediaTek’s SoC would therefore be more powerful than Qualcomm’s, but it would also be more expensive to produce. We should therefore only find it in premium smartphones.

MediaTek’s new SoC can be used in the best smartphones on the market, since it supports WQHD + displays at 144 Hz or FHD + at 180 Hz as well as the HDR 10 Adaptive. It is also the first processor to decode 8K streams using the AV1 codec.

The chip also supports the new Bluetooth 5.3 standard, a first on mobile chips, and faster speeds with Wi-Fi 6E. Regarding cellular connectivity, the Dimensity 9000 does not use no built-in modem supporting 5G millimeter wave, but MediaTek announces the aggregation of 3CC carriers for 5G sub-6Hz, a first, with theoretical maximum speeds of up to 7 Gbps.

The Dimensity 9000 also supports the first 18-bit ISP, giving the chip the ability to capture 4K HDR video using up to three cameras at the same time, or photos using up to a massive 320 MP sensor. To date, no manufacturer has unveiled a sensor with so many megapixels, but it is known that smartphones will be equipped with the new 200 MP Samsung ISOCELL HP1 in 2022.

The first smartphones to use the chip will arrive at the end of the first quarter of 2022, and the first smartphone to use it could be the Redmi K50 Pro which will be released in China. It is now Qualcomm’s turn to present its next high-end SoC, and it should be unveiled at the Snapdragon Tech Summit to be held on November 30. For its part, Samsung will also soon lift the veil on its Exynos 2200 chip which will power the next Galaxy S22.