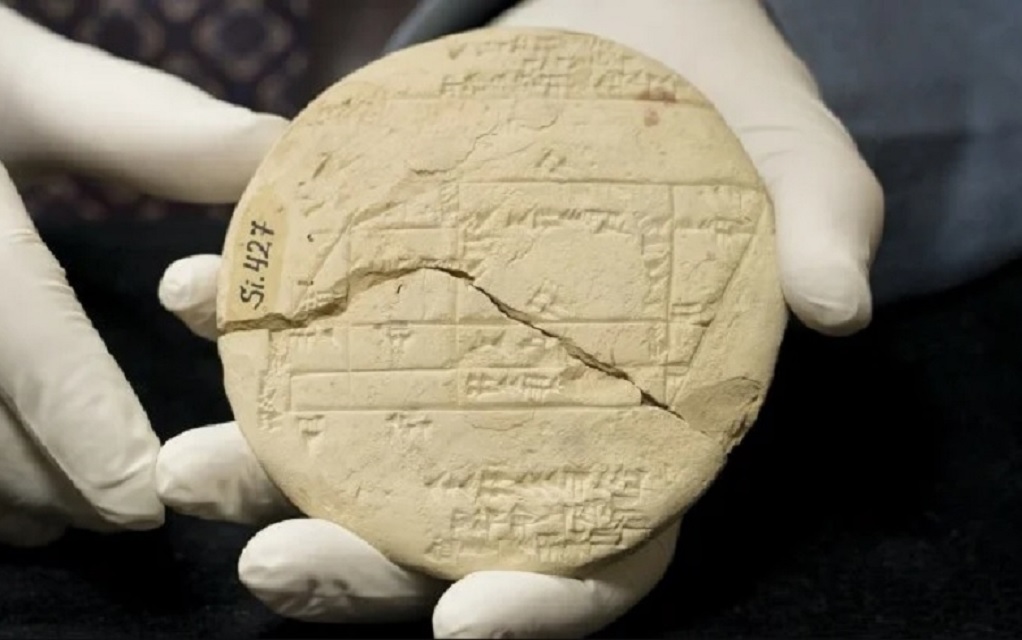 You’ve probably heard the term Babylonian temple. That’s because ancient civilization has been famous for great buildings since biblical times. Now, an Australian mathematician has revealed to the world what would be the oldest example of the use of geometry: a 3,700-year-old piece of clay that has geometric designs with measurements and calculations carved into its relief. And it came from Babylon, right before Pythagoras.

The mathematician Daniel Mansfield was not responsible for finding the piece, but for revealing it to humanity. Research leader based at the University of New South Wales (Australia), he discovered Si.427 – as the piece has been called – in an Istanbul museum. The artifact had been there for over a century, and they didn’t know what it was for. It was originally found on an 1894 French archaeological expedition.

The researcher Daniel Mansfield and his object of studySource:  UNSW Sydney

According to the research, the object is a hand tablet dated 1900-1600 BC, created by a surveyor from ancient Babylon, who wrote on it with a stylus. The part is the only document of the period type and is a plan used to define the boundaries of a land. In it, there are legal and geometric details about a field that was divided after part of it was sold.

“The sign comes from a period when land is starting to become private – people have started to think of land in terms of ‘my land and your land’, wanting to set a proper boundary for positive neighborhood relationships,” he explained. the researcher in a university statement about the research.

Change of Perspective in Mathematics

The piece is quite significant for mathematics, as the surveyor used in it what we know today as “Pythagorean trios” to make precise right angles. The detail is that he did this more than a thousand years before the existence of Pythagoras.

“The discovery and analysis of the tablet has important implications for the history of mathematics,” said Mansfield. “No one expected the Babylonians to be using the Pythagorean trios in this way,” said the researcher. 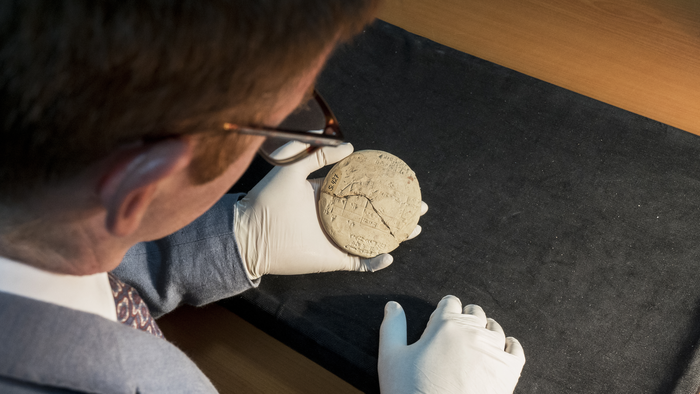 “The early surveyors who made the Si.427 used a variety of different Pythagorean triples, both as rectangles and right triangles, to build accurate right angles,” explained Mansfield.

In the video below (in English), Mansfield has more details on how the discovery was made.

In 2017, the researcher, practically a mathematical relic hunter, had also revealed what is now known as the Plimpton 322, a unique type of trigonometric table. “It is generally accepted that trigonometry – the branch of mathematics concerned with the study of triangles – was developed by the ancient Greeks who studied the night sky in the second century BC,” Mansfield said in the statement.

But the researcher believes that the Babylonians developed their own alternative ‘prototrigonometry’ to solve problems related to measuring the ground, not the sky. For the research team, the new tablet already existed before the Plimpton 322 and, probably, the problems raised by it must have inspired the creation of the Plimpton 322.

There is still a mystery that Dr. Mansfield has not been able to unravel: on the back of the sign, at the bottom, is written the sexagesimal number “25:29”, in large font.

“I can’t understand what these numbers mean – it’s an absolute enigma. I’m eager to discuss any clues with historians or mathematicians who might have a hunch as to what these numbers are trying to tell us,” concluded the researcher.

And you, imagine what these numbers can mean?