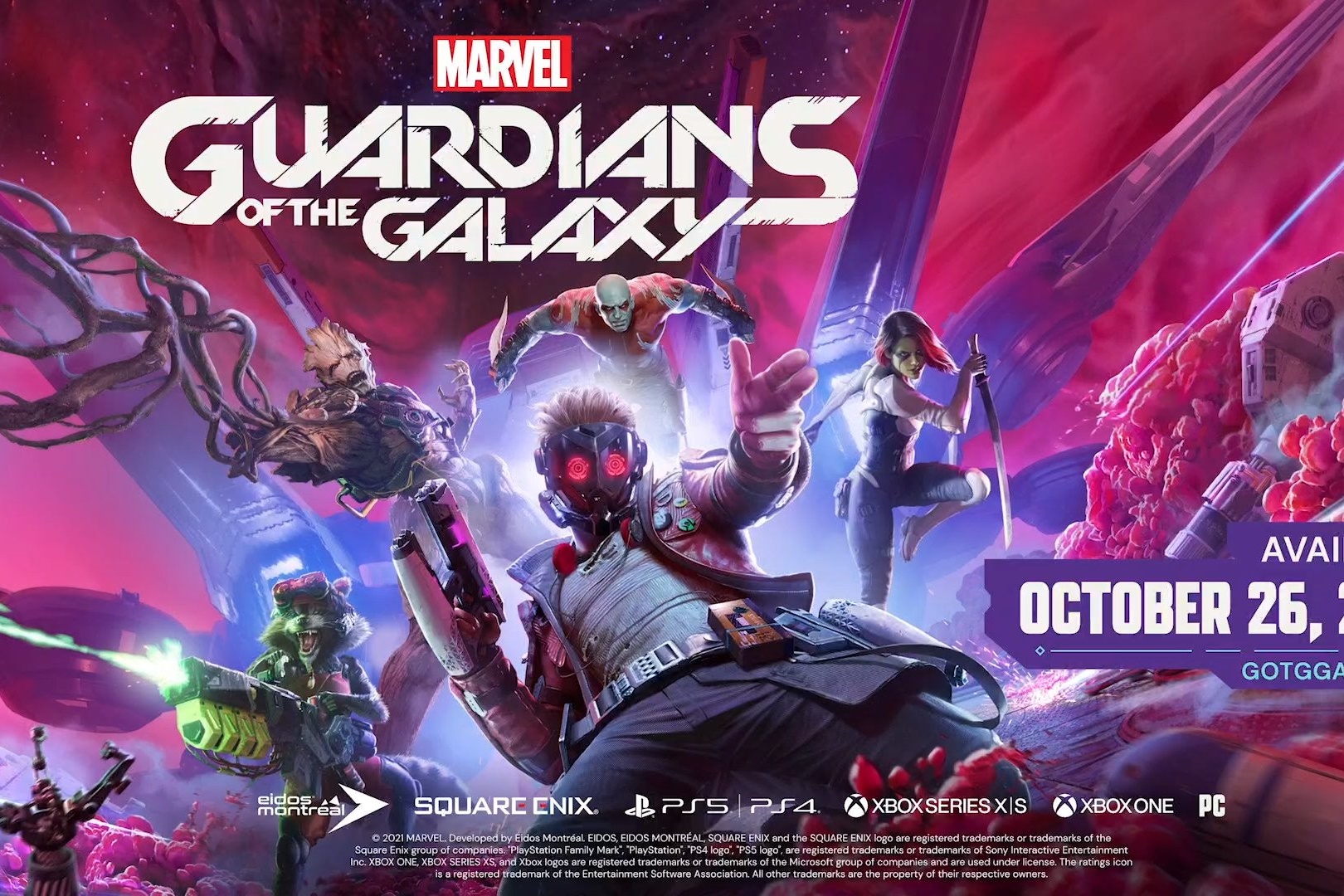 Square Enix had already promised a big reveal for this E3 2021 through Eidos Montréal, and now the studio has revealed the game Marvel Guardians of the Galaxy! The coolest thing is that, in addition to knowing the game, its gameplay and themes, we already have a release date!

The official game of Guardians of the Galaxy arrives October 26, 2021 for PC, Xbox Series X|S, Xbox One, PlayStation 5 and PS4. At the invitation of the producer, we had the opportunity to check out an exclusive presentation with just over half an hour of information about this ambitious project, and you can check it out below!

After the somewhat controversial and frustrating release of Marvel Avengers, it’s a relief to see that Guardians of the Galaxy seems to be on a different path. For starters, the developer has guaranteed that it won’t have any DLCs, let alone microtransactions, so whoever buys the game will get all its final content right away.

Another decision that seems right was to reduce ambitions a lot and focus all the action on a single character in a well told story with a beginning, middle and end. Here, the player takes control only of the Starlord (our Star-Lord), but the other Guardians are always by his side in misadventures.

In this cinematic third-person action feel, the game is very close to the kind of narrative we’ve seen in the franchise. Uncharted, but with a few extra spices, like a fun branching story. At certain points in the plot, it will be possible to make choices and shape the storyline to your liking.

In one of the excerpts shown, the team discussed whether to send Groot or Rocket as bait and false prisoners on a mission. After Gamora and Drax’s votes, it’s up to you to cast the minerva vote and choose who will be the “lucky” turn, pulling some traces of Telltale Games games in the process.

But the best element of this mixtape is the combat, which seems to draw heavily from the source of Devil May Cry or from Platinum Games’ thrilling titles. Starlord is more agile than all the characters we’ve seen in Marvel Avengers, mixing special attacks, close range attacks and long shots to build your combos.

Turn up the sound!

Anyone who has seen the space heroes movies in the cinema must remember well how the soundtrack is a big part of the experience. This insight from director James Gunn is also very noticeable in the gameplay snippets we saw and in the official trailer, which is packed with the classic Holding Out for a Hero, by Bonnie Tyler.

Looks like your agent has been working hard this month, as the same song appeared in the trailer for the new he-man from Netflix, but that only further strengthens our nostalgia and sense of living in the 1980s, ubiquitous on Starlord’s mixtape.

In the game, music is also its special power and can be used in combat with a neat animation of the hero showing his walkman and turning up the sound. You can look forward to several hits of the season during the action! In the demo, the team faced an army of thorny red jellies (yeah) while the Starlord placed bad reputation, by Joan Jett, to set the tone for the fights.

Mix of cinema and comic book

Although Marvel Guardians of the Galaxy drinks heavily from the cinematographic source, even as it is most responsible for popularizing the characters, senior producer Olivier Proulx said the idea is to “create our own interpretation of the guardians”. Even so, don’t expect to see Chris Pratt and the rest of the cast in the game!

Instead, senior storytelling director Mary Demarle worked closely with Marvel Games creative VP Bill Roseman and comic book author Dan Abnet to ensure the heroes were faithful to the comic books. The comics, then, are the main creative source for these stories.

In this narrative, the team has been acting for some time as Guardians of the Galaxy, and the director’s idea is that “the story brings a lot of weight to the fact that they are a family and are always next to each other”.

With priorities apparently in place, Guardians of the Galaxy seems to have a good chance of erasing the bad taste left by the Avengers game and delivering a good dose of action and humor to Marvel fans. What did you think of this ad? Comment below!